If you love magazines, you’ll love Readly! Download Readly now and enjoy all of your favorites and over 4,000 top magazines - all you can read, all in one easy-to-use app. It’s like having a newsstand in your pocket! Winner of “Best Consumer App” – Apps World Winner of “Newsstand of the Year” – Digital Magazine Awards “Readly is fantastic value for money” – TechRadar “This is like Spotify for magazines, and that’s pretty much as brilliant as it sounds” – Stuff Get unlimited all-you-can-read magazines for a small fixed monthly fee. Over 4,000 US & International magazines, including back issues Share with the family on up to 5 devices – keep the kids happy and safe with our Parental Control feature No wi-fi? No problem. Just download magazines and read offline anywhere, anytime! Never miss an issue – we’ll remind you when new issues of your favorite magazines are available Unique Smart Search – search any keyword or title across all magazines to find you the perfect articles or magazines Favorite, Bookmark and Share – Favorite and bookmark to save magazines for later or share with your friends! Crosswords – Brain train with crosswords, puzzles and sudoku without leaving the app! Optimised for mobile reading - NEW! 5 reasons why we think you’ll love Readly: 1. Readly makes commutes bearable again. Enjoy a good read and keep boredom at bay! Magazines are now mobile friendly and can be downloaded to read when there’s no Wi-Fi. 2. Do more with Readly. Reading magazines has never been more fun! Bookmark and share articles with friends, play crosswords and follow external links all without a paper cut in sight… 3. Take home comforts on holiday. Catch up on the latest gossip magazines over a drink. Don’t worry about lugging hundreds of glossies to the beach, just take your phone or tablet! 4. Best value for money. Get all of your favorites and over 4,000 magazines in one subscription. Did we mention you can share Readly on up to 5 devices AND access all the back issues? 5. Be at the start of the magazine revolution. Excited? You should be! Don’t take our word for it, download the award-winning Readly app and try it now! What are you waiting for? A Readly subscription gives you full access to all magazines available in your region. It will automatically renew every month on your iTunes account until you decide to cancel. You can change your subscription at anytime in your Account Settings. Any changes to your subscription need 24 hours to come into effect. Terms and Conditions of Use and Privacy Policy: https://www.readly.com/legal 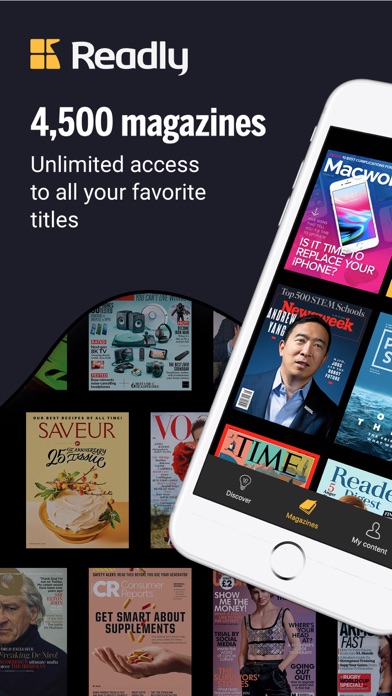 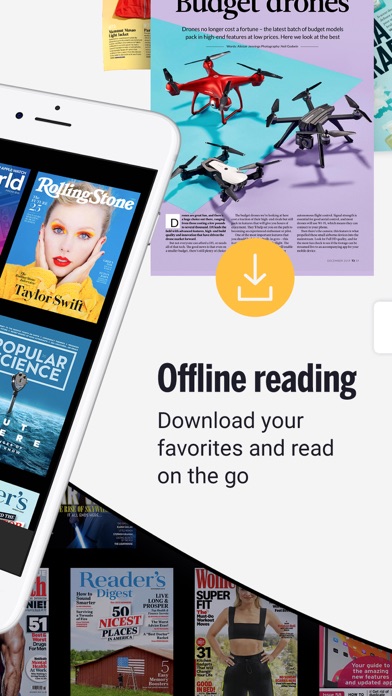 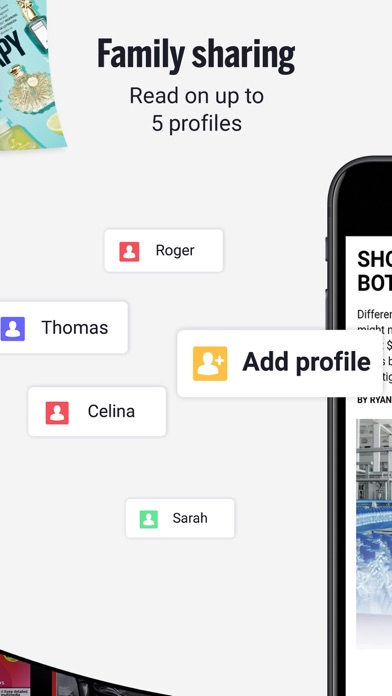 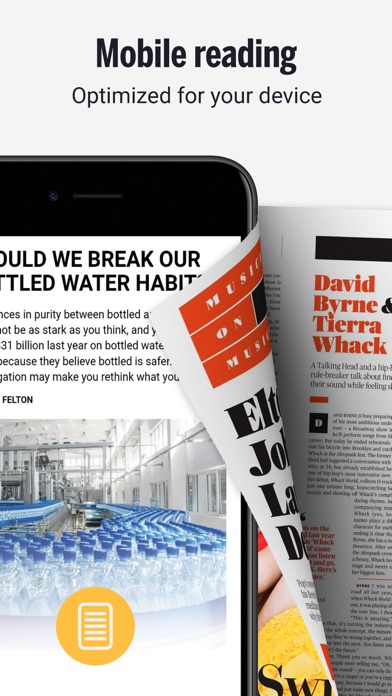 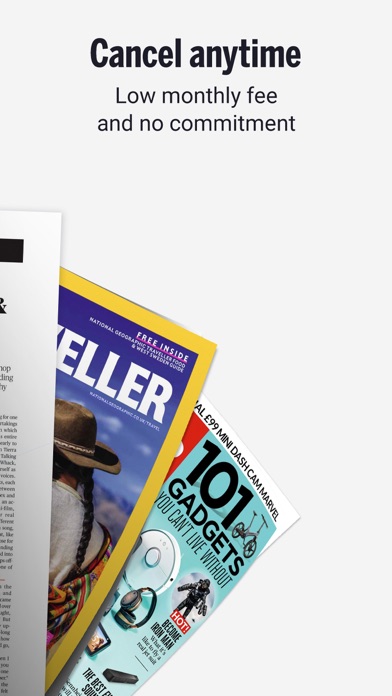 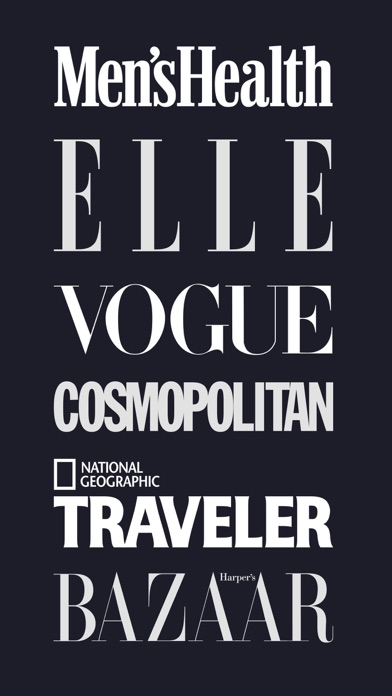 At first look you see lots and lots of awesome magazines; Surfer, Skateboarding, Water Ski, Canoe & Kayak... but then you figure out that the most recent issue of any of these is from 2016 or 2018. False advertise much? The only reason that I keep it is for the pew-pew magazine selection because the commies at Apple won’t carry them on News+. You get three stars for that.
By Rocketeir

I love this app. It saves me so much money. I like magazines but they cost so much at the store. So this is so much easier and cheaper. Plus the have magazines I wouldn’t get in the USA.
By Cecile1959

I was out for two month subscription free thru att and then this company charged me 9.99 i don’t trust crooked companies like this and there’s no way of contacting them
By Kennyg66

Great app, some bugs though

Love this app, but I seem to be having some trouble with user profiles. First, looks like all users had their gender switched. Second, if I tap any profile name, it says "Sorry! Something went wrong. Please try again. Thanks". Well, I restarted and tried again, but no luck. I was able to get out of this by going to settings > general > show user profiles on startup. After selecting a different profile I could use the left side menu profile selector again. To me this seems like a bug: downloads made from one user profile show up in the downloads section of another user profile. That's inconvenient when sharing an iPad with two users. Bug or feature? Finally: I miss the colored icons in the user profiles, it just looked more cheerful. :)
By pgk2008

This would be a great purchase but I can’t do the 11.99/month especially during these awful times.
By bsolue

I have written support twice and received no answer. So I am scared to start it. Also, I’d prefer to pay with my Apple account.
By ThePowerwriter

that is all Also they have a beer magazine!
By metal14

Use website for the lower per month rate.
By Destroyer76

I was so hoping this would be an alternative to Apple news plus. Texture was the best magazine app until Apple consumed them. Any way, this app is missing major US magazine titles, Time, being one of them, Cooking Light, Clean Eating, GQ being some of the others. If they include those titles I’d signup in a second flat
By BuyerPHX

One of the best apps in the app store

I never write reviews. But Readly deserves to be on every ipad. So much better than what apple is offering. Worth every penny and never any issues with the software. If you like magazines you will love this app.
By Spuncken