If you love magazines, you’ll love Readly! Download Readly now and enjoy all of your favourites and over 4,000 top magazines - all you can read, all in one easy-to-use app. It’s like having a newsstand in your pocket! Winner of “Best Consumer App” – Apps World Winner of “Newsstand of the Year” – Digital Magazine Awards “Readly is fantastic value for money” – TechRadar “This is like Spotify for magazines, and that’s pretty much as brilliant as it sounds” – Stuff Get unlimited all-you-can-read magazines for a small fixed monthly fee. Over 4,000 UK & International magazines, including back issues Share with the family on up to 5 devices – keep the kids happy and safe with our Parental Control feature No wi-fi? No problem. Just download magazines and read offline anywhere, anytime! Never miss an issue – we’ll remind you when new issues of your favourite magazines are available Unique Smart Search – search any keyword or title across all magazines to find you the perfect articles or magazines Favourite, Bookmark and Share – Favourite and bookmark to save magazines for later or share with your friends! Crosswords – Brain train with crosswords, puzzles and sudoku without leaving the app! Optimised for mobile reading - NEW! 5 reasons why we think you’ll love Readly: 1. Readly makes commutes bearable again. Enjoy a good read and keep boredom at bay! Magazines are now mobile friendly and can be downloaded to read when there’s no Wi-Fi. 2. Do more with Readly. Reading magazines has never been more fun! Bookmark and share articles with friends, play crosswords and follow external links all without a paper cut in sight… 3. Take home comforts on holiday. Catch up on the latest gossip magazines over a drink. Don’t worry about lugging hundreds of glossies to the beach, just take your phone or tablet! 4. Best value for money. Get all of your favourites and over 4,000 magazines in one subscription. Did we mention you can share Readly on up to 5 devices AND access all the back issues? 5. Be at the start of the magazine revolution. Excited? You should be! Don’t take our word for it, download the award-winning Readly app and try it now! What are you waiting for? A Readly subscription gives you full access to all magazines available in your region. It will automatically renew every month on your iTunes account until you decide to cancel. You can do this at anytime in your Account Settings, it’s up to you to decide. Please cancel your subscription 24 hours prior to the next billing period to avoid charge. Terms and Conditions of Use and Privacy Policy: https://www.readly.com/legal 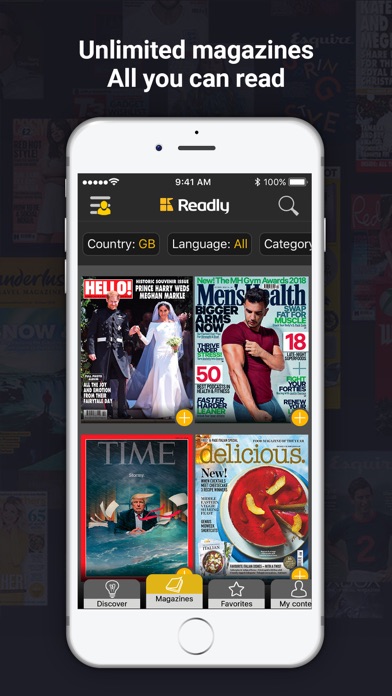 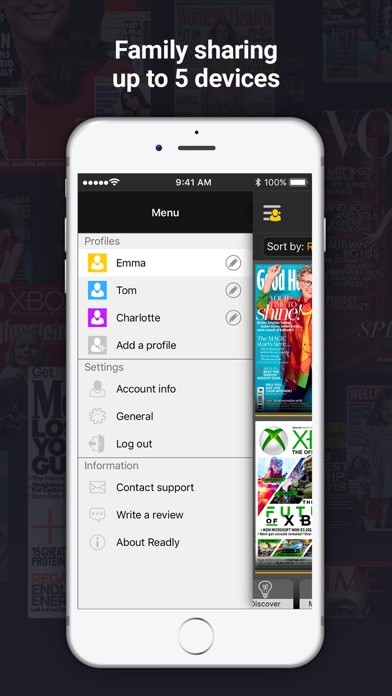 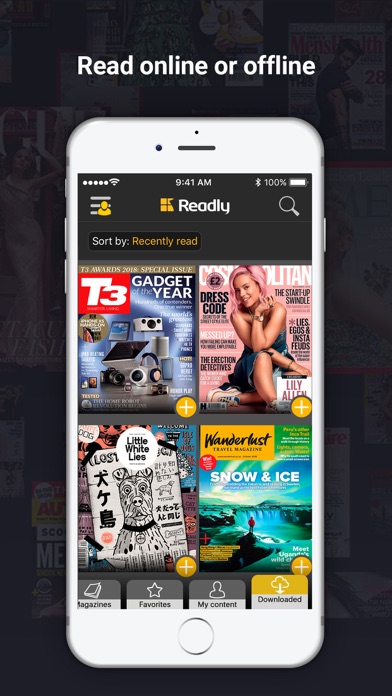 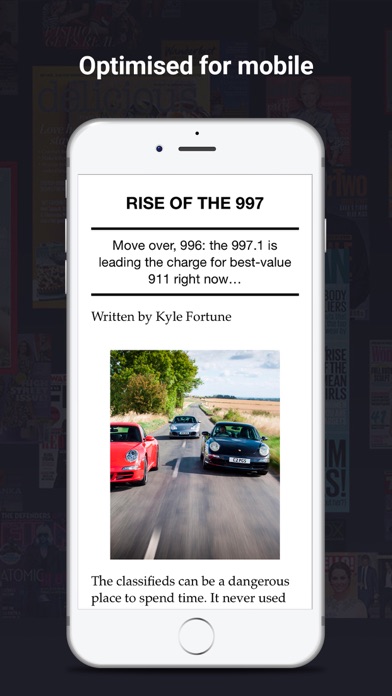 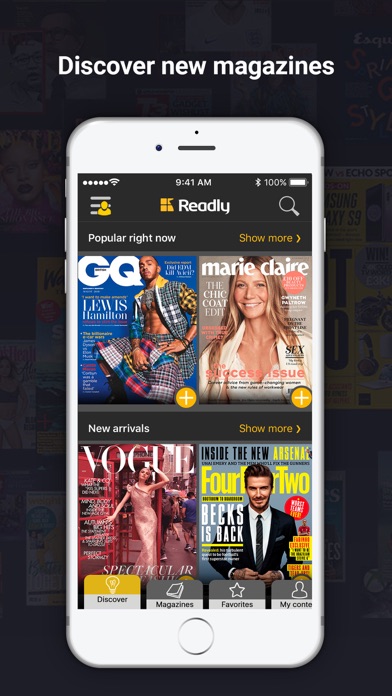 Great idea, but a poor selection of magazines.
By bored kid

Someone Finally Got This Right

After trying several buffet-style digital magazine services over the past few years, I had just about given up on anyone pulling it off. Zinio - terrible interface, priced per magazine. Texture - few titles of interest. Magzter - scam. Finally, Readly comes along and hits a home run - great titles, great interface, great price! Readly's offerings are mostly high-quality British mags, superior in every way to today's American mags, which are 90% ads and 10% unsubstantive filler "content". Readly's interface is very intuitive, but most importantly, it gets out of the way and lets you enjoy the magazines... but I do recommend the largest tablet you can get - I used my Readly subscription as an excuse to spring for a new iPad Pro 12.9", and the entire experience is glorious.
By Texas_Compadre

I love the app when it works. Lately I’ve been getting a black screen when I open the app and there’s nothing I can do to make the app work. I’ve done all of the recent updates and it’s still happening. Is this common??
By LESLIEWAS

Few good titles and half want download
By diva2009

Used to have texture which was bought by Apple. This blows them both out of the water!
By 1luVbush

Best mag reader out there

I have been a subscriber for years to two rival magazine readers. Then I tried Readly, amazing software, elegant in design and use added to an extensive list of titles from around the world with titles the competition cannot match. Never going back.
By Andy011

Complete rip off to American readers

Little value for high price. I wanted an all access service to popular American magazines, plus a few niche, to replace Texture, now Apple news. Readly costs 11.99/mo, more than Texture, and offers a fraction of quality publications. Ninety percent of the magazines are British, including fashion magazines like Bazaar, Marie Claire and Vogue. Popular mags like In Style, Glamour, Allure, Bon Jour, Vegetarian Times, Better Homes & Gardens, and Family Circle are NOT even listed! Oh, but they offer a watered down version of Playboy. Readly is heavy on British tabloids, guns and hunting, British cooking and health mags, and tech mags. The only pro was the random, niche special interest issues on things like music, crime, history, and specific technology like iPads.
By Blackdahliany

There is such a plethora of magazines on here that you won’t know where to begin.
By normality2000