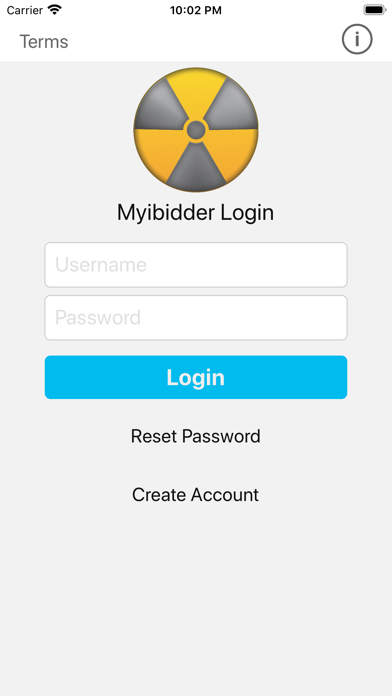 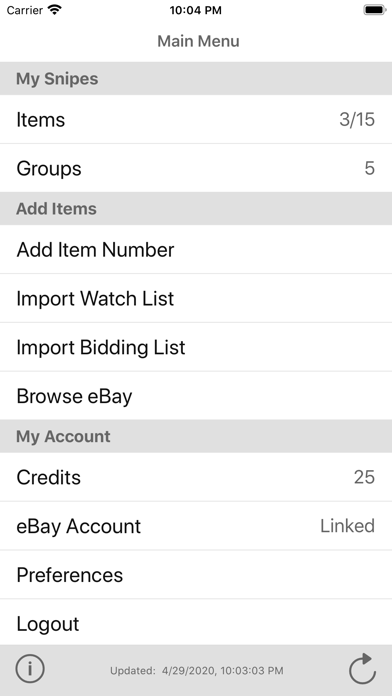 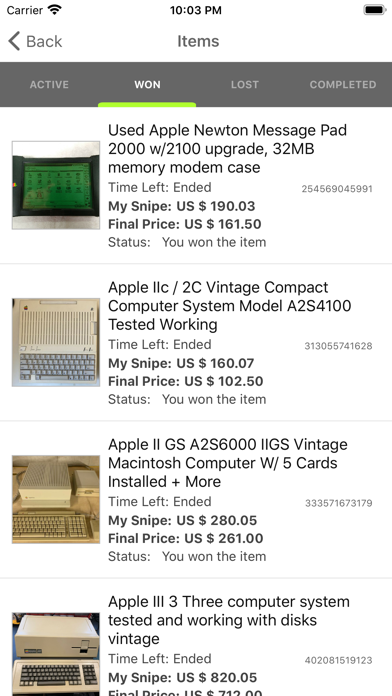 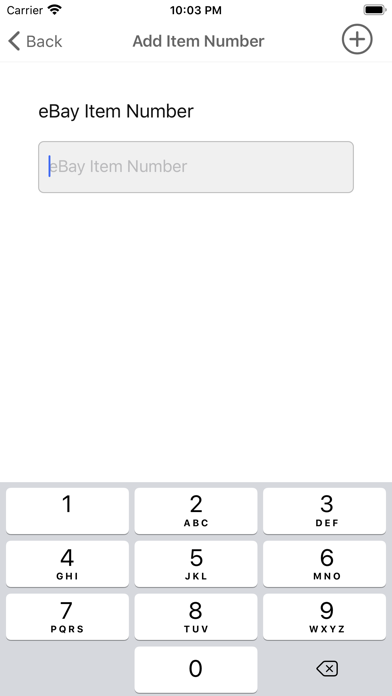 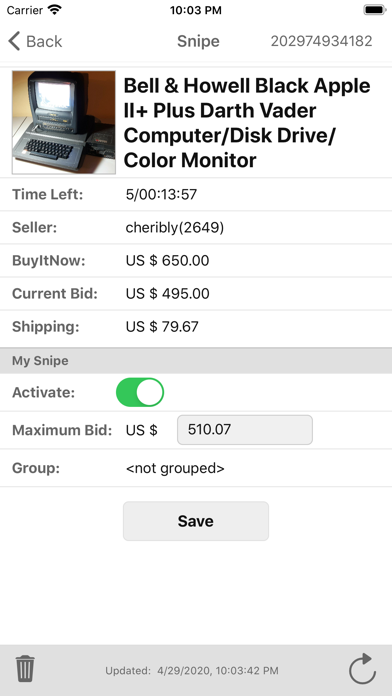 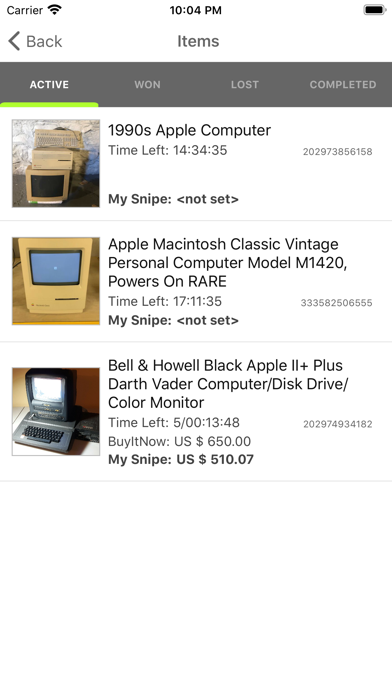 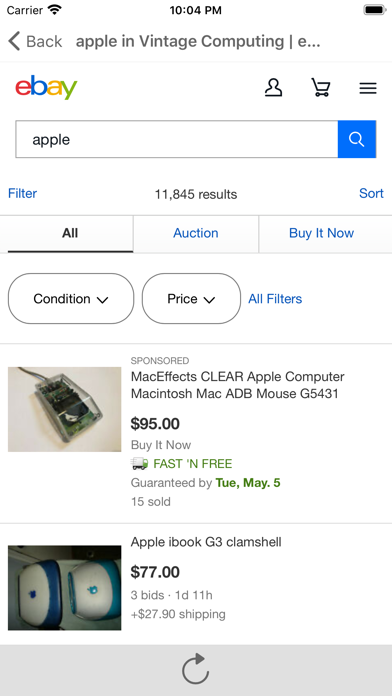 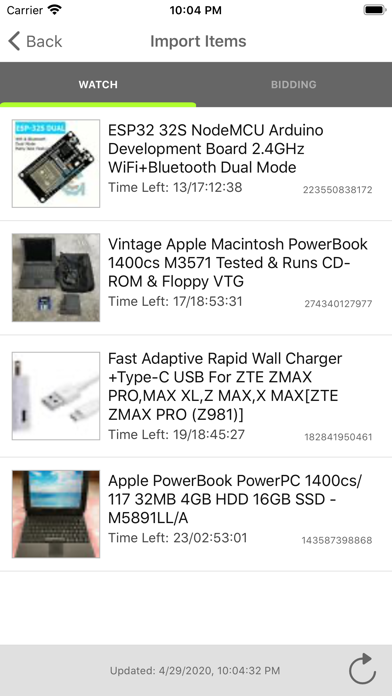 I used to wait until auction will end in the middle of the night and be disappointed when I didn’t win it. Not anymore. After I found this app I can set my snipe and go to sleep. In the morning I will get a report what I won and what I lost.
By SashkaB

What a great update that has rectified many issues I'ved had.
By MmmmEeeeNnnn!

It was great until it broke

It worked perfectly for several years. Then one day it wouldn’t log me in. I tried both changing password and creating a new account but I never got the email that would allow me to do so.
By ridirhhebe

I lost 8 bids in a row. This app didn’t work
By sad bidder

Tech support is a STALKER BEWARE

I have lost multiple items even though I was the highest bidder. I contacted Tech support and got a STALKER. He not only couldn’t help me but, He has emailed me 14 times after I told him not to write me back. My problem is the app keeps disconnecting from Ebay and I asked what could be causing this, it’s happened over the last couple of years. He said that it’s not possible. I sent him a screenshot of the last time it happened in May and he said that has nothing to do with this, That was back in May. That’s when i said don’t reply to me anymore. 14 emails later do yourself a favor and Stay Away! This guy has contacted me 5 more times today since I wrote this review This is not a fake review it’s exactly what happened. The developer blames me for not linking the account, I had already won items and lost some due to my bids being to low. How did I win any if my account wasn’t linked. I rmn reviews and then seeing the responses from how the customer gets blamed for for whatever problems occur if they leaveždlxppp!"”0
By I'm wolfman2020

Great sniper app. I like the concept “set and forget”. Makes the process so easy. Thank you Devs!
By issues lesson 1