HINGE, DESIGNED TO BE DELETED Hinge is the dating app for people who want to get off dating apps. And it’s working. Currently, 3 out of 4 times Hinge members want to go on a second date, we’re the #1 mobile-first dating app mentioned in the New York Times wedding section, and we’re the fastest growing dating app in the US, UK, Canada, and Australia. HOW WE GET YOU OFF HINGE In today’s digital world, singles are so busy matching that they’re not actually connecting, in person, where it counts. Hinge is on a mission to change that. So we built an app that’s designed to be deleted. * We quickly learn your type. You’ll only be introduced to the best people for you. * We give you a sense of someone’s personality. You’ll get to know potential dates through their unique answers to prompts, and personal information like religion, height, and politics. * We make it easy to start a conversation. Every match begins by someone liking or commenting on a specific part of your profile. * We ask how your dates are going. After exchanging phone numbers with a Match, we’ll follow up to hear how your date went so we can make better recommendations in the future. The app is free to use. Members looking to see who likes them or to set advanced preferences can upgrade to a Preferred Membership. THE BUZZ ABOUT HINGE “Hinge’s CEO says a good dating app relies on vulnerability, not algorithms.” - Washington Post "Hinge is the first dating app to actually measure real-world success" - TechCrunch “A great option for those fed up with temporary love.” -TheNextWeb SUBSCRIPTION INFO Payment will be charged to iTunes Account at confirmation of purchase Subscription automatically renews unless auto-renew is turned off at least 24-hours before the end of the current period Account will be charged for renewal within 24-hours prior to the end of the current period Subscriptions may be managed and auto-renewal may be turned off by going to Account Settings after purchase Support: hello@hinge.co Terms of Service: https://hinge.co/terms.html Privacy Policy: https://hinge.co/privacy.html 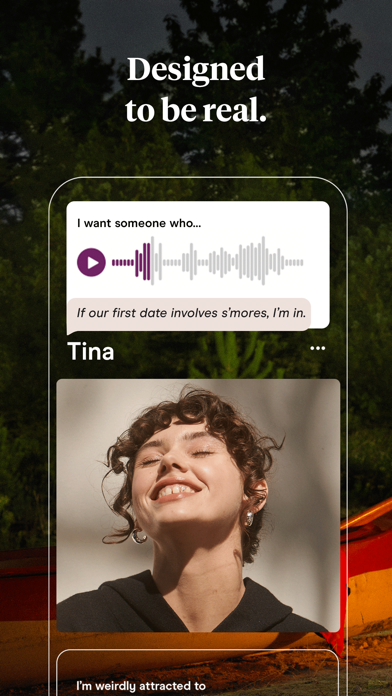 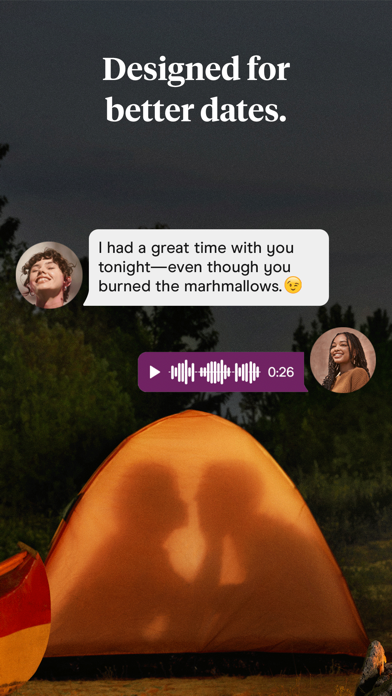 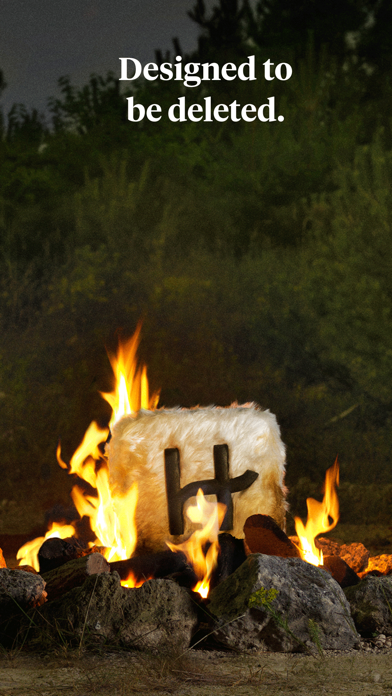 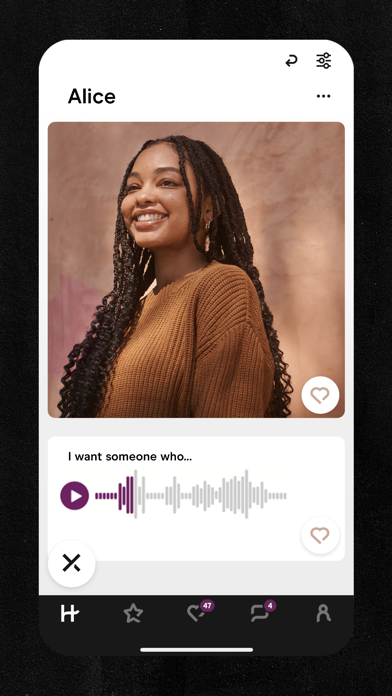 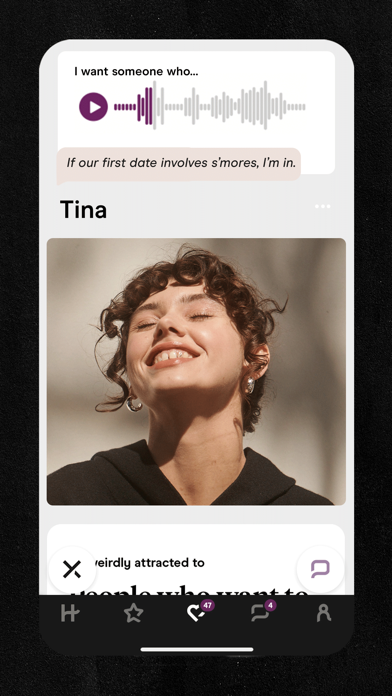 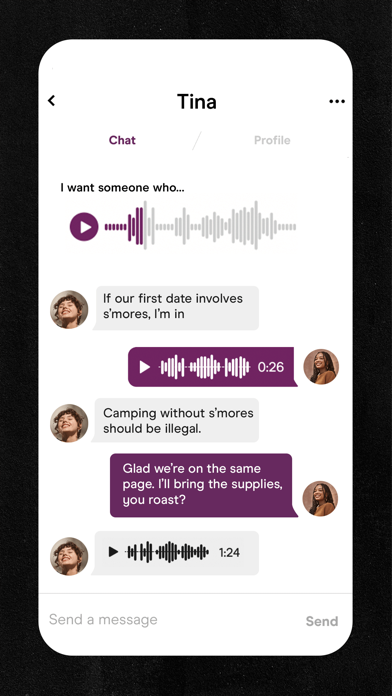 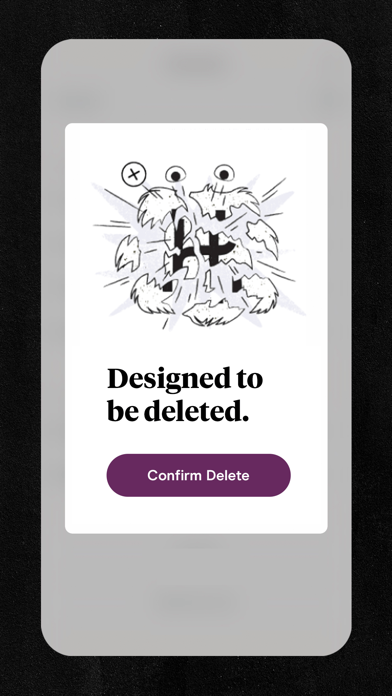 This is the one

Matched with my wife on here 1.5 years ago. We had instant chemistry and had the same goals. We’re expecting our daughter now and just got a home together. Tinder and Bumble were a joke, apps used to get laid, I found the real thing on Hinge
By Jun and Caro

I got banned without any explanation of why. I did an appeal and they denied it and refused to tell me why I was banned
By Sirdingleberry esq

I use the free version. I’ve paid for the premium before, but the price has gotten so high and there really are zero benefits to it apart from being able to send more likes a day. With that said, over the last three months I have managed to zero out my age bracket and only see “just joined “users. This is now the third time that the app has automatically reset and cycled me back through all the people I clicked X on before. What’s up with this? It has become an endless loop
By C-dubdesigns

A little racist but alright I guess. Dealbreaker neighborhoods maybe?

The whole deal breaker on race is a little cringes to say the least, but if we are doing this if you are in NYC can you change distance by miles to neighborhoods so people who live outside of lower Manhattan and Midtown don't have to look at the rich people in that area who only want to date other members of the bourgeoisie club? Just a suggestion.
By Mann8908

It’s a lot better than tinder but there still bots on the platform and getting better at talking back. So far some ppl won’t talk back or start a conversation which kinda gets annoying. They should have a thing where if there’s no conversation happening for a week than might as well unmatch since there’s no point. Also I have nothing against trans but if someone is open to meeting a trans person than let them have the option too but if they don’t wanna they should be filtered out
By Hectuurrd

Not for people with kids

The concept of the app is great what I think might make it better is: 1: Have a verification option, just feel some accounts are bots since some prompt answers are very much the same/close to others. 2: Kind of ties into 1, maybe get rid of the answer suggestions for the prompts/questions because if they aren’t bots, people seem to not become too original since a lot of them seem to use just the suggestions… It’s a little different from other apps in a good way but I think a verification option should be added.
By John_WF

Downloading this app now would be a waste of time… because I already got the most perfect girl on there!!
By kateehove

What’s with all the fake profiles?

You’re turning into the new POF.
By Kmac804