Features ------------ -Weekly Satellite Map Updates: We are the only navigation app that updates its satellite maps every week, so that you can always see & navigate the latest lease roads. -Advanced Search: Search by lease name, operator, state and API number. -Dynamic Map: See nearby wells on a map and go from high-level cluster view all the way to individual wells with ability to see and hide wells surrounding a selected well. -Cloud Profiles: Create an account and access your app with all your favorites from any device. -Navigation: navigate to a selected well, SWD or Rig via Google or Apple Maps. -Favorites: Save well and other points of interest to a list of favorites for quick access. -Show favorites on map: see all your favorite wells on the map. -Work offline: work in airplane mode after downloading your data, no need to worry about cell coverage. -Monthly Well Updates: receive automatic data updates with hundreds of new locations added every month. -Support: Our friendly, Houston, TX based client success team stands ready to help with any issues - Free Trial: Download Wellsite navigator for free and try it out for 7 days! Subscription ---------------- - The subscription allows users to receive monthly data updates and have access to all features and layers. There is no contract, so you can cancel any time! - Subscriptions can be either monthly at $9.99/month or annual at $99.99/year (saving you 17%) - Payment will be automatically charged to iTunes account at the end of the free trial, unless cancelled before the end of the trial. - Subscription automatically renews unless auto-renew is turned off at least 24-hours before the end of the current period - Account will be charged for renewal within 24-hours prior to the end of the current period. - Subscriptions may be managed by the user and auto-renewal may be turned off by going to the user's Account Settings after purchase - No cancellation of the current subscription is allowed during active subscription period. - You may view the privacy policy at https://www.wellsitenavigator.com/privacy-policy/ and terms of use at https://www.wellsitenavigator.com/terms-of-service/ Feedback If you encounter any issues, or want to request new features, please contact us at help@wellsitenavigator.com 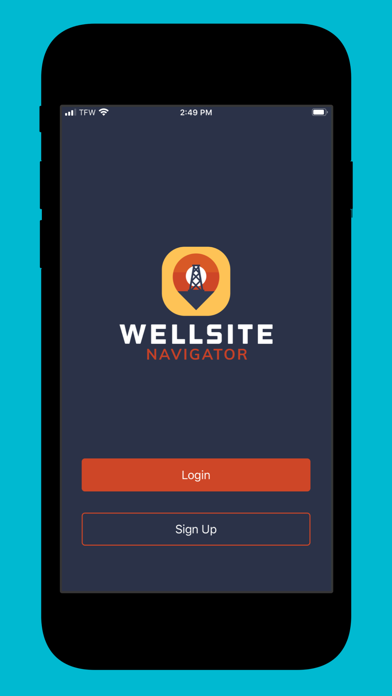 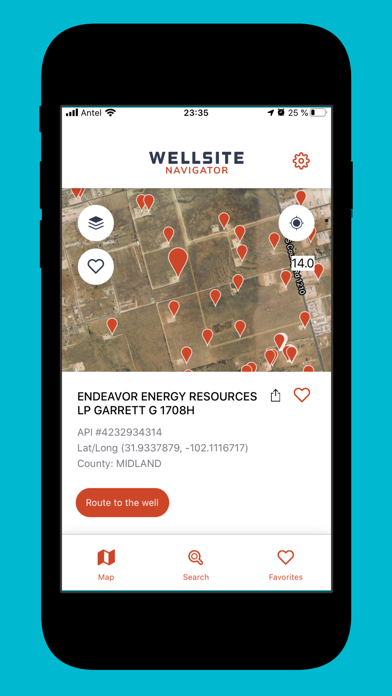 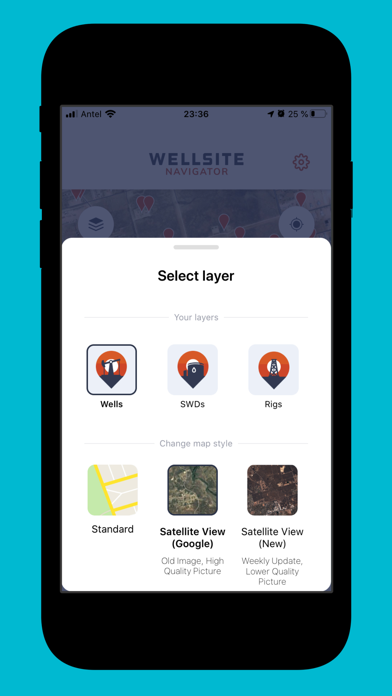 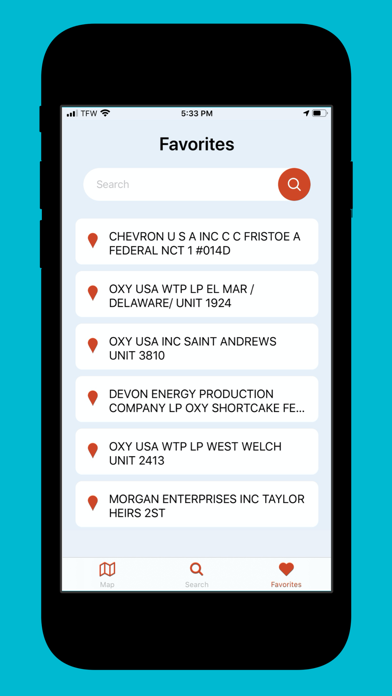 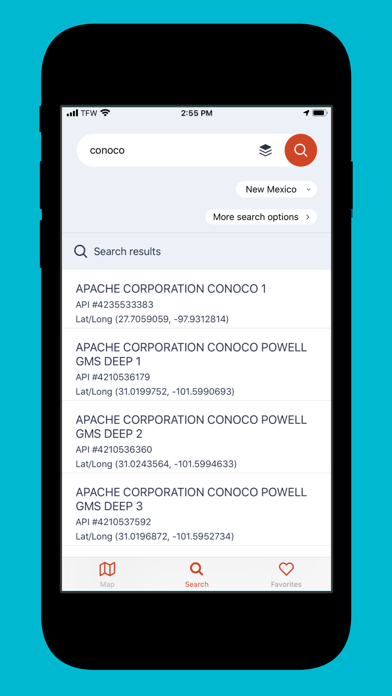 I love the old version but unfortunately when I upgraded my iPhone the old version is not available so I jumped through all the hoops to get in to the new version and it still will not find any wells I try to look up but on my old phone with the old version I can find them. When I contacted support about the issue the sent me screenshots of them being able to find what I was looking for a lot of good that did me and after several emails back and forth I was told there would be an update coming out in a couple of hours to try that and see what happens. I payed for this to use and when I need it it doesn’t work
By Jack10909

I’ve been using Wellsite navigator for several years now and pay monthly have no issues. However, with the brand new update and features, I am unable to search for locations that used to immediately pop up when entered into the search bar. Hopefully an update improvement is coming very very soon. If the issue is repaired, this app is definitely a 5 star!
By hot Oiler

This update is no good...

You have to login whenever you close it and even when you do login it still shows errors until it decides to work... I can’t even count on using this app anymore because I don’t know when it’s actually going to work...
By RVBisnatch

it was an awesome app before this new update now it won’t allow me to find anything. go back to the old software. so much more handy and. enter to work with.
By vqzmtz22

I have used this app for years and actually paid for the subscription. It is no where near user friendly anymore after the recent update. Google doesn’t have well coordinates, nor are lease roads often marked. API search doesn’t even work for Wells I worked on TODAY!!
By lanemj12

As the title says, the most recent update is very buggy, sometimes it’ll work and sometimes it won’t. I enjoy the app and would like to see it get its few issues fixed.
By Ankorion

This app was listed as free on feb7, 2020. i note it is a subscription. So, is it really free for this first year, or will you try to charge my Apple account? Because if you do charge the 9$ after 7 days free trial, this should never be listed on a free app site. That would be very deceptive...?
By Smaktcat

Has a few bugs

I’ve been using this app for over 3yrs and the only issues I found where the update and map When I hit the button it does nothing but it seems new wells always seem to show up when I search for them but version shows I am way behind the current version. Besides for that I have never gotten lost using this app. I did hotshots for a while and ran all over West Texas and South East NM and used this app to find wells and always got me to the location. Only issue I ran into is once in a while a lease road would no longer exist on the map or would be blocked off with a ranch fence.
By Marcvx

Cancel any time...if you can figure out how!

Enjoyed app while I used it. Cancelling took me five months.
By Fedoe55

Have a subscription and this app does what I need it to do. Most people in my company use this as well, all our new drills show up so long as you search by API (otherwise it may be spelled differently than the well name given to you). For people worried about the app not taking them directly to the well with turn by turn, that’s on Google or Apple maps. They don’t pick up on all the dirt roads. You need to use it like an improved paper map, click navigate, then in Google or apple maps turn on satellite view. Spotting fence lines take some getting used to, but it’s better than anything else. Just use some critical thinking and this app is great.
By Bbau998