Become a demigod and keep the horde of heathens away from your temple! Take on the role of one of the mighty Greek heroes and defend your temple against hordes of mythological creatures using a vast array of powerful weapons and godly powers! Clash of the Olympians highlights: * Action packed defend the temple game that will test your wits and precision! * 3 Heroes to choose from: Play as the mighty Heracles, the quick Perseus or the legendary Achilles! * Face mythological creatures with different abilities! Minotaurs, Gorgons, Harpies and more! * Train your hero! Upgrade his weapons and grant him special powers! Each hero has his own arsenal so choose wisely! * Arcade style rewards! Show off your skill by performing head shots, multi-kills, quick kills and more! So what are you waiting for! The hordes of Hades are approaching and only you can stop them! Bring'em ON! 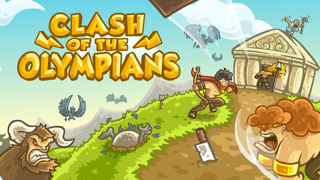 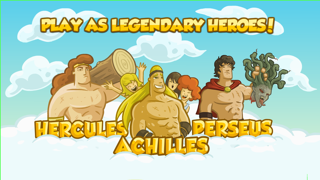 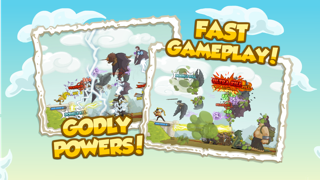 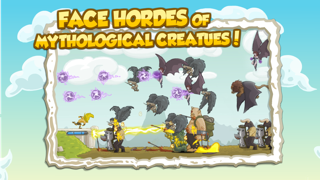 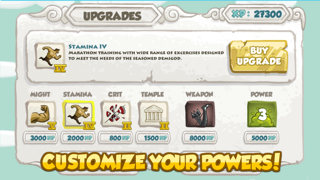 Wonky Game, could be fun, but it crashes a lot.
By Niklas Paul

I think that this game is pretty decent but I agree with most of the other reviews it needs an aiming reticle or dotted line and a couple more hero’s plus the balancing between Achilles, Hercules, and Perseus is terrible I have always be n a fan of the Ironhide games and saga so I’m hopeful no it gets an update soon but overall it’s not terrible.
By RoomierCarp3121

I expected a decent game out of the company that brought kingdom rush but this is horrendous. There is no consistency in aiming in this game and you can aim at the same target and expect a different result for each throw. If I were you, don’t waste your money on this game you’ll just get frustrated.
By Sammy5478

What a terrible game

Everyone is right: it’s the aim issue. And If you lose, unlike other games like these, you don’t keep the earned gold. So you’re stuck firing perfectly but missing over and over while you have to replay the same level over and over just to hope that it finally shoots the lightning lizard dude enough times so you can pass. Games that you pay for should feel more rewarding than this. “Let’s take what we saw on old school flash games but someone make it worse and not enjoyable.” This game would be fine if you could keep the XP you got from slaying enemies and then upgrade until you can beat the levels. At least the poor aim makes sense using this upgrade mechanic. But you can’t. No way to replay old levels to earn XP.
By Dadudemon

The game is really fun and good
By Markymar15

The Easter eggs and pop culture references which you’ve grown to expect from the Kingdom Rush series are not there. Aiming is difficult on a phone and there is little consistency in where your arrows or spears fly. It’s worth a dollar if you’re bored, but not up to the quality of their other games. Buy the Space Marines title or KingdomRush titles instead.
By Thetangke

Good game; lacks polish compared to other titles by this publisher.
By MusicDude70

Fun, wish there was more

So this game I had on my Android years ago. I paid the lil dollar to have it on my iPhone recently and it freezes often. Other than that love the game. Just wish it had more levels, more characters, more abilities. What it the game character actually moved around 😱 crazy right! I should develop games 😁
By Mister Rogue

Can’t hold a candle to their other games. Don’t waste your dollar.
By JjBbJj1837