1 Second Everyday is a video diary that makes it easy to take your day-to-day moments and create a meaningful movie of your life. It’s a home for all your notable memories, not just the Insta-worthy. Get started with 1SE today! 2x winner of the “Best Use of a Mobile Camera” WEBBY Award. Featured by Apple, BBC, TED, CNN, Fast Company and more! "For over 6 years, I've been recording 1 second every day, so I'll never forget another day ever again. This project has had such a positive impact on my life. This lead to the development of 1 Second Everyday; which makes it easy for anyone to do this too. Being able to relive every single day has provided me with a treasured perspective on life. It holds me accountable for making each day notable. When I turn 40, I'll have a 1-hour compilation that encapsulates my 30s. If I live to see 80 years of age, I'll have a 5-hour video that summarizes 50 years of my life." - Cesar Kuriyama, 1SE Founder Why 1SE is awesome: - AD FREE: 1SE is free to use without ads! - AUTO-FILL: Don't know where to start? Auto-fill your days with ease! - ROTATE & FILL THE FRAME: Pesky vertical videos? Begone! Lopsided videos ruining your mash? No more! You can rotate and fill the frame to your heart's content. - UNLIMITED MASHING: Make 1SE videos of any custom length. Monthly, seasonal, or the past 5 years. You're in control. - 2 KINDS OF PROJECTS: Start out with two different styles of projects, ‘Freestyle’ for events or trips and ‘Journal’ for a classic day to day video diary. - NOTES: Take note of your day and leave a private message for yourself. - REMINDERS: Set up friendly creative reminders, so you never forget a day! - PRIVACY: Your seconds are never shared with anyone unless you decide to do it. Our core app is free to use but if you want to help support our growing team while gaining access to more features try 1SE Pro! 1SE PRO FEATURES: - Collaboration: Invite your friends to collaborate on videos and remember your life together. - Unlimited backup: Secure your life’s most precious memories and never lose them again! - Unlimited projects: Create as many Freestyle or Journal projects as you want. - Multiple snippets a day: Up to two separate snippets in a day. - Longer snippets: Capture up to 10 seconds per snippet! - Add music: Gain access to royalty-free songs and add some music to your mashes! - Brightness: Edit the shadows and exposure with our updated snippet selector. - Remove 1SE Branding: Remove the date and logo at the end of your videos. Pro & Subscription FAQ: https://help.1se.co/pro-faq Privacy Policy: https://1se.co/privacy/ Terms of Use: https://1se.co/terms-service We love your feedback and appreciate your reviews. Reach out to us at support@1secondeveryday.com Follow 1SE on: - Instagram: @1SecondEveryday - Twitter: @1SecondEveryday - Facebook: https://www.facebook.com/1SecondEveryday 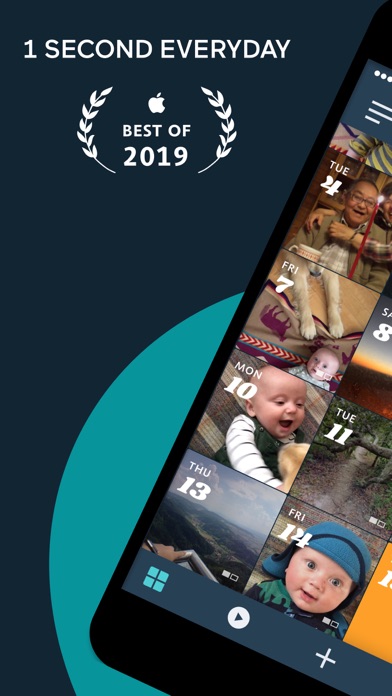 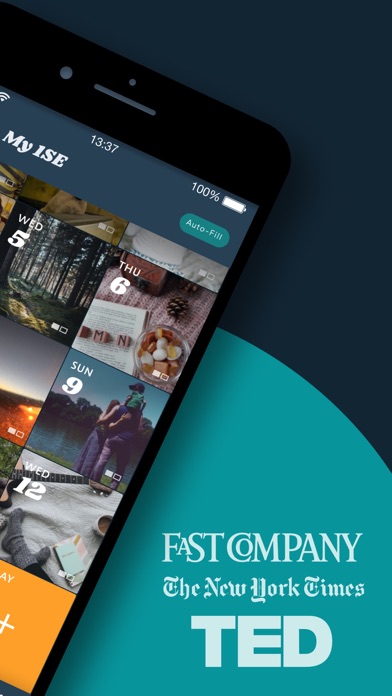 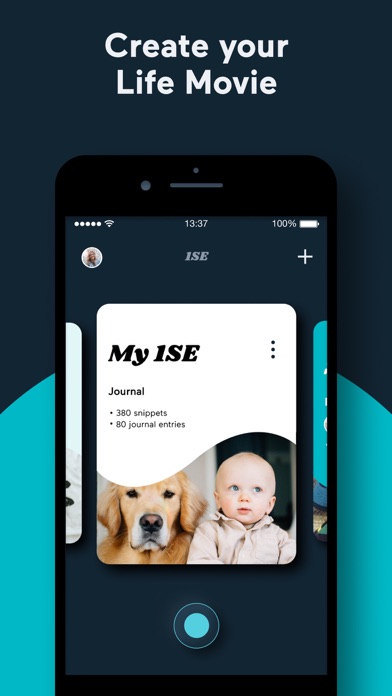 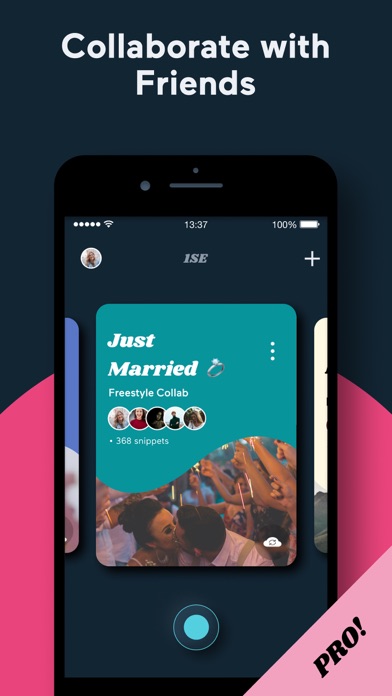 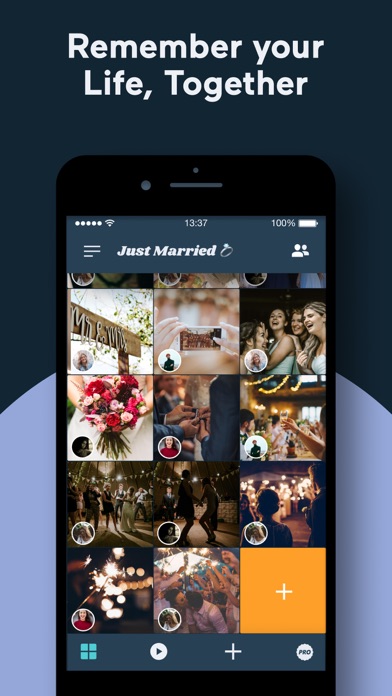 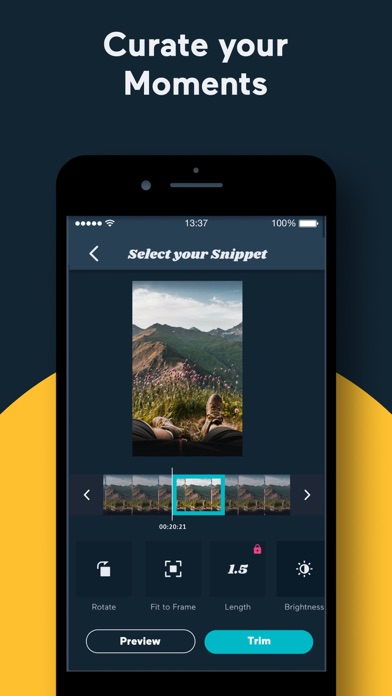 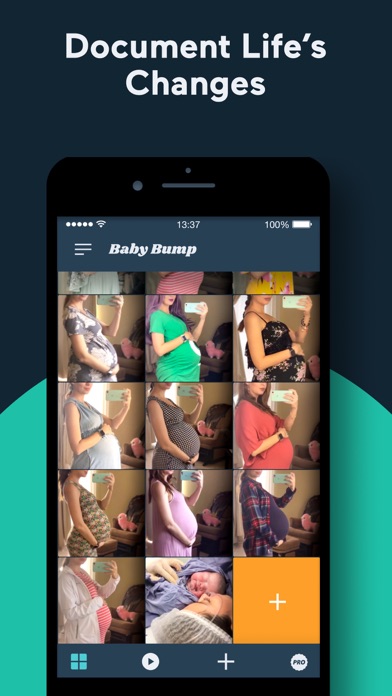 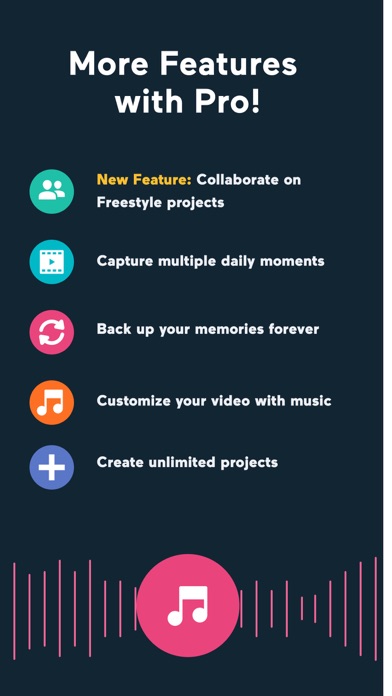 Terrible upgrade. Used to be great

I’ve been using this app for about a year. It was easy and seamless until the early 2021 upgrade. Now everything takes more taps, it crashes often, and the export that used to take seconds takes forever (and crashes often). Fix the issues! Would have had a five-star rating before the upgrade.
By MBDucks

This is a wonderful app that I use daily, however, since the most recent update, it’s left me less than impressed. I use this app multiple times a day and every single time, the app crashes. It’s almost unusable with the amount of times it crashes, which is unfortunate to see
By MH0009009

I’m new to the app and thought it would be cool to go back and make 1SED videos for each year of my 3-year old’s life. The app crashes every few minutes which is so annoying as I have to scroll all the way back to 2017/18 each time it crashes and I have to reopen it. Once the videos are FINALLY done they are great but it’s slow going getting there with all the crashing.
By Kalee Mack

Encouraging you to find joy in the small things, 1SE may very well change the way you interact with life.
By She.says

I love it minus the crashes

I’ve had this app for 2 years and absolutely love it and the new features are even better. Only hiccup is that it crashes every 3-4 minutes. Other than that it’s literally amazing
By Cass3bots

I genuinely love this app; it helped me compile some special moments over the last year and it’s SO easy to use. The only problem is that, over the last month, there have been some really bad glitches that make it almost unusable. When I try to select a video, the app often freezes, rendering me unable to view the video/choose a segment of it. Sometimes, the app will close itself when this happens. I’ve tried deleting/redownloading the it, but nothing’s working for me, so I don’t think it’s a problem on my end. I really like 1SE, but if this problem persists, I might have to stop using it altogether.
By artistdaisyfun

I spent an entire year uploading photos and videos and now I cannot download my one year story I reached out to the support/ development team and have not heard back it’s been two weeks.
By Beach bum123456

Price change- not worth it anymore

I loved this app so much until I realized they now require $50!!!! For the “pro” version. So if you want to mute your videos in order to put music in or add more than one you have to upgrade. No point in having this app anymore because I already tough $30 was a little steep. Disappointing. I’m sure there are other similar apps out there.
By KatieH5184

I’ve been using this app since it was first released in 2013. I’ve seen it grow from a super buggy beta that crashed constantly that first year, to a relatively stable and decently designed app. This latest release has some great features, like the live-photo-to-video feature and being able to crop vertical videos to fit the horizontal frame. Unfortunately, it’s gotten clunky. The save dialogue takes several seconds to save the clip, with no progress indicator. And every few seconds or so, it’ll just crash completely instead of saving. I’m a mobile app designer with hundreds of apps on my phone and none of them are anywhere near this crash-prone. I suspect building all the social sharing features (what? why?) have sapped their development resources from keeping the app running smoothly. I’m also irritated with the subscription model they’re pushing. Why would I pay a subscription for a product I only need to use once per year? I would much rather pay $20 once for a simple app that works, or $5/year at most. Plus... a lot of the “features” like brightness adjustment and removing the 1SE logo from the end of compiled videos, aren’t really features if you can just as easily edit the video in the default photos app and trim off the branding from the end of the clip. Cesar Kuriyama inspired me to start doing this in the first place and I really wanna support his app, but the payment options they’re pushing aren’t great.
By Rasim_Compton

Works great for daily use and love the idea. But if want to fill in a previous year or any previous dates consecutively, the app will get overwhelmed and keep crashing. Crashes after adding every 3-4 new videos. Super annoying and discouraging / a waste of time, but im not good at creating video compilations so i’ll have to suffer through.
By fobordo