Sygic GPS Navigation & Maps is the world’s most advanced navigation app. Lots of smart navigation features, beautiful 3D offline maps and easy to use interface provide exceptional navigation experience. Get Sygic GPS Navigation and join over 200 million happy drivers. NAVIGATE ANYWHERE, EVEN WITHOUT AN INTERNET CONNECTION • 3D Offline maps of all countries in the world, from TomTom and other providers • Free map updates multiple times per year • Voice-guided GPS navigation with precise directions and spoken street names • Millions of interesting Places (POI) • Pedestrian GPS navigation with walking directions and tourist attractions (POI) • Customize your navigation arrow. Try everyday car, van or even formula. ESCAPE THE TRAFFIC • Avoid traffic jams with the most accurate real-time traffic information with data collected from more than 500 million users worldwide* STAY SAFE • Advanced safety features make driving in unfamiliar territories easier • Speed limit warnings show you the current speed limit and the upcoming speed limit changes • Dynamic Lane Assistant guides you into the correct lane • Head-up Display (HUD) projects navigation onto the windshield of your car, making driving at night safer • Dashcam records the road ahead and automatically saves a video in case of an accident • Real View Navigation is an augmented reality feature for even better and safer driving experience • Real-time route sharing lets you share your estimated time of arrival & current position on a map* • Apple CarPlay Connectivity - all navigation features on your car’s built-in display. • Cockpit shows you the real-time performance of your car. • Wrong-way warning (in partnership with Bosch)**. If you are driving in the wrong way or someone is driving in the opposite direction, we will warn you.* SAVE MONEY ALONG YOUR ROUTE • Park easily with parking place suggestions and live info about prices and availability* • Set your fuel type and fill up for the best price with live information about fuel prices* • Avoid speeding tickets with Speed camera warnings* • Save money on roaming charges with offline maps Do you want to find out how it feels to have Premium+? Try our 7-day trial for free and discover all Premium+ features. After that, you can decide if you want to prolong your subscription or use basic features only. Subscriptions will be charged to your credit card through your iTunes account. Your subscription will automatically renew unless canceled at least 24 hours before the end of the current period. You will not be able to cancel the subscription once activated. Manage your subscriptions in Account Settings after purchase. Should you have any questions, please visit sygic.com/support. We are here for you 7 days a week. If you like our app, please leave a review or spread the word at sygic.com/love. Thank you for your support. *Please note that this feature requires the internet connection. Privacy Policy: www.sygic.com/company/privacy-policy Terms of Use: www.sygic.com/company/terms-of-use Note: Sharing videos from Dashcam is forbidden by law in these countries: Austria, Belgium, Luxembourg, Switzerland, Slovakia, Spain. Note 2: Dashcam, Traffic Sign Recognition, and Real View are part of the new feature SmartCam. SmartCam merge all camera features into one. The SmartCam is a part of our Premium+ subscription. **Wrong-way driver feature is available in Sygic GPS Navigation for iOS, version 22.2. or higher. More information about features can be find in glossary: https://www.sygic.com/what-is By installing, copying or using all or any portion of this software you accept all the terms and conditions of this agreement: https://www.sygic.com/company/eula 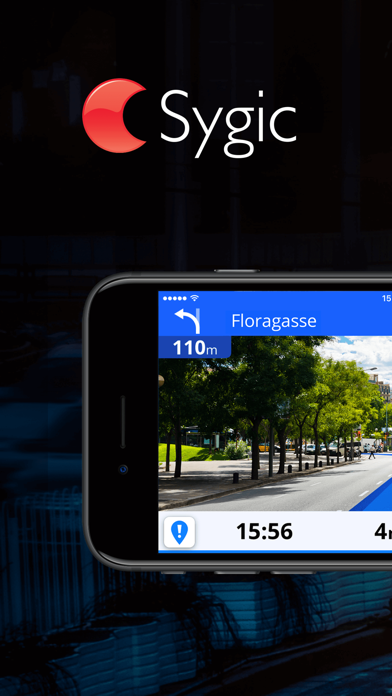 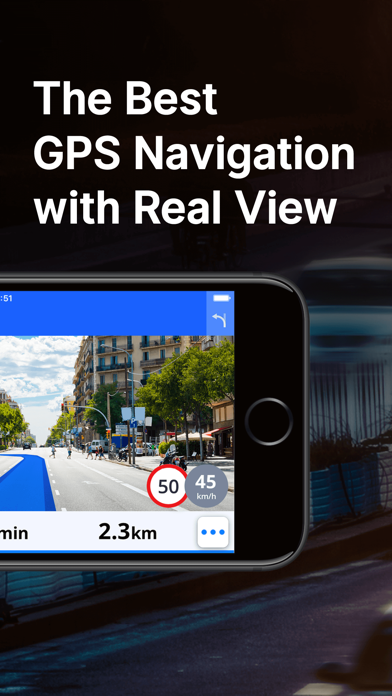 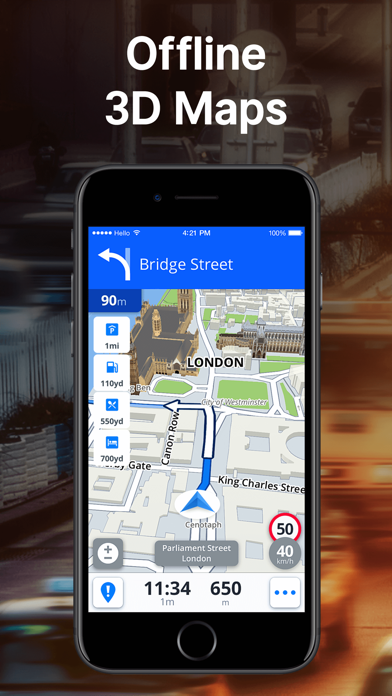 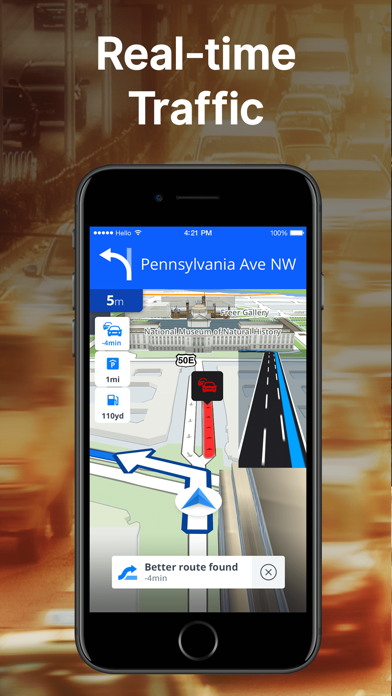 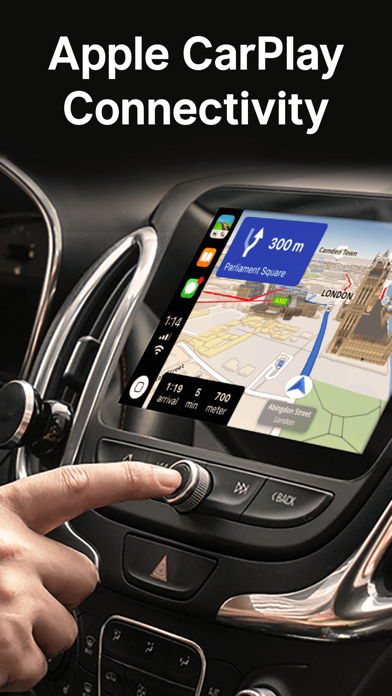 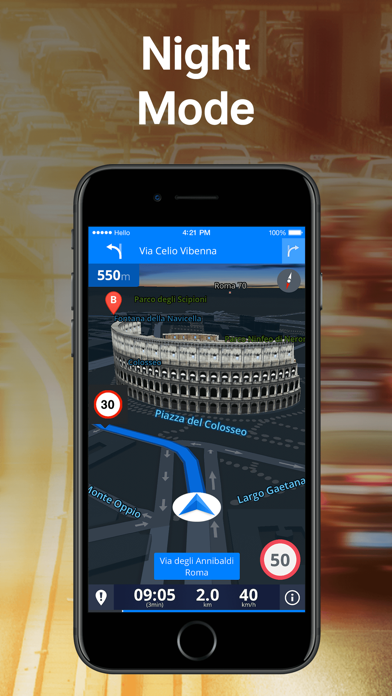 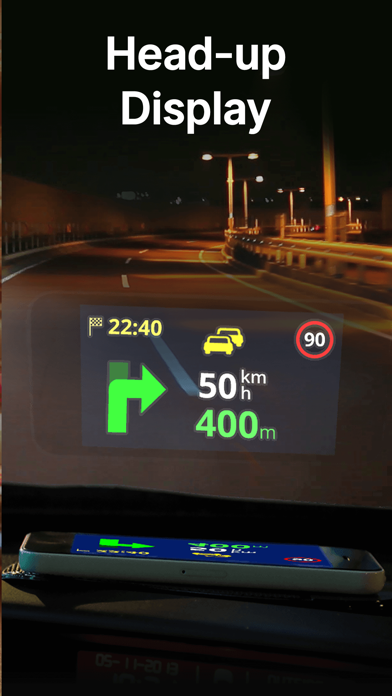 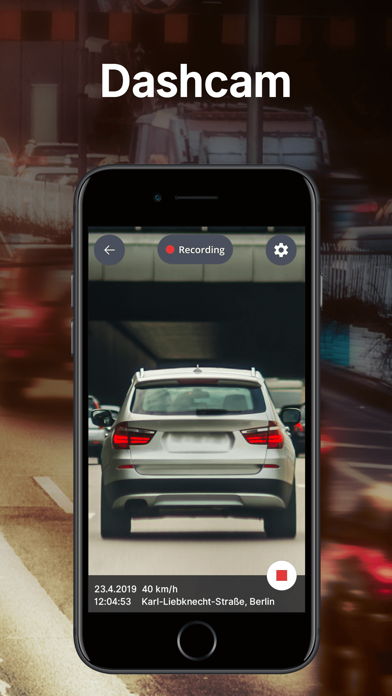 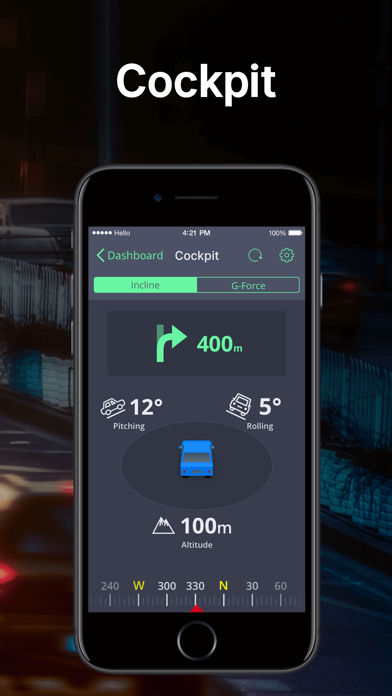 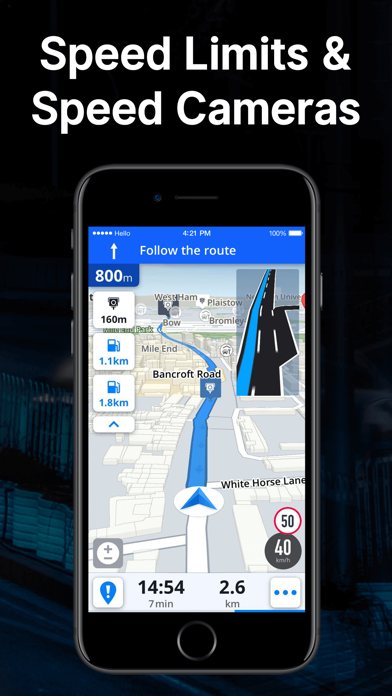 Paid for the voice of Snoop Dogg and can not choose to use it. I’ve contacted customer service many times since a year or so, but the problem was never fixed. Very unsatisfying service.
By aleksandr.haskin

This app is generally pretty good, and I like the CarPlay integration. However, it’s pretty crashy for routes on the iPad. When trying to open a route from my favorites, the app crashes. This doesn’t happen on my phone, and it doesn’t happen on all routes. It might be related to a route that has a starting point that isn’t my current location? Maybe? That’s the only common thread I’ve noticed so far. Also, not sure I understand the requirement to have a login on Sygic.com if I can’t share maps and favorites between devices. Or am I missing something? Maps don’t appear to be shared via iCloud, either, which I think would be preferred over a third-party web site.
By Flann O'Brien

I paid for a subscription to get automatic updates. Does not work and i have to manually update all the time. Feedback was sent yet, this still remains an issue. Not fixed yet after several requests throughout several months. Unsubscribed and moved on.
By Krautman1956

All functions of Sygic work as intended. This is a big plus for me. What drew me to Sygic was the offline maps. The OEM iPhone navigator fails me on occasion when I am in a cell phone signal blind spot and start a new route. I live in the mountains and there are lots of blind spots. In the western US, these blind spots can be for many many miles and not just a local characteristic. So far, Sygic has performed well when I have been on forest service type off-road trails in my region. The mapping is adequate for my purposes so far. If I get too remote off-road, there are specialty navigators to rely on for that narrow purpose. If something could be improved, I can suggest adding a notification banner to alert when the APP or maps update. I like to know what’s going on in the background. Kudos Sygic team!
By Hootowl99

App still uses “Districts” instead of “Cities” - dealbreaker in the U.S.

The developer promised a fix over a year ago with no resolution whatsoever. Multiple support emails with no responses anymore. Good luck trying to navigate in the United States using this application. I have no idea what district I live in. I do know the city and county though. Perhaps the developers don’t care about the US market as much as Europe? Initially I believed in this app and wanted to support the development. I paid for a lifetime subscription for certain features. Both the app and developers have let me down. You have been cautioned.
By itsmedarian

Apple Watch app would be awesome!…

An Apple Watch app would be awesome especially if it were able to download offline maps to Apple Watch like Goose Maps or WorkOutDoors… Also Still waiting for and update so addresses and current locations can be more accurate. It’s about 100 ft+ off at most addresses I’m around or going to...
By J_M_

Not Ready for Primetime

I downloaded this after seeing the overlay feature online. I thought I would test it out locally to see how well it does before subscribing. I was greatly disappointed. It was unable to find the coffee shop that I frequent or even my home address. These all come up fine on Apple, google, and Waze. The kicker was when it said voice navigation is for subscribers only. LOL. If you guys can’t get the basics right, you should be charging for services that are free on every other platform.
By Snowrider48

Works great on New Can Am Spyder Rt

Just tried the free app on my new spyder..Pretty cool.Easy to use once you figure out how the Spyder controls it which is done with the left thumb toggle. Even works off road enough to get you out if you are lost. Pretty impressive
By Pete in Murphy

Basic voice guidance is part of premium feature where you have to pay. Google Maps, Apple Maps, Waze offer them for free Very finicky in finding address. Often have trouble finding address es in offline maps. It has to be typed in certain way. Pretty mush useless unless you pay and why would we pay when there are other free options. Really bad experience with app
By VBala