FINAL FANTASY ALL THE BRAVEST—A pick-up-and-go game with massive battles! ■Take part in intense combat with the largest parties in FINAL FANTASY history! FINAL FANTASY ALL THE BRAVEST is a casual and light-hearted game in which you continuously battle enemies to advance through the many available stages. Defeat foes to level up, which in turn grants you character slots to add more and more members to your party. Simply tap or drag your finger over a character to unleash an attack. Touch multiple characters in quick succession to experience exhilarating and fast-paced battle unlike anything you’ve ever played before! Once every three hours, the Fever option will appear. Once activated, you will be able to attack without waiting for ATB gauges to refill as long as the chocobo-themed music is playing. Deal as much damage as you can before the battle fever ends! ■Featuring nostalgic pixel art and music from throughout the FINAL FANTASY series! Progress through the game to unlock over 20 different classic jobs, including warrior, monk, red mage, and more! Each job brings its own special abilities to the battleground, where you will encounter timeless FINAL FANTASY foes such as behemoths, bombs, and cactuars. At the end of each stage waits a harrowing encounter with a fiendish FINAL FANTASY boss! The game’s musical library comes packed with over 30 songs from the series, the majority of which are themes from battle. The perfect soundtrack to listen to as you crush your enemies and see them driven before you! ■Track your collection of every character, enemy, and item with in-game catalogs! The game’s three catalogs will keep a record of every character that joins your ranks, every enemy you encounter, and every item you obtain. Collect them all and open the catalogs to flip through the nostalgia whenever you like! ■Take part in leaderboards and social networking features! Global leaderboards will rank players based on stats such as the amount of damage dealt in the course of a single Fever. You will also be able to track progress and other feats using the game’s achievement system. Social networking features allow you to post directly to Twitter, and reward you for doing so by granting additional member slots. Tweet away to increase the size of your party for an even more exhilarating experience! ■Purchase premium characters and new game worlds! The in-game shop offers access to 35 famous characters from a number of FINAL FANTASY titles. Each purchase ensures you will receive a new, random character, and FINAL FANTASY characters who before existed only as polygons have been redrawn here in original pixel art form! Which powerful favorites will join your party? You are also able to purchase additional game stages from FINAL FANTASY VII, FINAL FANTASY X, and FINAL FANTASY XIII. Board airships bound for these new worlds and expand your adventures and collections! 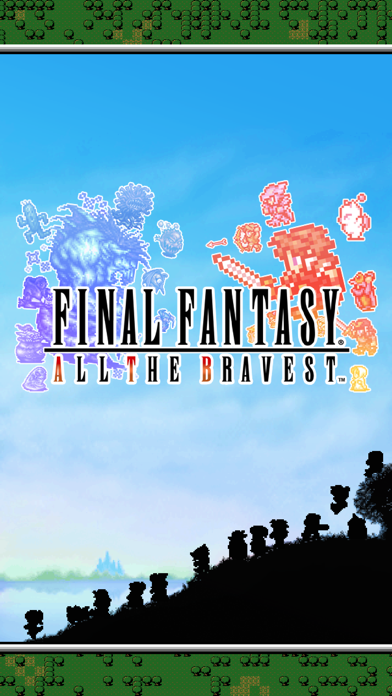 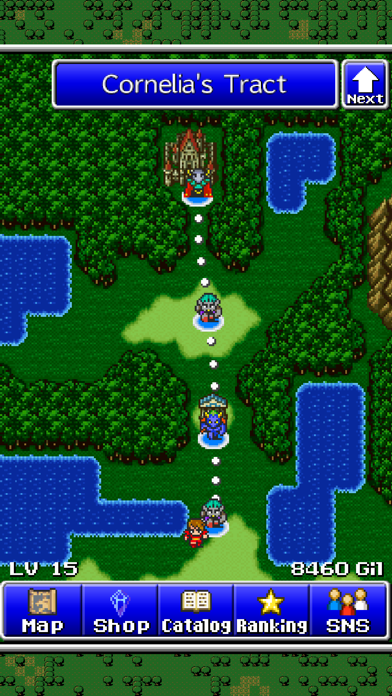 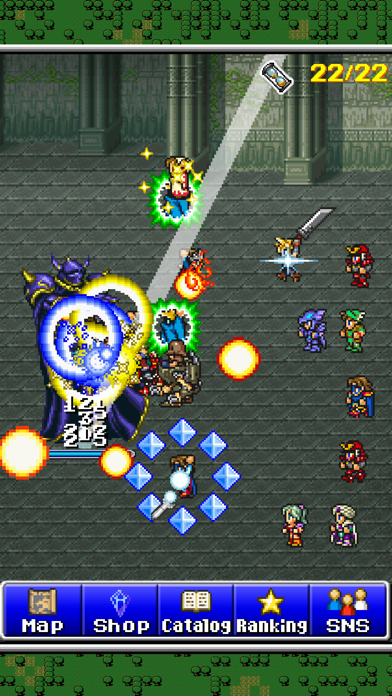 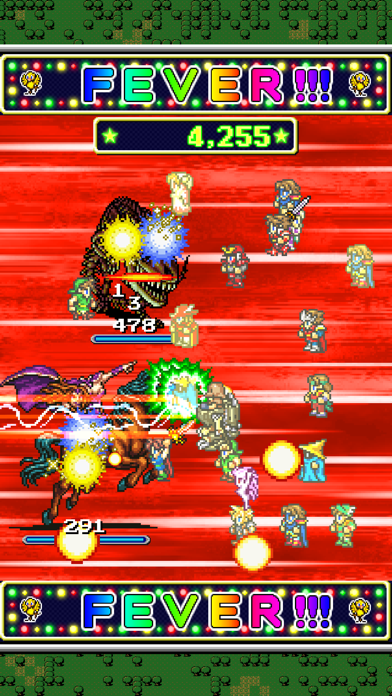 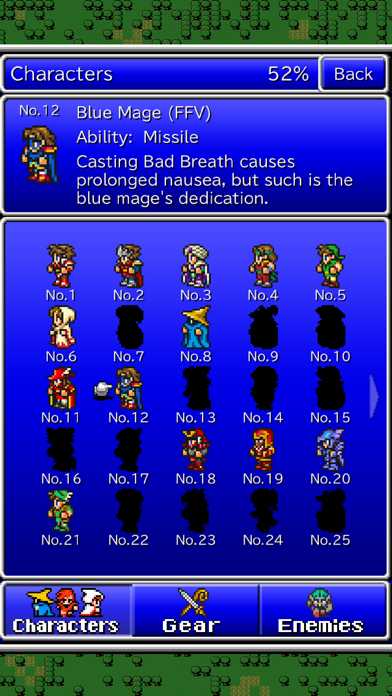 It’s a nice change of pace from regular JRPGs, but keep in mind that it’s a mobile game, not a fully fledged console game
By PooksToTheK

The game is boring, it’s just you tapping on the screen multiple times, it gets repetitive and boring after a while, it’s also a cash grab to get you money just so you could get your favorite character, but most of the time it’s just a generic character.
By Cwoodmom

Greed at its worst

Blatant cash grab with not much to offer in terms of actual game to play. Not worth your time or money.
By Pecanboy

The most boring game ever

I walked into this game thinking it was going to be an rpg. After all, it looks like one. But disappointment comes a lot in this game when you first play it. All you do is tap the characters to win the battle. Or if you figure it out, swipe the screen. This game can be summed up with you swipe the screen. Also another thing, you have to pay for the characters and locations. Wanna play as cloud? 1 dollar. Wanna one of the best locations in final fantasy? 7 dollars. Many people called this one of the worst games of the year, and I can agree with that. The only good thing is that the sprites from final fantasy 1 are actually kind of cool. Ignore the 5 star reviews. Their just mobile gamers who like pay to win games. Like this one and dungeon keeper.
By critic9475

A good game that needs more

If I could give the game 3 1/2 stars I would. But closer to 3 than 4 with the issues I have. I spent about 20$ on this game. And only regret it because there isn’t enough content and I’ve beaten all the levels paid and free. On top of that the money I spent deserves far more levels than it gave me. This game has about 60-70 total levels and needs about 3-500 with the same curve of advancement needed in the 60-70, levels. But I like the idea for this game and wish there was a longer game similar to it
By blakeshredsdaily

Mindless fun, but at what cost?

Here we have a simple game whose entire schtick is "how fast can you scrub your screen?" . That's literally all you do. And let's face it: you don’t get much for that unless the RNG gods want you to have something. While it's easy to say Worst. Game. Ever. for being so dull and money-grubby along with the fact that you’re going to Game Over a lot, it is what it is in that it fills out time spent waiting on more serious titles in the franchise. It has been many a year since this title has had any updates from its devs, and let's just say All the Bravest is well overdue a refresh. For starters, find a use for that gil. You will mop, mop, mop all day long like a janitor before an Adam Sandler thrashing, but it is a fine game if you just want to play in short bursts.
By swordzman0611

The premium characters should have a chance to be unlock able not by random chance or money but by defeating boss and characters like cloud could be your reward I just don’t want FF to be another pay to win but in all honesty this game is great.
By Endergamer47

This game is designed to deliver minimal play for your money. The players are weak, Gil means nothing, and it's nothing but battle after battle. You can buy new characters or maps, but it's the same thing just different pixels. Don't waste your time.
By CptBoom5