SmartTruckRoute Helps Professional Truck Drivers Save Time, Save Gas, and Drive Safely! Join thousands of other truck drivers including regional, local, and over the road drivers who are already using SmartTruckRoute to find their way using truck specific routes on their phones and tablets. Supports U.S., Canada, and Mexico truck routing. With 40 years of experience, trust the leaders in commercial vehicle routing. Subscription based truck routing service. Download free of charge to see the truck routing menus. Free 2 day fully functional trial. Install the app and use it normally. Purchase additional time from within the app under "subscription". You can transfer your subscription to a new iPhone or iPad anytime. Use your iPad and iPhone on the same subscription provided they both use the same iTunes account. Commercial drivers can navigate with confidence knowing that SmartTruckRoute keeps you away from low bridges, residential areas, parkways and more. SmartTruckRoute helps avoid costly tickets and keep you safe. SmartTruckRoute is powered by WorldNav, pioneers in truck routing for portable GPS. * Navigate any size truck with the convenience of using your phone! * Offers the latest truck specific maps and routes. * Provides turn-by-turn instructions with voice with lane guidance. * Navigate in Street, Hybrid, or Satellite View mode. * Specify Size, Weight and Hazmat level to insure accurate truck routing. * Use your phone's built-in speaker to say your destination address or point of interest (such as a truck stop). * Built-in Odometer function allows you to track state mileage for easy tax filing. * State border crossing, weigh scale, and speed limit alerts. * Navigation does not interrupt other functions of the phone. * Unique driver feedback loop provides best in truck navigation. * Free Updates * Unlimited number of user entered destinations and waypoints. * Unlimited number of routes, use as often as you wish. Why we are better... Instant Truck Routes on your iPhone or iPad! No lengthy downloads. Daily map updates including Permanent and Temporary Restrictions, and road closures. Truck friendly. Unlimited number of routes can be created. ------------------- Movie: http://youtu.be/YZyPD_9Ur-4 ------------------- Truck routing is currently available for the following countries: USA, Canada, U.K., and Australia, please note that points of interest such as Truck Stops are only available for USA and Canada. There are separate apps for Australia and the UK in their respective app stores. ------------------- Please note: Continued use of GPS running in the background can dramatically decrease battery life. ------------------- Download SmartTruckRoute today and drive your truck with confidence! 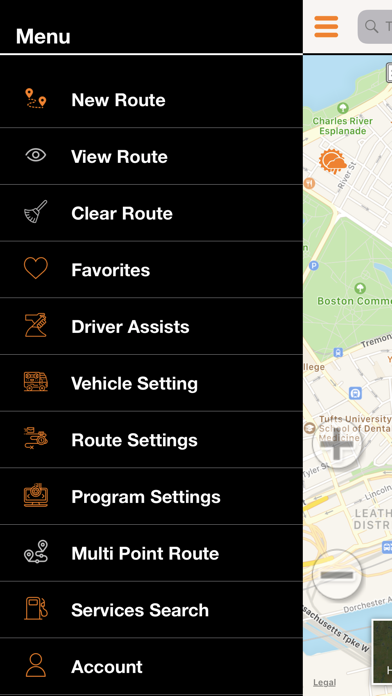 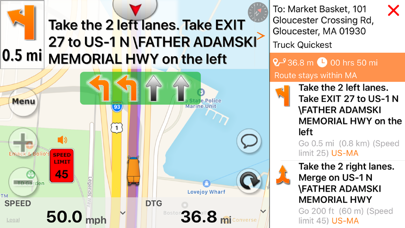 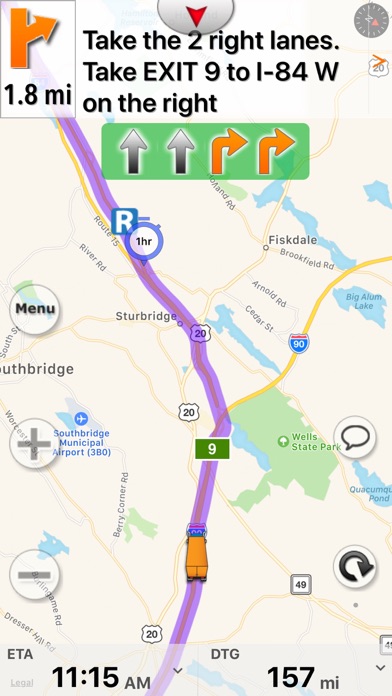 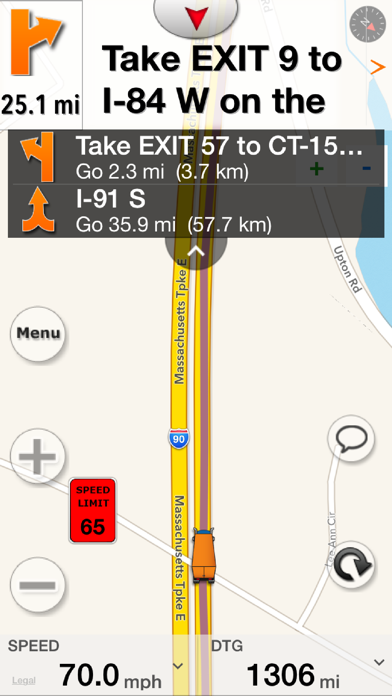 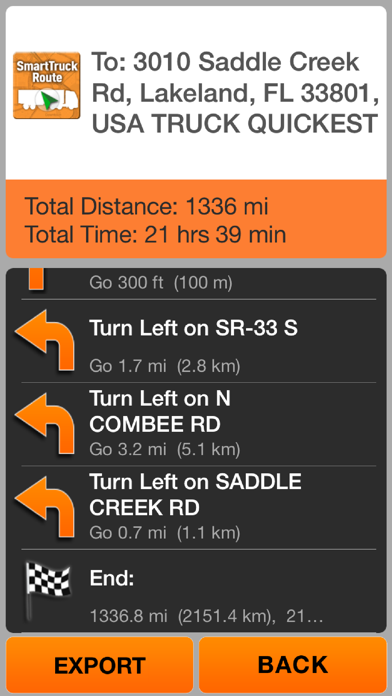 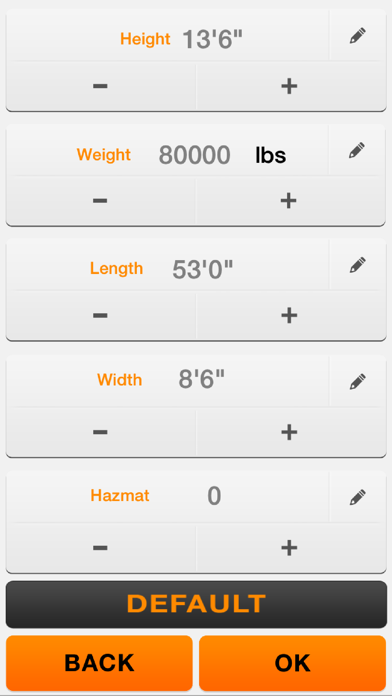 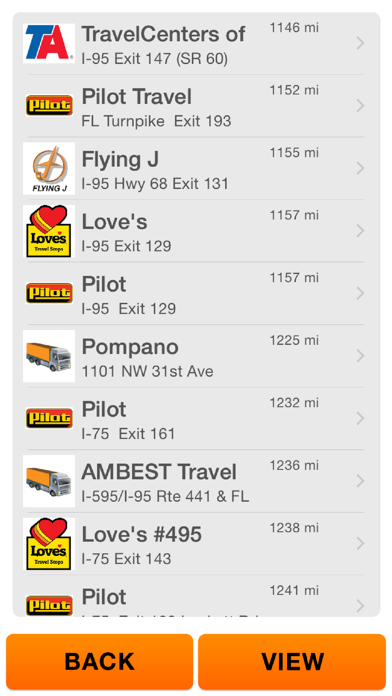 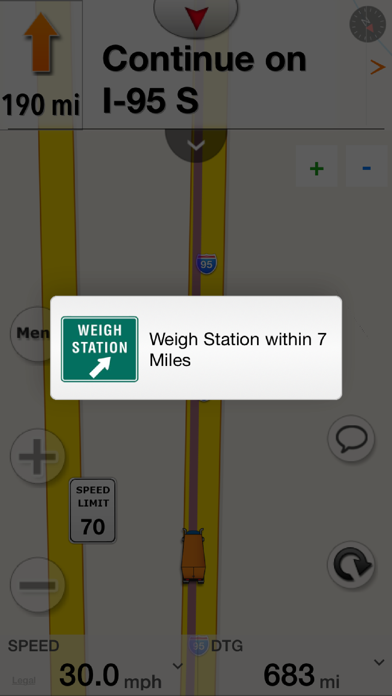 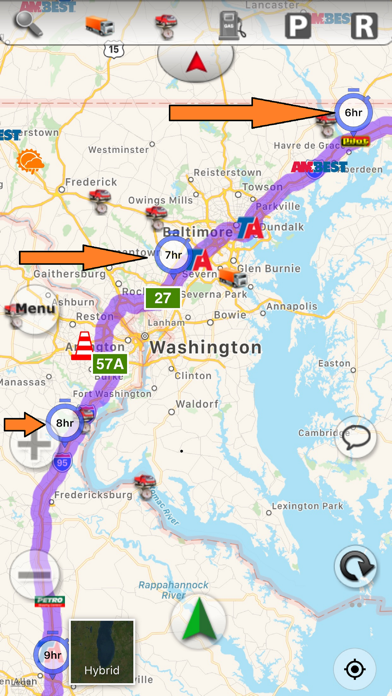 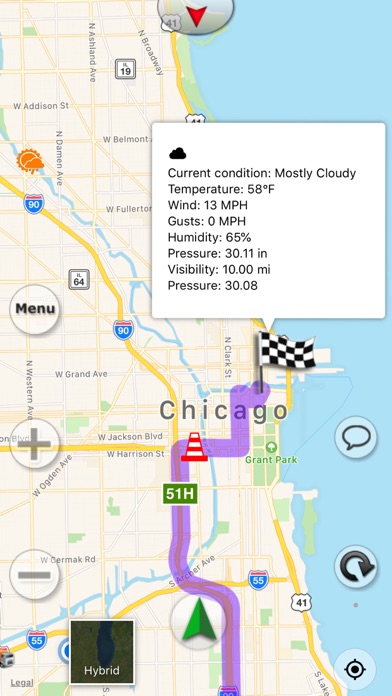 I’m not sure what everyone’s problem is

I like the app. It was recommended by a friend and it’s more helpful than the Qualcomm. I wish there was night mode and an option to stay on the interstate as much as possible, but those are my only complaints. I haven’t had any major issues in the several months I’ve been using the app and the updates haven’t affected my routing. Good job. Edit: Thanks for the tips! “Truck Freeways” is the perfect option. I don’t mind the extra miles since it definitely beats the stop and go and alternating speed limits of the US Highways. Night mode, did end up syncing with the auto feature on my phone, so now I don’t have any complaints. All of my needs have been met. It’s definitely worth the price and I can’t imagine not having it on the road with me. Great job you guys! You thought of everything and it’s very much appreciated 👍🏾
By Zyereri

This app really have made lost a lot of money. It took me to route where no trucks are allowed. Made me do a turn to a dead end and i had a terrible night because of dad. The most recent was in New York area. When it sent me directly to a low clearance bridge and end it with a 3 traffic ticket. It really gave me a lot of problems. I don’t trust it anymore. I will look for different gps soon. Good luck for the new purchase people. Don’t bother to call support they will always have the right. Last time I sent message they not even answer me back. Very dessapointed. ☹️☹️😠
By rafa1983

The app is pretty useful as far as poi’s go and it does a decent enough job navigating, however you should double check routes at are new to you especially construction sites ( flat bedder) as this app has on multiple occasions recently tried to route me on no truck roads and through actual sub devisions when there are truck routes available. It also recalculates the route tons of times for no reason like it does when you first start a route but it does it just going down the interstate and will do it multiple times in a roll, can be very frustrating especially now that you have to physically push a button that reminds you to check the entrance of your destination every time it calculates a route. In my opinion that feature is unnecessary and annoying, The people using this app app for the most part professional drivers that don’t need to be reminded of how to trip plan. I am running this app on an iPhone 11 Pro Max.
By cb_drizile

This app has possibilities, but is very unpredictable. Slow, uses a lot of CPU and crashes. Very buggy. However, the app is feature rich, but the approach is wrong. The developers need to get out and use it. Manual waypoints on the fly is a must for a truck driver. I don’t need an app taking me to the front door. Being able to tap directly on route map redirecting me to the exact location is what drivers need. This app has added waypoints but it is clumsy and not very useful as it should be, drivers often don’t have waypoint addresses to time to manually enter or search. Tap on map to add waypoint is what’s needed.
By Umbyology

Can’t zoom out while in navigation, restarts far too often even while using the navigation, sometimes you pop to another for a few minutes and it’s exited out of your routing navigation. Definitely not worth it.
By asdcxfgt

Not working with iPhones

I’ve only been using this app for only for a couple of days now and I really like it a lot.
By Doo_doo_brown1981

This app seemed to work exceptionally when I first paid for it, but that changed through some updates. I would have it open and have to answer the phone, but when I clicked back on it the route was cleared and I would have to go back to it. It needs to be exact in this business and sometimes it’s close and others it gives an impression of turning one way, but you need to be in the opposite lane. Example, earlier I needed to turn right, but it told me to take the 3 left lanes, and once I got to the light it said turn right. Luckily I don’t drive blindly off of this app or any other.
By Moni_69

Minor adjustments would make it 5 star

Good app for truckers overall, but the only things i find annoying are that when you type in a destination it only give you one route to take instead of bringing up multiple ways, and last but not least if you close the app it stops giving directions and when you open it back up you have to put the info in all over again. Fix those two major problems and you have a five star rating
By c$19153