Tapas connects readers to the stories they crave. Tapas has diverse, unique webcomics, webnovels, manga, manhwa, and more – with new releases every day and free episodes every three hours! Dig into international hits like The Beginning After The End, Solo Leveling, and Positively Yours. Check out the original comics behind Netflix series such as Heartstopper, A Business Proposal, and Navillera. When you join Tapas for free, you’ll be joining 10 million other subscribers and fans in supporting talented artists and authors. When you download the Tapas Mobile App, you’ll turn your phone into a portable library full of stunning art, vivid characters, and gripping plotlines – all in the palm of your hand. Read simply by scrolling and turn your daily phone time into story time with top stories from all your favorite genres! From your favorite villainess to action hero, modern romance to action fantasy, Tapas has content for everyone. With your Tapas mobile account, you can comment, connect, and engage with readers and creators as you read. You’ll get notified about updates on your favorite series and creators, and you’ll enjoy exclusive app-only promotions and perks like Free Monday Ink and Fortune Cookies. Want even more out of Tapas? Try publishing your own story with Tapas Community. Become one of the over 75,000 talented creators — from established, award-winning authors to independent user creators – who share their work with the supportive, contemporary audience on Tapas. Stay in touch! Website: www.tapas.io E-mail: feedback@tapas.io Instagram: http://instagram.com/tapas_app Twitter: https://twitter.com/tapas_app Facebook: https://www.facebook.com/tapas.io 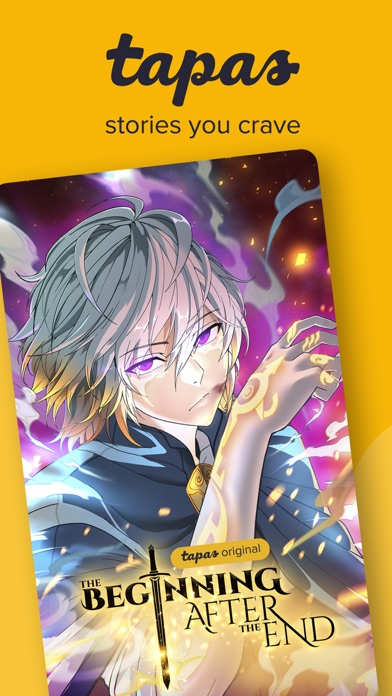 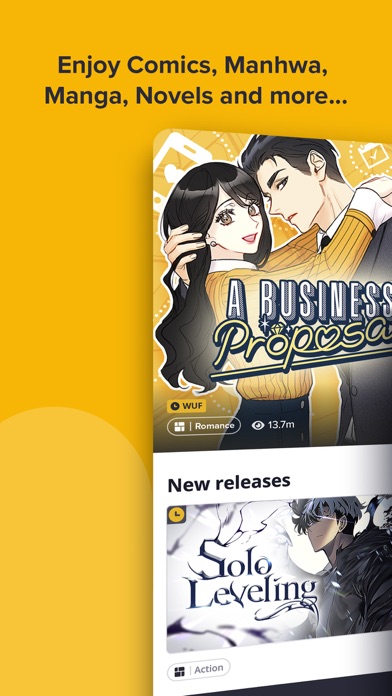 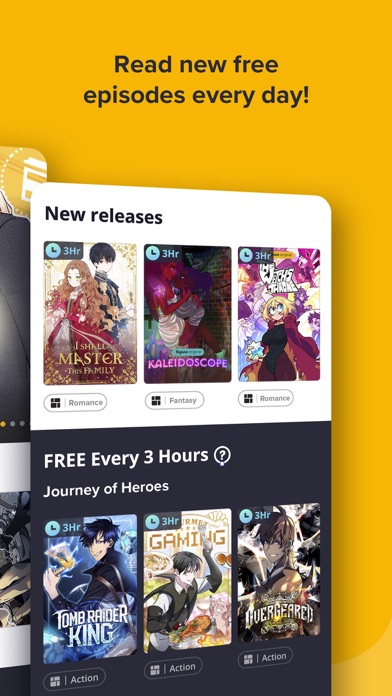 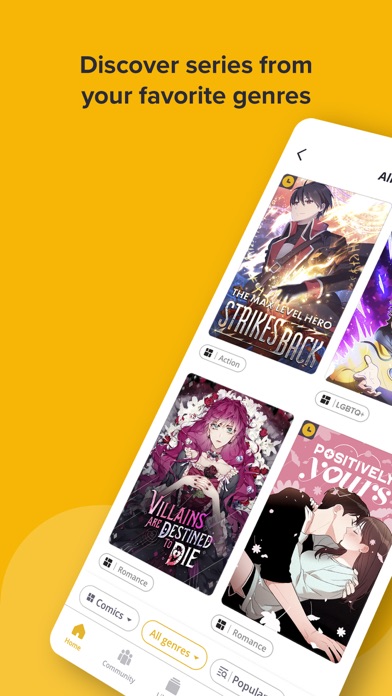 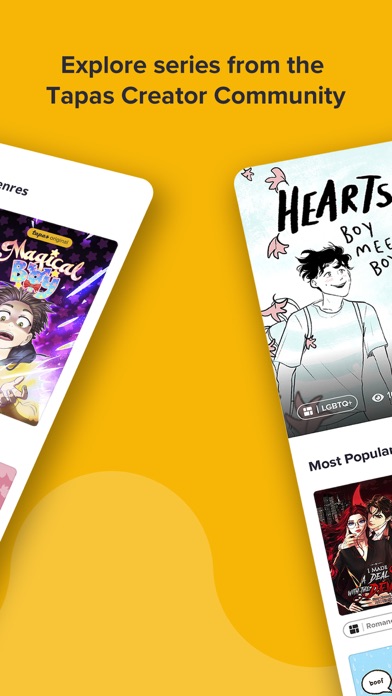 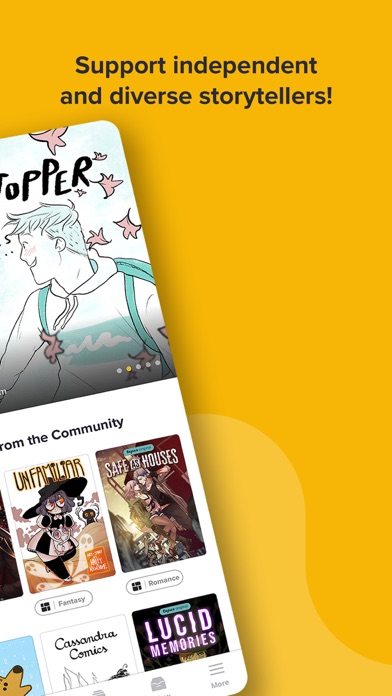 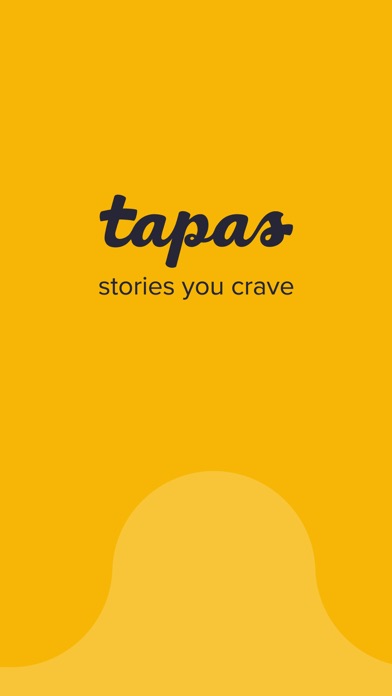 The new update is very confusing. Please have it to the way it originally was. The 72 hour thingy is messing it up
By Hakanita

Opinion on the new update

So I’ve had tapas for around a year or two now but with this update so much has gone wrong. While the stories are good the app freezes so much just like before, some thing won’t load and the whole having the wait for free episode but then they are only available for 3 days it really stupid. But that’s not the only problem. As someone who is to young to get a job so I don’t have money to buy ink but even worse to for me to even get the new update I have to pay nearly $20 for it. How do I know? Well I put in my cash app card as my payment card and I thought it was just saying oh you need to update your payment info but then I get a notification saying that my payment of $20 to apple play store failed?! Like I already have the app why are y’all trying to make me pay to update the app and then still making us pay to read the comics afterwards. It makes no sense. I sadly will not be using this app again which is sad because I had quite a few books or comics that I really liked to read.
By Enby_potato

The episode purchase system is fine. There’s many ways to get currency to buy episodes and the episodes are cheap compared to other platforms. However, the free episodes are very difficult to manage. A large number of series give a free episode either everyday or every three hours. However, those episodes only stay unlocked for three days. So, you have to read every series once every three days to keep your place. If you only read a few titles it’s fine. But most webtoon readers are borderline addicts who read dozens of stories at once, so it’s a big problem. If you are someone who can keep track of your reading progress on your own, you will enjoy Tapas. Otherwise, it will be a pain.
By kkachi c

I want to start with saying I absolutely adore this app and I've spent my fair share of money on ink when I could bare to wait until the next day to continue the story. I noticed recently though and I don't know if it's an update or because of the current 3 hour wait until free thing going on that it's not keeping track of what I've previously read anymore and I keep wasting my WUF on the episode I already read. I'm currently reading a ton of stories so I could keep track in my notes app where I'm at in all of them but I shouldn't have to. It's just frustrating waiting a day or even a week to finally read the next part only to find out I re-did the last one I read and now I have to wait again. If possible can you fix the tracking so it has the orange bar underneath the last one we read consistently again? Or some other way to know where we last left off more obviously. It's especially frustrating when I did a WUF chapter and then bought 2-3 more with ink and I have now WUF before and after the cloud symbols and I really don't know where I left off. Other than that it's absolutely amazing!
By Krystalsaur

Originally, wait until free episodes were permanently unlocked once you waited the timer out. Now they have a limited time to be read of 48 hrs. This causes major issues if you wait longer than two days to read the next episode because they have no indicators on what you’ve already read from the WUT !! Personally I’ve ended up re-unlocking episodes ive already read at least 5 times this week! I love this app and have used it for years to read comics with official translation and even frequently purchase ink for episodes, but this update has screwed over a lot of readers.
By Idcciwf

Get Rid of the 2 Day WUF Limit

I had no problems with this app until the added the feature that unlocked WUF episodes are only available to 2 days. At least make it 14 days like Webtoon or mark them as unlocked. I keep wasting WUF passes because I’m unlocking episodes I already read because it defaults to past episodes and there’s no indication that I’ve unlocked them already. Greedy.
By allieo54

I loved this app because you got to keep the wait until free episodes. Now they’re just like any other app where the episodes relock. I’ve had this app for years, looks like I’m switching.
By Kalichan69

Ever since i updated the app it now freezes and kicks me out when i open the app! I don’t know whats wrong but I really want to read the new one that came out today please fix it!🙏 Update: its been about three days and it still is not functioning. I have money on there please fix it I’m beginning to get a little frustrated over this. This is my favorite app so I can’t unwind at the end of the day anymore... Update 2: It has been 5 days now since the collapse of the app’s functionality. I have seen no signs of trying to fix the issues so far, and frankly am losing the faith i had in this app. I loved the app but if they do not plan on fixing the issues i may never use tapas again. The website is more expensive and you can’t get the free episodes so if thats what we have to use to read from tapas now it is no longer one of my favorite apps to read from. Its a shame because i think they really had something before they futzed with the wait til free time limits and broke the app.
By salsa salad dance

Wait For Free and Lost Progress

I love tapas and the stories they have but I have a problem with the “Wait for Free” feature. While I don’t mind waiting many of the stories I read say they have a free chapter for me to read when they actually don’t due to them not have 7 chapters ahead of the free chapter. As well as I like to pick up and read when I can (not everyday) but with the “Free for only 72 hours” I end up rereading a chapter because there no indication (also I can’t remember) on what chapter I left off at. So then I’m waiting another 24 hours to 2 days (depending on the story) trying to either remember what chapter I left off at or playing a guessing game. I’m just frustrated as I’ve reread the same chapter 4 times now and have to open the app everyday just to keep track of my chapters.
By Ravenclass

I love this app because you can find a bunch of different story’s then ones on WEBTOON. The only problem I have with it was a recent update that made it so you can only unlock WUF episodes for 72 hours now. This is just can be annoying sometimes because it won’t tell you if you have read it or not so often I unlock the same episode I have already read. Though overall I love the app. :)
By 🐶🐶🐶🐶🐶🐶🐶🐶🦄🦄🦄🦄🦄