Things get tense and thrilling as the bubbles get closer and closer! Act quickly to pop them and go for a high score! 38,000,000 users have chosen LINE Bubble to get their fix of intense bubble shooting action! Go for high scores together with the cute LINE characters and compete with your friends in the rankings! ■ How to play - Match 3 or more of the same type of bubble to pop them - The more you pop, the more points you'll score! - Use a variety of items to go for even higher scores - Team up with cute Pets to take advantage of useful skills during gameplay Plan and execute your own strategies to get high scores! ■ Play modes - Compete with friends in the Friends League for places in the rankings - Enjoy real-time battles in the World League - Compete for the best scores with other users around the world in the Global Ranking Friends League rankings are reset every week. The Global Ranking is held as an event. Notes: Service for LINE Bubble is provided by LINE Corporation. Customer care is provided only in Japanese and English. [Bugs] - Please note that after the game boots, some bubbles might not be displayed properly for some devices. You can resolve the issue by turning off high-definition mode in the in-game settings. - If you find the game doesn't load, please try updating to the latest version or reinstalling the app. - Please turn off high-definition mode if your game crashes during gameplay. 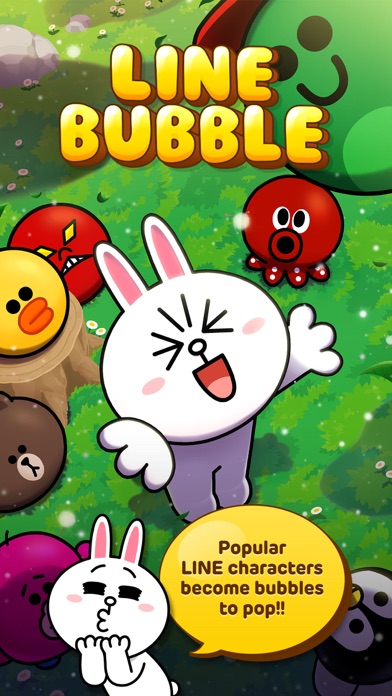 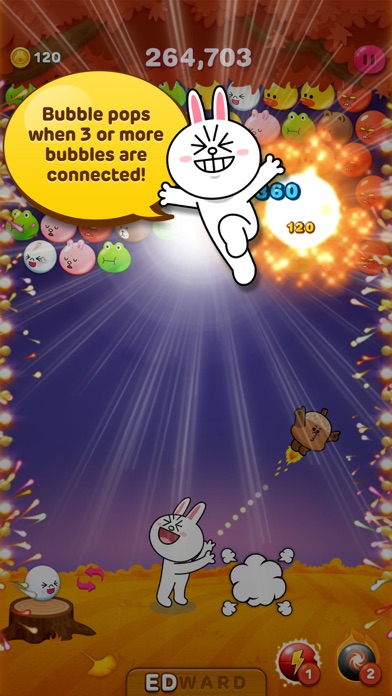 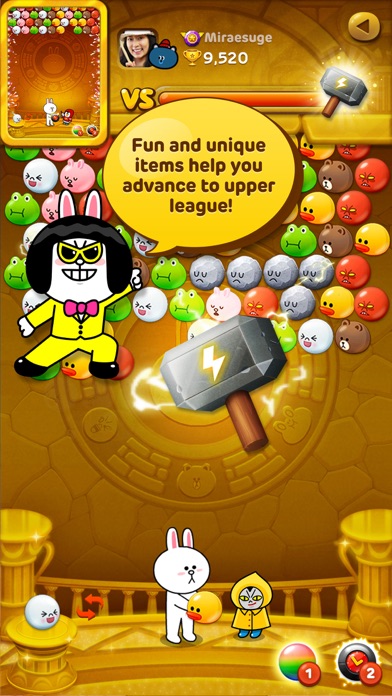 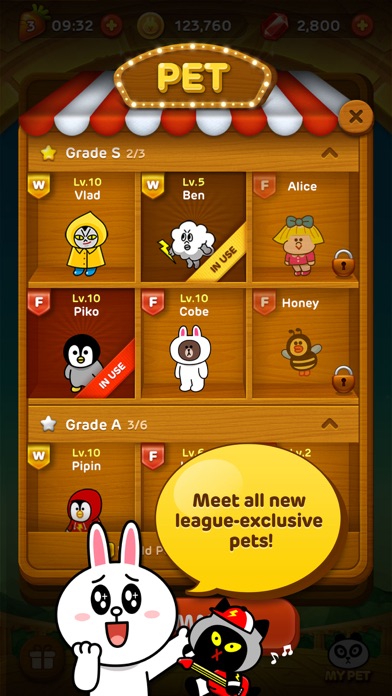 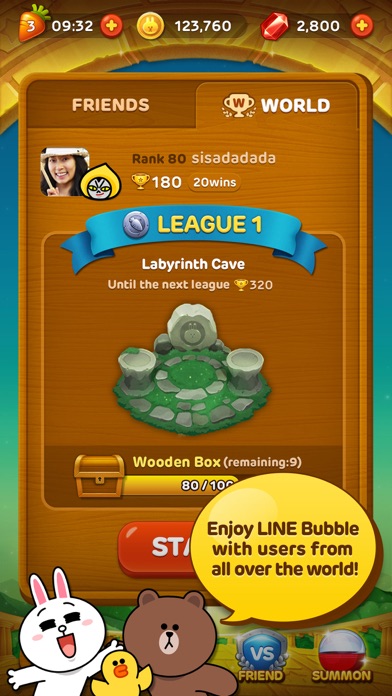 Please fix to fit in the iPhone X screen ... thanks ... I love playing Line Bubble ...
By IchiOhak

NONE of the LINE coorporation games are worth getting except emoji blitz and tsum tsum.
By BensMommy17

Use too much bandwidth! (data)

This app is the worst offender when it comes to how much data is downloaded just to open the app. I reset my monitoring this morning to test it out... Just opening the app used up 8.6MB of my cellular data! No other apps that I downloaded from App Store used this much. I can't imagine why so much data need to be downloaded just to open the app... Applying some compression on the data will help. The developers need to think about how much data is being transferred for daily consumers. As it currently stands, I'd recommend most users to stay away until this is fixed.
By Xeno 746393

対戦相手がいないと機械との対戦になりストレスの溜まる負け方をします。100位以内のランキングでも架空の対戦相手が多数出て来ますね。
By Pedro and Hide

Line bubble! is fun
By Precious8308

It's awesome but....... Its very bad.... My daughter and and my little sister had been playing together. They'd run out of carrots, and they "cracked" my phone. Iphone 6 s..... It's very expensive. Now I hate my daughter. JK!!!!!!!! I don't have a daughter its sooooooo fun except the gigs but still!!!!!
By CreateTheCreative

Ever since I updated the game, it won't let me play it. This game is simple and addicting to play. Everything is nice except for the bugs in it.
By Ivory Vy