Bring the beauty of the stars down to Earth. Hold Sky Guide® overhead to automatically identify any star, constellation, planet or satellite! Easy to use and powerful, it’s epic stargazing for any experience level. “Close to perfect.” - CNET “It’s a dazzling piece of software…” - David Pogue “Sky Guide is one of the coolest apps in the App Store…” - Inverse - #1 app reached in 98 countries Is it a star or the planet Mars? Knowing what’s up in your night sky is easier than ever. Sky Guide’s AR mode superimposes figures onto your real sky so visualizing the heavens becomes effortless. Have you ever wished you could recognize constellations but didn’t want to fumble around with paper star charts? Now you can. A speck of light crosses the night sky, growing brighter. What could it be? You don’t have to wonder anymore. Track a bright satellite and receive perfectly-timed notifications whenever the International Space Station is about to fly over your location. With Sky Guide, you’ll be saying ‘Goodbye, aliens’ and ‘Hellooooo, astronauts!’ Voyage to the past or future with cinematic time controls. Know where the Moon will be later in the evening so you can capture that perfect photo or be an eyewitness to history’s greatest comets. Whether you’re searching for Sagittarius, Saturn, or the next big meteor shower, Sky Guide is jam-packed with information and rich graphics that will satisfy the most curious minds. Plus, stay current with location-filtered events like solar and lunar eclipses with Sky Guide’s personalized Calendar. Flying the red eye window seat? Camping in the backcountry? Sky Guide is made to just work. It can operate with or without Wi-Fi, cellular service or GPS, so everything is at your fingertips no matter where you go. Optional Subscriptions: Sky Guide PLUS More to explore. Space is big and Sky Guide PLUS reveals far more of it, with essential features for the budding cosmic explorer. PLUS will take your appreciation of the universe to higher levels. Sky Guide PRO The ultimate experience in mobile astronomy. If Sky Guide PLUS fuels the curious mind, Sky Guide PRO may cause rapid unscheduled cerebral disassembly. It includes every feature of PLUS and adds powerful capabilities for advanced astronomers. Join the millions who have discovered a more personal connection to the stars with Sky Guide. It might forever change the way you look up. Terms of use: https://fifthstarlabs.com/terms-of-use 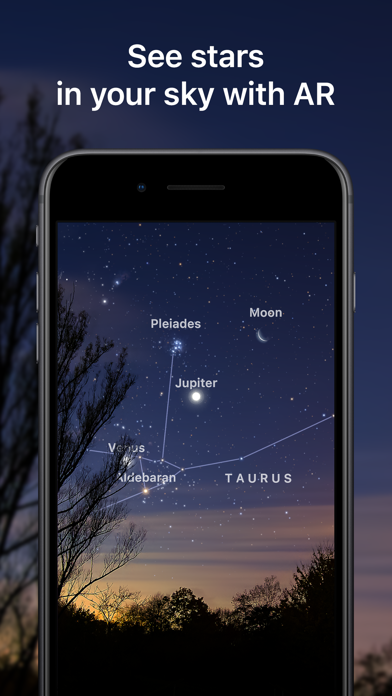 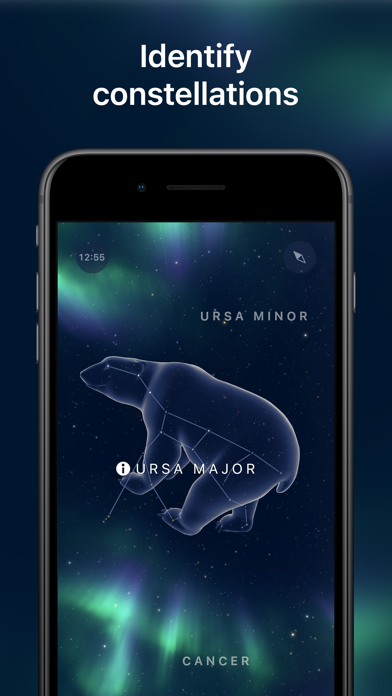 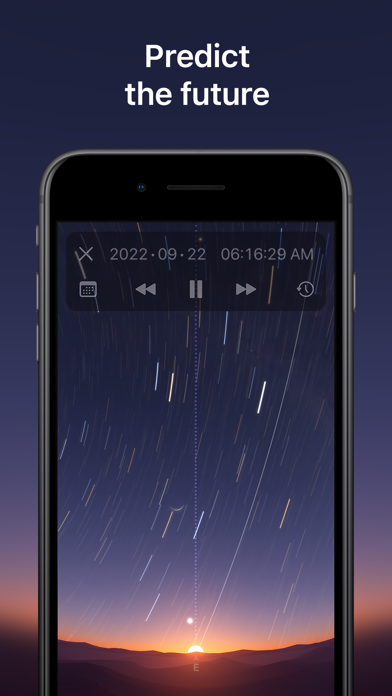 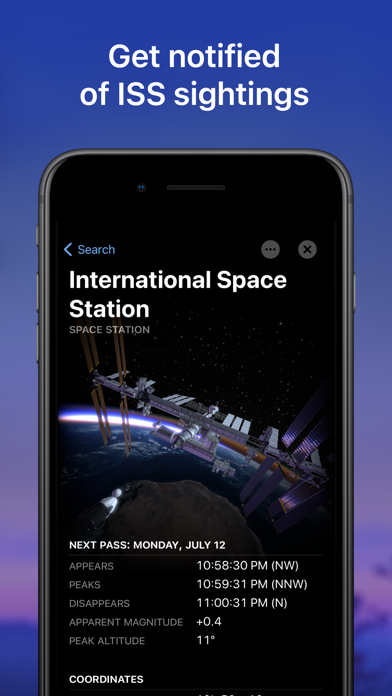 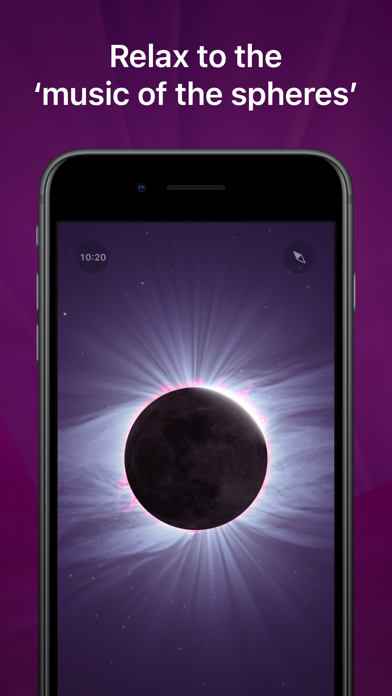 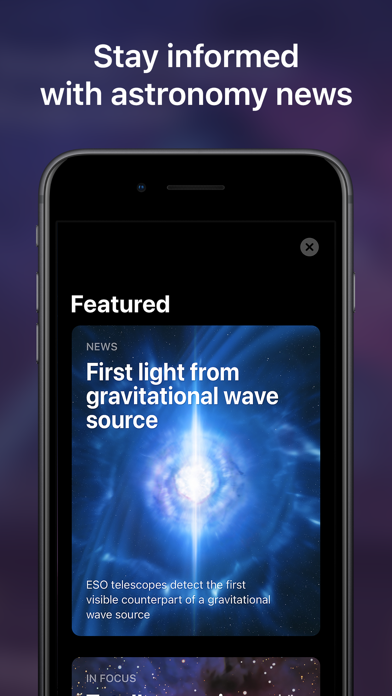 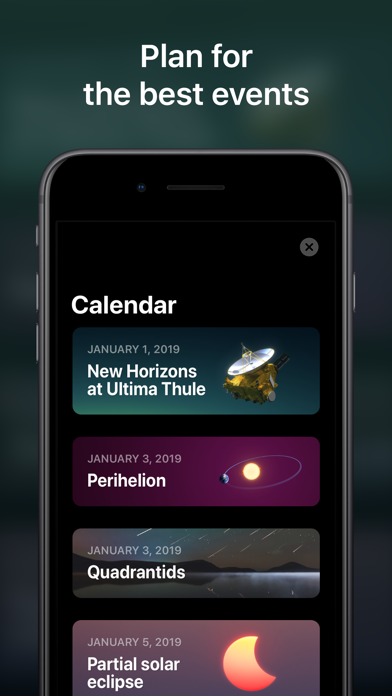 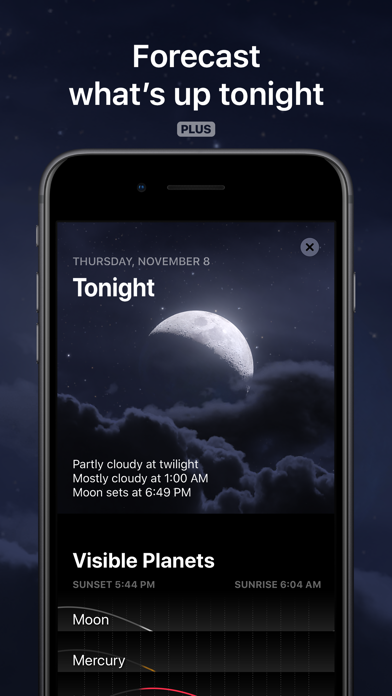 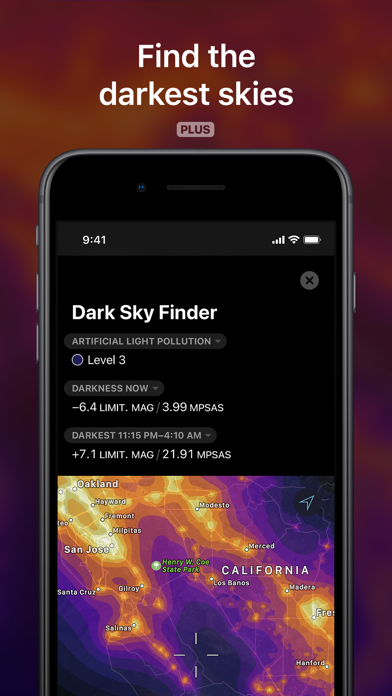 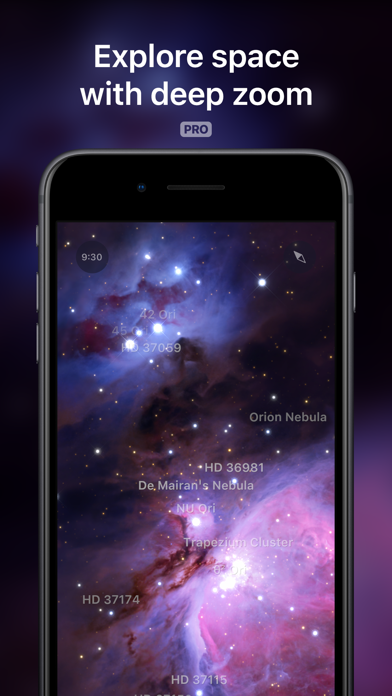 I have been doing astrophotography for some time and have tried every app made for iOS. Without doubt Sky Guide is the best. The Supermassive subscription is well worth it. Seeing nebulae and other deep space objects in high definition is awesome. Along with AstroSky, they are my go to apps each and every night I image m; giving me all the information I need.
By Wftx

This app is incredibly informative and entertaining.
By Stan Marino

So comforting and enjoying understood that
By Sachaned

It helped me identify the ISS

The app notifies me when the space station is going to be visible and then it helps me locate it in the night sky. It also identifies other celestial objects like stars, planets, constellations, etc. I never was interested in space when I was in school, but this app is so educational and fun to use. It works very well, and I am becoming more interested in astronomy than I ever have been as a result.
By RetroUltraModern

Great for my grandkids to learn about astronomy.
By Crixus 460

Thank you for creating this amazing app
By Cros5e

Still crashing even on iOS 15

Looks great when it works, but so far in both iOS 14 and iOS 15 I have only been able to open it once since downloading a week ago. Update: The issue seems to have been addressed and I can now use the app.
By emis tedison

Too Good To Be True

First of all this app isn’t some app that requires you to pay for too much. Instead,it allows you to be free! All around the app has amazing features and if any more updates do come then I’m sure they will be amazing!
By cool guy 10492

Was an awesome app…

Back 10 years ago I purchased Star Walk, and then Star Walk 2 from another developer and they were fantastic apps. They really showed off the power of the iPad and iPhone’s display, compass, and gps location services. Then a couple years later this app hit the App Store and I ponied up more money and purchased it, and life was great. This app did stuff the other didn’t and Vice versa. The months roll on, updates come out all the while they just kept getting better. Then…since the latest update ALL of the cool functionality was gone, hidden behind a subscription based paywall. It’s disheartening when something that you paid for in the beginning is taken away from you and you’re expected to pay again and again just to get back what you originally had. I understand App development cost money and supporting the apps does too, but to take away something that should’ve been grandfathered, or at least if they were changing to a subscription based service then it should’ve been in a whole new app called Skyview2, and left the original alone. Lost one of your greatest champions just for chasing after the dollars. Reply to developers reply… Yes I know I own the”Legacy” version because purchased the app WAY before Aug 2021. I’ve had the app since mid 2014 and now all the cool extra stuff I was referring to having lost since the big update is certainly still available… behind the new “Pro” and “Plus” paywalls when it wasn’t before. Even the cool modeling of the different satellites like the Hubble are gone from the Legacy version.
By _Iron pig_

Does not know where it is. Hard to track anything Shows the moon 180 degrees opposite directions. And yes I have all the settings correct
By Deming is No 1