Be the best you! Make your own unique avatar and meet friends from around the world! Over 65,000,000 people are currently playing LINE PLAY around the world! 1. All it takes is 3 seconds to make your own original avatar! You can make an avatar that looks just like yourself by taking a selfie! You can set the avatar as your LINE profile pic and decorate it with LINE Camera stickers! It's also fun to make avatars of your friends and give them to them! 2. The possibilities are endless! Thousands of items are waiting for you! Produce any kind of look you want with a huge variety of fashion, hair, makeup, and accessory items! New items are added practically every day! Create whatever vibe you're in the mood for! There are even animated items, as well as ones that play music! 3. Lots of tie-ups with popular artists and characters! Popular real-life artists and celebrities as well as fictional characters from properties like HELLO KITTY and Rilakkuma all come together in LINE PLAY! Your favorite characters could show up in a tie-up at any time! The tie-up item gachas are also a must-see! 4. Dive into Story World, where you can experience your own unique stories! There's a strange library in a corner of LINE PLAY. The fairy Libro lives there, and he needs your help! Please, help us! The only way to see the endings is to take back the stories! 5. Record special moments in your diary! Your diary is where you can write down anything from how you feel at the moment to important events in your life! Post your most stylish avatar outfits and see how many Likes you can get from your friends! 6. Head to the Squares, where you can hang out with people from around the world! The Squares are where you can chat and play all sorts of fun games! You can run a cafe, play soccer, or get absorbed in fishing! 7. Enjoy Circles with your friends! You can start your own Circle, or join an existing one! Talk with your friends about shared interests, exchange items, and more! Find your perfect Circle! 8. Play every day and become a VIP! Collect Stars by playing LINE PLAY every day, and get on the road to becoming a VIP! Once you become a VIP, you can enjoy a variety of benefits including access to special discounted gachas just for VIPs! LINE PLAY is perfect for anyone who... ...loves fashion! ...wants to make new friends! ...loves cute items! ...wants to make friends with similar interests! ...wants to enjoy life! ...is looking for a new LINE profile pic! ...wants a new app to kill time with! ...wants to start something new with their friends! Please note: LINE PLAY is free to download and play, but in-app purchases are available. If you wish to restrict in-app purchases, please go to the Settings of your device and configure it so that a password is required to make purchases. Visit our official Facebook & Instagram Pages http://www.facebook.com/lineplay.global https://www.instagram.com/lineplayglobal 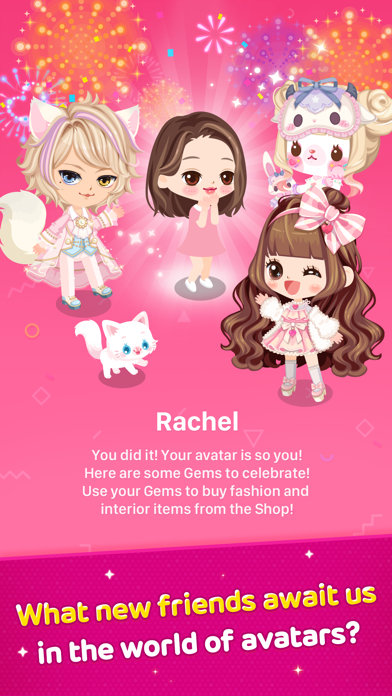 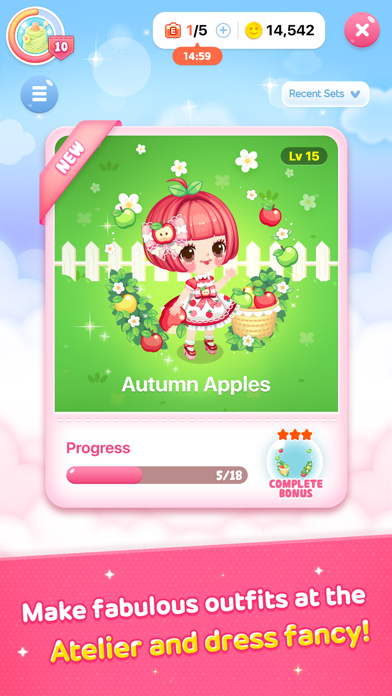 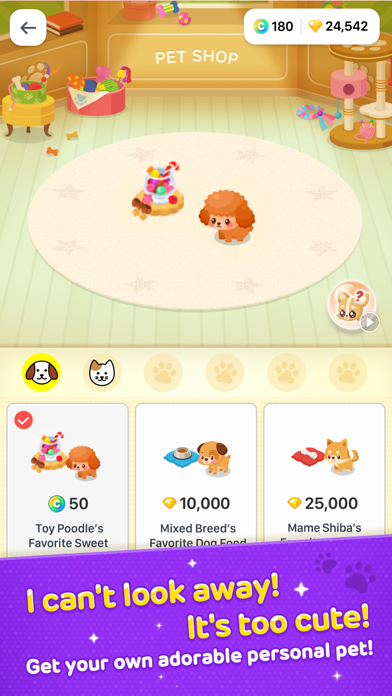 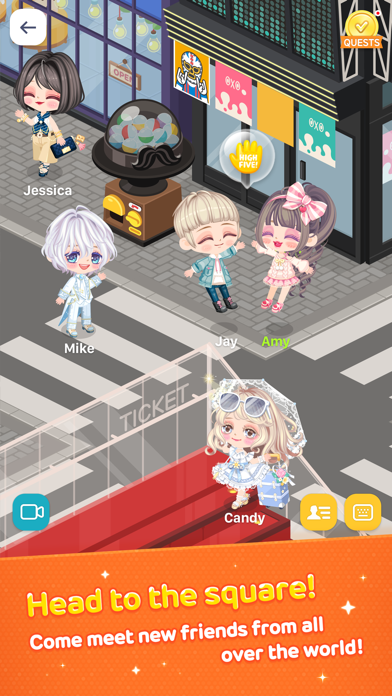 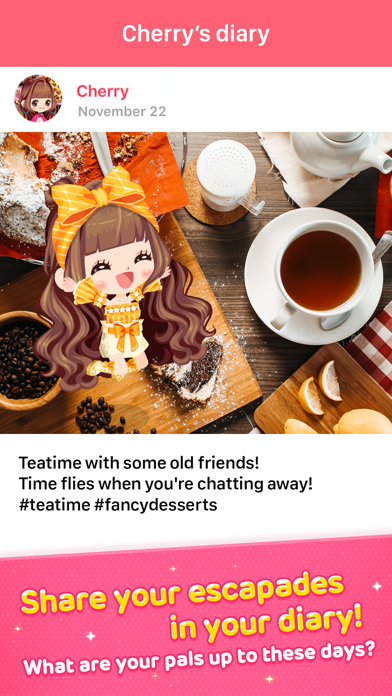 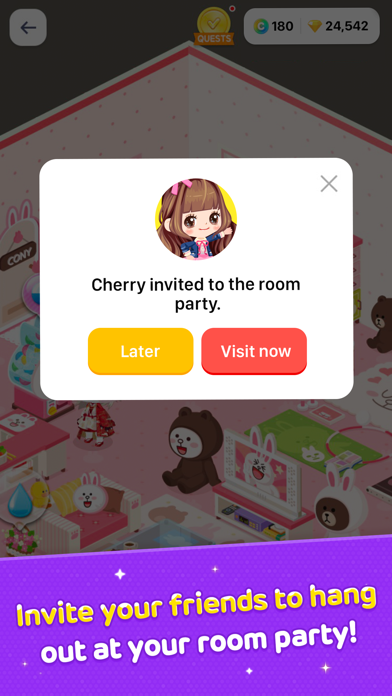 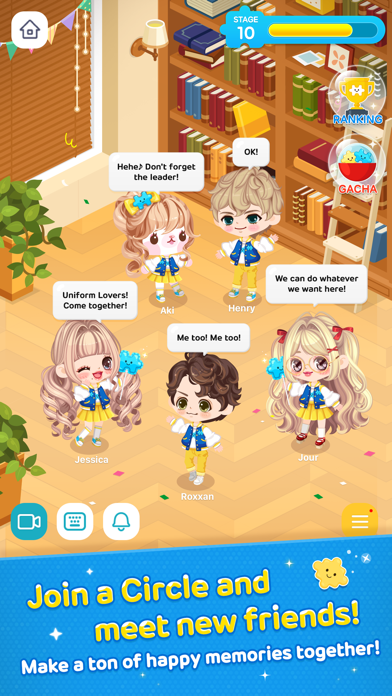 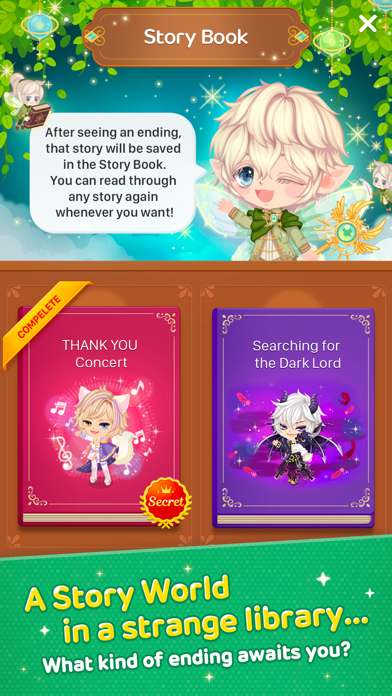 The game is alright, but there are things the creators need to keep in mind.

What I don’t understand is why new people joining the game gets everything. Make it fair and give it to everyone, I’ve been playing Line Play for about 2-3 years now, working hard to get the things I want. My siblings just start the game, OH WOW NEW GARDEN ACCESSORIES, OH WOW SO MANY GOOD DEALS, OH WOW FREE TICKETS. I don’t get how you won’t make it even, and when I DID buy the VIP thing with my own money, I DIDN'T EVEN GET IT.
By Isabella110301

I can’t figure out my line play password
By ❤️🥳❤️😍☯️

Fun but not working!

This is a great game, don’t get me wrong, but it is not letting me name my avatar and so I can’t move on!😤 I have had it for a WEEK and and it still doesn’t work!!!
By Sophia Rhane

I only gave this a high rating Bc I want it to be seen. I’ve been playing this game for almost 6 years and I’ve made tons of friends. That was when it was good. The updates are horrible. You can’t even socialize in lounges anymore. And it’s just gotten more and more expensive so it’s hard to play for people (like myself) who don’t have that much money. We want the old Line Play back.
By Yoghurthurtt

So. When I first logged in to line play, I didn’t save my line ID and password because I wouldn’t have to log in again due to experiences with many other games. So, one day I decided to open up the game but surprise surprise it had the options to log in. I was so mad since I didn’t know it would do that so I decided to make another account as a guest. It did the same thing. I tried to make another account but it said, “sOrRy YoU hAvE tO wAiT beFoRe YoU mAkE aNoThEr AcCoUnT.” By the way, I absolutely love the game besides this devastating problem which made me rate it a one star.
By Jqoshw

It’s a good game but there are some cons

Alright listen, I’m not saying not to get this game or that I hate it. In fact I actually really like this game and think it’s absolutely adorable and a nice way to pass time when you’re bored! But there are a lot of cons to this game. As said by most of the other reviews left on this game, the game is pretty demanding on money. It’s not a pay to win game but in order to get outfits, which cost cash and gems, you would have to buy them with actual real life cash since there’s no easy way to actually get money in this game. Most of the good outfits are also unavailable for some people to get due to them being “VIP Outfits” which means you have to gain “stars” (which is sort of like experience but it’s very hard to get unless you pay to get some) in order to become VIP and get acts to those outfits. And then you need cash to buy them so you’d need to spend more money. Another con is that some of the things that were mildly enjoyable in this game have been removed. Such as the casino which was really nice and I really enjoyed it. It was a nice way to be able to get items and outfits for your avatar, if you spent enough time in the casino, without actually having to spend real money. But they removed it. Another thing I really liked was the fishing island. It’s pretty self explanatory, you can fish there. Sure you can fish in your garden/home now, but I really liked the way that you could fish like all day without having to wait for the fish to spawn again, like they do in your garden/home. Sure it required money to get potions to be able to fish but they didn’t cost that much and they were actually affordable. It was also removed. The last thing I want to talk about are the games. There used to be games in Line Play that you could play to get gems. I found them to be lots of fun. They were a nice way to pass the time and gain gems while you were at it. Unfortunately these were also removed from Line Play. Other than those things I do believe this game is pretty good. It’s graphics are absolutely adorable and the outfits are cute. I believe that if they lowered the prices of the items and made a way for players to earn cash/gems the ratings might go up, but I’m no expert. And that concludes my review. If you’re reading this I hope you’re having a good day and may the odds be in your favor.
By *JustLunar*

I’ve been playing this game for 4 years and I do like it but, this current version I would give only two stars because after the last update, the game is constantly logging me out of my account, so I have to type in my login information every time I open the app. It also takes about 10 minutes to load every time I open the app and this discourages me to play.
By WordupMoonstar