With assertive reporting and sophisticated design, New York chronicles the people and events that shape the city that shapes the world. Read full issues of the magazine that drives the national conversation on the latest news, culture, fashion, technology, and politics. Explore exclusive digital features and get instant access to stories from New York, along with Intelligencer, Vulture, Grub Street, Strategist, and the Cut. New York Magazine Pricing: • Subscription 1 Month - USD 4.99* • Subscription 1 Year - USD 49.99* * For non-US app stores, the equivalent currency charges will apply. Please note: App subscriptions do not include access to subscription-only content on our website. Additional Subscription Information: • Payment will be charged to iTunes Account at confirmation of purchase. • Subscription automatically renews unless auto-renew is turned off at least 24-hours before the end of the current period. • Account will be charged for renewal within 24-hours prior to the end of the current period, and identify the cost of the renewal. • Subscriptions may be managed by the user and auto-renewal may be turned off by going to the user's Account Settings after purchase. • No cancellation of the current subscription is allowed during active subscription period. Privacy Policy - https://bit.ly/2J5Ujfh Terms of Use - https://bit.ly/2J1YZqL • Any unused portion of a free trial period, if offered, will be forfeited when the user purchases a subscription to that publication, where applicable. 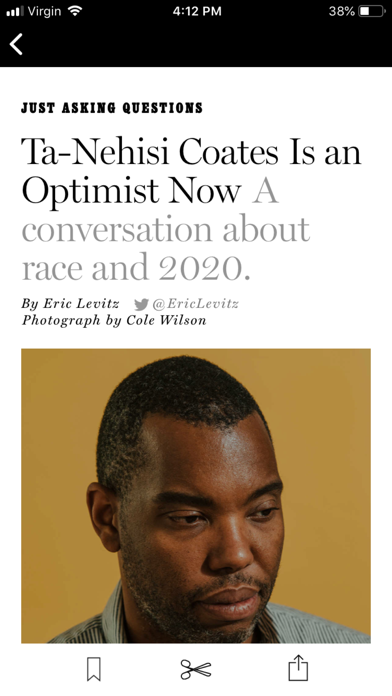 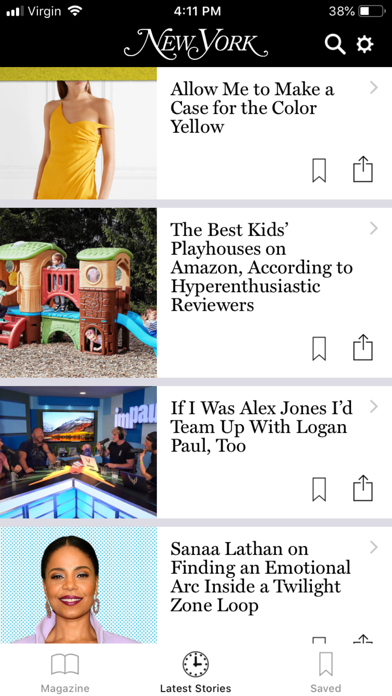 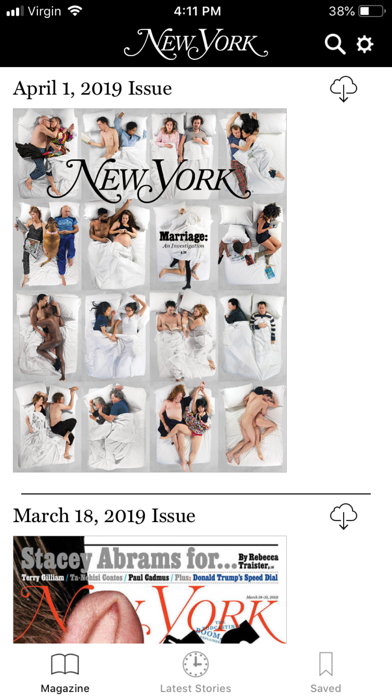 I know NyMag was until recently a small family owned company. It’s too bad the app isn’t more developed: the content can’t be browsed even by rudimentary channels. I hope they swing more attention to the app someday.
By crispy kan

Irreverent, witty, entertaining... drives Rudolph Giuliani crazy... what more can you ask? Fighting the good fight. I also subscribe to the magazine, although at the moment they appear not to know it. Though we are in end times, it still tells me what to watch on Netflix.
By catseattletread

Cannot read through the app
By annoyedintucson

Use a browser. App doesn’t know I have an account. Login page doesn’t work if it displays at all. Can’t find Intelligencer articles that clearly shown with a browser. Search doesn’t work. Three days before a big Democratic primarily debate, Biden has almost knocked Bernie out. Search for the word Bernie. No hits. Also the UX model is poor. Download a magazine issue? Who does that anymore? This is the third time I’ve found a print-first publication of high quality to have completely crap apps and mobile experiences. I empathize that online is killing print. But publishers... you don’t have to hold the gun!
By uinazi

Love the magazine, hate the app

I hate this app. When I download an issue, it isn’t really downloaded because I can’t access articles without WiFi. Awful
By NancyL61

Will not show new stories

It just refuses to update. Nothing new since a month ago.
By appstorenicknamesdonotwork

I couldn’t agree more with the one-star reviews of this app. I thought that problems were limited to me until I read all of the other bad experiences. Photos don’t load, which is particularly frustrating when the whole point of the article is to see the visual (e.g, Look Book). The “Latest Stories” section doesn’t refresh for days sometimes - let alone multiple times per day as the magazine claims. This is ridiculous for a paid content subscription.
By NYT Fan 16

NY Mag—aren’t you embarrassed by this app??

Dearest New York Magazine, I love you. I really do. But I have to ask—what the F is up with this app?!? Every time I open it I feel like I’ve jumped in a time machine and traveled back to a time when apps were a new frontier and it was acceptable for them to only sort of work. Some of the time. Maybe July of 2007 or something? The app is currently so non-functional that I assumed it had to be an issue with my iPhone (even though it’s a late model and usually up to date) because there’s no possible way a pub like NY Mag would let this exist in the world with their name on it. Or maybe it’s an experimental art piece, drawing attention to the garbage state of current affairs with a garbage app? In any case, I’m confused. You deserve better and so do your readers. Please fix it? xoxo
By marshmallowfever

It is hard to think how they could have made a worse app. The latest stories section regularly does not update and only shows a limited number of stories. Why is it not possible to see the latest stories by the different sections of the magazine since they all have their own brands?? Seriously ridiculous how poor the consumption experience is. It’s 2020. If you want to be a paid media company you have to have a functional mobile app. Jesus.
By LouLou7568

This app is infuriating because I love New York magazine so much—and it doesn’t allow me to access its own articles. The feed hasn’t refreshed in days. (“Refreshing” does nothing.) It’s common, even on the rare occasion it does refresh, for the same story to show multiple times. No photos or videos ever load within articles. I’ve uninstalled and reinstalled to no avail, and my husband has the exact same issues. NY Mag, please fix your app! The hard part should be excellent writing, and you already have that handled.
By lizaizaza