Compete against the World in 20 NEW Angry Birds levels every week! Or take your chances in the Star Cup as you go head-to-head against individual opponents! Compete with your friends, come out on top, and climb the leaderboards to become the BEST Angry Birds player in the World! Tournament Features: – NEW Competitive Tournaments starting every Monday, Thursday and Saturday! – Play 20 NEW levels every week! – Challenge opponents and win to advance to higher leagues! – Take hold of the top position for amazing rewards! – Special Themed Tournaments every other week! Star Cup features: – Challenge other Angry Birds players one-on-one! – Free Power Ups, Level Effects and Special Slingshots on every level. – Collect Feathers to level up your Birds and gain more scoring power! – Win streaks! Win multiple matches in a row to increase your Rewards. ----------------------------- Need some help? Visit our support pages, or send us a message! https://support.rovio.com/ Like us on Facebook: https://www.facebook.com/angrybirdsfriends/ ----------------------------- Angry Birds Friends is completely free to play, but there are optional in-app purchases available. Terms of Use: https://www.rovio.com/terms-of-service Privacy Policy: https://www.rovio.com/privacy 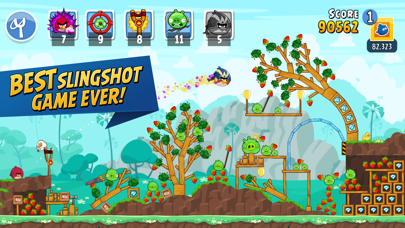 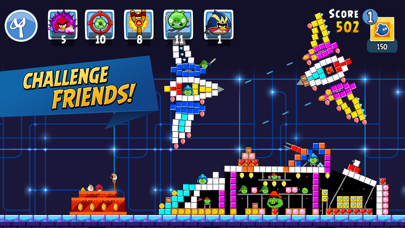 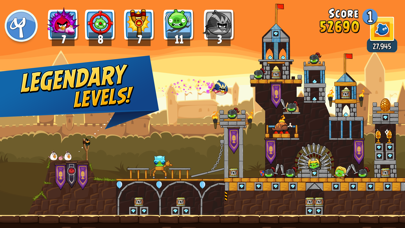 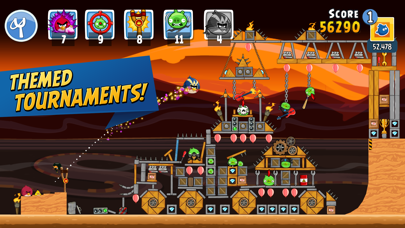 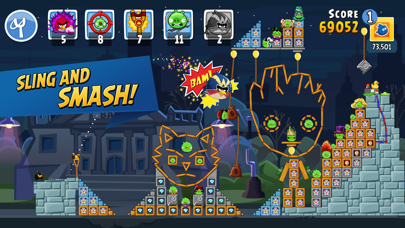 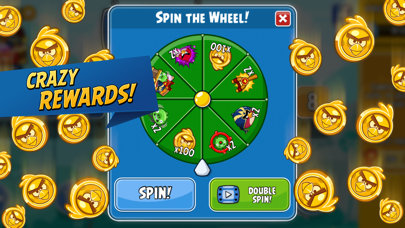 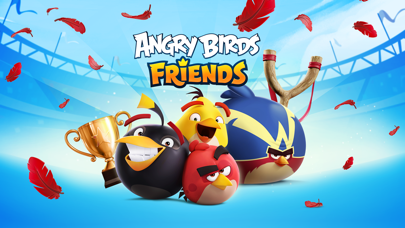 Can’t buy any thing from the bird store , keeps saying “ out of stock. “ , can’t buy anything , what’s the point of playing
By Janet. 528

After changing FB password, the app would not let me sign in and gave error message with a code number but there was no way to find any solution to the problem. So starting over at zero.
By AKWaco

1 star for lying to my wife

I love angry birds , why would you get rid of the original , The most famous app in history and bam, you delete.
By plenty of trick shots P.O.T.S

SCAM!! FOR THOSE WHO LIKE GIVING MONEY TO ROVIO AND RUINING FOR THE REST OF US.

Great, there's a new update 3/29/20. I wonder how long I can play until I am forced to update the new crap!! They have to tweak the algorithms for more money!!! UPDATE: I just want to play an honest, game with equals and not this bs with 'cheat birds'. You don't need skill to cheat!! There's no challenge, and It's not about strategy, nor is there that satisfaction when you finally get 3 stars. It's frustrating because most Tournament levels will not give 3 stars unless all the debris is gone. The birds no longer break the debris they were made to beak, the sling shot is shoddy, TNT doesn't explode, etc... Rovio keeps adding more and more debris, and a lot of it is out of range. WHO CARES WHAT IT LOOKS LIKE?! YOUR GRAPHICS ARE A JOKE!! Try leaving the graphics alone and do something constructive for US and not your bank account!!QUIT MESSING WITH THE GAME. PEOPLE THINK YOU ARE MAKING IT LOOK COOL(joke), when all you're doing is fixing it to make people spend $$$$$$!! Once again Rovio's update does more damage than good. Who cares what our coins look like when collected?? Now the slingshot keeps sticking and when you let go, the bird is pulled back and stuck!! This continues to happen when playing Star Cup and I keep losing. If you're want to update something?!! UPDATE THE STAR CUP LEVELS!! They are old and repetitive!! ROVIO, quit trying to tweak the games for more money. You've already ruined AB. I'm not connected thru facebook, it's just another way for apps to invade your life and privacy. I would not do it if I were you. TOURNAMENTS are set up so the only way to get 3 stars is to spend money on the 'cheat birds'. The debris is out of reach, the birds given are insufficient for the debris, the sling shot performance is poor, TNT doesn't explode, and now they add diamonds inside debris and that are worth 5,000 points each. You have to clear almost all debris for 3 stars. In January, I was getting first place without using any cheat birds, and now I am usually in 35th+ place. The levels are now set up where need to use 2 or cheat birds to get any higher placement. I just played a level in the tournament, and cleared more debris than an earlier try and my score was over 50,000 points less!!! This happens a lot!!! Star Cup is a joke, too. They have the same levels over and over, and the same spinner crap, too. I played 3 games, and 2 of them were identical down to the 3 things the spinner gave. Nothing is random, it's. Set up for people who are dumb enough to give their money to Rovio. The game is inconsistent, debris doesn't break, TNT doesn't explode, the bird's performance is poor, and slingshots barely work. There is so much debris, it's hard to see the pigs! And, the debris is out of range because Rovio wants you to buy the cheat birds. DO NOT WASTE COINS ON SLING SHOTS, THEY DO NOT INCREASE SCORE OR PERFORMANCE. I USED COINS I EARNED TO BUY THEM AND THERE WAS NO CHANGE IN MY SCORES OR DEBRIS CLEARING. What's really sad is newer players think this is fun and its' a joke compared to the 'ORIGINAL' AB games. Anyone who played the 'Original' AB games and says they like the new games...is lying!!
By Debtser63

It’s currently not giving me my daily 2nd spin, and not giving any thing else. Seems like it has me locked out!!!
By Baconusinbirds

I am so frustrated!! The game lags so much that it’s virtually unplayable. The system errors have shown up again, so it takes the power up, but you can’t use it. I used to love this game, but now it’s screwed up to the point that something that it supposed to be fun and relaxing is now stressful. I will not spend another dollar on this crappy game. Send me an email when I can actually freaking play it.
By HBIC71

I don’t know what you did but this update is flawed beyond belief. Can’t get double spin and there are no longer any free spins for extra help. It is totally not worth playing any longer. I won’t be spending my money on this game.
By Guidamomma

No giving free spins an others

You owe me gold coins.Fix it
By Eagle523