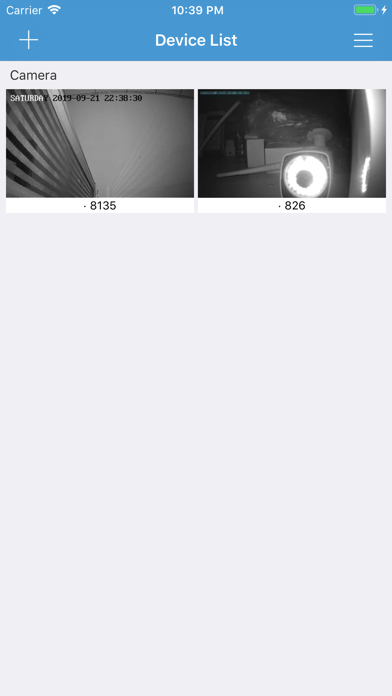 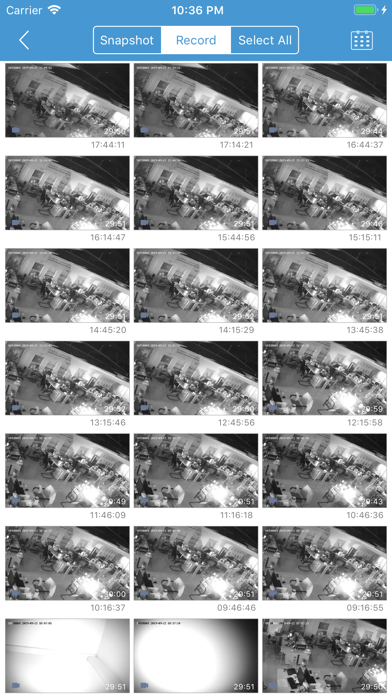 Save your money worst buy the app doesn’t even work or the camera. Won’t let you log in or the password won’t get accepted. Things are supposed to be simple and obviously this company didn’t get the memo. Consumers want simple and easy not get this junk that you have to fight with just for it not to work!!
By marzz1375

Still uses 100% CPU with iOS 13.4.1 on an iPhone 11. Also, difficult to view landscape mode using a device that is mounted in a holder. Update as of 26 May: The review above was posted on 16 May. That review clearly states the version being reviewed. V7.4.3 is the latest version and has been for two weeks. The developer replied on 21 May suggesting that I update the MIPC app. SMH This CPU usage issue has been happening for at least a year - which spans multiple versions of the MIPC app. I (and others) see the issue on multiple devices - including one that is too old for an iOS update. Earlier versions of the MIPC app didn’t have this CPU issue, so I know that it is the MIPC app that has changed for the worse. I have updated to iOS 13.5 since my review on 16 May. The CPU issue persists. The Apple iOS generates a log file warning file the user that the MIPC app is using 100% of the CPU. Let the MIPC app stream a camera for at least two minutes - then look in: Settings > Privacy > Analytics & Improvements > Analytics Data Look for a file that starts with: mipc.cpu_resource-2020..... Below is a snippet from that file: Command: mipci Identifier: com.shenzhenmining.mipci Version: 7.4.3 (7.4.3.2004291030) PID: 1448 Event: cpu usage Action taken: none CPU: 90 seconds cpu time over 90 seconds (100% cpu average), exceeding limit of 50% cpu over 180 seconds Update as of 28 May: The developer reply to the info above was “ You can click the horizontal image to enlarge”. Update as of 26 June: App streamed video that was at least 20 minutes old. It was not from a locally stored recording. App still overheats iPhone. Update as of 22 July: No developer responce. Update as of 19 Sept: iOS 14 - no change in this app maxing out the cpu - gets phone hot and damages battery.
By Users of iPhone11s

When it works it’s great

When the app works it’s great. I’ve had my camera for a little over a year and it worked fine. Now all of the sudden it started to mess up. Now it won’t even upgrade my camera so I can’t see anything. I even deleted and downloaded the app again. Nothing.
By Sydni Lynnette Greene

The cloud records when it wants to
By djdksisk

The functionality of the app is totally fine. The biggest issue is with the battery consumption. It will go through your battery in less than an hour. Not sure what it is doing in the background, mining bitcoin? Displaying the video feed does not take up that much power.
By kSplitter

A pretty reliable app, but

Lately, i have been getting indications of “abnormal prompt” when accessing the device. Possibly started after last update. Some improvements needed in replaying videos. Some other camera apps (Wansview) the replay speed can be changed.
By mygirlkari

App functionality is pretty good. However what’s really frustrating is it makes your phone extremely hot. I have the newest iPhone and after viewing the cam for 30 seconds, it gets really hot and drains battery fast. Makes me not want to use it for the sake of my battery. I had tested the app on my girlfriend phone and some of my friends with different models and all had the same result. What a shame.
By Mchong94

This camera works great when it works. But it always says locked out or this device is offline. I’ve tried reconfiguring it about 10 times in a row and it fails every time. We have the correct wifi and the correct password and it just won’t connect.
By CrazyDaisy113

iPhone 11 Pro Max gets super hot when using this app. Otherwise I enjoy using it. Please fix.
By dudleyboo

Seems like this is a wide issue. Cannot get push notifications on my iPhone anymore. One of tue reasons I purchased this was the price and ability to be notified on my phone when there is movement. My elderly mother tries to sneak out at night and the notifications are essential to intervene! Amazon will be getting a review as well.
By BoneeShuddIn