LINE reshapes communication around the globe, letting you enjoy not only messaging but also free voice and video calls wherever you find yourself. Download LINE now and stay close with your favorite people. ◆ Free voice and video calls any time, anywhere. Share your screen during video conferences. Enjoy great quality calls free of charge, no matter where you are. Up to 200 people can join a group call. Host video conferences and online gatherings with the all-new Screen Share feature. ◆ Convenient chats where anything is possible! Send and receive messages, photos, videos, stickers, and even large files from your friends. ◆ Auto-sync your device and PC Your LINE chats are always up-to-date! Whether on the go with the mobile version or connected to the desktop version at work or home, your LINE is synced automatically across all versions. ◆ Your own personal storage space: Keep Store messages, photos, videos, and more in Keep where you can easily share them with friends. ◆ Enjoy secure chats with Letter Sealing All your chat messages, calls, and shared locations can be encrypted using Letter Sealing. Your chats are always safe in LINE! 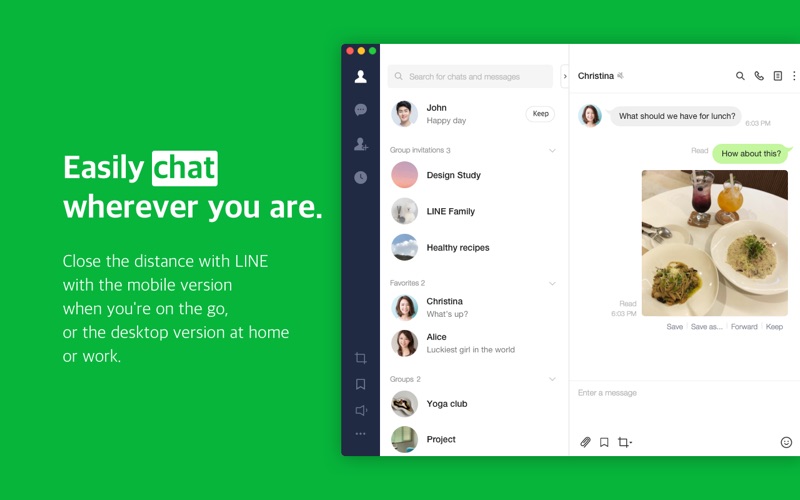 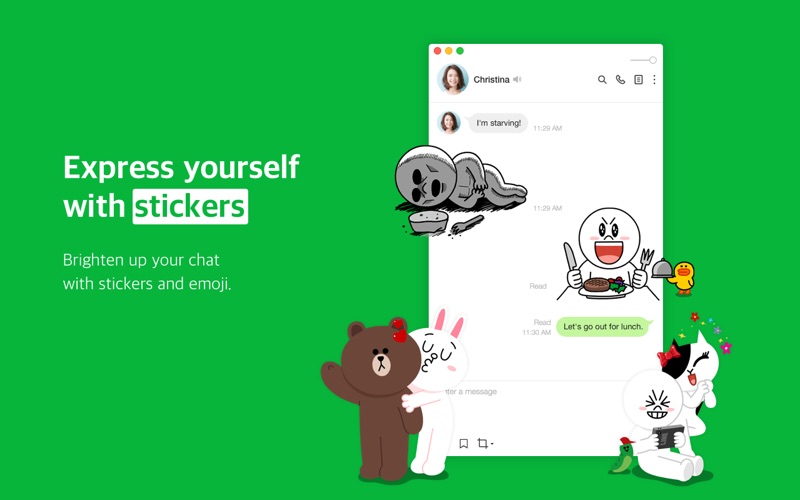 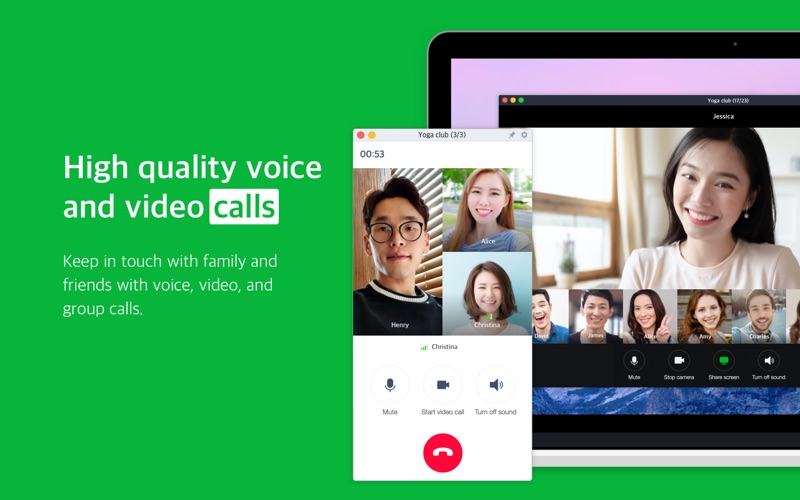 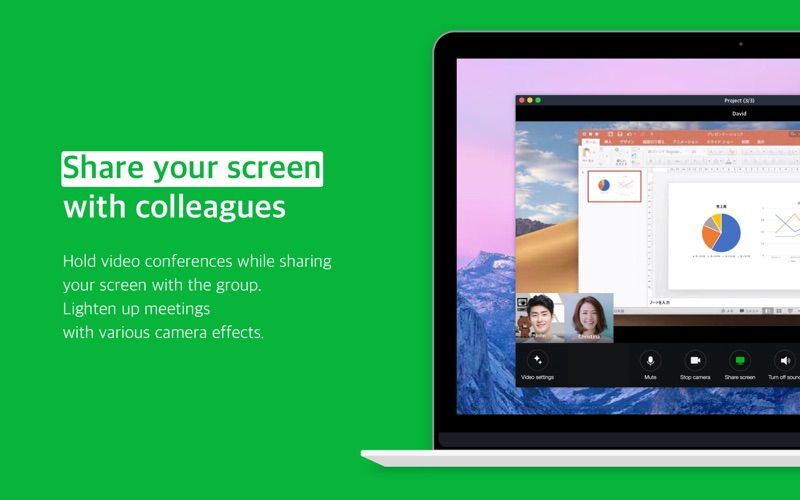 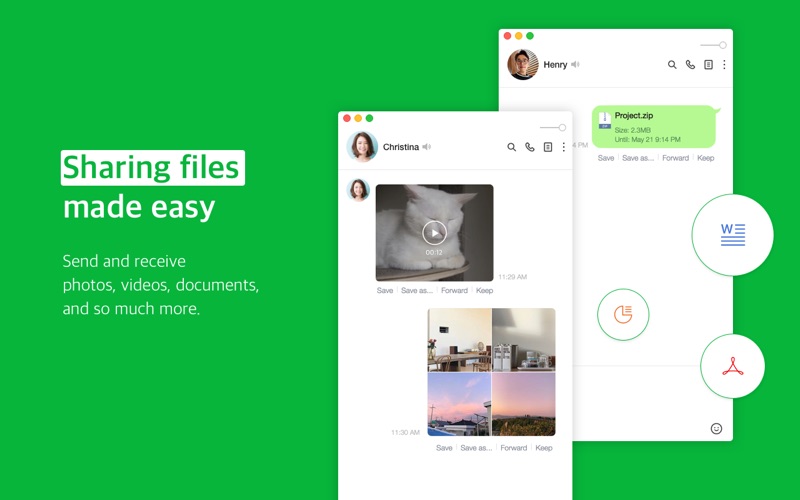 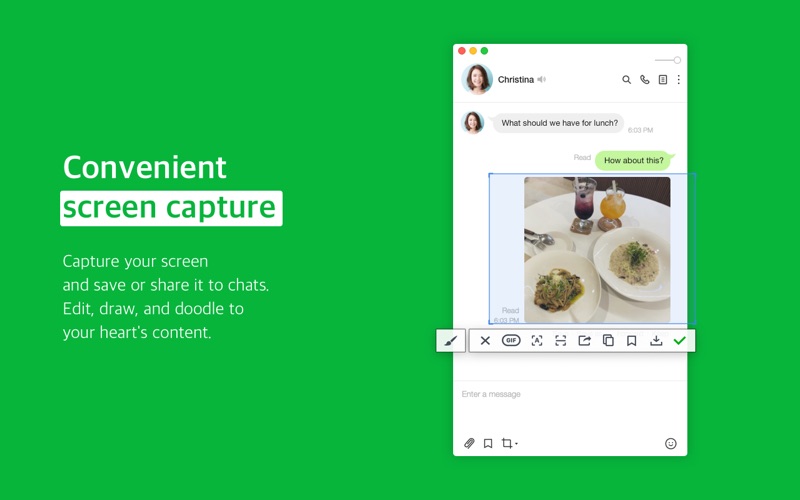 It's ridiculous how there is no dictation support. I have to cut and paste from other apps in order to use the microphone.
By BassHedz

This used to be such a nifty app, I would’ve given the old version 5 stars. Unfortunately, ever since late last year, I have been unable to make and take phone calls on the MAC version. When I try to call someone, it doesn’t go through, and the person I’m calling sees it as a Missed Call. When I try to accept an incoming call, LINE will suddenly crash, and I have to sign in all over again. I’ve tried and tried and tried, but it never works. The messaging function of the MAC version still works, but it’s really disappointing that I can’t make or take calls anymore. I thought this issue would be fixed by now, but I’ve been waiting for months with no change or suitable updates. I’m really disappointed.
By Cornflakes222

I can't understand how terrible the programmer can be. Please fix the proxy bug.
By 萃九时凝

I've been enjoying the subtle improvements in the mobile version of LINE lately and would love to see them come to the MacOS version. For example, TouchID support would be great. I'd also like to see fixes for the bugs I've encountered lately including one that causes my app to launch in an extremely small (maybe an inch squared) window and not being able to close videos that have been shared with me without quitting the app all together. It would be great to have themes as well, even if they only go so far as dark mode compatability.
By Ollie C.

too hard to register account, I gave up after 30 minutes, not worth it, no human to talk to
By Bev Westberg

Every time I restart my Mac or exit the application, I am forced to sign back into Line. How inconvenient. This occurs every single time. Unfortunately, due to this, it makes the Mac version of Line not so great to use. 2/5 stars. Would not recommend.
By iChris36

Why have it available for download when it's no longer working!? I LOVE LINE Please bring it to Mac!! It works great on my Ipad and Samsung devices!! Will change my review to 5 Stars if it becomes available again.
By Potato Bunni

I can’t make an account. The sign up button is nowhere to be found. Dissapointing.
By Love2000AMGlam