Poker like you've never seen it before! If you crave the nightlife, risk, and thrill of playing poker in an ultra realistic experience that will make you feel like you’re sitting at a table in Vegas, then you will LOVE Fresh Deck Poker! Come play the best free Texas Hold'em poker game with THOUSANDS of people online every day! Fresh Deck Poker has all the right sit-n-go tournaments and ring games for you. The numerous rooms to explore, ability to play with friends online, and the interesting non-playable characters you can interact with adds a little spice to the game while you make your poker skills shine. Play on your iPhone and continue your SAME GAME on your iPad or from any mobile device! Fresh Deck Poker is the FIRST free mobile poker game to offer an immersive experience in matches that take place in locations all over the world. Choose your avatar, show off, and dominate the poker tables! FRESH DECK POKER FEATURES INCLUDE: • CHALLENGES: Complete daily and weekly "gigs" to collect tons of rewards. • AVATARS: Choose from many gorgeous avatars that come alongside custom table themes for each of them. • TABLES: Put the turbo speed for a No Limit Texas Hold'em Sit-n-Go's. Up to 9 handed Ring Game tables. • LEADERBOARDS: See how you stack up against other players or your friends in the Leaderboards. • BONUSES: Suit up for Millionaire Machine, GSN's most exciting jackpot ever! • LEVELS: Keep on levelling up to get rewards! Play for FREE today! ...and don't forget to... Like Us on Facebook: http://www.facebook.com/FreshDeckPoker 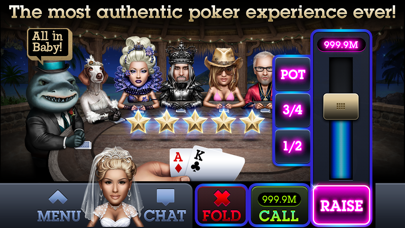 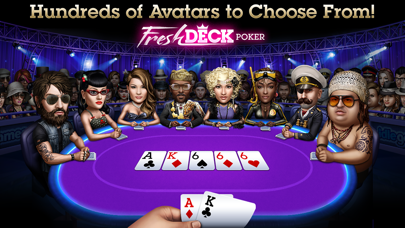 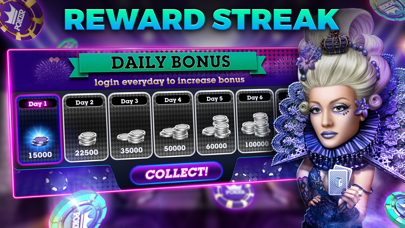 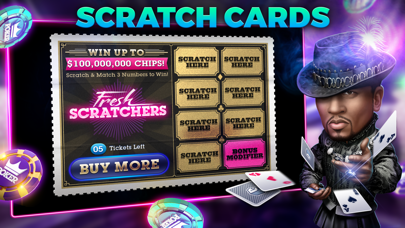 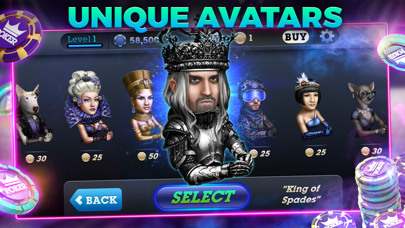 At the beginning of 2020 you updated the app and completely botched it. Game crashes constantly and dev says nothing. Some days no one can connect to the server at all. Look at all the complaints you’re getting. You don’t know how to fix it do you? For 7 months I’ve held on hoping it would go back to working perfectly as it used to. No luck! Deleting this app.
By Doohbra

Too many glitches to play. Stops mid game with connection issues. Won’t even start unless I power down my phone and restart it. My phone is wearing out turning it off and back on. When is the next update coming ? Hope it is better than the last one! Still looses connection mid game. Makes it very difficult to play Still looses connection mid game! Seems every time my 1 hour bonus time times out I loose connection. Very Frustrating!!! Once I turn my phone off and back on it connects. Why do continually have to do this? This is still a piece of S—- program. Continually disconnects mid game. Seems less players are even trying to play. I’ve been put on the bad list again so bad beats here I come. Now I can’t even get on after turning my phone off and on. Connection issues are getting worse! Well it’s been 6 hours and still connection issues. Guess it’s time to dump this app and find one that works!
By hrqxctnkp

Will either kick you off or will not let you play. Because, there servers aren’t any good. You loose the money you were playing with.
By tmclbnk

This game with downhill since 2013

This used to be the best poker app ever no longer I stopped playing this game along time ago. Updates are supposed to improve the game but their updates made it a lot worse it’s a matter of time before this app completely disappears
By Frankie2toned

To say this is the best app is crazy. It freezes all the time. They say they are working on it but they’ve said that to me for months. Don’t believe them . The programmers can’t figure it out and don’t intend to fix it. The server is way to under powered but they’ll never did it either. Go somewhere else.
By pbwgamer

I use to love this app. Decided to download after a year of not playing it. I even made a purchase early to have coins and not was that a mistake. You can’t even finish a game it constantly has connections issues. Losing chips because you can’t finish your hand. Total bs do not waste ur time. I only feel obligated to stay because of my stupid purchase but it’s just more frustrating trying to get through a simple hand!!! Whoever took over this app just quit your job.
By PennyLiss

Turn the chat feature back on. These automated response are lame!!! You wanna tell some nice hand your gotta day good game.. did you guys not really think this through???
By Script_RR

New version is complete trash. I imagine you could make this game worse, but I’m not sure how.
By cwilcox1976

Not as fun as it used to be

Since they took the chat away the game is not as fun. They have a small set of preset comments to choose from that are lame. Sure there were some players that were not nice but people could mute the chat if it bothered them.
By Kimothy5