Live Sports. Breaking News. And a Mountain of Entertainment. Paramount+ has arrived! Stream tens of thousands of full episodes--including favorites from CBS, Nickelodeon, Nick Jr., Comedy Central, BET, MTV and Smithsonian Channel--plus exclusive shows, brand-new originals, and live sporting events like UEFA Champions League and the NFL, when you subscribe to Paramount+. Now this is peak streaming. • Watch tens of thousands of episodes on demand from hit series like Survivor, NCIS, SpongeBob SquarePants, The Challenge and more! • Stream 4 channels of live TV: your local CBS station (including the NFL), 24/7 news coverage on CBSN, live scores + highlights on CBS Sports HQ and 24/7 entertainment news on ET Live. • Create up to 6 individual profiles for each member of your household. Have kids? Use our Kids Mode profile feature for extra security. • Obsess over originals. Watch subscriber-only original series like Kamp Koral: SpongeBob's Under Years, The Stand, Star Trek: Picard and Why Women Kill. • Download and watch offline with a Commercial Free plan.* • Catch the best in live events, like the GRAMMY Awards®, NCAA March Madness®, The Masters Tournament and more. Try Paramount+ free now. After your trial, it’s only $5.99/month for the Limited Commercials plan or $9.99/month for the Commercial Free plan.* Download the app now to get started. *Live TV includes commercials and select shows have promotional interruptions. Downloaded content is accessible for earlier of 30 days from date of download or 48 hours from start of playback. Content availability subject to change. Please note use of the Paramount+ app is limited to the United States. Paramount+ promotional offers for new subscribers only. Live TV subject to availability. Prices shown are in U.S. dollars. Other restrictions apply. Your subscription will automatically renew after any applicable promotional period and your Apple ID account will be charged the subscription price on a recurring basis until you cancel. You can cancel your subscription at any time through your Apple ID account settings. If you cancel your subscription, the cancellation will go into effect at the end of your current subscription period, as applicable. You will have continued access to the Paramount+ Service for the remainder of your paid subscription period. Please note: This app features Nielsen’s proprietary measurement software which will allow you to contribute to market research, like Nielsen’s TV Ratings. Please visit http://www.nielsen.com/digitalprivacy for more information. Paramount+ Subscription Terms: www.pplus.legal/subscription ViacomCBS Privacy Policy: https://www.viacomcbsprivacy.com/policy Cookie Policy: https://www.viacomcbsprivacy.com/cookies Do Not Sell My Personal Information: https://www.viacomcbsprivacy.com/donotsell 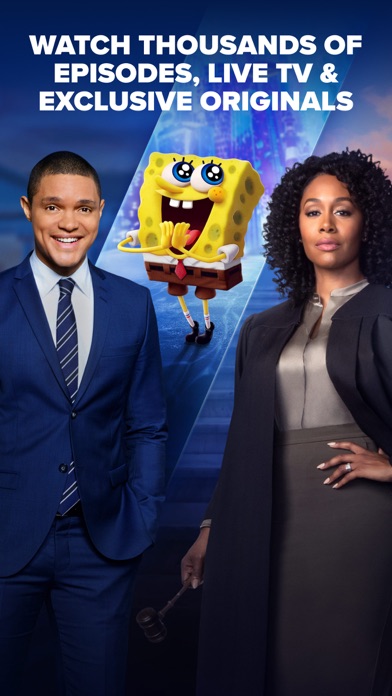 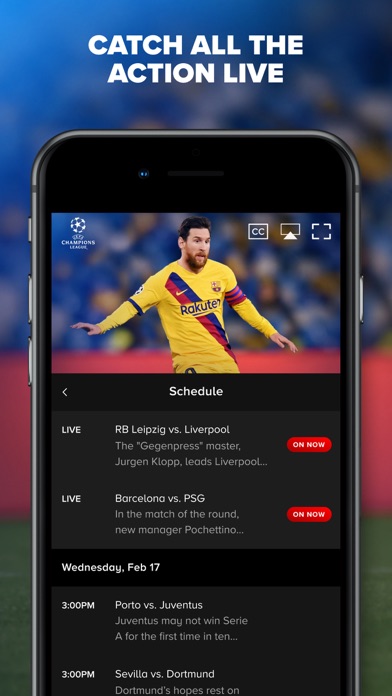 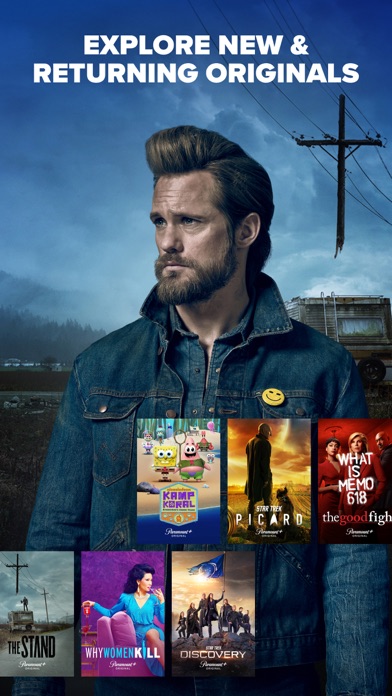 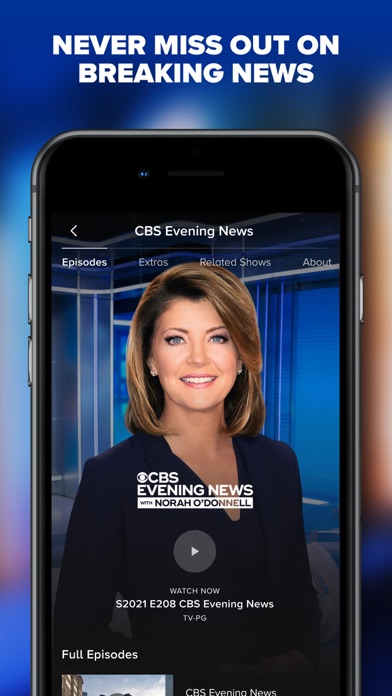 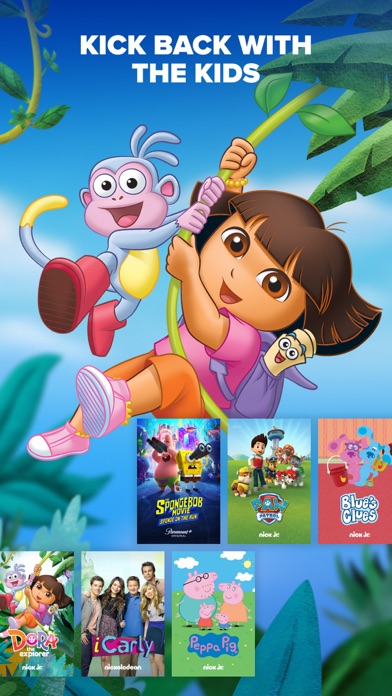 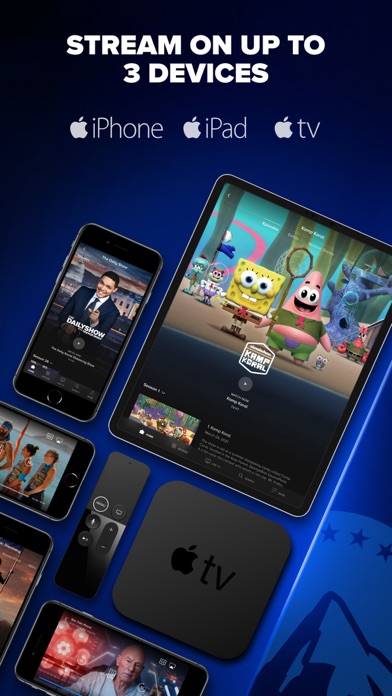 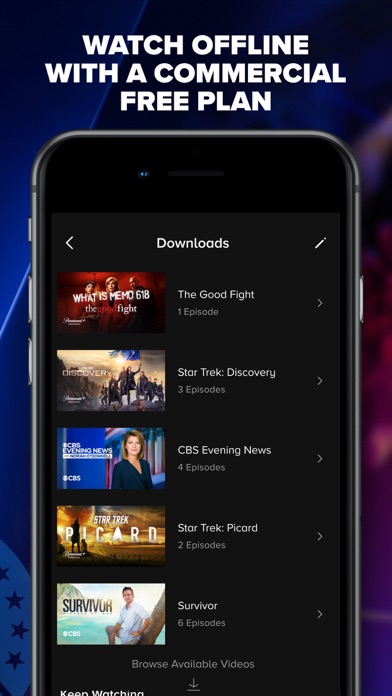 How is it I’m paying for an app that won’t even keep track of what shows I’m watching and have them easily accessible, like every other streaming app??? Every time I open the app, I have to constantly dig down through cbs to find the shows I want to watch. EVERY.SINGLE.TIME. It’s called a Watchlist, maybe your coders can Google what that is, and implement it. SMH
By MCSE4u

No watchlist and doesn’t save place.

I really enjoy CBS/Paramount but I don’t understand how an app with this platform and that costs a monthly fee doesn’t have better user interface. There used to be a place where it would save my shows and even what episode I watched. Then it changed. I had hope when there was a switch to paramount that there would be updates to the app for the better. However, it is just the same. I hope they can look at how all other platforms saves the users place in a show and even lists out shows the user watches. Just frustrating and hope there are ideas to improve this functionality of the app soon. If so, then I would love the change to 5 stars.
By SMS31592

The Apple version seems to work just fine but my Roku TV app is garbage when it comes to replaying Champions League soccer matches - which is literally the only reason I have this subscription. My TV isn’t brand new, but I don’t have his issue with other apps. The video and sound is a few seconds off. Sometimes it just stops for no reason or doesn’t load. I don’t have this issue with other apps. I feel like we pretty much solved the whole streaming TV things so I don’t know why this is still an issue from a super large company than can afford a decent developer. Kicking my subscription as soon as I watch the games I want to watch.
By Hopethisfrigginnameainttaken

Paramount+ has every show I love watching and tons of movies that aren’t on tv anymore!!!😄❤️
By Hejalahdzls

Downloads in comparison to Netflix take 15 minutes or so for 1 episode and then don’t work well offline.
By shanamomma

I have paramount+ for the purpose of watching champions league replays and sadly the replays take hours to load and tend to fail partially through while watching. For example during the second Chelsea vs Porto game, the game did not post until 2 hrs and 30 minutes after and I had to get in and out of the app 4 times to find it posted. Furthermore, 22 minutes in it froze with a black screen and did not allow me to watch, but I could load any other game...if that makes any sense. Thank god the other games are televised through Hulu because this a money pit!
By MarcoFamily

My family and I can handle with watching soccer matches live, even though we really wish we were able to go back and rewatch a play, but go fast forward to get back to live. HOWEVER, the thing we absolutely cannot stand is how LONG it takes for the complete game to show up in Match Replays!!!!! My goodness. The game can end in two hours or so, but you shows it as still Live! It takes an hour or hour and a half or more to actually show in replays. Unacceptable. PLUS, a soccer match the was playing at the same time as the match we really want to watch will show up in Match Replays well before the other, desired match! WHAT GIVES WITH THAT!????? I really wish you can FIX these issues! Watching soccer on your app is the most incredibly frustrating experience. We wish the Championship League games were shown on a different network!
By Laumity

GREAT APP ITS BEEN A LONG TIME COMING

Update-Location Services not working since change to Paramount+

Location Services still not working on iPhone or iPad after several updates. Cannot watch local CBS stations on Live TV. The app generally works ok, but since the switch to Paramount+, I cannot watch local stations. When I click Manage Location, in the app on either my iPhone or iPad, it takes me to Paramount+ under Settings. It should normally go to Settings/Privacy/Location Services, but the app is not listed there.
By KenF53

I like watching my shows on the app. 4 stars because there is no watchlist which is very helpful many and it doesn’t let you watch someth while doing a task at the same time. I don’t mean split screen.
By Olivia4015