Travel around the world in search of your next bingo holiday! Join Blitzy the Bingo cat, for the coolest bingo live fun worldwide! This is a bingo party like you've never seen before! • Get FREE COINS and CREDITS: free bingo games don't get better than this with DAILY coins and free bingo bonuses, including bingo slot machine spins and bonus wheel! • Enjoy online bingo mini-games between rounds - is this bingo heaven? • Check out free bingo quests for epic bingo live prizes and bonuses, including extra credits, coins and power-ups! • Play free bingo games tournaments and win daily when you're lucky number rolls around! Ready for the funnest bingo bash around? Play Bingo Blitz today! Chef Zakarian is coming to the game! Chef Blitzy is at it again! Join him as he opens his very own gourmet restaurant along with world-renowned Chef, Geoffrey Zakarian, offering a top-notch menu that earns 3 Michelin Stars! Join the Coolest Bingo Holiday: Get Even MORE from your Free Bingo Games! Bingo party around the world as you move from city to city, and get even more out of your bingo games with a little help from Blitzy! • Check out his awesome SEASONAL and FEATURED bingo rooms, for even bigger free bingo prizes, collection items and online bingo rewards! • Play bingo rounds in every city for even more power-ups and boosts to level up and continue your bingo holiday! • Play free bingo games your way: customize your dauber, your bingo cards and bingo balls - this is bingo heaven! Looking for rewarding bingo games free to play? You've just found the hottest online bingo worldwide! It’s a Bingo Party: Get Social and Play Online Bingo! Online bingo is so much more fun with friends; free bingo doesn't get much better than this! • Chat away in the online bingo live chat room! • Invite your friends for even bigger free bingo bonuses! • Trade cards from all of your bingo games, and complete your collections quicker for more rewards! • Share the love, and share your bingo pop wins with your friends! Get in touch: Tell us about playing the Best Free Bingo Game! We would love to hear from you! You can reach us at http://Bingoblitz.support.buffalo-studios.com. BINGO Blitz contains optional in-app purchases. This game is intended for an adult audience (21+) for amusement purposes only and does not offer ‘real money’ gambling, or an opportunity to win real money or prizes based on game play. Playing or success in this game does not imply future success at ‘real money’ gambling. 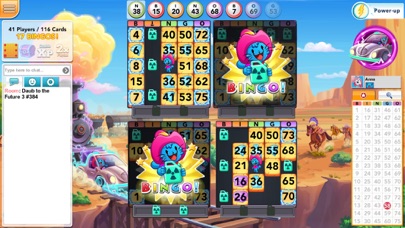 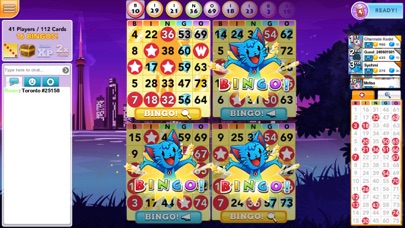 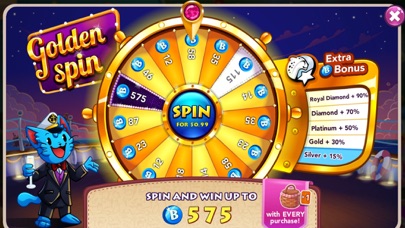 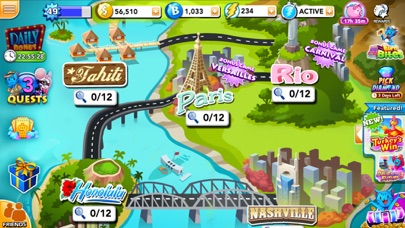 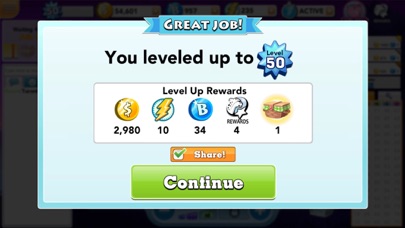 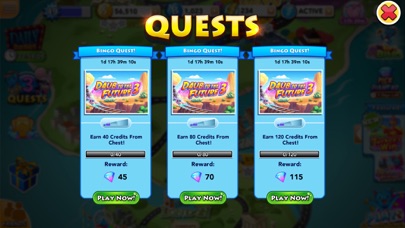 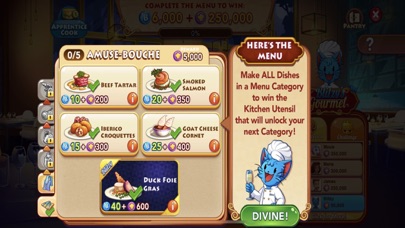 I have been playing Bingo Blitz for a few years and I love it so much I can spend hours playing it throughout the day. Such a fun game and really enjoy all it has to offer.
By Amanda Liffers

Last number too fast to call bingo, I have 2 bingo but cant call because it was the last number and give no time to call
By Buon Roi Nha

I can’t connect to Facebook. I keep getting an error saying the link does not work, and one saying to many redirects. It would be nice to connect so I could play with friends. I have tried troubleshooting and uninstalling and reinstalling. Otherwise it would be a perfect 5 star
By Lorean723

Bugs need to be fixed

I have never had as many issues with this game until here lately! The game has been freezing during rounds, then once it catches back up, you've lost the round! It drops you out of rooms no reason and dosent credit your credits! This is ridiculous, glad to know I’m not the only one experiencing these issues! Needs to be resolve, credits need to be given back each time we aren't able to play in the rooms!
By gracesbat123

When the app works - it’s great! So much fun and not terribly hard to progress. Fun challenge level. However, this app crashes all the time! At least 1-2 times a day, sometimes more, it crashes. Most of the time, it generates a refund for the game you paid for/were in the middle of, but not always. I will still keep the app and continue playing this fun game but I really hope this gets fixed soon. If it does I will gladly change my rating to a 5.
By Ketchleeeeee

Worst bingo game ever. Ask too you information. No thank you.
By gashee516

I have had BB for several years and for the past 4 years(no lie or exaggeration) I’ve only needed 1 shadow card to complete the collection, but no matter how many times I’ve played the Anchorage room, I never get the shadow card I’m needing. It’s never even offered to me. I deleted the app for a while because it became too frustrating, trying to hope that I get the only shadow card I need in the next round. I’ve re-downloaded this app just to give it another shot and still have played the Anchorage room over and over and over and still do not get the only shadow card I need. Not to mention, it’s almost pointless to even play any of the other games, because your chances of winning are slim to none. The numbers roll is super slow but somehow others are able to get a bingo, meanwhile I’ve only been able to daub like 4 numbers on each board. The daily tournament is pretty much a waste of time, you’d have a better chance winning the mega million lottery.
By HazelDimplez