Charge into the action in the best Tower Defense TD game ever created! Welcome to Kingdom Rush! Kingdom Rush is the first installment of the award-winning offline tower defense saga, loved by millions and earning accolades from gamers and critics around the globe. Use your strategy to defend & guard the kingdom and its castle as you crush the forces of evil. At your command, you will have a vast arsenal of epic towers and spells! Command the mightiest heroes and lead the greatest army in Linirea to victory in this epic offline tower defense game that will keep you hooked for hours! Fight on a castle outskirts, forests, mountains, and wastelands, customizing your defensive strategy with different tower tests and specializations! Rain fire upon your enemies, summon reinforcements, command your troops, recruit elven warriors and face legendary monsters on this adventure to save the Kingdom from the forces of darkness! Kingdom Rush game features: SET YOUR STRATEGY WITH THESE AMAZING TOWERS AND UPGRADES -PLAN YOUR STRATEGY! Choose among very different tower styles. Clash against your enemies! In this TD offline game, you will need to think about your strategy! -MAXIMIZE YOUR ARMY'S POWER with 18 tower unique abilities. Rush and test them! GUARD, LEAD, AND CONQUER THE KINGDOM -13 MIGHTY HEROES who will help lead your troops to victory! -COMMAND YOUR ARMY into action and watch them engage in hand-to-hand cartoon combat! Clash the hordes of enemies! EPIC TOWER DEFENSE CONTENT -OVER 50 UNIQUE ENEMIES from Goblins to Demons each with their own unique attributes! Fantasy TD at its best! -MORE THAN 60 ACHIEVEMENTS with easter eggs to discover and challenges to overcome! -EXTRA GAME MODES that will push your TD battle strategies to the limit! -INTENSE BOSS FIGHTS with the Kingdom’s greatest threats, going head to head with your allies! -IN-GAME ENCYCLOPEDIA with useful information from your towers and enemies alike! Use this to plan your best strategy and clash with your enemies! -PLAY OFFLINE! Test your defense skills even offline as the battle action does not stop even if the internet does! Enjoy hours of tower defense gameplay anytime, anywhere! HEARD ON THE MEDIA ABOUT THIS EPIC TOWER DEFENSE ROYALE GAME: 89/100 Metacritic score! "Probably the best true tower defense game. It's funny, it's polished, and it's hard as balls." - IGN (Editor's choice 9/10 "Amazing") "One of the most engaging TD games we've played..." -Slidetoplay.com (STP Score of 4 out of 4 "Must Have") "Kingdom Rush can be filed in the thin folder marked "games that are pretty much perfect" -JayisGames.com "This is one kingdom you'll be in no rush to escape from" -PocketGamer (Gold Award - Score 9) "Kingdom Rush proves that the defense genre is still alive." -148Apps (4.5 Stars out of 5) Editor's Choice "TD with a Touch of Excellence" -toucharcade.com (4.5 stars out of 5) #8 at CNET's Top 30 Tablet games. #7 at IGN's Top 25 Mobile games. Command your troops and towers to protect the kingdom! ! Play the epic tower-defense royale Kingdom Rush game with your defense strategy! - Terms and Conditions: https://www.ironhidegames.com/TermsOfService Privacy Policy: https://www.ironhidegames.com/PrivacyPolicy Video creators, podcast creators, and streamers: We would love to see your content on Youtube and Twitch! We support and promote channel creators. If you want us to showcase your videos or want to know more about our games, feel free to write to us at contact@ironhidegames.com 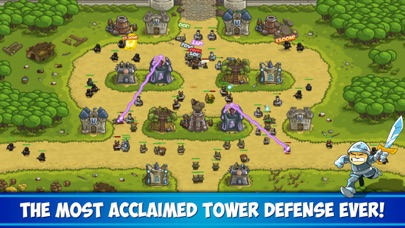 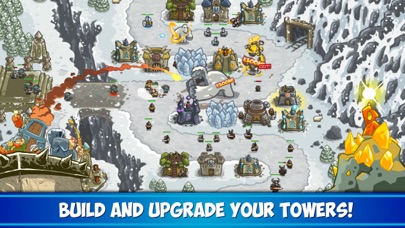 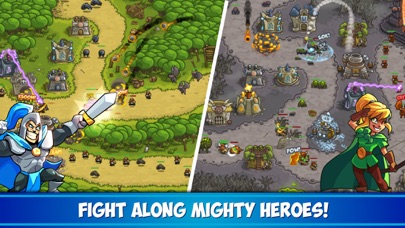 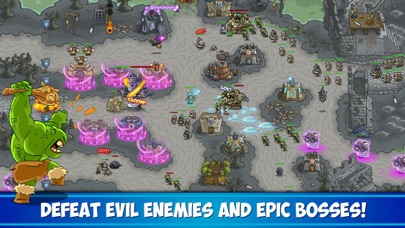 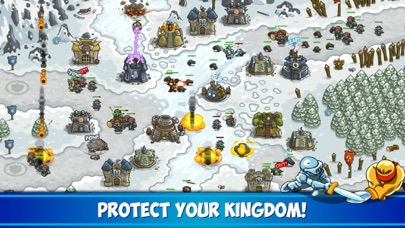