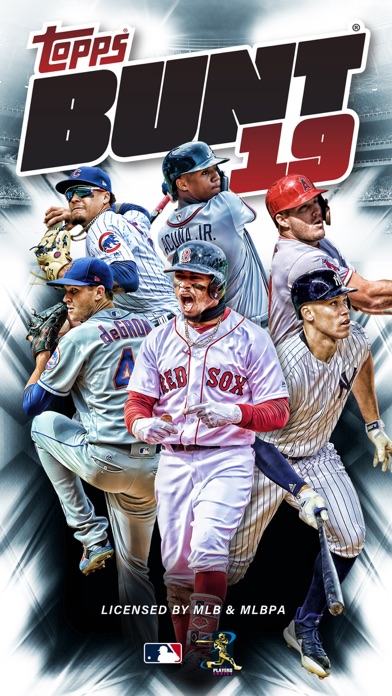 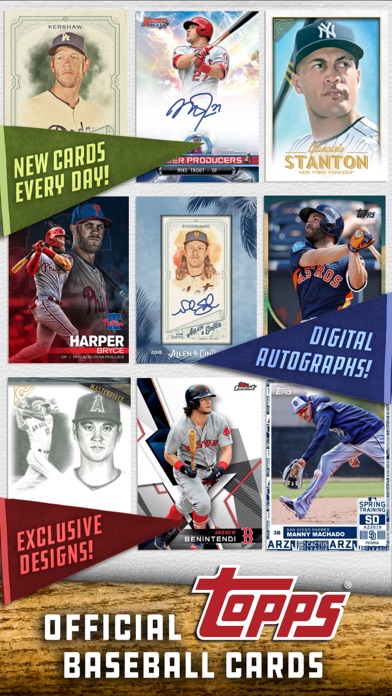 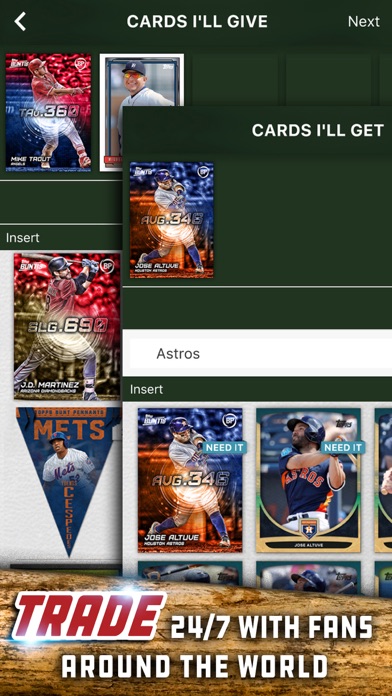 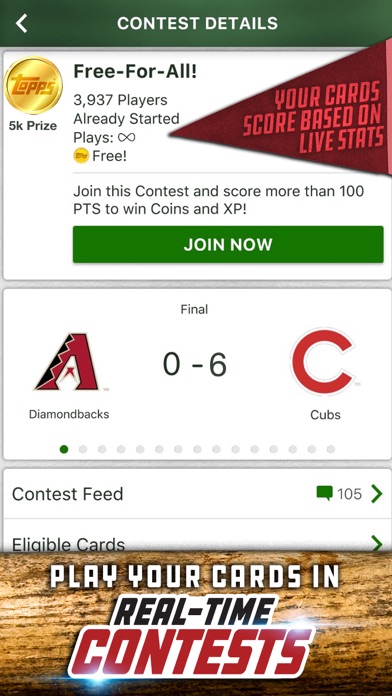 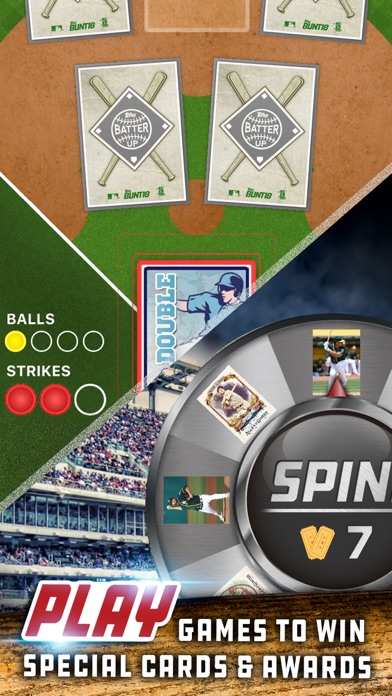 I’ve been playing this, off and on, for a number of years. The most recent decision by Topps, to blow up award and contest card sorting (something ZERO collectors asked for or wanted), is the final straw. How difficult is it to write some code that allows fans to curate and sort their collection? Also: How difficult is it to update players and maintain a release schedule? No idea when 2020 Series One will drop, meanwhile were inundated with cash grab premium sets. Lastly, cross trading for other Topps digital apps ruins trading for me. I suppose Topps can’t control it but it’s lame.
By Tim Andrews

They have odds set for various cards but it’s not accurate at all. You have better odds buying real packs and finding them. They’re just trying to get you to spend money. Most traders on the app are greedy & unfair.
By Brian Don't Know Toys

The new card sorting system has ruined the app. Absolutely terrible. You can’t just take a award card and make it a normal card! Same thing with contest cards! This is unacceptable. I love how my 2016 base award under 10 cc is sorted with my old base cards.... said no one ever. Topps, you guys have really driven this app into the ground. Fix this mess. Oh that’s right, you haven’t cared about your customers for a while now, so why start now? I’ll say something you would care about: this will make long time players such as myself never spend on the app again. You did it to yourself, topps.
By Ryan1286573727382827

I used to love this app. Then Topps put in the policing system. This system states if 3 people flag your posts for a number of different violations then your account is suspended. 3 suspensions and you’re out of the game. It’s a completely flawed system and the only reason I got my first suspension was because 3 jerks didn’t like my trades and flagged me for it. This app was always my favorite to play after school. Now it just shows me that Topps is careless in their rules and allows people who actually violate their rules to get off scotch free
By aajezowski

Topps states the odds of pulling cards for each release but these are NEVER accurate. Preferential treatment is given to players paying real money so just know that you’ll need to pay to compete. You can still use the app w/o paying but will not get the same quality and/or high value cards as those that pay. And lastly, this app will SEVERELY DRAIN YOUR PHONE!
By F topps

Best of the Topps apps

I was skeptical at first, but it’s a great way to get your collecting fix. I think Topps has done a great job. I wish they could figure it out with Skate and Huddle.
By mike.bilder

If they could create a way to login via email only instead of using Google or Facebook this would bump my rating an additional star. The game is fun and I enjoy collecting. I likely won't pay to play, but would be neat if we could snapshot our own collections for show or trade as well!
By TWJ76

Used to be fun

NOw it is a straight up money grab! Keep making people pay tons of money for fake cards! No chance at any sets unless you buy buy buy! Buy real ones folks for a 1/10 of this junk.
By Whiskeymen

This is just a great game overall, even if you don’t want to spend real money. Just like collecting in real life... just digitally.
By broncosfan1122