• The ePaper is a full replica edition including articles and pages as they appeared in print, including the Sunday Comics. • The ePaper is free for Boston Globe digital subscribers and many print subscribers. • Read stories in the Page view or Article view. • Share articles via email and social media. • Recent back issues are available for download from the archive by tapping or swiping "Archive". Subscriptions: • Payment will be charged to iTunes Account at confirmation of purchase. • Subscription automatically renews unless auto-renew is turned off at least 24-hours before the end of the current period. • Account will be charged for renewal within 24-hours prior to the end of the current period, and identify the cost of the renewal. • Subscriptions may be managed by the user and auto-renewal may be turned off by going to the user's Account Settings after purchase. • Any unused portion of a free trial period, if offered, will be forfeited when the user purchases a subscription to that publication, where applicable. Privacy Policy: https://www.bostonglobe.com/tools/help/privacy Terms and Conditions: https://www.bostonglobe.com/tools/help/terms-service 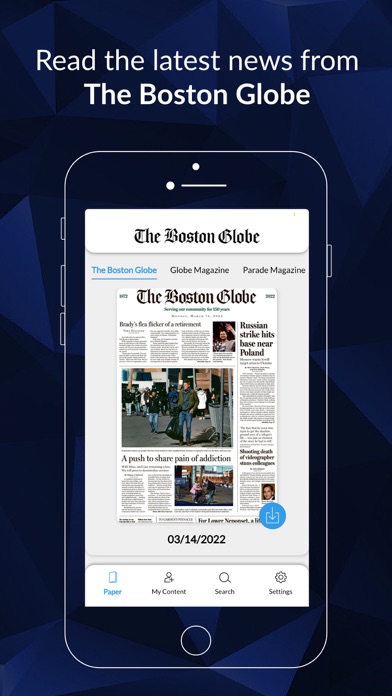 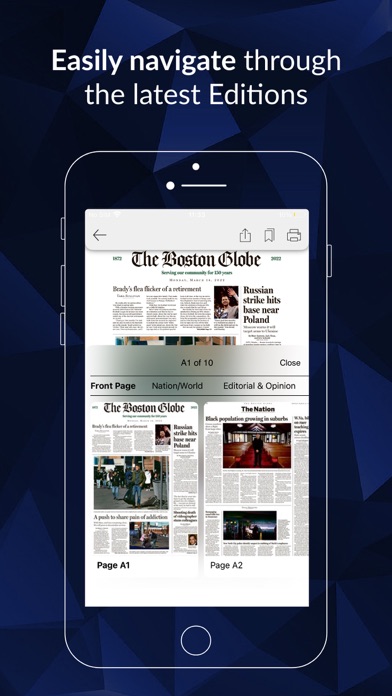 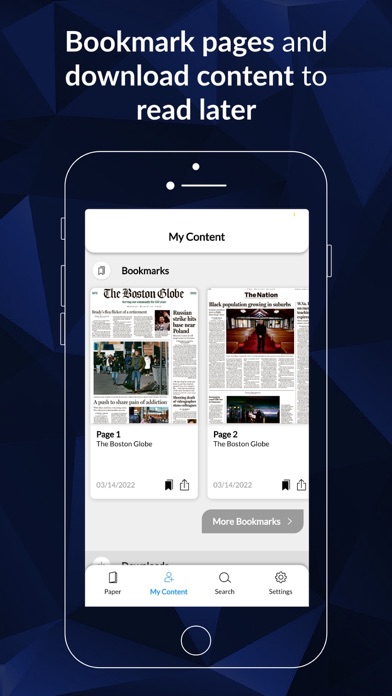 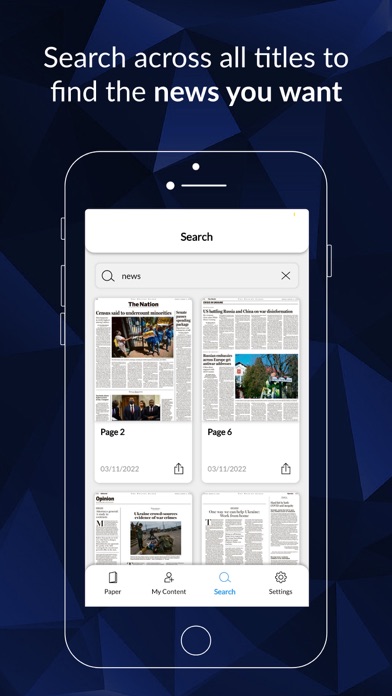 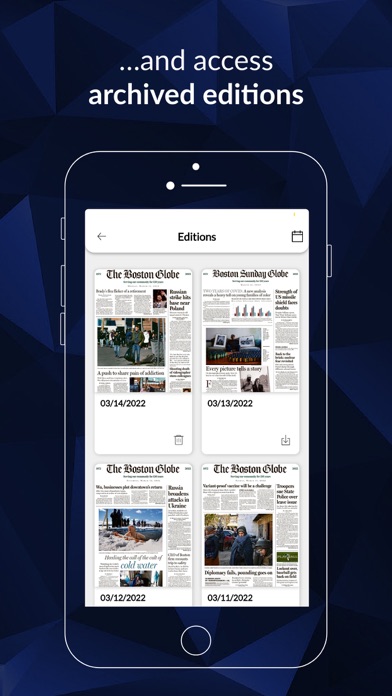 This is a poor app that keeps getting worse with each update. I’m a paid subscriber (but not for much longer at this rate) and yet the app bombards me with non-dismissible ads saying “You’ve been selected for a special introductory new subscriber rate” with no way out except to click on Sign Up. If you try to log in it doesn’t recognize you as a subscriber.
By Geophizz

Not a joy to use

It is nice to be able to browse a full replica edition as a digital subscriber. The app is allowing that, but continues to be buggy. On the iPad Pro, it will not show the images of current and older issues, only blanks. After opening, it will frequently show a previous issue as current, requiring a pull-down refresh. In article view, the order of articles isn’t obvious so you have to constantly move back and forth between page view and article view to find what you’re looking for. In the comics, the image quality is frequently really bad so that enlarging the page only leads to a pixelated view that’s not helpful to my decreasing eyesight. Page navigation is difficult as you have to first have to reduce page size to a minimum before you can swipe to the next page. Alternatively, tap on a blank spot to bring up the navigation menu, and move to the next page from there. If you accidentally tap in the wrong space, you’ll end up in article view instead. And to add insult to injury, when you send a help request via the built in support email function, it is undeliverable. Some TLC for this app would be welcome
By Phoibos

This latest version is the worst. Can no longer navigate quickly to a particular section because there’s no table of contents, you have to continuously hit the arrow buttons at the bottom of the screen and hope you somehow find what you’re looking for. Incredibly time-consuming and mind numbing. Clearly this was never tested with real people who actually read the paper. Badly done, John Henry!
By Bellidan

Will not work offline.

I travel a lot and the STUPID App will not let me read an already downloaded e-paper unless I have an internet connection. This is the only e-paper or e-magazine app that has this totally STUPID “feature”. The developers need to wake up and understand that many who travel and subscribe will want to read the paper offline when flying. Totally unacceptable. If you have this problem complain to customer support.
By MHF NE

This app is an embarrassment, easily the most difficult to use and buggiest of the dozens of major paper eEditions I have tried. It is difficult to believe that the Globe owner or publisher has ever tried it.
By Henry VII12345

Doesn’t work at all

Used to work great. Now after latest upgrade it doesn’t work all. It just hangs after starting and never displays today’s front page. This is very annoying. Obviously this version was not tested very well before it was released.
By jfcarpenter

The Globe had finally gotten things right with their previous iteration of the app but the latest release is another step back. On the positive side, it has been available on time and I have had no problems downloading. But I have to close the app and reopen for the new issue to appear. Worst thing is the navigation. I get one chance to jump to a section using the bottom scroll bar - if I try and jump again, the app crashes. Even worse, when I restart the app I am in the same place as when it crashed, and I still can’t jump to another section without crashing, so I have to swipe through page-by-page. Please get this fixed!
By GRS in 508

Worst thing I ever did

This app is terrible. I made the mistake of upgrading and this version would not stay on the page, kept disappearing. Use it at your own risk. I’m going back to an earlier version.
By Theonun

Even a GPS cannot guide you through this e-paper. There’s no guide to reference so you’re often back to downloading the edition if you hit the wrong icon. And try to find yesterday’s edition: good luck! I’d gladly use the previous version, such as it was.
By Cyby9

About half the time I can not receive the latest e-edition. Actually, that is not a surprise. I subscribe to the Washington Post, New York Times, London Times, Financial Times, and Tampa Bay newspapers. None of these have been a problem. The Globe has been a disaster for years.
By Dgrahamk