Forbes - “10 Of The Best Keyboard Apps For iOS” Wired - “By far one of the most popular third-party keyboard apps” CNBC - “EmojiXpress is the company behind one of the most downloaded emoji keyboards” ** 100% OFF - iOS 13.2 SALE ** UNLOCK ALL NEW Emojis, Rewards & Stickers (ツ) - With 200+ NEW & EXCLUSIVE in-text Emojis (ツ) - Integrated in your Keyboard (ツ) - Works with ALL your Apps (ツ) - Includes All New & Current iOS Emojis (ツ) - Request NEW & REAL Emojis (not Stickers) (ツ) - ALL NEW iMessage Emoji Stickers (ツ) - 20 Colorful Keyboard Themes (ツ) - Fun Emoji Puzzle Games (ツ) - Simple & Instant Keyboard Setup (ツ) - iPhone and iPad Support GET the BEST Emoji+ Keyboard EVER, now with NEW & EXCLUSIVE inTextMoji™ How to Install Messages App: - Open any iMessage - Tap “App Store button” (right of camera button) - Scroll all the way to the right and tap “More” button (3 dots) - Tap “Edit” (top right corner) - Scroll down and switch on “Emoji+” How to Install Keyboard - Open the app - Tap “Install” button - Tap “Enable Keyboard” (will redirect to Settings) - Tap Keyboards - Switch on "Emoji+" - Switch on Allow Full access - Tap Allow © Copyright 2020 Emoji+, LLC. All Rights Reserved. Subscription Policy - You can subscribe for unlimited access to all Emoji> and Emoji Keyboard inTextMoji™ content. - The subscription price is USD 9.99 per month after 3 days free trial. - You'll get unlimited access to all content for the duration of your subscription. - Payment will be charged to iTunes Account at confirmation of purchase. - Subscription automatically renews unless auto-renew is turned off at least one day before the end of the current period. - Account will be charged for renewal within 24-hours prior to the end of the current period at the cost of the renewal. - Subscriptions may be managed by the user and auto-renewal may be turned off by going to the user's Account Settings after purchase. - Any unused portion of a free trial period, will be forfeited when the user purchases a subscription to that content. Privacy Policy: https://emojixpress.com/privacy/ Terms of Service: https://emojixpress.com/terms/ 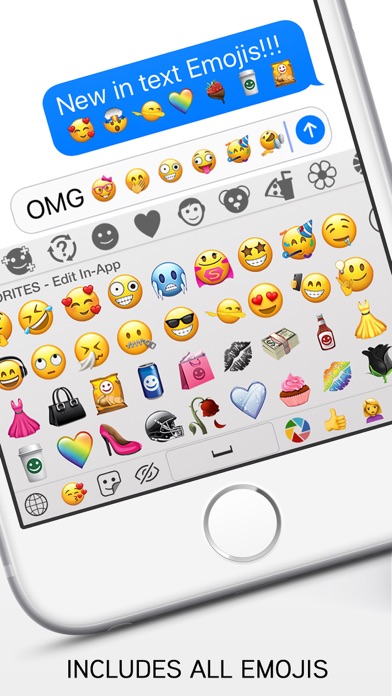 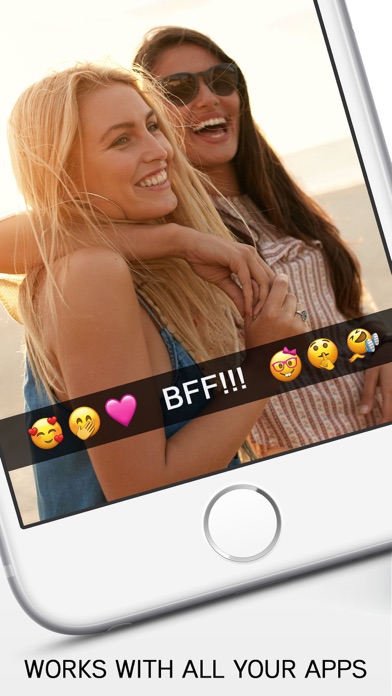 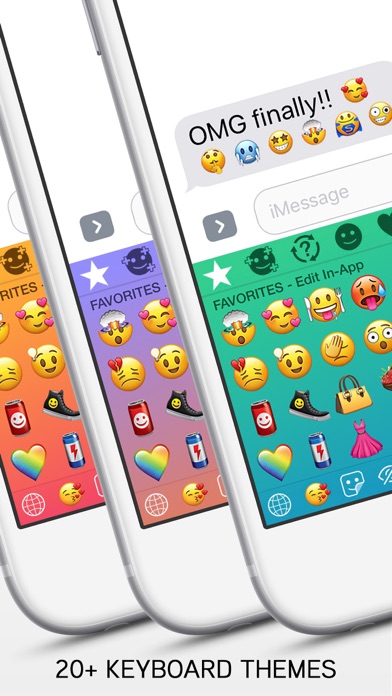 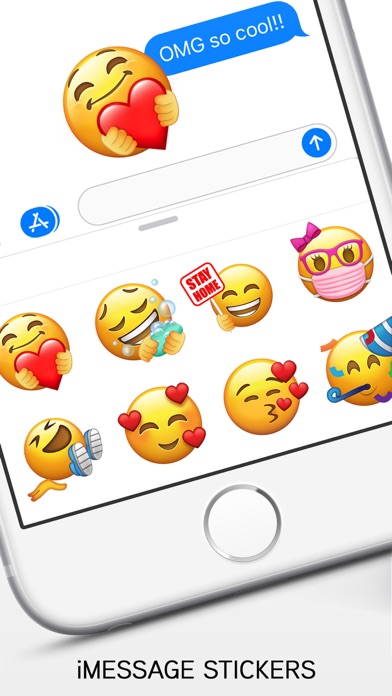 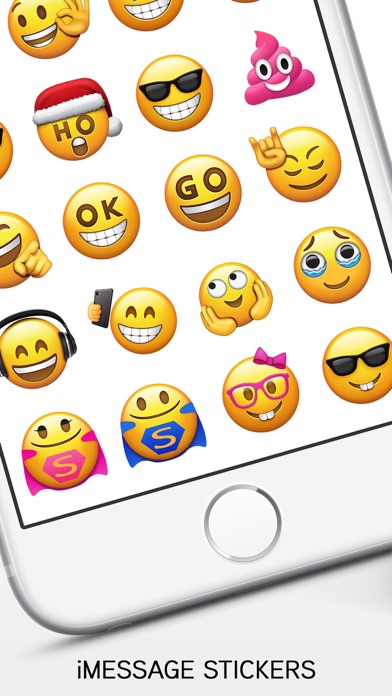 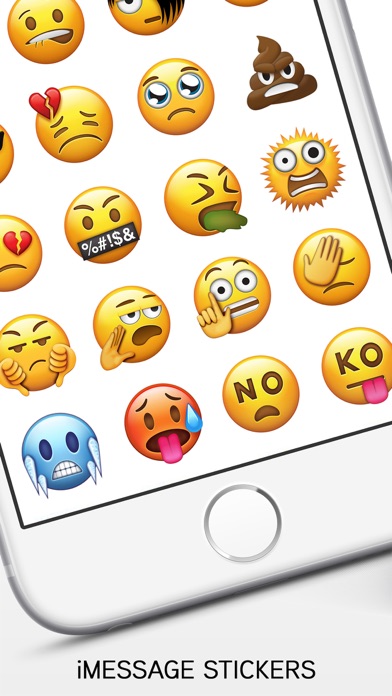 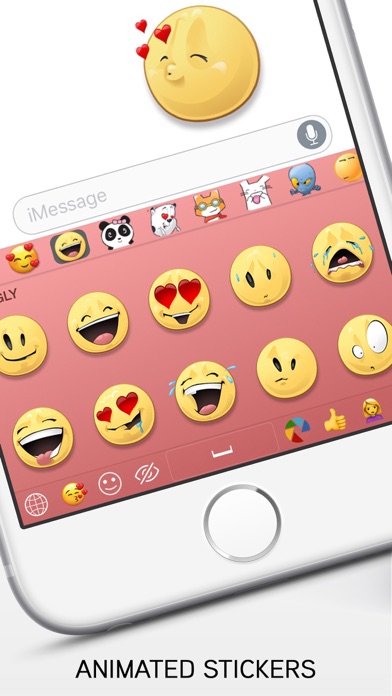 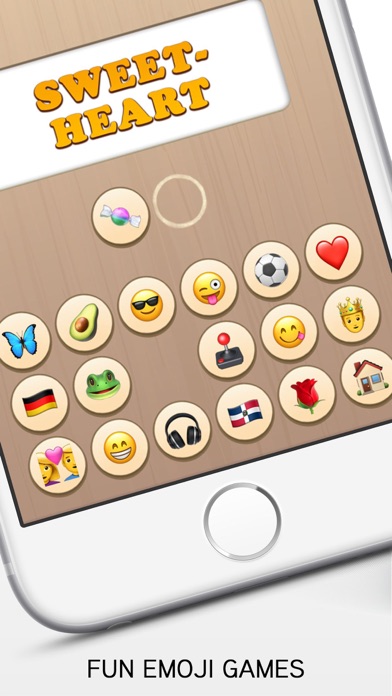 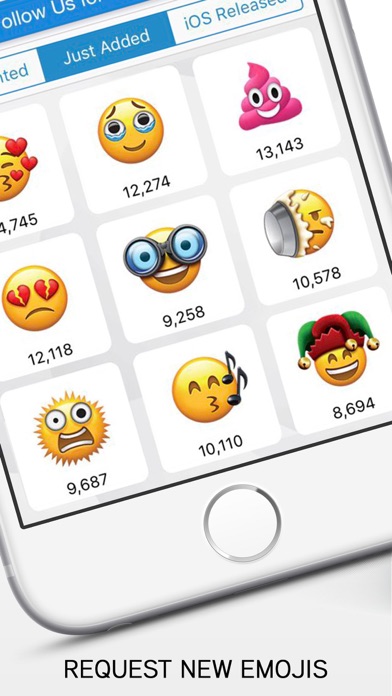 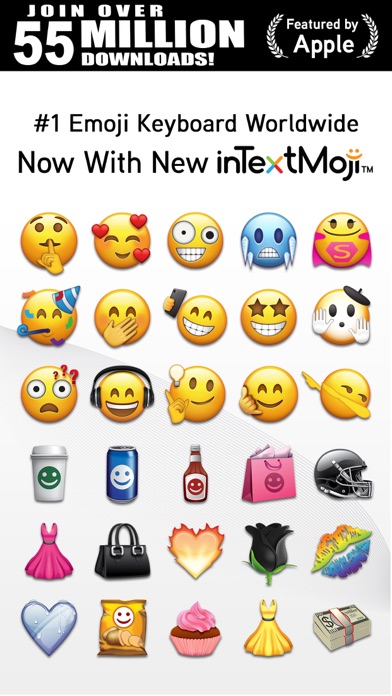 Honestly I thought I could make my own emojis. Boy was I wrong. Sorry editor but this game is kinda boring. 😕
By Izuku Mïdorya

Was a free app

I was of the impression that this was a free app then I got charged $9.99. How do I cancel? Not happy to get charged for a free app.
By sdm9876

Works fine every other app and full access is allowed but doesn’t come up at all on Facebook anymore.
By ElleMonie

App randomly stopped working only on snap. But works on everything else.
By AZ Quick87

Greatest app ever
By frttbddvfbd

I’m just trying to put my emojis back on my phone but this is too much! Install 2? Play? I’m scared to touch anything on what I just downloaded!
By 4Liza

So I just got the app and when I tried to use it, it didn’t show up,I tried for like 10 mins and it didn’t work, I deleted the app 😡
By ummmm mmmmmmmm idk

I like how fun the emojis are, but the app asks for money. You need to pay to get exclusive other emojis. And yes, even though it is okay with the basic, I would rather not pay for some emojis. I like the game that is also included, but I would rather have another game option or something. Or maybe it is just me but sometimes the game freezes and it is kind of hard and slow then.
By ad reporter10.0