Remove the frustration of multiple stop driving directions with Route. Route takes the complexity out of delivering goods, running errands, route planning, and much more. If you think Route could work for you, also look our other routing app: Droppath! Search from businesses, add addresses from contacts, and add your current location as a destination. Sharing routes is easy via print or email. You can even perform turn-by-turn navigation using your favorite map apps. The free app lets you try all the features of Route PRO for 10 routes with 10 destinations each. Route PRO is a monthly or yearly subscription, which lets you handle up to 200 destinations per route. Route PRO is an app subscription that will automatically renew and charge your iTunes Account at the end of the trial, and each month after that. You can cancel the Route PRO subscription at any time by going to your iTunes Account Settings at least 24 hours before the end of the current period. Features of Route PRO ● Calculate shortest route between a series of addresses. ● Supports up to 200 destinations in a single route. ● Unlimited number of routes. ● Displays the driving directions between each stop. ● Displays the calculated route on the map. ● Ability to keep destinations in desired order. ● View previously created routes and save with custom names. ● Email the directions from a calculated route. ● Print the directions from a calculated route. ● Paste or type up to 200 addresses to be all added at once. ● Add previous destinations to route. ● Drop pins on the map for new destinations. ● Launch the built-in Maps app, Google Maps or Waze for turn-by-turn navigation. USER REVIEWS “I work for FedEx and use this app everyday. I love the ability to change the color of pins and the price is a one time low cost. Best routing app by a land slide! Thanks guys keep up the good work!” - Cyle12345 “I am an LTL driver and use this app to rout my pick ups in unfamiliar areas.So far it has worked great for me. very simple to use and calculates very fast!. I cant wait to see what else the developer comes up with. If you need a routing app This is the one! buy it!” - LTL guy If you experience an issue with Route please contact customer support. SUBSCRIPTION AUTO-RENEWAL INFO - Payment will be charged to iTunes Account at confirmation of purchase - Subscription automatically renews unless auto-renew is turned off at least 24-hours before the end of the current period - Account will be charged for renewal within 24-hours prior to the end of the current period, and identify the cost of the renewal - Subscriptions may be managed by the user and auto-renewal may be turned off by going to the user's Account Settings after purchase - Any unused portion of a free trial period, if offered, will be forfeited when the user purchases a subscription to that publication, where applicable TERMS OF USE: https://getroute.co/terms PRIVACY POLICY: https://getroute.co/privacy 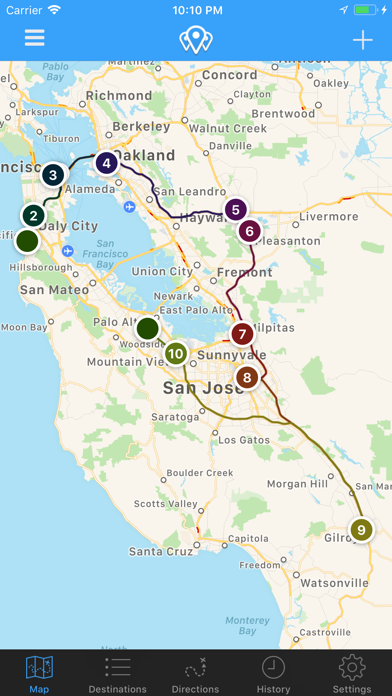 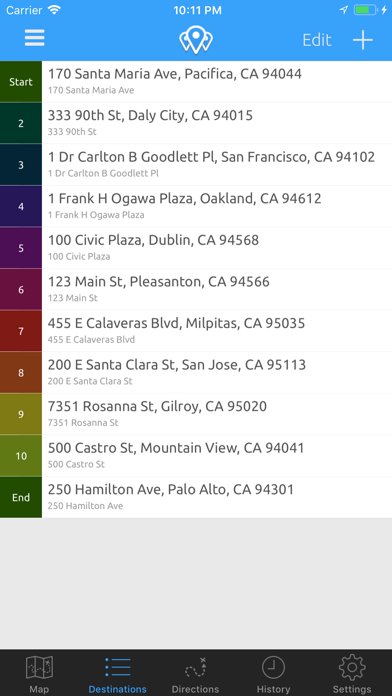 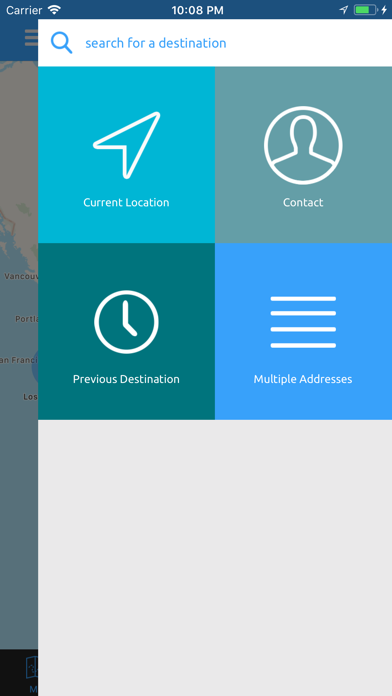 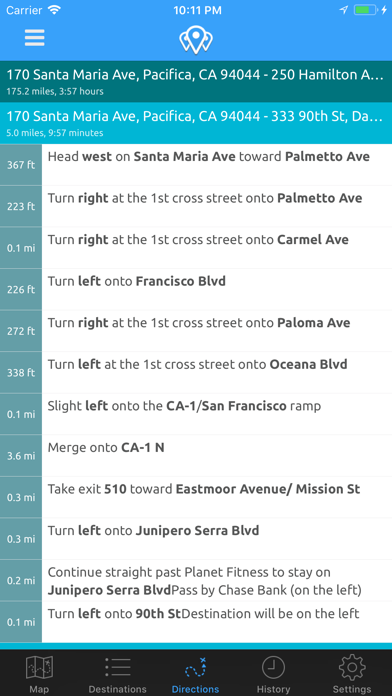 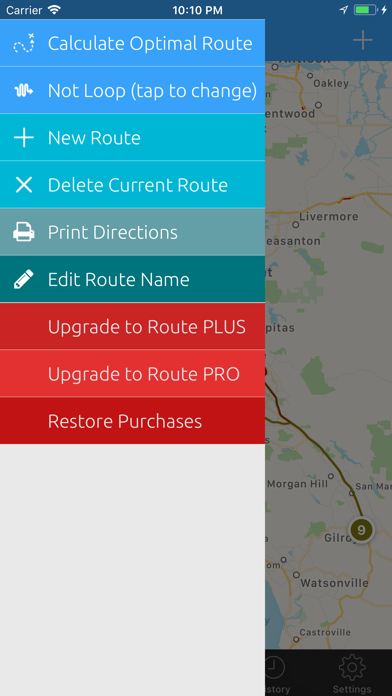 You a pro driver?

Then get the all the pros use... Or if you wanna be showing back up at the same time as everyone else.... use the competition... If you wanna be leaving when they are pulling in... use this app
By xXxRaDIaTiONxXx

Very disappointed customer of this product

When I first discovered this app in the App Store, I downloaded it and loved it. The app works great and met all my needs. I then chose to take it advantage of their lifetime subscription and paid for it, after I used the app for a while I got an email saying that they were discontinuing the lifetime subscription and they would grant me an additional six months but after that I would have to start paying either monthly or yearly, given no choice I continue to use the app for six more months, today I open the app to use it and it will not let me use it so I had to pay for another monthly subscription even though I originally a purchased a lifetime subscription. I sent an email letting them know of my disappointment during this COVID-19 epidemic in the fact that I was struggling for work in the first place. My email was polite and professional but stated my concerns, I receive an email back that started out being professional and then it ended with the following statement which I find extremely rude and signifies to me that this company doesn’t care what their customers think or feel,all they care about is their money because they made it very clear that no matter what type of review I post they have a mechanism to have it removed? I found this company deceitful and dishonest and I would recommend spending your money on any other route software, this company will not support you even though you pay for the product. Below see their statement to me in my email. “ Before you go and waste your time posting reviews on the App Store, know that there’s a mechanism to get off topic reviews removed. Pierre-Luc “ All I can say is WOW! Sad way to do business. John
By John E. Walls

This app is sublime. Perfect for what you’re looking for.
By Jaykob10

Best routing app I've seen. Although I wish I could color code a stop on the destinations page instead of just the map page. Is there a way to do that? It would make it so much easier to use. Thanks for this valuable tool!
By FedexHerm

Difficult to understand and they want to charge you a monthly fee? Rubbish.
By spburnie

I have been using this app for over a year and it just gets better!!
By F3lito

My first experience using this app was great was done ahead of my shift and other employees with it recalculating my routes with those closer to me and then those further out. I had to give three stars today because it jeopardized my job sending me way out when I had packages not even miles away first. Instead of it sending me close first it sent me 11 miles out first. Hopefully this is fixed fast.
By Tatiana mama

I used the free version for a while then when it became necessary to need the pro version I purchased it. So far this is a fabulous app, if anyone delivers anything, especially like me, political yard signs with new routes daily and large numbers of stops this app is a must. I highly recommend it!
By watcheral1

This USED to be the best app out there... until the recent update!

I have used this app for 4 years and I used to love it!! I’ve suggested this app to many of my coworkers who have bought and used this. I deliver in a country rural area and this app had streets listed that google didn’t even have. After this recent update, it has started plotting me incorrectly. There are also tons of streets that are MISSING completely that used to be on the old version. I’ve been in the same area forever and these roads that aren’t showing up used to be on the map... I don’t understand? This is very frustrating!!!! Is there any way to go back to the old version ??????????
By Pnw253

Good but limited to 5 routes daily

This app was initially good in almost every way. I tried the free version and liked it. But every time I calculated a route, I got a message saying * optimizations left for today (* = between 1-4). So you are allowed to calculate a route a total of 5 times daily. So I purchased a subscription believing this limitation would be removed. Not so! Even with paid version you are allowed to calculate a route only five times daily. When I’m scheduling my home health patient schedule, it could change more times than that before it is finalized with people cancelling or asking to be moved. Also, I calculated my route, forgot to ask it to loop me back home so when I clicked to loop, that counted as an optimization. Then, I needed to add a stop, another optimization, BUT, it then defaulted back to unlooped. So when I clicked loop again, you guessed it, another optimization. That alone used up my ability to use this app for that day. Wouldn’t even allow me to manually route my addresses. Not a functional app at all when it works like this.
By Wootieli