Remove the frustration of multiple stop driving directions with Route. Route takes the complexity out of delivering goods, running errands, route planning, and much more. Search from businesses, add addresses from contacts, and add your current location as a destination. Sharing routes is easy via print or email. You can even perform turn-by-turn navigation using your favorite map apps. Route PRO is a monthly or yearly subscription, which lets you handle up to 200 destinations per route. Route PRO is an app subscription that will automatically renew and charge your iTunes Account at the end of the trial, and each month after that. You can cancel the Route PRO subscription at any time by going to your iTunes Account Settings at least 24 hours before the end of the current period. Try Route PRO for 7 days, entirely free! Features of Route PRO ● Calculate shortest route between a series of addresses. ● Supports up to 200 destinations in a single route. ● Unlimited number of routes. ● Displays the driving directions between each stop. ● Displays the calculated route on the map. ● Ability to keep destinations in desired order. ● View previously created routes and save with custom names. ● Email the directions from a calculated route. ● Print the directions from a calculated route. ● Paste or type up to 200 addresses to be all added at once. ● Add previous destinations to route. ● Drop pins on the map for new destinations. ● Launch the built-in Maps app, Google Maps or Waze for turn-by-turn navigation. USER REVIEWS “I work for FedEx and use this app everyday. I love the ability to change the color of pins and the price is a one time low cost. Best routing app by a land slide! Thanks guys keep up the good work!” - Cyle12345 “I am an LTL driver and use this app to rout my pick ups in unfamiliar areas.So far it has worked great for me. very simple to use and calculates very fast!. I cant wait to see what else the developer comes up with. If you need a routing app This is the one! buy it!” - LTL guy If you experience an issue with Route please contact customer support. SUBSCRIPTION AUTO-RENEWAL INFO - Payment will be charged to iTunes Account at confirmation of purchase - Subscription automatically renews unless auto-renew is turned off at least 24-hours before the end of the current period - Account will be charged for renewal within 24-hours prior to the end of the current period, and identify the cost of the renewal - Subscriptions may be managed by the user and auto-renewal may be turned off by going to the user's Account Settings after purchase - Any unused portion of a free trial period, if offered, will be forfeited when the user purchases a subscription to that publication, where applicable TERMS OF USE: https://getroute.co/terms PRIVACY POLICY: https://getroute.co/privacy 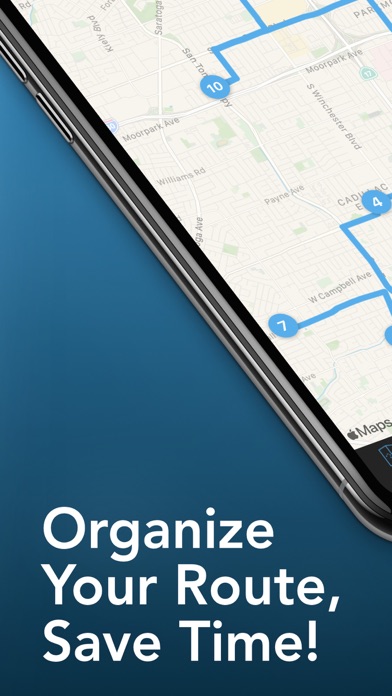 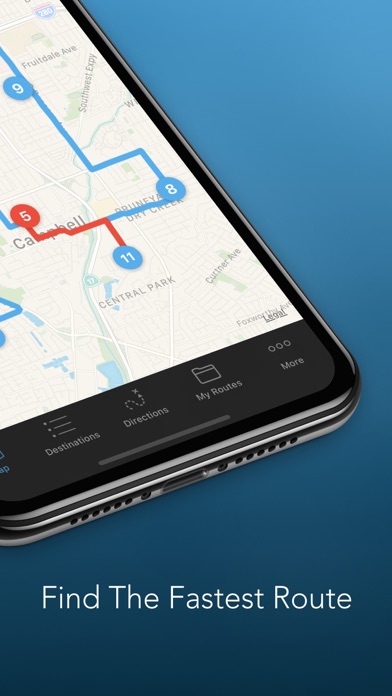 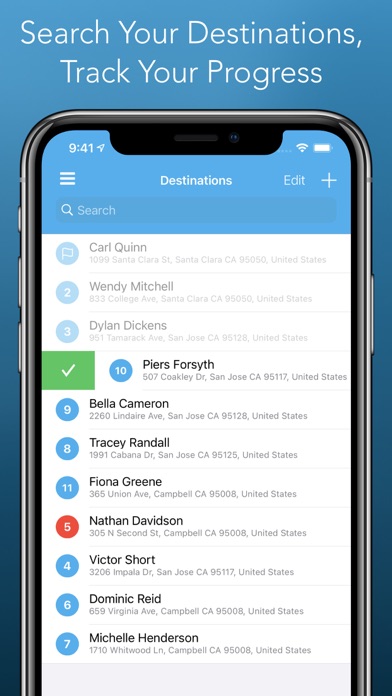 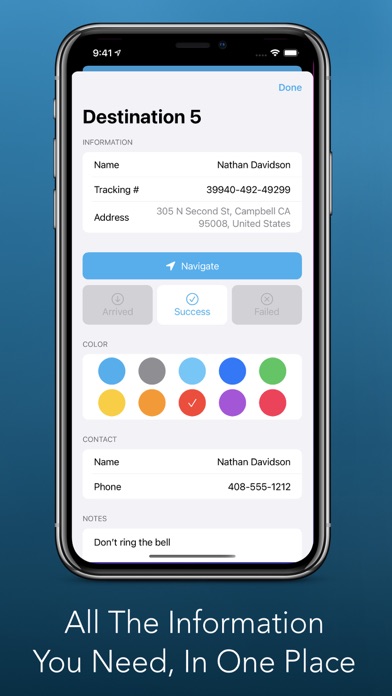 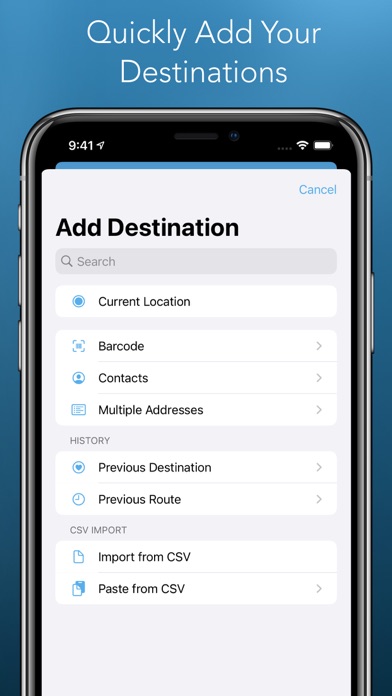 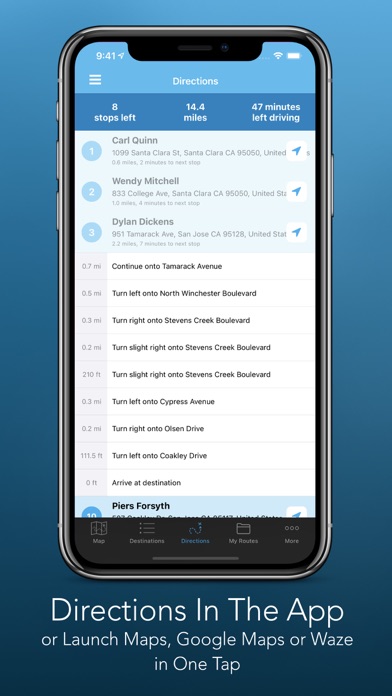 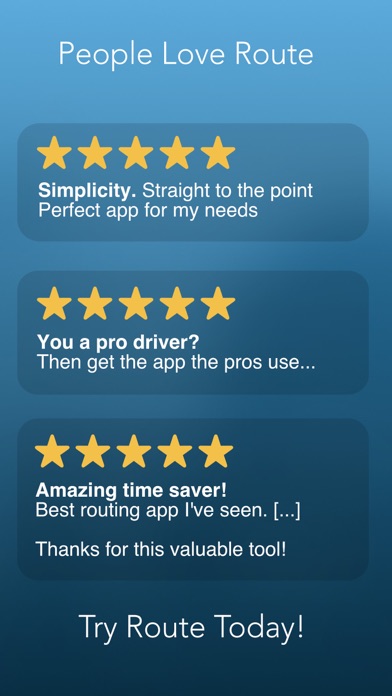 I used it to deliver some gifts to customers and it was super helpful. It was easy to load and follow. HOWEVER, I needed only the moth subscription and have been unable to get that fixed. They want to charge me for A year for 1 days use!
By Hoosier Boomer

Can anyone provide a tutorial or beginners video?

Downloaded and wasted several hours trying to figure out how to use the app. Please let us know where to find tutorials.
By ForeverTexan2

New review: I am done. Everyday this app separates the last address out from a group of addresses so that i have to return to a gated community that is now out of the way. Everyday i submit feedback to the developers and they seem to not care. I am DONE and cannot stress what hot garbage and a time waster this app is. Old review: it is soooo much better at organizing destinations that i felt i HAD to update my review. It will still have you blow past a stop right next to another, but it has improved so much and i find it a valuable tool as a usps letter carrier. Old review: It helps organize the parcels destinations, but not much. If you know the area, you can do better with a pen and paper and a few minutes.
By mountaintaylor

I signed up for the full version on October 6th. The charge would be $6.49 and it would not be billed until October 9. I needed it the next day. It said I had to wait three days for the full version. This meant that for the free trial you could only put in a limited number of routes per day, I had 149 routes! So I ended up canceling the same day. Woke up a few days later to find that my $10 in iTunes was gone. UPDATE: The missing money has been returned. Also, It would be nice if you could offer to waive the free trial once you purchase the full version.
By 6"?46!:@!,

The app is great, the customer support better. I love it. I’d love even more if they aloud us to do more then 200 destinations on it.
By Nandonati

Have no idea if this is usable or not, can’t even try it without paying. Appears each address has to be manually entered in the phone...
By dwilsonsf

They make the app free but once you open it you can’t do anything without a subscription. Waste of time. Use Route4Me for a free version.
By fukthisshit7

Bought app and was told the purchase would ensure me full support. Now customer service is saying they switch to monthly premium. This is false advertisement that’s is not what I paid for! Restore full support to existing users. People who already paid for your subscription should not be forced to pay again! Their website still mentions that this app is “one time low cost”!!
By ZACHE011