Built for you, the driver. Whether you are behind the wheel of a car, a professional truck driver with profits tied to your time on the road or an RVer exploring the country - CoPilot has got you covered. Trusted by millions of drivers globally and many of the world’s leading delivery fleets, CoPilot GPS is designed to meet the needs of all driver and vehicle types to help you safely navigate the roads. Let us help make it productive and enjoyable. Includes 14 days FREE voice-guided offline navigation, route planning and traffic. Try the app without any commitment and if you like it, you can subscribe at anytime. TRUCK NAVIGATION & TRAFFIC*** • Keep out of trouble by avoiding low bridges and truck-restricted roads with PC*MILER routing • Driver-friendly non-distracting guidance in cab, so you can concentrate on the road • Plan trips that are optimized for your vehicle and load • Save money avoiding fines, out-of-route mileage and reduce fuel usage • Deliver on time and get precise ETAs with real-time traffic CAR NAVIGATION & TRAFFIC • Find your best way with a choice of up to 3 routes • Drive confidently without a mobile signal with automotive-grade offline maps • Discover what’s around you with millions of pre-loaded Places • Avoid delays with real-time traffic and automatic rerouting around congestion* • Explore any place, anywhere, in any way with maps of the world** RV NAVIGATION & TRAFFIC*** • Routes and directions designed for RVs based on your vehicle size • Never get stranded again with reliable offline maps • Search millions of preloaded Places including campgrounds and rest areas • Know your turn ahead of time with lane indicator arrows & exit sign information For detailed map coverage, check out copilotgps.com/map-coverage STAY CONNECTED facebook.com/copilotgps | Twitter: @copilotgps NOTES *Requires a mobile internet connection **Requires additional map upgrade ***Not available in all regions To find out more about the maximum dimensions for your RV navigation, visit our support center support.copilotgps.com (height 14ft, width 102in, total length 45ft, weight 26,000lbs). Continued use of GPS running in the background can dramatically decrease battery life For full details of our terms of use please visit https://copilotgps.com/eula/ 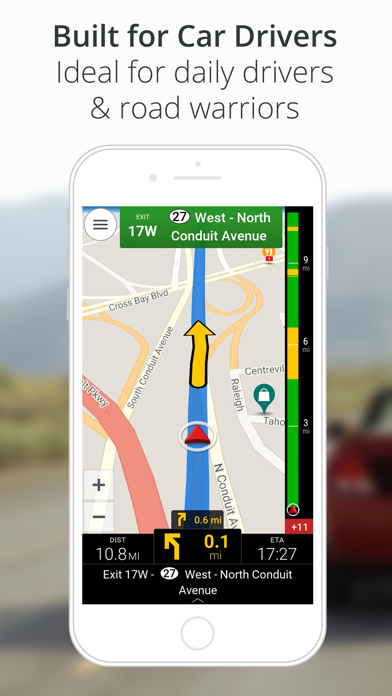 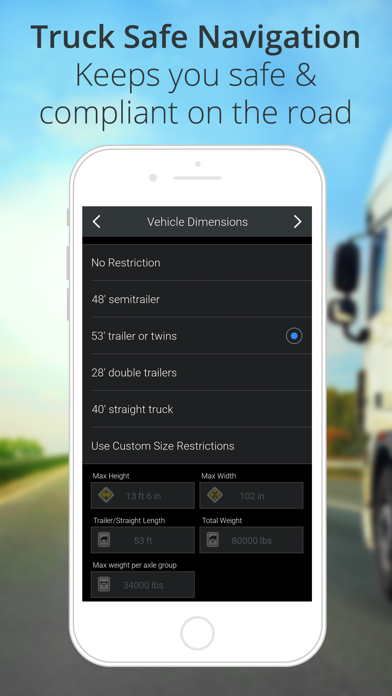 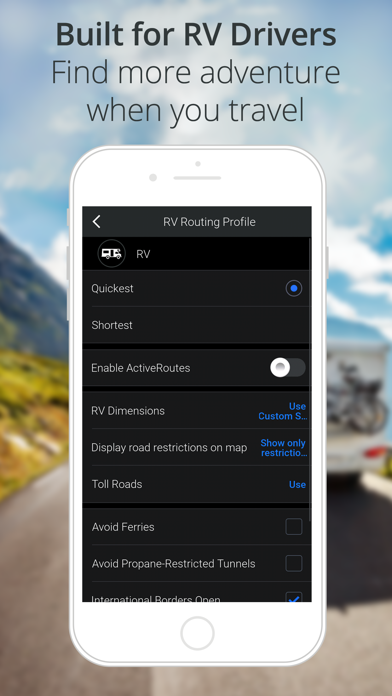 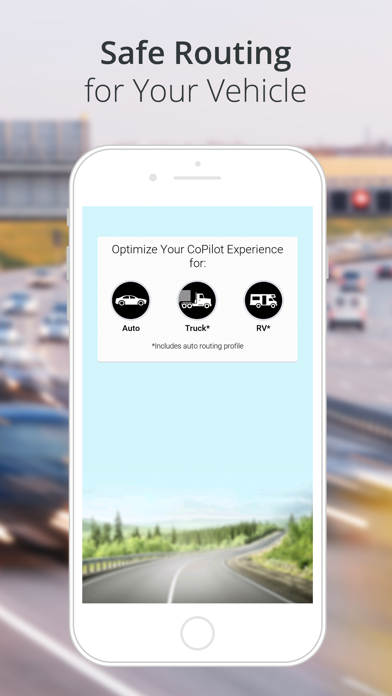 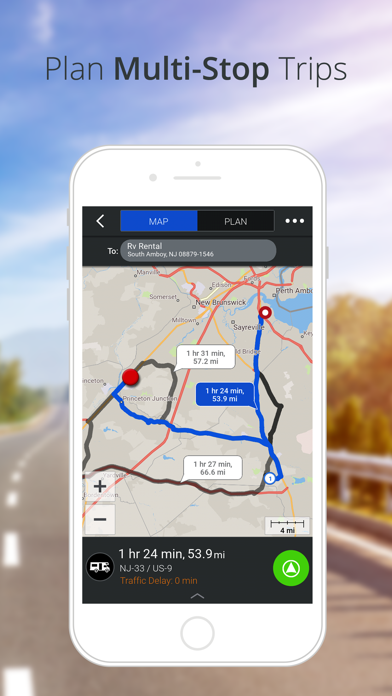 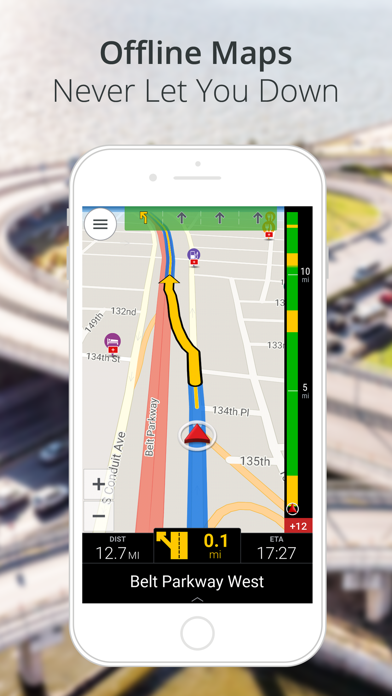 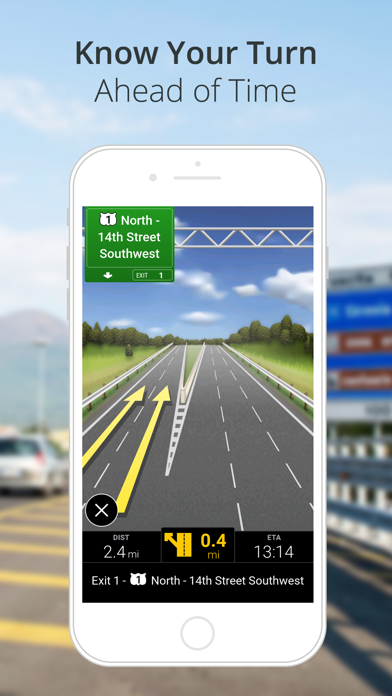 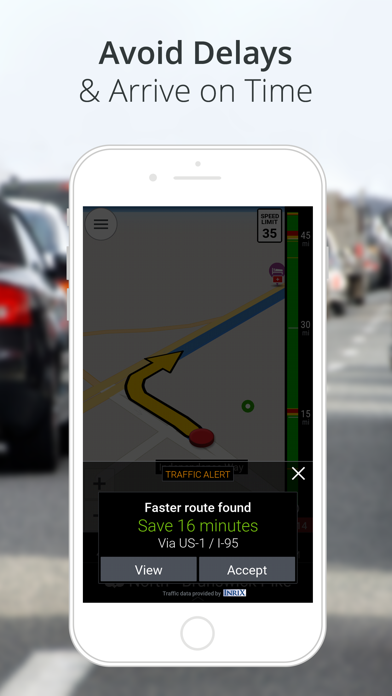 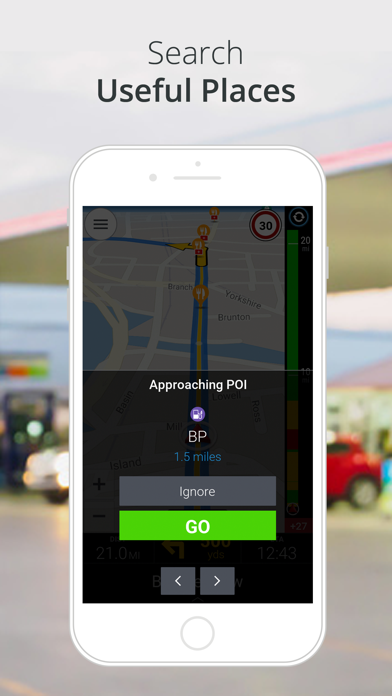 My complain is that CO Pilot does not follow the route provided by the mile on app…. I have the mile on app setting for shortest route…. Once it transfers to Navigate to CoPilot it restructures the whole trip to a more practical route but with more miles…
By ZelmarHernandz

No way to report an error

I routed to the Saint Mary Montana KOA using their street address and it took me to a meadow on US 89 about 8 miles away. I had to use Apple maps to get ti the KOA. I'm sure the KOA store has truck deliveries at least once a week.
By Poorshmoe

Shocked by how awful this app is- constant glitches and it did not include truck stops when I searched gas stations…not good for RV, as me to “turn around safely somewhere”…fortunately I figured it out with a 50ft load…will never use again
By maxisme123

I bought this app and now they want me to buy it again.

I bought this app and now they want me to buy it again. Do not buy. Rip off. Thanks.
By procise

Nice app to have around

Inexpensive gps app that’s nice to have. I’ve encounter situation where cellular reception didn’t work and had to rely on copilot to find where I’m going. Or when you don’t have unlimited cellular data and had to do long distance driving, so it’s nice to have an app with the maps downloaded locally. Recently took a trip to LA to visit friend, who lives in a newly built community within 1 year. Unfortunate the copilot map does not have the updates so could set an destination address.
By ChangGang

Can you add a search bar like the one available in the Androids version? It would be much easier and faster to enter addresses and GEO Codes if they could just be paste in.
By wtfcjurgbitdbb

I bought this app to replace the Garmin RV GPS that I have on top of the dashboard. I want to use it when towing the travel trailer. After I bought it I discovered that it is not compatible with Apple CarPlay. So far I have no been able to get it connected to the Ford Sync 4 system in my truck. If it has to be used as a standalone on my phone then it’s worthless to me. I’ll just keep using the Garmin. I submitted a help ticket but no response so far. ~$30 wasted.
By HarveyB 3rd

I’ve been using this GPS app for awhile until the system failed. Had a subscription for a year. Somehow I was asked to purchase again in order to use. I canceled the subscription right away. Now I got back at it again, spend 15 minutes trying to create a new account, but non o of my three emails and different types of passwords worked. Kept saying “failed failed failed…”. I guess there are bunch of errors now that it wasn’t before. Otherwise this is not bad GPS for a truck. I was pretty happy using it.
By tais maikon