Compete on your schedule with the official companion app for EA SPORTS SSX. By using this app, you will be constantly connected to the online world of SSX. What you can do with the App: •Track the real-time, in-game scores and times of your friends and rivals •Send messages to your friends from the app, and have it show up on their console •Keep track of your standings in Global Events when you’re nowhere near your console About SSX: A modern day reinvention of one of the most critically acclaimed arcade franchises of all-time, EA SPORTS™ SSX will allow players to experience the franchise’s signature fun and adrenaline-packed gameplay across iconic mountain ranges all over the world. Using NASA topographical satellite data, we’ve mapped out a Massive World for players to explore. Throughout nine expansive mountain ranges, SSX packs reality-defying gameplay into every run letting players Race, Trick, and Survive down huge open mountains. In addition, Explore, Global Events and RiderNet - SSX’s recommendation engine - headline an online feature set that will revolutionize social competition for gamers, making it fun and easy to compete with friends on your schedule. One of the most critically-acclaimed titles coming out of E3, SSX is now featured on 14 ‘Most Anticipated Games of 2012’. SSX launches on the PlayStation®3 computer entertainment system and Xbox 360® video game system on February 28 in North America and by March 2 in the rest of the world. SSX FOR THE XBOX 360 OR PLAYSTATION 3 AND A REGISTERED ORIGIN ACCOUNT (EA) REQUIRED. YOU MUST BE 13+ TO REGISTER. EA ONLINE PRIVACY POLICY AND TERMS OF SERVICE CAN BE FOUND AT WWW.EA.COM. EA MAY RETIRE ONLINE FEATURES AFTER 30 DAYS NOTICE POSTED ON WWW.EA.COM/2/SERVICE-UPDATES. NETWORK FEES MAY APPLY. 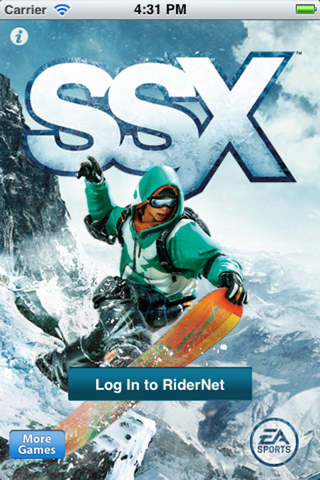 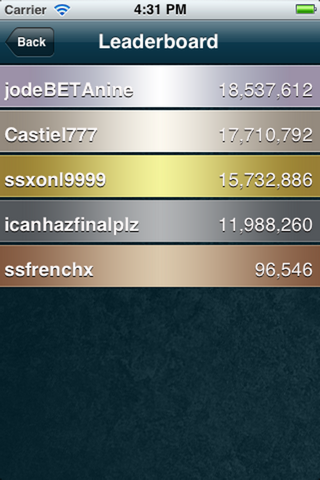 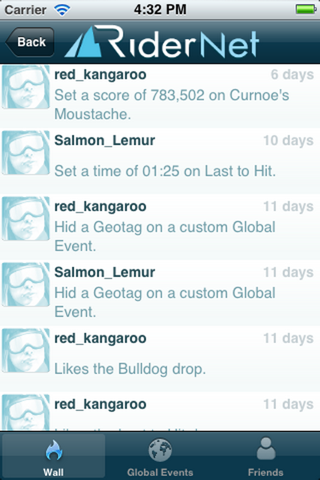 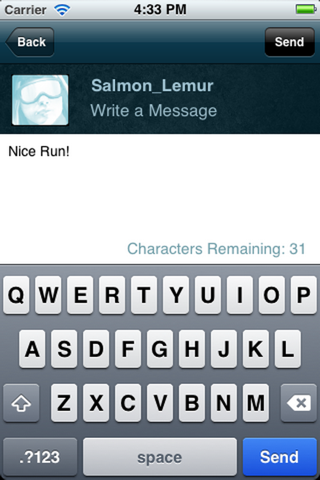 Idk it just is bad to me.It needs work a lot of work.I always die when i go down the hill idk just check it out and plz tell me how u guys feel about it.I like the idea very much
By April Price

Its a shame that the world of SSX has been forgotten in this modern age. It used to be one of the best all time games ever created but this modern generation was over looked buy gamers. The game was never given the chance to grow and thrive like it should have. This app i feel was released with the thought that they would fix the bugs and make it better to keeps players more involved, but since the game has been forgotten about i feel the producers never bothered to fix the app. SSX has a great idea with the way they set up RIDERnet they just need to bring it full circle, and promote what their doing, then maybe people will notice the game like they did in the early 2000's.
By kaltxi skxawng

My game got stolen and now I tried to download it but won't let me create a new account.
By Liyah$&

Brings a tear to my eye

I was so exited when I downloaded this game. My cousins and I always used to play it on our game cube until my neighbors lost it!!!! Now I need some rider thing that I have no idea what it even is. I guess we cannot play our favorite game😭😭😱😱😱😡😡😡
By Fjshirdg

I love the game and the app could be a whole lot better if it did what everyone expects it to do for example show our scores. For me it just keep saying I didn't place which I know very well thats not true
By Kelechi66

The "real time tracking of global events" does not work. This is another example of EA putting out crapware.
By Deadboxmike

I've acquired diamond rank/first place in a few global events and my score doesn't even load. I know my name should be shown too because the events also finished with me being in first place. Look for me on xbox: MEGA theguy
By MEGA theguy

This app has so much potential, but my scores and global events either don't load, or are totally inaccurate. Clearly there are some bugs that need to be fixed!
By W1ck