CONNECT WITH FRIENDS. PLAY WITH WORDS. Get a game of SCRABBLE going with just about anyone – or play solo against the computer! Plus, now you can play SCRABBLE in English, French, Italian, German, Spanish, or Brazilian Portuguese. WHO WILL YOU PLAY? • Challenge friends via Facebook and more • Find an instant opponent with a single touch • Play solo against the computer to improve your skills • Get numerous games going at once – more than any word game on the App Store SHOW OFF YOUR SKILLS Connect to Facebook and share your best scores. You can even talk a good game with enhanced chat and notification features. IMPROVE YOUR SCORES WITH THE TEACHER Become a SCRABBLE master with the exclusive “Teacher” feature - see what your best word could have been after every turn. LOSS FOR WORDS? Use the in-game word list, built-in official SCRABBLE dictionary, or the exclusive Best Word feature to see your highest scoring choices. THINK FAST Want to recreate the feeling of a real-time in-person game? Try the new Speed Play mode where you and your opponent agree to 2 or 5 minute turns. If words aren't played in time, nudge and forfeit options are unlocked. LOOK SHARP! View every detail on the board with HD-quality graphics made to maximize the Retina display. Ready for the first and last word in word games? Don’t accept imitations. Just say, “LET’S PLAY SCRABBLE! Requires acceptance of EA’s Privacy & Cookie Policy and User Agreement. 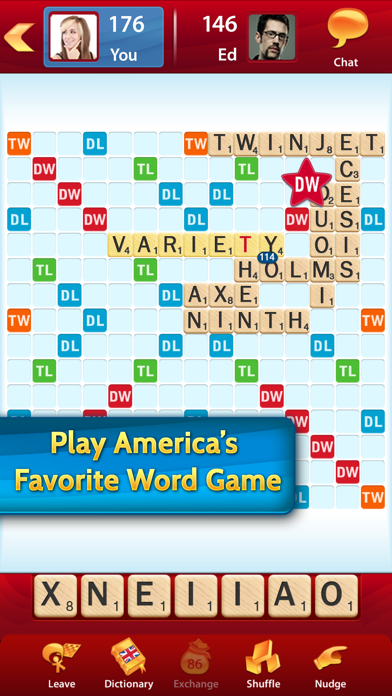 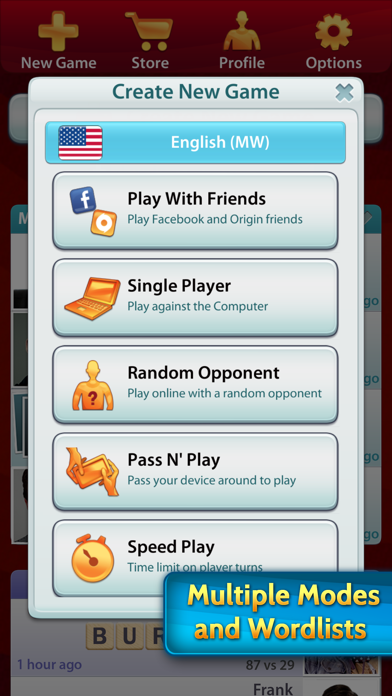 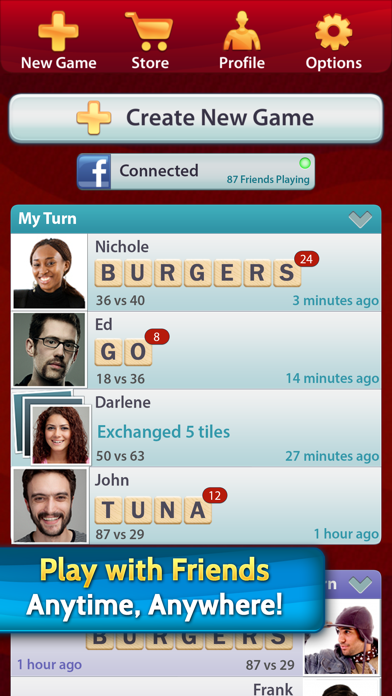 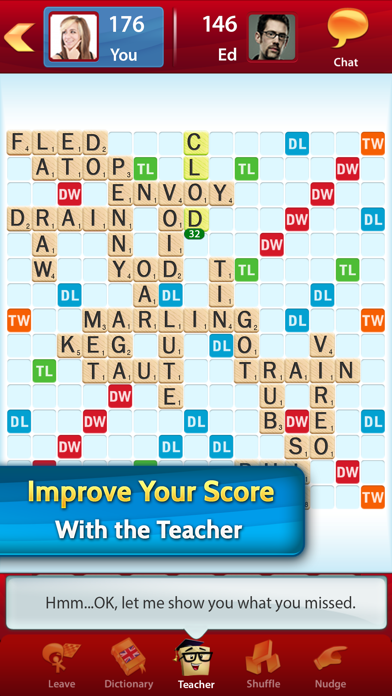 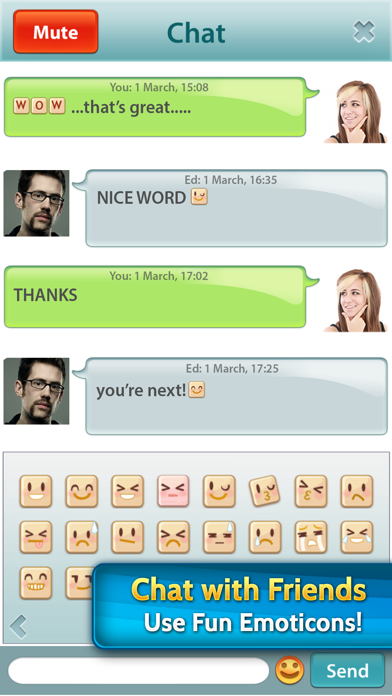 Needs to be fixed

FIX IT! This app was a lot of fun but its been horrible since the update. It does not load and when it does load you get one play and it crashes. Not once or twice, every game. Deletion and reinstall does not help. Just fix the bugs, it was great before. But useless now, don’t buy until its been fixed.
By srwalker2222

Does not give notifications anymore. I have to text my friend separately to play and they do the same. Quite inconvenient. Please fix.
By Prophet Blake

Oftentimes when ad runs, the screen goes blank. I have to get rid of game and click on scrabble icon to continue. You have made NO improvements on game bugs. Takes me twice as long to play because of these problems.
By Jhfdsxz

Dictionary will not update

Have tried deleting and reloading, closing out and reopening. Nothing works!!
By FunV3

Losing stats because often lately the game will not connect to FB. It also won’t load often. Usual delete app and reinstalling is now a routine. Love the game and wouldn’t mind paying the $7.99 for premium version but I see that even premium has same issues I’m dealing with. Too many games I’m losing cuz opponents will forfeit from me not being able to make my turns due to not connecting. Getting to be frustrating to play. Long time opponents I played with for years says laptop version hardly has any issue🤔
By DO NOT DOWNLOAD‼️

The teacher shows many words I have never seen before as best words. However, there is a bit of inconsistency. “Casa” was acceptable when used by the computer while “Asian” was not accepted when I attempted to play. I do not understand this.
By chemomommy

Way too many ads, screen after screen of ads. Want you to join thry fb if not game doesnt play right. Cant even play as too many popups
By Txladyiphone

Some of the words suggested by the computer are not in the dictionary.
By Asianique33

Will not load new dictionaries altho it tries, and about every two weeks I have to reinstall the app as it loses my connection to FB. This has been going on for weeks with no acknowledgement from you that you're working to fix the problem and no indication that you even care. Have you quit supporting this app?
By Forced to rate

Always need to be connected to play is awful.
By Sorahp