The Week Magazine US

The Week makes sense of the week's news by curating the best of the U.S. and international media into a succinct, lively digest. Created for busy people like you, The Week is packed with provocative, often surprising perspectives, providing you complete understanding and insight into the week's most vital stories. Intuitive and easy to navigate, this app has been designed to suit the way you'll read on your iPad or iPhone. But don't take our word for it: download the app today, and see why over half a million readers rely on The Week to understand all they need to know about everything that matters. Thank you for enjoying The Week on iPad and iPhone. FEATURES - Optimized for your device: Enjoy a seamless reading experience built for your device including iPhone X - New issues are available every Friday - Flexible formatting: Adjust night mode, text size and background color - Text to speech: Listen to all of The Week articles on the go - Bookmark better: Enjoy improved bookmarking functionality and organization - Sharing returns: Share the text of your favorite The Week articles with friends and family - Highlight text: Highlight content within articles to lookup words and paste and copy - Search smart: Utilize search functionality powered by IBM’s Watson - Upgraded user interface: Read with ease using our restored intuitive interface - Stay up-to-date with our free Daily Briefing, including 10 things you need to know today - Downloaded issues are available both online and offline - Small file size, downloads in minutes on the average broadband connection - Progressive downloading You will have the following options for reading The Week: SUBSCRIPTION OPTIONS Get The Week every week! Single issues and subscriptions are available. - 12-month subscription (51 issues) - $89.99* - Single issue - $4.99 *Note: Monthly subscription will be charged to your iTunes account upon confirmation of purchase and will automatically renew each month unless the auto-renew in your account settings is turned off 24 hours prior to the end of the current subscription period. You can manage your subscription preference in your account settings after purchase. For App Store subscription purchases, no cancellation of the current subscription is allowed during the active subscription period and any unused portion of a free trial period, if offered, will be forfeited when the user purchases a subscription to that publication. Feedback is always welcome. Please contact ipad@theweek.com with any issues or suggestions. For further information on privacy, please visit our Privacy Policy and Terms: http://theweek.com/privacy http://theweek.com/terms 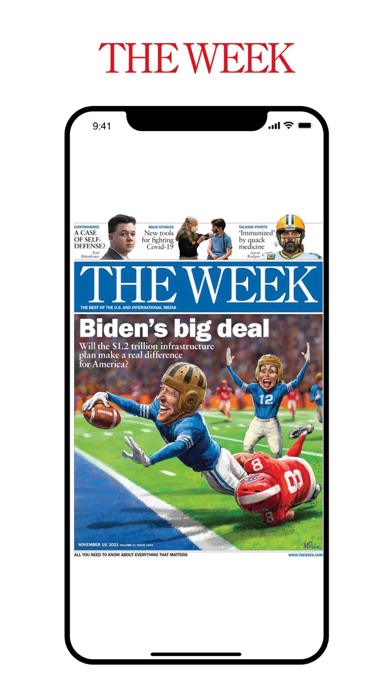 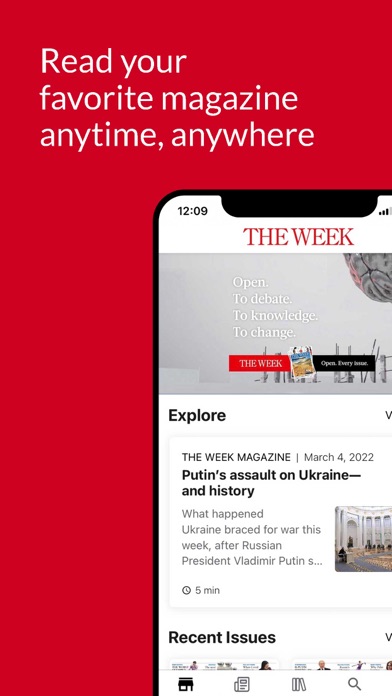 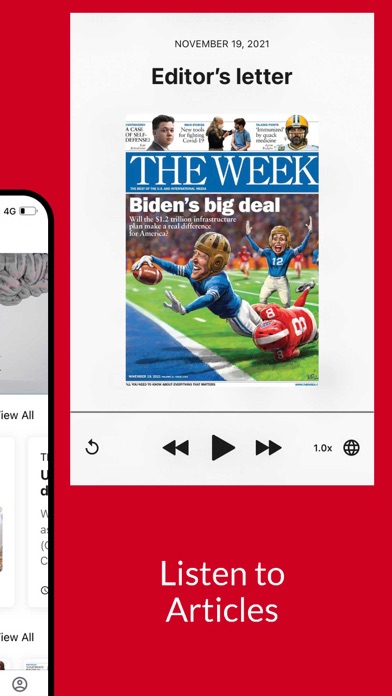 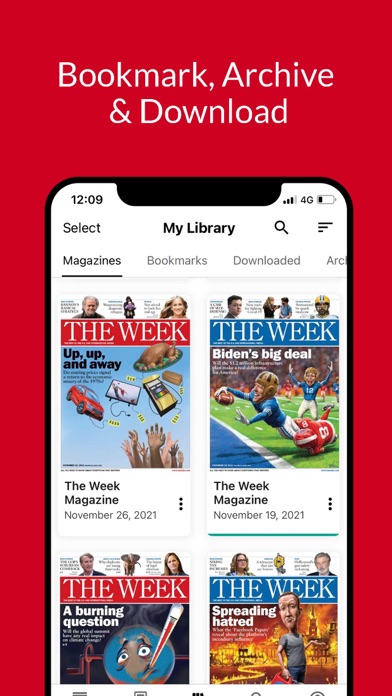 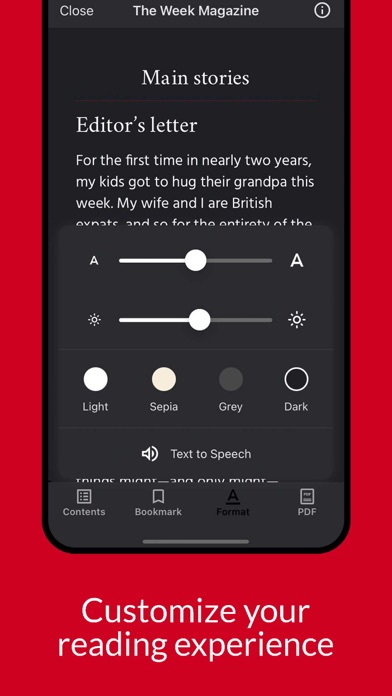 Don’t buy this until they fix the app. You won’t be able to read the magazine. It’s a shame. Good content, but app has been broken for months.
By Newtdogg

The ap dropped my subscription and the designated procedure to restore it doesn’t work. I have several other subscriptions through iTunes to magazines and newspapers, all of which work flawlessly. But my subscription to the Week is gone halfway through its paid term. I’ve had numerous other problems with his app, but this one is a deal killer. I will not renew. Too bad, because it’s a good magazine.
By Hatchetumi

This is a great magazine that everyone should know about

I have become such a huge fan of The Week magazine! In it you get news and opinion from around the world, from different writers and viewpoints and political perspectives. Learn the latest about music, things to stream on television, movies, art, theater and much more. I’ve learned about great new books and places to go on vacation, areas to look at for future travel and even potential places to live and retire. There is so much here weak in and week out. I love my subscriptions to the New Yorker and the New York Times and other magazines, but it’s to The Week I turn the most. Give The Week a try! You won’t be disappointed.
By Daaagwood

1: favorite magazine of all time. Have read it cover to cover weekly for a decade 2: haven’t been able to read it for weeks because the app won’t restore my iTunes purchase of the magazine
By D.folg59

The Week is weak

If they want a decent review then fix their reviews. For months now every movie and play gets a 4 star (4 out of 4) review while the print edition has it correct. I have emailed them but they don’t seem to pay any attention to their customers, this one a customer for many years.
By kessleda

This app is terrible. Ever since their most recent updates (twice in the past week) I have had nothing but problems. Their support people are pretty responsive, but do not seem to be able to permanently fix my problems.
By Lilly Dipper

How does such a good magazine engage such a horrible app. Most recent issue is inconsistent font size that seems to default to “minuscule” and needs to be reset upon turning every page. You would also think app would permit iPad clock to still be seen, but this is minor. C’mon folks, it’s been years, and the app remains a mess. Magazine itself is wonderful.
By SA reader, once.

it keeps kicking me off access from my Ipad!

Recent update messed up the app

The recent update to the app has messed up the font size. It is not stable, and changes from page to page. Former app allowed one to select font size and keep the same through the read. The Week content is great, app needs work.
By xvxvxv v

Can it come to me daily in an e-mail?
By jaruws

The Week Magazine US