With over 100 million members, happn is the dating app that lets you find everyone you have crossed paths with; the people destiny has decided you should meet. Like the profiles that catch your eye, get a Crush and most importantly, get together! HOW DOES IT WORK? When you cross paths with another happn user, their profile appears on your app. Did someone catch your eye? Like them secretly. We promise, the person will never know, unless they Like you back. Do you want to stand out? Send them a FlashNote. Now you can send a message before you even get a Crush. And if the Like is mutual, then the Crush is yours! Now you can chat or set up a video call, and we’re counting on you to make that first message memorable. Show off your writing skills! The happn app is free to download and to use. If you would like access to more features, you can switch to Premium by purchasing a subscription. With Premium, you get access to the list of people who have Liked your profile and you can send FlashNotes to your favorite profiles so you’re sure to stand out. CRUSH WITH CONFIDENCE The happn app is based on the principle of reciprocity: you will never receive a message from someone you’re not interested in. At happn, confidentiality is our priority: your location is never visible to other members, only the places you crossed paths with them are shown. ------------------------------------------------ Terms of Service for happn Premium With happn Premium, stack the odds in your favour by getting loads of advantages: - Access the list of people who have Liked you! - Send up to 10 FlashNotes a day to your favorite profiles and make sure you get noticed! - Personalize your criteria so you only see the profiles that interest you! - Enjoy unlimited Likes and go back in time as often as you want. You’ll never regret skipping over a profile too quickly again! - Schedule your invisibility ahead of time! - Hide certain things from your profile (age, distance, connection date)! - Enjoy an ad-free experience on the app! If you choose to subscribe to happn Premium, you pay via your iTunes account, and the amount will always be debited 24 hours before the end of each period. Your subscription will be automatically renewed until the automatic renewal is disabled no later than 24 hours before the current period. You can disable the automatic renewal at any time in the iTunes Store settings. Subscription to happn Premium currently costs $24.99 for 1 month, $89.99 for 6 months and $119.99 for 12 months. You are not obliged to pay for a subscription to happn Premium. You can continue to use happn for free. All personal data supplied will be processed as shown in the Terms of Service and the happn Privacy Policy: https://www.happn.com/en/trust/ https://www.happn.com/en/privacy-basics/ 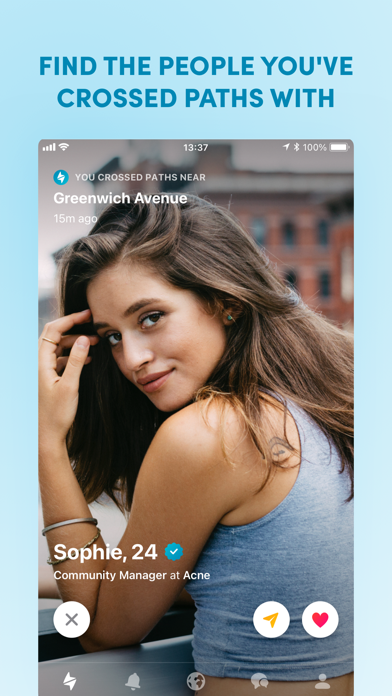 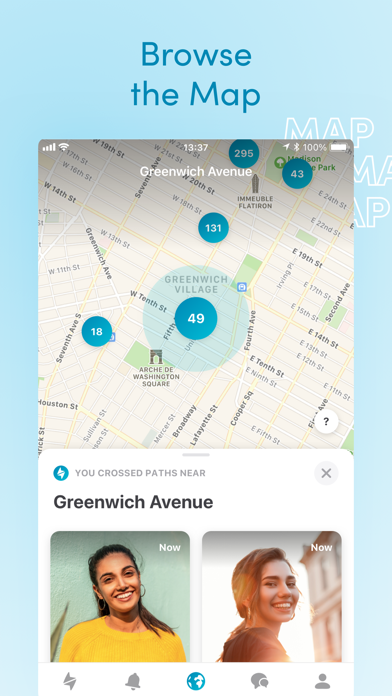 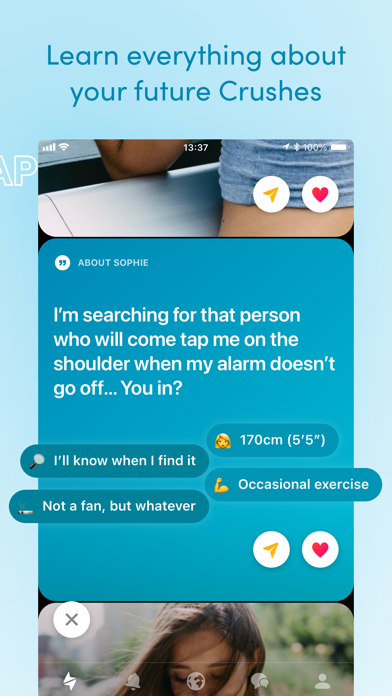 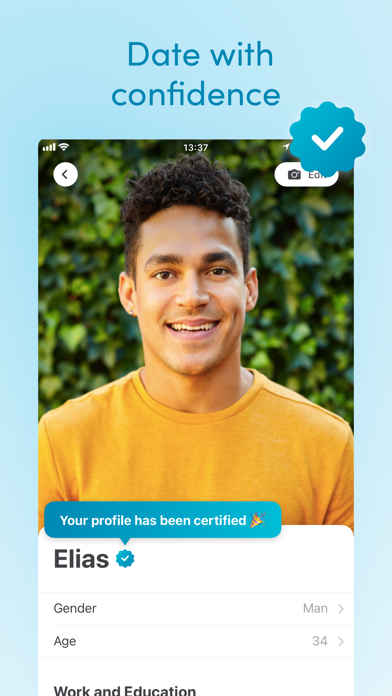 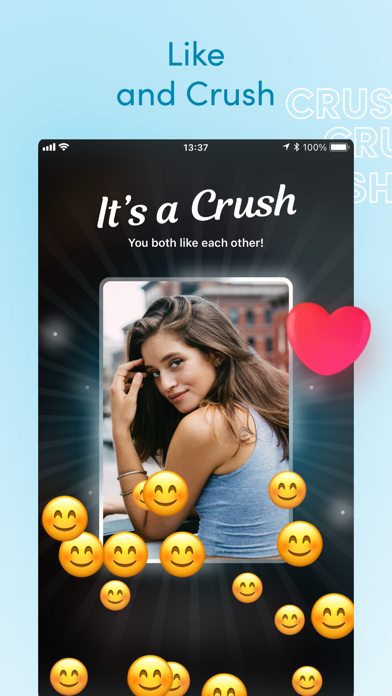 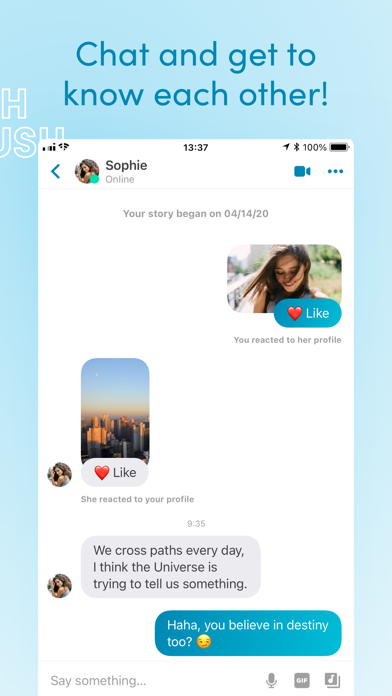 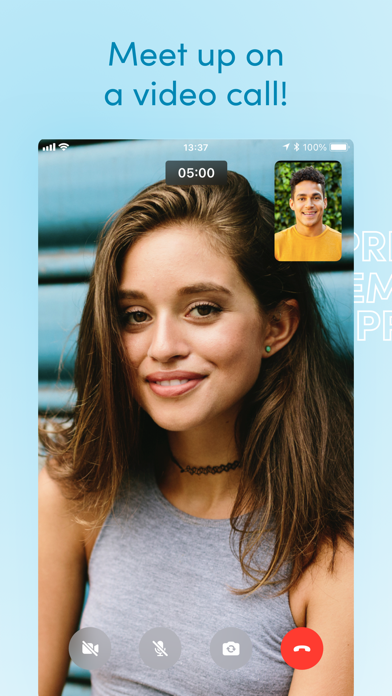 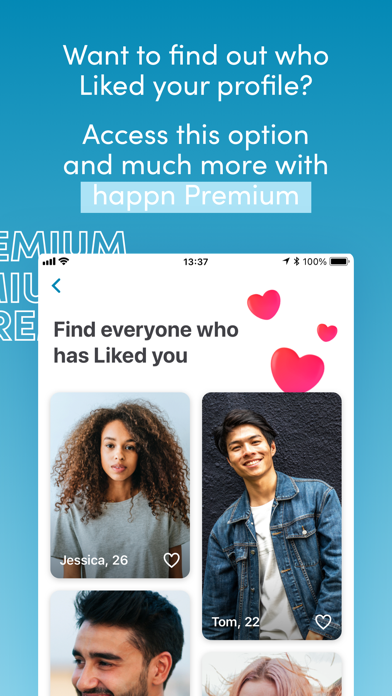 App’s concept is great, however in one night I matched with 8 fake accounts, half with the same photos. Many users are not active or active enough to engage with. Boost only increased my scammer matches, not real matches. Premium did nothing either. As a note, I am successful on other apps, so I feel this is an app specific issue, not me being unmatchable. If the developer put effort to reduce fake accounts (preventing users who don’t show location in which you passed from contacting, photo verification, etc) and keep users engaged, I’d give it a shot again.
By Acugeek

Too Many Fake Profiles

I’ve met so many people who only want to connect with you, ask you for your WhatsApp just so they can get your number, and who knows what they do with it. I’m betting they collect numbers so they can sell them to marketers or possibly steal your identity through phishing via your cell. Do better.
By Ryan Mack the cheap guy

The app rarely shows local people you’ve crossed paths with. It mostly suggests matches that aren’t even on the same continent.
By Dockoski

So many obviously fake profiles
By SSUBR

Best dating app if you’re looking for fake profiles, scammers, and people trying to get money out of you.
By jgkgjfn

Too many fake profiles

Every single time I use this app it claims I haven't crossed paths with anyone. My location services are always allowed for the app, and I live in Chicago so this is absolutely not true. Despite claiming this, the app always manages to generate a shortlist of people it says I've crossed paths with?? Then why is my map and explore feed always empty if I am apparently crossing paths with people? This obviously doesn't seem to be the case for most other people, but yea this certainly is not working for me.
By Angry.........!

same as any 2nd-rate dating app

too many fake profiles, spam
By Xopher H

Escorts and Prostitution disguised in a dating app

The vast majority of the women on here aren’t in the location it says they are. I’m fact they’ll always ask you were are you located first then say they are too. Many times I’ve made up random cities that I’ve never been to and they say they’re there as well. Always wanting to move a conversation to WhatsApp or Snapchat. Did you know that that majority of the fake profiles are created by men in other countries merely trying to get you to let down your guard and send them money via Cashapp or other electronic payment apps. Sad that these dating apps allow this behavior and do not monitor the people. If they’re caught ban them by banning their email or phone number from creating a new profile.
By Freakin A already