CorrLinks is a way for family and friends to electronically communicate with their loved ones incarcerated in institutions. Established through a relationship between a corrections agency and ATG, this system allows family and friends to subscribe to CorrLinks services. Currently all Federal Bureau of Prisons and Department of Corrections (DOC) for the States of Iowa and Oklahoma institutions allow such communication. Note: To use this app, you must have a paid Premier Account subscription. Details are available here: https://www.corrlinks.com/PremierAccountInfo.aspx The app has the following features: • Stay in contact with your loved ones with real time alerts. Receive immediate push notifications to your device every time you receive a new message! • Eliminates login on a mobile device! • Messages downloaded significantly faster! • Messages previously read are in your inbox and don’t need to be downloaded again! • Retain all of your messages for 60 days, instead of 30! • Attach up to 3 mobile devices to your account! • Eliminates Captcha on the mobile app – that hard to read verification process! • A Premier Account only costs $6.00 per YEAR! That’s less than $.50 a month! Take advantage of this offer today. If you have issues with the app, please contact CorrLinks support at: https://www.corrlinks.com/Help.aspx 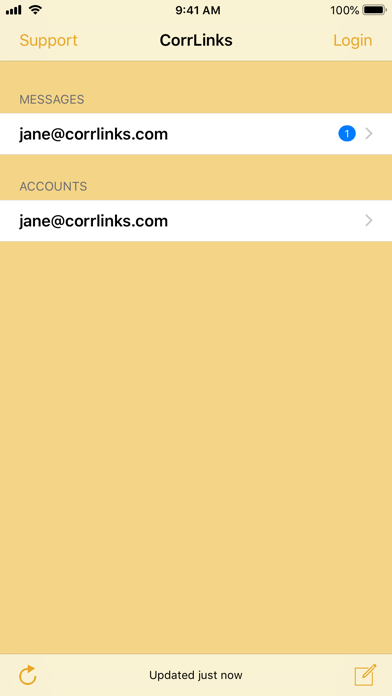 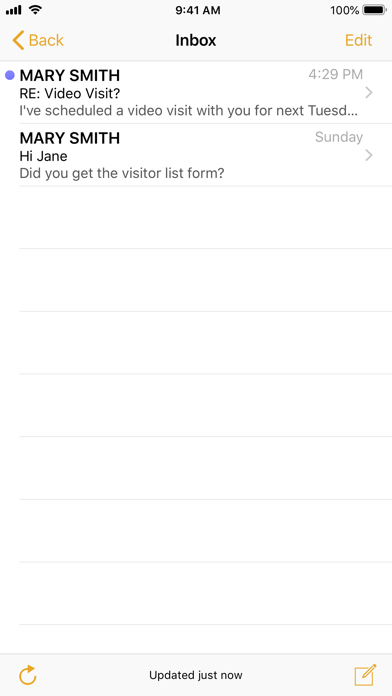 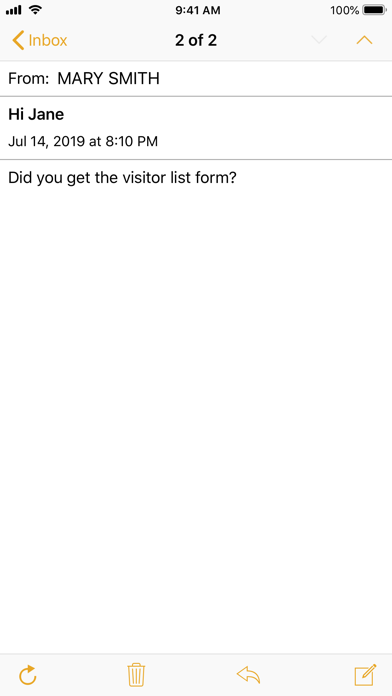 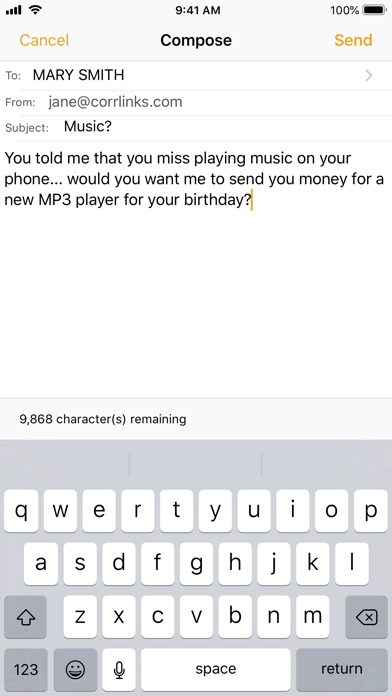 What about the photos?

I enjoy being able to send my message but what above I fo on how to go about sending a picture to our loved ones. We need some instruction better to I for the user.
By cindee j

So annoying hasn’t been working in almost 24 hrs the app nor the internet sight. Don’t think it’s you’ll phone carrier it isn’t it’s CorrLinks
By va worker one

Communicational error like to show up a lot and then is unable to update the app, also doesn’t let you send emails after that. Pops up a lot and happened often !
By haj.0

We really need this app to communicate, but sometimes the service is extremely frustrating for something you have to pay a subscription for. Frequent communication errors, doesn’t save drafts and errors out. Sometimes it notifies you there’s and email, sometimes it doesn’t. If there is an error and it won’t send the email, you can’t save the draft to try again later. When you want to connect to support to get help, the webpage doesn’t load. There was a small window couple hour window earlier today I could send and receive emails the rest of the day there has been communication errors. People really need this app, that’s why we pay for it.
By Frankenmunky

I never received an identification code, and it won’t except a CORES inmate ID #... AND there’s no customer service # to call. Not to mention I’m not even sure how to put $ on this account. I’ve now emailed twice with no response. Telmate wasn’t perfect, but it was so much better than a system that doesn’t even work. I’d give 0 stars if I could.
By Mel-ay

This is horrible this site has so many issues I have not been able to get on since Jan!!!
By RobloxRobber

I HAVE HAD THIS APP SINCE 2014 AND NEVER AN ISSUE UNTIL EARLY LAST YEAR. I’M PAYING FOR THE SERVICE RATHER THAN USING THE WEB TO LOGIN AND I EXPECT TO SEE WHEN I HAVE MESSAGES. I HAVE REACHED OUT TO YOU AND HAVE HEARD NOTHING BACK. I HAVE GONE TO MY PHONE CARRIER AS WELL AS I HAVE GONE TO THE APPLE STORE AND HAVE HAD MY PHONE RESET COMPLETELY AND HAVE REMOVED AND REINSTALLED THE APP AND STILL THE ONLY WAY I KNOW I HAVE MESSAGES IS IF I HAPPEN TO CHECK MY PERSONAL EMAIL ACCOUNT. BY THEN HOURS HAVE PASSED. I’M ASKING AGAIN, WHAT IS THE POINT OF HAVING TO PAY FOR SOMETHING THAT CAN NOT BE USED AS I SHOULD BE ABLE TOO? AT THIS POINT ALL ATTEMPTS ON MY END, WAS DONE AND NOW IT SEEMS IT IS YOUR APP THAT IS THE PROBLEM.
By MS.JEFFERS

Can’t get multiple inmates on my account. Really sad!
By BC Bob Conant

Makes the best of a not-so-convenient situation. Easily allowed me to communicate with loved one. Nothing is ever perfect, sometimes it can lag. But it’s overall a great service that works as it says most every time!
By aleksanikoleta