Jdate is the leading Jewish dating site for single Jewish men and women looking to make a great connection with other Jewish singles. What sets us apart is our ability to help our members make quality connections. Our profiles and personalization features go above and beyond other apps to help Jdate members connect with other likeminded members. And our suite of powerful communication tools help members meet more people and make deeper connections. It’s why so many Jewish singles have turned to Jdate to help them find their special Jewish someone. Our app puts all of the power of Jdate right in your hands so you can see your matches, send messages, and stay connected from anywhere. Jdate Features: Browse profiles of local Jewish singles - Our smart, intuitive Jdate app makes it easier than ever to find Jewish singles around you and jumpstart your dating life! Jdate uses your location to find other Jewish singles in your area and make great connections. Find members that match your interest - Meet other single Jewish men and women based on your interests and personality, or browse online users around you. Send a “Flirt” to your crush - Find someone who catches your eye? Send a quick “Flirt” and find out if the interest is mutual! Upload photos quickly and easily - Use the app to upload photos from your phone or Facebook! View all profile activity at a glance - Our all-new Activity feed offers improved alerts, incoming and outgoing activity and chat management, all in a seamless, simple interface. Get even more with a Jdate Subscription - As a Jdate subscriber you get even more ways to make better connections: • Send and receive messages — Connect and communicate with other Jewish singles right in the app using our messaging tools. • Messaging+TM — Send messages that can be read and replied to by anyone on Jdate, regardless of their membership status. (Premium subscription required) • Messaging+ Badge – Make your profile will stand out to all who see it and let everyone will know that you can read and respond to their messages whether they have a paid subscription, or not! (Premium subscription required) • Enhanced Privacy Control — Browse anonymously, hide your status, and remove your profile from appearing in searches. • Read Receipts — See if your messages were read. • Share Photos — Send other members photos of yourself. Download the app and start browsing for FREE right now! --- Important subscription information: • We have multiple subscription options to choose from starting as low as $19.99/month for 6 months • Payment will be charged to iTunes Account at confirmation of purchase • Subscription automatically renews unless auto-renew is turned off at least 24-hours before the end of the current period • Account will be charged for renewal within 24-hours prior to the end of the current period • Subscriptions may be managed by the user and auto-renewal may be turned off by going to the user's Account Settings after purchase • No cancellation of the current subscription is allowed during active subscription period • You must be 18 years or older to use the Jdate app. Have questions or want to contact us? Visit https://support.jdate.com Terms of Service: https://about.jdate.com/legal/#termsofservice 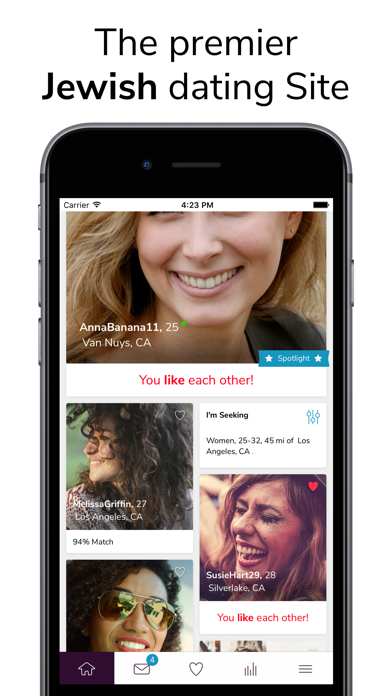 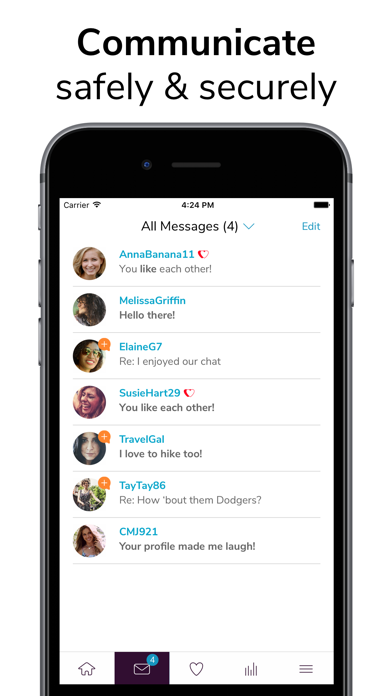 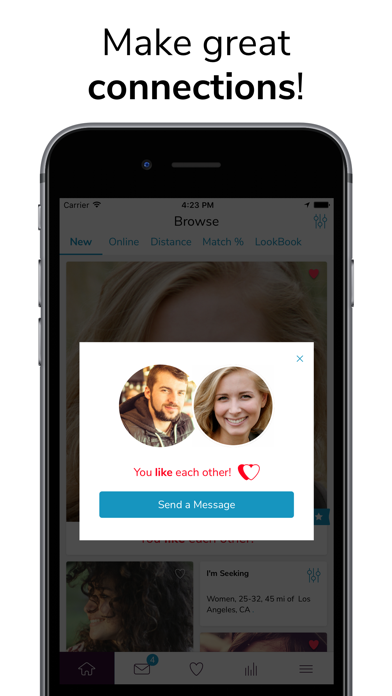 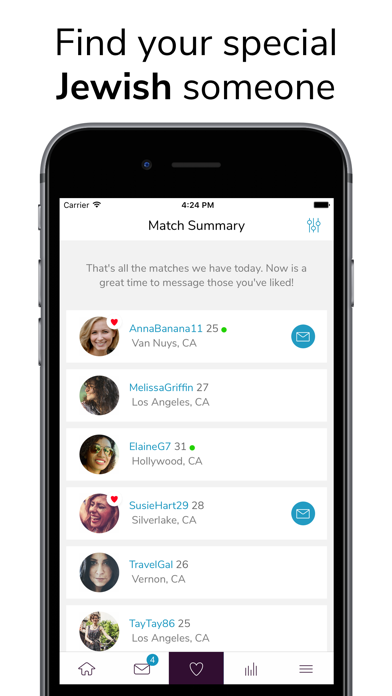 There's been absolutely no one on this dating site that even comes close to being someone I could see even being friends with. What a disappointment
By Give up girl

I have been on many dating apps, Jdate by Sparks Network is the worst, I am unsurprised though. They make Christian Mingle and sites for LDS (Mormon) people. They have rigged Jdate so that it has constant glitches and errors. The site does not work as well as Christian Mingle, why is that? Don’t trust Jdate! EVER!! Why do I have to log in through a robotic picture grab everytime? And typically three times?! Time for a class action, see you at the table Jdate!
By Sparks the bell tolls for thee

Don’t waste your money. They send me matches of people on the other side of the country, age inappropriate, just nothing. I tried to cancel the day after paying, and I just get a runaround. I’m extremely irritated and want a refund. When I tried to cancel, I get a screen where they want me to PAY for tech support. This is a total scam and must be stopped.
By lovejdate

Without a doubt, worst dating app

Terrible user interface. Crops pictures oddly and despite offering “move and resize,” it doesn’t really work - it ends up enlarging the picture and shows only your right eye. Profile changes can take 48 hours to be approved - hardly internet speed. When going to the “new profile” section, many of those profiles say: last logged on 3 months ago which speaks volumes about how many women use the app. I frankly feel very ripped off by this app - 60 bucks down the tube.
By eisenberger

What Happened To Jdate?

I've been told by so many people they found their spouses on jdate so I gave it a try. First off it is so buggy that it will crash, or not load images, and when the images load-two profiles share the same photo!! This app recycles the same 20 profiles and I swear it doesn't matter what I put for preferences-I even see women's profiles when I have it set to men. I never get any responses and men who like me are 10-20 years older! Also you can't message anyone without subscribing! I live outside of NYC how hard could finding a jewish guy be?
By sonystar9

If only you had as many women as Zoosk, your site would be great.
By twitter pit bull

Costs too much
By treader7

I’m not even sure this site is still open

This is the second time I’ve tried JDate in the Dallas area. The same 3 profiles are on my list, and it seems none of them have been online in months. Are you there, JDate?
By istp gal 61

It never ceases to amaze how many new ways they find to avoid making online dating easier.
By azcello

Not enough jewish girls of quality.

Just don’t find the kind of quality gals on JDate that i would expect. Perhaps it’s a cle thing
By s2953