Get to know the must-have app for streamers Use the free Roku® mobile app to: • Control your Roku devices with a convenient remote • Use your voice or keyboard to quickly search for entertainment • Enjoy private listening with headphones • Stream free movies, live TV, and more on the go with The Roku Channel • Cast media files from your phone, like videos and photos, to your TV • Add and launch channels on your Roku devices • Enter text on your Roku device easier with your mobile keyboard You must connect your phone or tablet to the same wireless network as your Roku device to use certain features of the mobile app. Some features require a compatible Roku device and may require logging into your Roku account. Feature availability: • Voice search is available in English in the US, UK, and Canada. It’s also available in Spanish in Mexico and the US. • The Roku Channel can be viewed in the mobile app in the US only. • Some channels require payment, can change, and vary by country. For more information and troubleshooting, go to http://support.roku.com and https://docs.roku.com/published/userprivacypolicy/en/us?embed=true#userprivacypolicy-en_us-CCPA 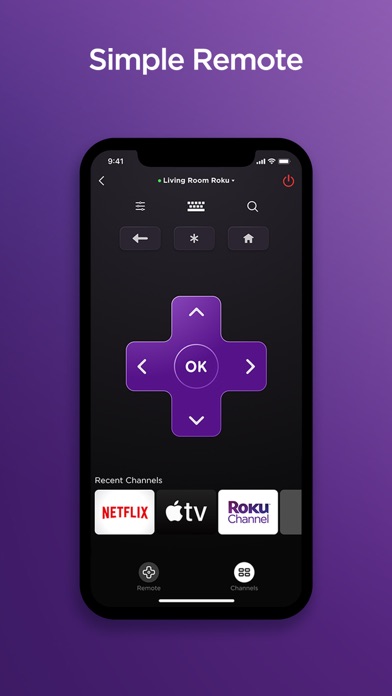 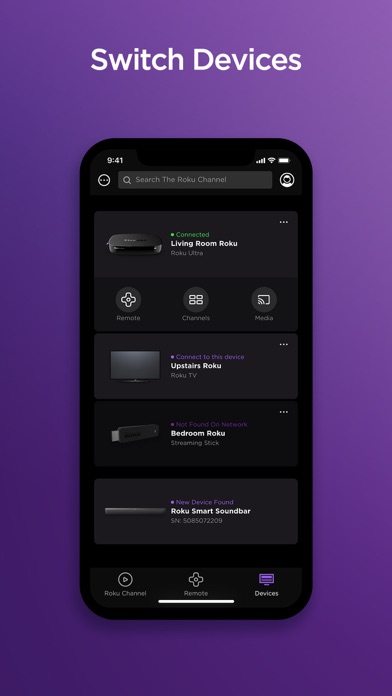 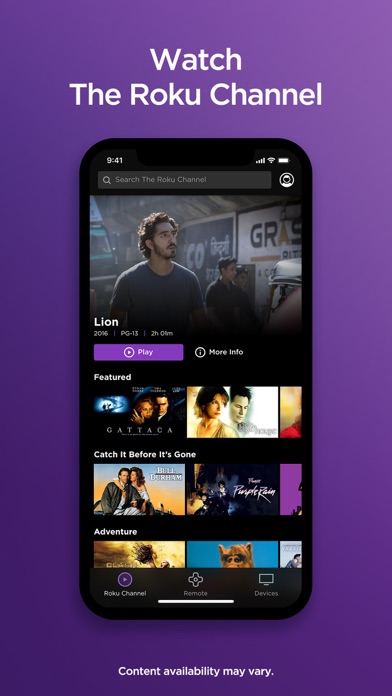 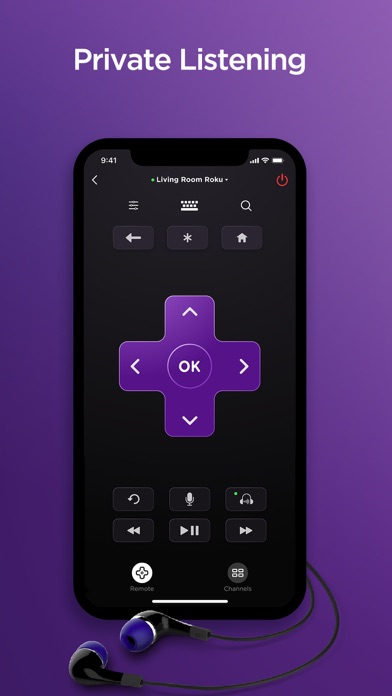 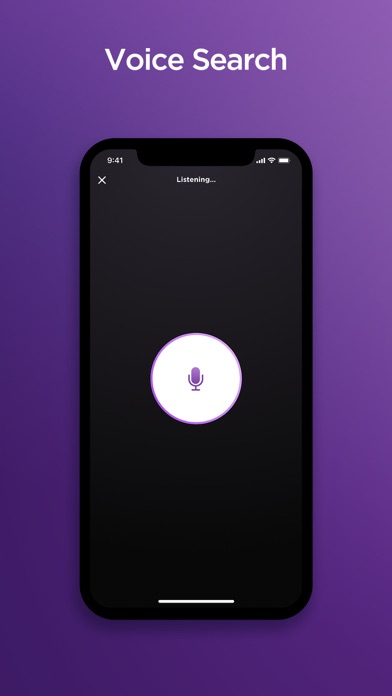 Please remove other people having control from my tv’s. I can’t watch anything on tv due to people that don’t live with me, turning my tv’s on nd off constantly nd pausing nd playing my shows or movies it’s frustrating nd annoying nd very upsetting that even neighbors that are strangers having control over my tv’s!! Please make the app that can be privately used for our own tv’s nd not having others outside of my house controlling my tv’s. PLEASE FIX THIS! Im tired of strangers controlling my tv’s!!!!!!!
By JazyVG

Poor app - use for private listening with TCL ROKU TV

Works pretty wonky - very touchy controls. Will diconnect BT with my Bose QC35s intermittently (from 10 ft in front of TV!). Have to exit and close app and restart too frequently. Sometimes simply stops responding as a remote, and again have to quit and reload. Gets so frequent about once a month I just delete the app and reload it…and that seems to help for awhile. It’s the only app that supports private listening so I use it…but I think it is pretty poor and inconsistent.
By Usuckbrowser

Won’t open even after close/re-open; private listening cuts out frequently; used to work much better
By Fun-w-Words

This app is everything and some but the best part, it’s free. So convenient and works all my streaming. I love it!!
By analv

Crashes without fail on a brand new up to date phone. Completely useless.
By mattgelgota

Fail to open and run, thanks for the update. Now update the app and actually make it work!!!
By ***BAM***BAM***

Love the app, but it doesn’t control the volume which is why I downloaded the app. My other remote no longer controlled the volume. If it did that it would be perfect.
By Cool ratings

Some days it works. Most of the time it doesn’t. Had a get an entirely new remote. Very inconvenient and annoying. Even manually trying to connect to the IP address didn’t work.
By Jdkksna

Remote okay, extras not so much

I thought it was great being able to navigate and resume tv shows. However after season 1 the app gets extremely glitchy. The resume button shows season 1 regardless of what season you're on and many times while navigating to the appropriate season and scrolling down to the right episode, the screen flashes and brings you back to season 1 again. Additionally, the progress bar on episodes frequently shows the episode has been completed regardless of actual progress. If these issues were fixed, this would be a 5 star app.
By Amanda Goodwin

Never connects fully, more annoying than anything! Seems this has been an issue for over a year. Developers, PLEASE UPDATE! My favorite feature is the private listening, when it works, which is seldom.
By durham56