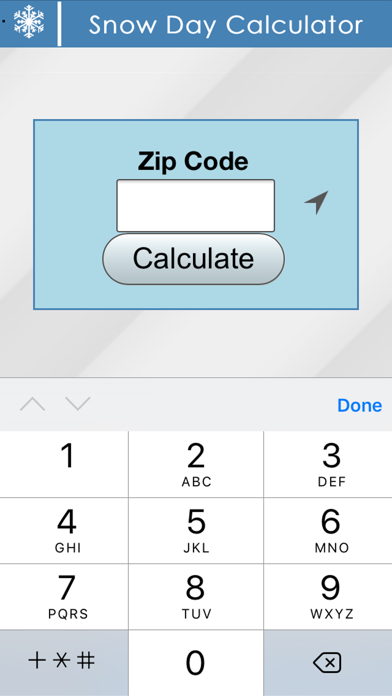 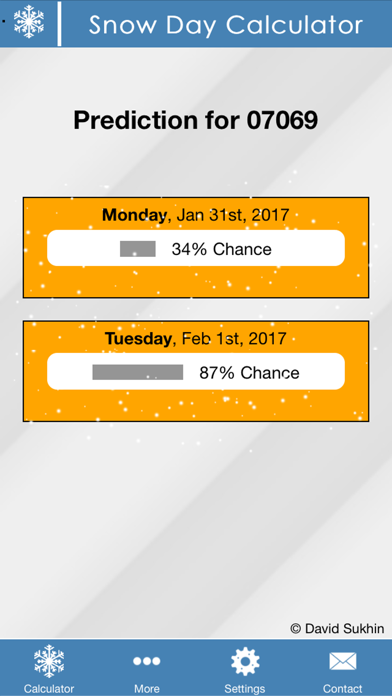 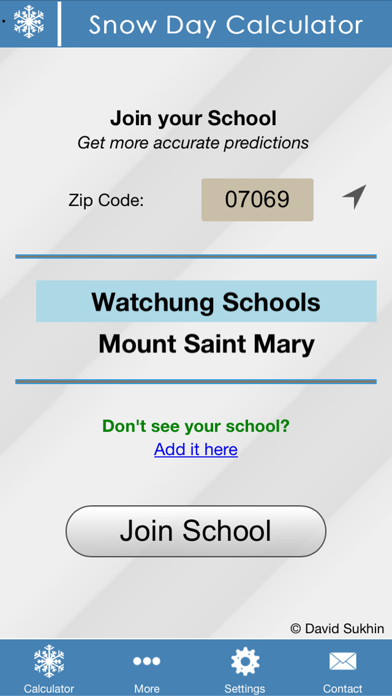 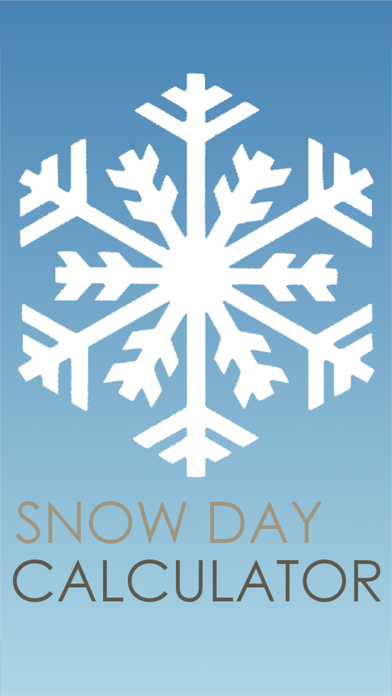 To get a 3 day forecast you have to pay monthly? No. Save your .99, the free app does the exact same thing.
By Jenniebgood

The snow day calculator said there was a 99% chance of a snow day and they was not even an inch of snow the snow just started to FALL!! Don’t spend your money on this it’s a waste
By GrapeKoolaidJammer

This app is very very very in accurate!! there is 11 inches of snow on the ground here in Denver Colorado. On this app it says there is 1 inch!!! how is it even possible to make such a big mistake? However it says that there’s only a 27% chance of a snow day tomorrow that is not possible, especially when it’s supposed to be less than 20° tomorrow. THEREFORE THIS APP IS VERY INACCURATE AND MISLEADING!! ⚠️⚠️⚠️WARNING DO NOT DOWNLOAD⚠️⚠️
By sammyes1128

When I got this app, I tried to enter it but it closed automatically. I tried restarting my phone, but it won’t work. This is a waste of money... Don’t buy!
By DJ ADON

Anything over 50% good chance of a snow day or late opening . It’s always correct!
By Kakanaiabej

It’s inaccurate and it keeps changing.It keeps glitching.lts a waste of money and time.Do not plan your days off of this app it’s simply for fun.NOT for facts.DO NOT get this app and if you do don’t pay for the notifications. The only good thing about the app is that there is no adds.
By winner43567

Immediately shuts down upon opening. Paid for something that doesn’t work a lick.
By J. Fitz.

It doesn’t work. It costs too much. It won’t even let me open the app. Just go with the free version it’s much better than this crap app
By Beauty_lover521