By The Big Ten Network

BTN+ is a direct-to-consumer video streaming subscription service offered by the Big Ten Network -- the only network dedicated to in-depth coverage of America's most storied collegiate conference, the Big Ten Conference. With a BTN+ subscription, you get access to the following Big Ten content: 1. LIVE STREAMING NON-TELEVISED GAMES BTN+ subscriptions include access to live streaming of more than 1,400 extra non-televised Big Ten games and events produced by the Big Ten Network in partnership with the member schools of the Big Ten Conference. Look for games and events featuring the BTN+ designation on the BTN+ schedule to watch live and stream on-demand. You do not need a TV Provider to subscribe to BTN+. (A Note on Televised Games: Fox Sports has replaced BTN’s former TV Everywhere service called BTN2Go. In order to watch live streaming of televised games airing on BTN, FOX, or FS1 -- such as Big Ten Football games -- please visit FoxSports.com or download the Fox Sports app. You will be required to authenticate with separate TV Provider credentials.) 2. NEXT DAY, ON-DEMAND GAME ARCHIVES BTN+ subscriptions include access to next day, on-demand archives of all games and events produced by BTN+, as well as games and events produced and televised by BTN and the rest of the major Big Ten Conference television partners, including FOX, FS1, ABC, ESPN, & CBS. Missed yesterday’s B1G game? No problem with a BTN+ subscription. 3. PREVIOUS SEASON BIG TEN CLASSICS AND ORIGINALS BTN+ subscriptions include access to on-demand archives from BTN’s library of Big Ten Classic Football games, Big Ten Classic Basketball games, and other Big Ten Classic games. Re-live your favorite school's most incredible games anytime, anywhere! BTN+ subscriptions also include access to on-demand previous seasons of BTN's Originals, such as The Journey, Big Ten Elite, and Big Ten Treasure Hunter. BTN+ subscriptions are available on an annual or monthly basis, and can be purchased to access content for all fourteen schools in the Big Ten Conference, or just your favorite school: Illinois Fighting Illini Indiana Hoosiers Iowa Hawkeyes Maryland Terrapins Michigan Wolverines Michigan State Spartans Minnesota Golden Gophers Nebraska Cornhuskers Northwestern Wildcats Ohio State Buckeyes Penn State Nittany Lions Purdue Boilermakers Rutgers Scarlet Knights Wisconsin Badgers Please note: At this time, BTN+ streaming subscription service is available only in the United States, Canada and select Caribbean Islands. Privacy Policy: http://btn.com/about/btn-privacy-policy Terms of Use: http://btn.com/about/btn-terms-of-use 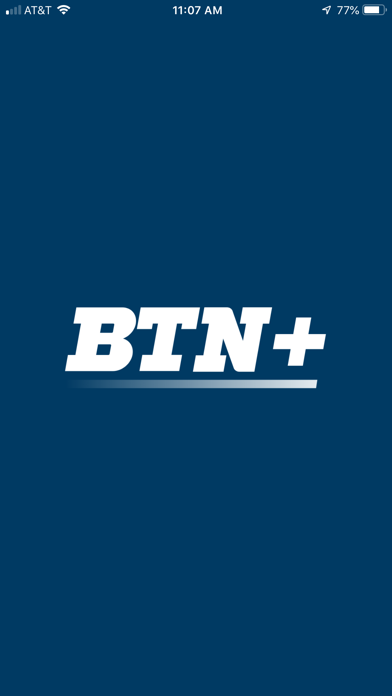 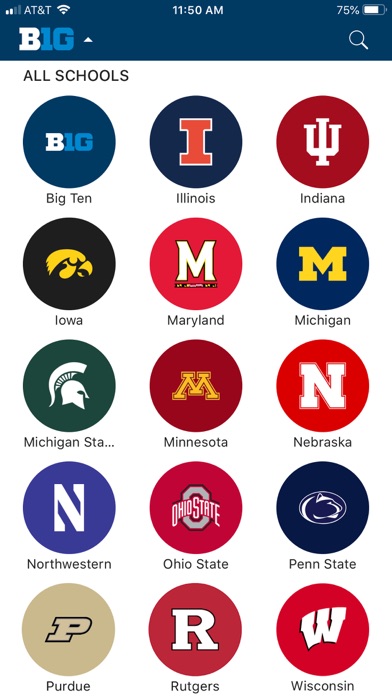 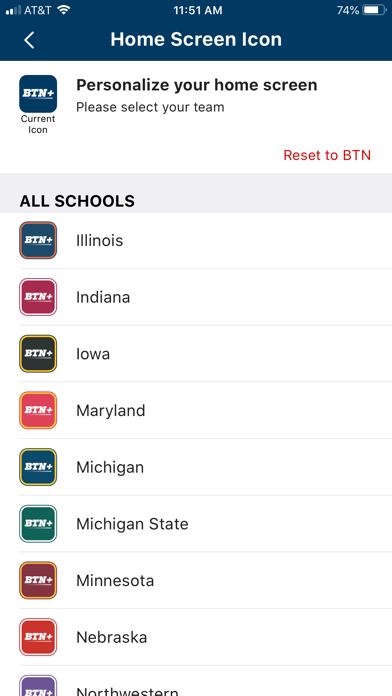 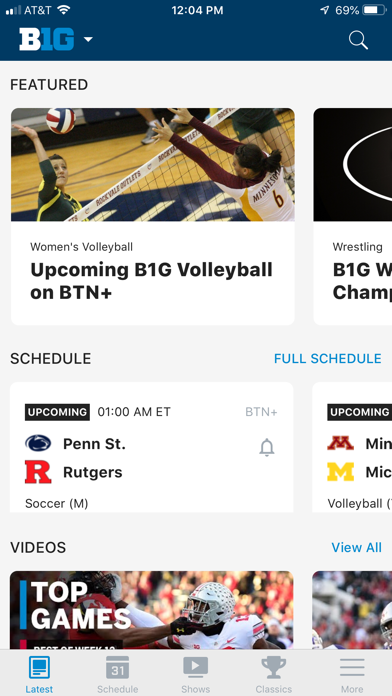 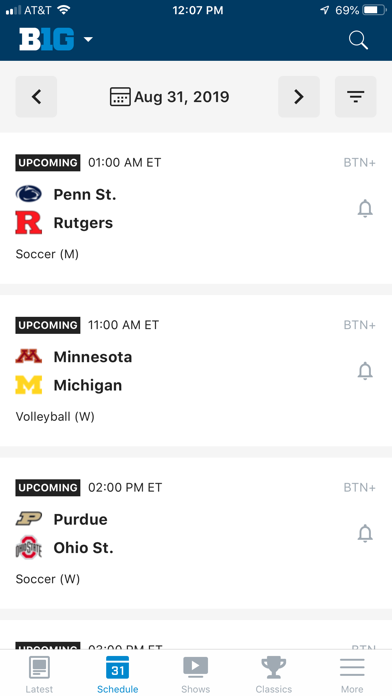 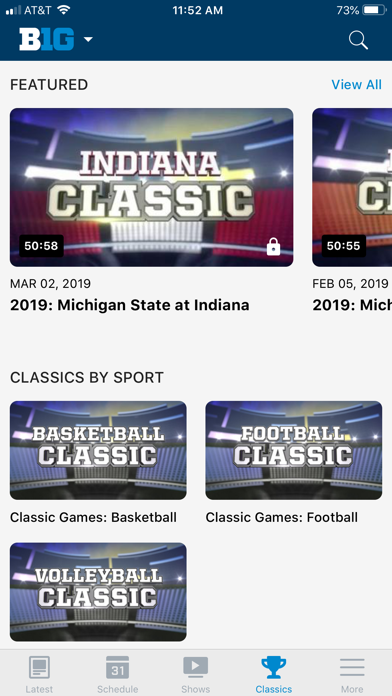 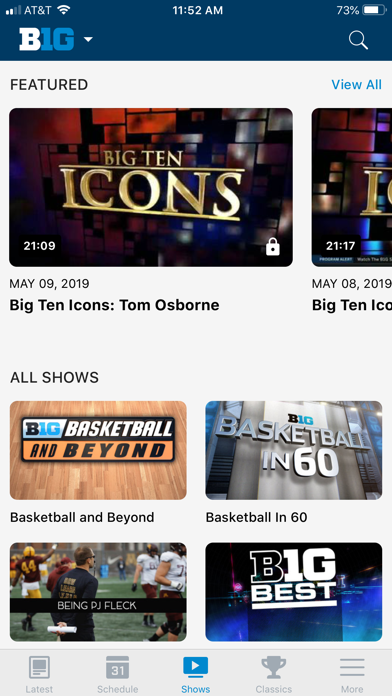 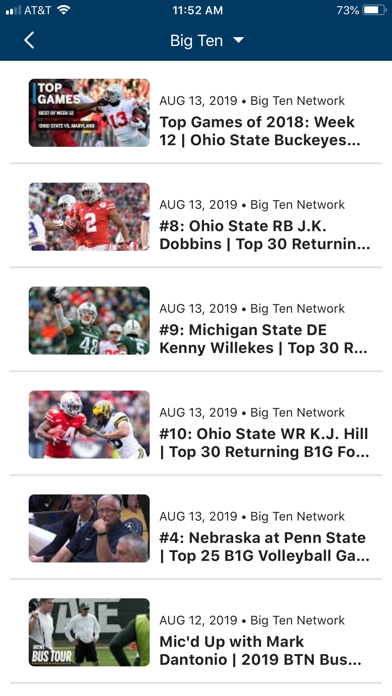 Seems other people are having similar issues. They charged me for 3 months of service when they weren’t providing live events. Their website advertises live events. When I tried to cancel they ignored me and won’t refund my money. Their customer service reps were sarcastic and non responsive. Extremely unprofessional.
By Chuck Cro

Don’t ever use!!They’re even harder to get rid of. Come game day my games were not aired because of outside district. I let it ride for the rest of football season hoping wrestling would cover down, no but hell no. Don’t ever use them, took me 3-4 months to stop billing me. Don’t ever use!!! If I could give a negative star I would
By Fu$& BTN

Also cannot figure out how to cancel this. Apple ID keeps charging me, can’t cancel in the app itself.
By b_ballin_babe13

I been trying for 2 months to cancel this service. BTN+ says it’s an Apple service to cancel, but Apple doesn’t have a way to cancel. I need help please to cancel.
By WL6818

I’ve been trying to cancel for weeks and they keep charging me.
By cjoffitt64

App Goes in and out

The app cuts away from the games several times.
By BTN&

Only 1 user can watch at a time. If you are logged into another device and want to watch from another, you will have issues! Basically have to log out of the first device to use the second (imagine being signed in from home computer and want to watch a game from a location not close to home). Got locked out of app but was not given explanation. Could not watch game we wanted Bc of this. Got home hours later to contact customer service - which stinks and only can live chat or email. Asked why we were locked out - was told too many login attempts with wrong password. Definitely was not the case as we have been using same password since forever. If that was the case, why would we not get a message telling us why we were locked out and given option to reset password? Triple the cost of espn, way less games and way more frustration! Unfortunately for me, the games I want to watch are televised on BTN plus.
By Ecoyk

Customer service in horrible. No way to contact them other than email or live chat. Only one device can be used at a time. ESPN + allows multiple devices, with hundreds more games, at a third of the price. If you want big ten streaming service, they know you are a captive audience and treat you as such. Wish there was a better option, but unfortunately there isn’t.
By fscotr

This app is useless. More money hungry old men that don’t give a f*€k what the consumer wants/says. It used to be nice to pay for BTN through my TV provider and be able watch it on the go but now the only way to watch any games is to pay EXTRA for it, even though I’m already paying for the channel through my provider. Greedy f*€ks, like you don’t make enough money...
By Chadjohnson8

More by The Big Ten Network