Score: 5
5
From 2 Ratings
Free On iTunes

Introducing the launch of the completely reimagined and redesigned San Antonio Express-News app for your all your iOS mobile devices. Our sleek yet simple design allows for seamless consumption by topics so you can catch up on the news in a timely manner, 24/7. Express-News will continue to bring you the smart reporting, award-winning photos, trusted team of columnists and second-to-none coverage of the San Antonio region that you expect. With topic specific push alerts you can opt-in to the coverage that matters the most to you - and we won't overwhelm you with alerts that you don't want. In order to have full access to the app you must have one of the following: * Make an in-app purchase * Existing Print Subscription * Existing Digital Subscription Otherwise you can sample up to 5 free stories per month without subscribing. Subscribing to San Antonio Express-News: • Downloading the app is free. New users can receive free content on the app for 14 days. • If you would like to subscribe, you can select a monthly ($5.99) subscription. When purchasing through iTunes, your account will be charged at confirmation of purchase. Any unused portion of your free period will be forfeited at time of purchase. Your subscription will auto-renew unless you turn this off 24 hours before the subscription runs out. You can turn off auto-renewal at any time from your iTunes account settings. For assistance you can email feedback@express-news.net. or call 210-250-2000 Privacy Policy: www.expressnews.com/privacy_policy/ Terms of Service: www.expressnews.com/terms_of_use/ 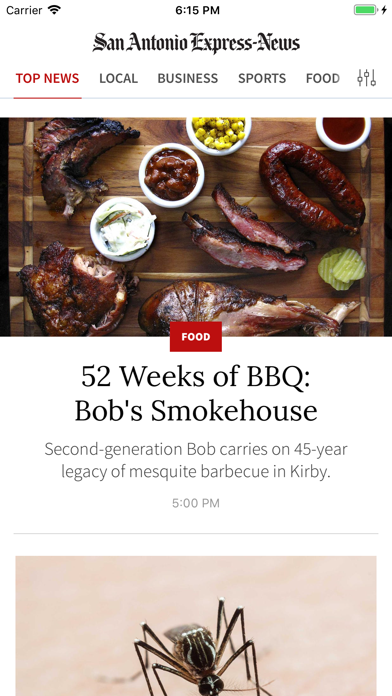 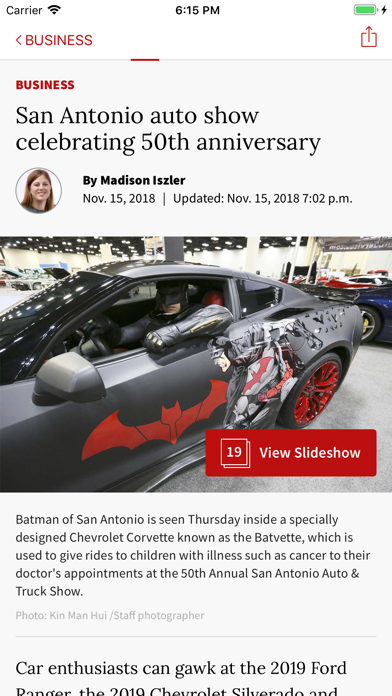 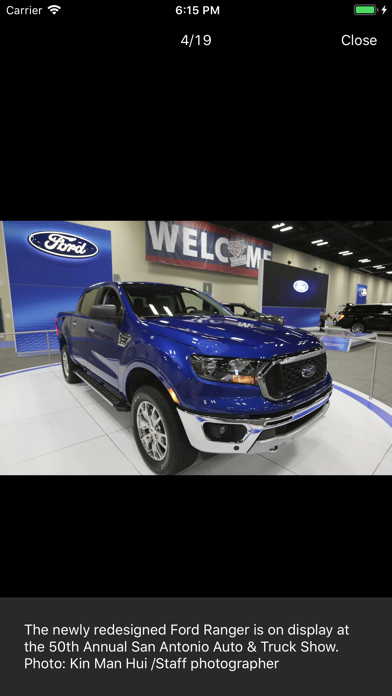 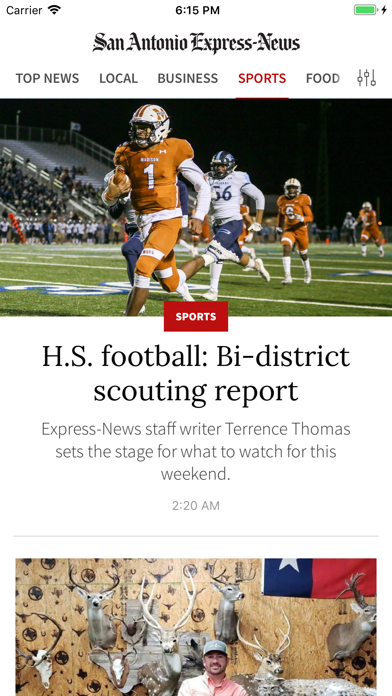 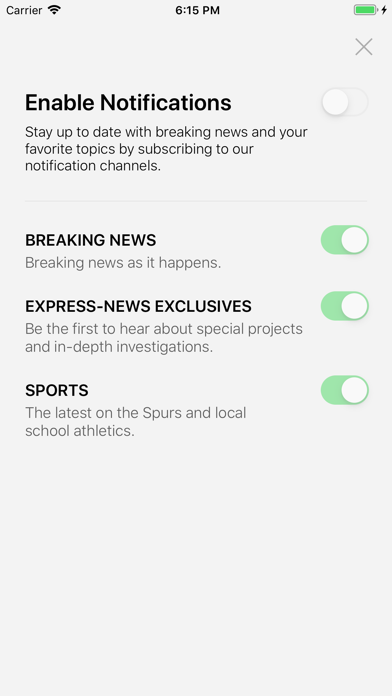 I have tried often on for a couple of years to get this to work with my iPad and holy cow it never works. Lately mostly it just locks up when I try to log on. Just sits there. Did I say it just sits there?
By mynameisdickforreal

trying to read saen on an ipad is an exercise in frustration. a popup miniature version on the sidebar is not an improvement..put me down as close to cancelling subscription..fools.
By captjy

Because a dozen menus no one ever uses and ads have covered the screen, the actual paper you could read used to occupy 35% of the screen. The app was improved so no menus disappear now, so the paper occupies only 25% of the screen. Can’t wait to see further improvements. Maybe Hearst should let the developers write some of the articles and let the columnists write code. A win-win for all.
By LiteBright01

Again the app has stopped working for no reason. I’m tired of fighting to get what I have paid for. It is too expensive to start with!
By PhilofSci

The digital version is impossible to read. The page is so overloaded with advertising that it’s not worth navigating. I cancelled the last version because of constant technical problems. I kept this version for about 40 minutes and deleted it. I’ll block future charges on my credit card rather than fight for a cancellation.
By 110traut

What did you do?

Did you employ Spectrum to develop this version of your app. Thinking that with this last update your fair chance has expired. So now will my subscription, sayonara.
By Ket999

Crap dished out to a undeserving public

They could care less about giving us a decent phone app. Time to let them go.
By bob999777

Too bad to use

So frustrating. Want to get news but don’t want the paper edition. Previous app was better. The best way now is from internet but one has to observe T.J. Henry taking up 1/3rd of the page.
By goidlucksucker

The “improved” app is no improvement. The text is miniaturized to the point that I have to get a magnifying glass to read some of it. In addition, a lawyer’s ad is splashed across the top of the page banner style and if you try to move the page up, it goes behind the ad. Having to sign in several times a week is an irritation. A 4.2 rating should tell you something.
By Unhappy Oldtimer

I would gladly pay for digital service that also included the puzzles found in the print version.
By HM Strauss