RidePass is your all access pass to the world of western sports. Stream exclusive live and on-demand action from the PBR Unleash The Beast Tour, Rodeo, Velocity Tour, original series, news and opinion, and more. RidePass is the home of PBR Finals Week. Purchase an Annual membership today and save 33% to gain access to events throughout PBR Finals Week Nov. 2-10, including every performance live, other shows and events throughout the week like Flint Rasmussen’s Outside the Barrel and the Black Carpet Show. Note: RidePass Annual Membership is the Only way to watch PBR Finals Week, Monthly Memberships Excluded. RidePass offers the ability to sign up in the app for one of two great packages: Monthly Membership at $9.99 per month Annual Membership less than $6.99 per month, with one Annual payment of $79.99 If you choose to pay via the app you will be charged to your iTunes account at confirmation of purchase. Your Subscription will automatically renew at the same price within 24 hours of the end of the selected period - if you wish to cancel you must do so more than 24 hours prior to the renewal date. You can manage your subscription, and turn off auto-renewal, in your Account Settings after purchase. If you are within a free-trial period and select a subscription that covers the same content package, the trial period will immediately expire. For Terms of Use and Privacy policy information, please visit: https://welcome.ridepass.com/legal 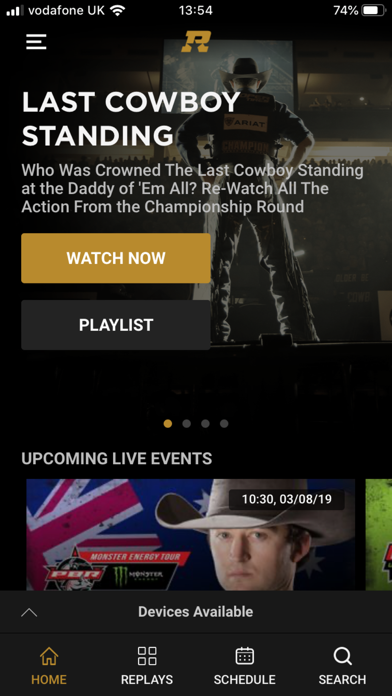 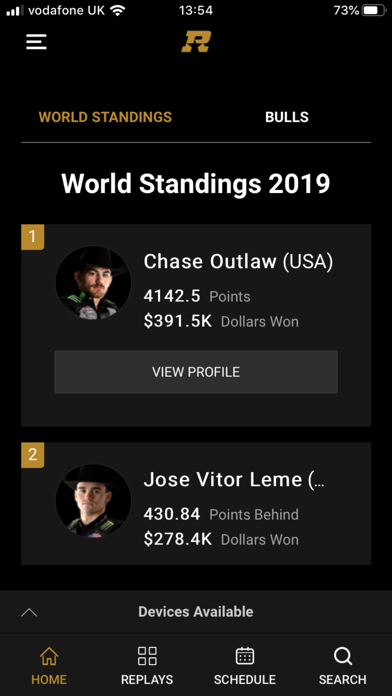 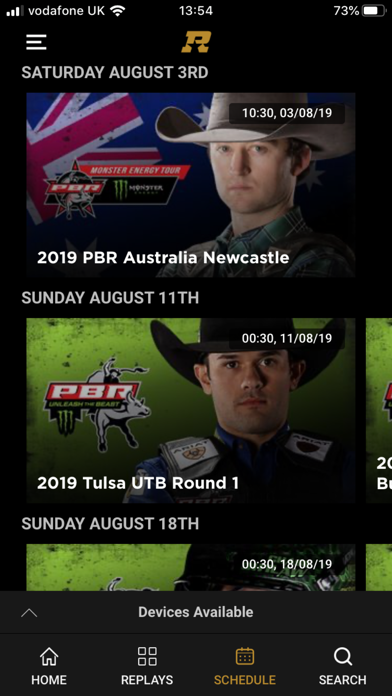 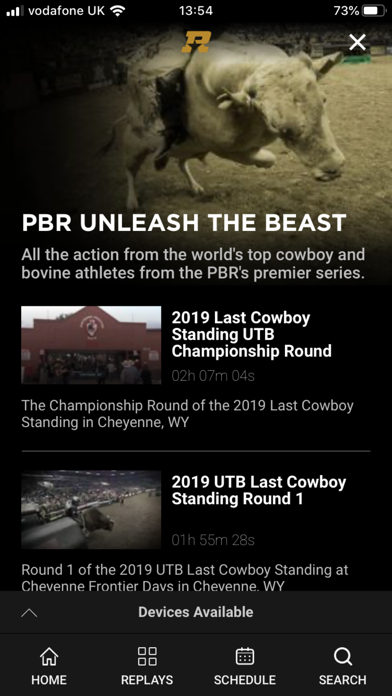 I had to reset my password their password reset would not work and I searched their website far to long for any type of technical support. Guess this app just runs itself!
By fishroper

I checked it out. Riding Pass looks good but there are to many issues. I went back an read the reviews everything looks great. But what you pay in their plan or You add the Channel to your Cable Network. It’s your choice in the long run. I am just going to add another channel. 2.50 more a month. That’s okay by me. 👍
By CntrygrlPBRFan

Did any one do user testing? I think not. Extremely hard to navigate, pretty much worthless, even worse on the Apple TV. Wanted to love it, but it needs a MAJOR overhaul.
By smbunny

I think if the main camera wasn’t set so far back and more on the move behind the chutes and closer up it would be a lot better. As well, I don’t enjoy the split view. But besides that I’m glad I’m able to watch the PBR and a site I can rely on every time.
By NHA32

If I could give you zero stars I would!

The app won’t work on anybody’s iPhones, so someone should probably fix it! I mean it is 10 dollars a month for something we can’t even watch on our phones
By ridepassucks

I am retired and on SS and PBR is one of my splurges because I was a barrel racer for years but always loved Bull Riding so why not PBR. When I luck out and have been to many of PBR events including gifts to go to LV National Finals and pay high dollar up front tickets!! Paying for Ride Pass seemed it was gonna be a drop in the bucket, then here come the views from back and nose section with shots later close screen, this is terrible.. CBS should be ashamed their view is so far away you can’t tell who or what you are seeing. My hope if y’all get enough complaints it will improve or I can see a future of a lot of membership cancellations!!!!!!!
By att hooked me again

Iv downloaded this app with WiFi on multiple occasions but when I try to use it all I ever see is the logo in the middle of the screen.
By AMO3690

This app is no good. I have it on my phone and it’s so small cuz the camera is far away. I can’t even log in on my Roku. The app doesn’t even allow me to enter my entire email address so that useless. I just joined and I will be canceling because this isn’t even worth $10/month. I’m very disappointed because I love PBR
By BellaO2

Just not worth paying for such lousy coverage. I get that the broadcast team is not up to the standards set by Craig. Kate, and company (they do try hard) but the shot from the back of the arena during rides is a joke. Then they switch to an isolated shot AFTER the ride. Reminds me of the Uncle Floyd show except no one is funny, especially not the clown. And where did Frank and Shorty go? Let them talk. It seems like maybe the PBR was strong armed into a bad deal by CBS. If that’s the case then shame on them both as the non-CBS events aren’t up against CBS anyway. So now they know why I cancelled.
By CimaDome