Go Live on YouNow! On YouNow Live Streaming, you can interact with live streaming broadcasters and go live to connect with your audience. Have fun guesting onscreen, taking selfies, sending gifts, and creating moments. YouNow offers live streaming video chats to watch your favorite influencers or friends. Join live streams to chat with other users and interact with the broadcaster. Join a live video chat stream to instantly get into the conversation! EXPLORE: Browse live video broadcasts and catch up on what you missed in the Moments feed. BROADCAST: Go live by tapping the green “GO LIVE” button on your profile. Start your live video stream instantly, live streaming has never been easier! INTERACT: Chat with broadcasters, buy bars to send gifts, request to guest, and capture your favorite broadcast moments. Chat with other users and meet new people! DISCOVER: Find creators, artists, musicians, your favorite personalities and even new friends! Easily join new live stream video chats. YouNow is the best live streaming app to watch live broadcasts and follow your favorite people. Chat with other people during the broadcast and meet Questions, or feedback? support@younow.com Note: YouNow live streaming video chat is intended for people 13 years or older. YouNow Subscription - Support your favorite YouNower and unlock the following perks... • An exclusive partner sticker and badge • Access to super chat messages • Access to the YouNowers replays • Priority chat during busy broadcasts $4.99 monthly --- Price may vary by location. Subscriptions will be charged to your credit card through your iTunes account. Your subscription will automatically renew unless canceled at least 24 hours before the end of the current period. You will not be able to cancel the subscription once activated. Manage your subscriptions in Account Settings after purchase. Private Policy: https://www.younow.com/policy/en/privacy Terms of Use: https://www.younow.com/policy/en/terms 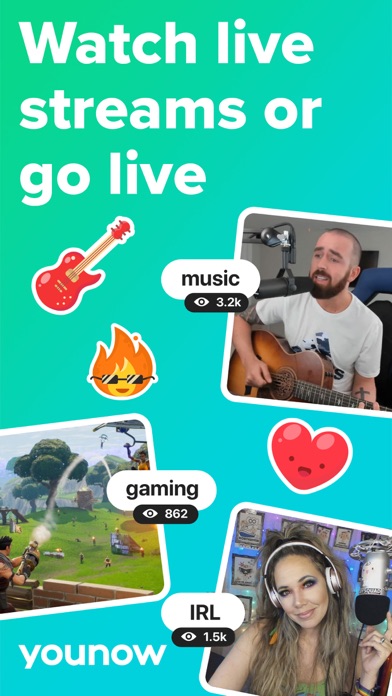 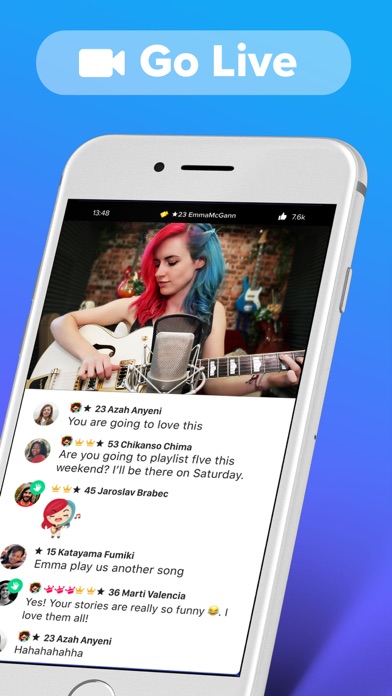 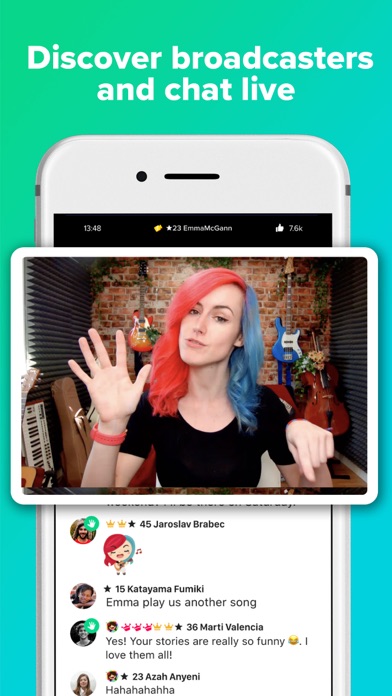 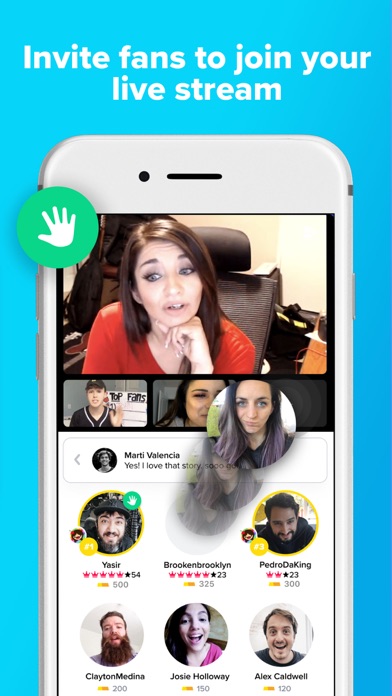 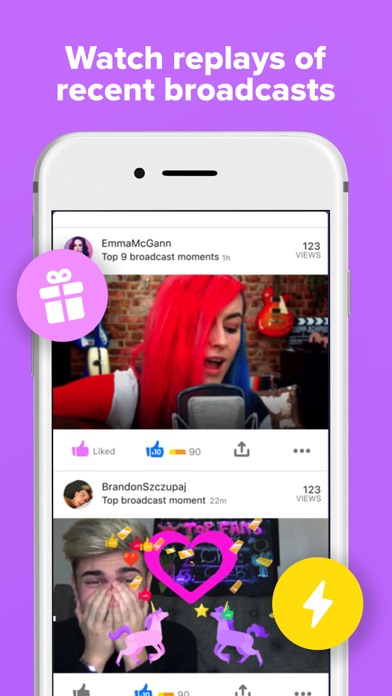 Does anyone know how to uninvert the camera ? For you now .. this wasn’t a problem before But now the camera is inverted
By karenr19

This app is good in general but with lot’s of fake report from people with crowns that make the whole thing looks bad got banned from for something I don’t have control of you can’t control what your guest will say or show.
By grammyys

suspended for no reason

I love this app so much, it’s so fun! I’ve only had it for a day and I’ve fallen in love with it. I have made 3 streams and joined some other people. Good right? Well, today I logged on trying to make a stream. It said I was suspended. “Cannot creat broadcast, unable to create broadcast on YouNow server. You have been suspended. Certain actions are restricted. [133]” I was so confused on what I did wrong, because I did not swear, show or talk violently, I didn’t show any nudity, or anything. I was just having fun and talking with fans. My account was ..luxlux . If you can, please tell me why I was suspended and if I should be unsuspended. I am 14. Thank you for reading.
By thesunglassgirl

Missing parts of the chat

The broadcasts work well but I can’t help to notice virtually every iOS user misses SO MUCH of the live chats. Very buggy. Thought this update would fix that but the app is almost unbearable to use because of that fact. Please fix it.
By MmKnoxx

It’s a good app just has a lot of bugs

Everything about the way the app is set up is fine. The broadcasting is fun and all the things that the app is made for is fun. There’s just so many bugs attached to it that it makes it frustrating to use sometimes. I find that YouNow makes me log in every single time I open the app. It never just stays logged in which is super annoying. As well as I the people I unfollow/follow don’t show up right away in my list and sometimes I lose people I followed because of that glitch. As well as I have to unfollow some people about ten times before it refreshes. As well as some of my fans don’t show up either. There’s just a lot of bugs that need updating I guess. (Written on 09.16.20)!
By snowflakequeen14

This app is cool sometimes

Won’t even let me get fully into the app before it freezes up. Load of bull right here
By SargentLexicon