Infinite Flight offers the most comprehensive flight simulation experience on mobile devices, whether you are a curious novice or a decorated pilot. Explore high definition scenery in regions from around the world with our diverse inventory of detailed aircraft, tailoring each flight by choosing your time of day, weather conditions, and aircraft weight configuration. Features: • Dozens of aircraft in a diverse fleet of airliners, general aviation and military aircraft (subscribe to Infinite Flight Pro to unlock all aircraft) • Multiple regions featuring high definition satellite imagery, accurate topography and all major airports with precise runway and taxiway layouts • Real-world navigation data including airspaces, NAVAIDs, SIDs, STARs, and approaches, furnished by NavBlue (an Airbus Company) • Customizable time of day and weather conditions (real-time or custom) • Realistic atmospherics with the sun, moon, stars, and low-level fog • Autopilot (supports control of all flight parameters, NAV mode to follow your flight plan, and auto land on select aircraft) • Easy-to-use flight planning system with accurate fixes and Navigational Aids • Engine startup and shutdown • Instrument Landing System (ILS) • Advanced replay system • Weight and balance configuration • Aircraft cockpit and door animations, suspension animations, and wing flex, on select aircraft. Subscribe to Infinite Flight Pro for an all-access experience that allows you to fly anywhere in the world with live weather and our entire fleet of aircraft. Join thousands of other pilots and air traffic controllers for the most engaging online flight simulator experience available today! Infinite Flight Pro subscription benefits: • Join thousands of other pilots for a global multiplayer experience • Fly the world with millions of square miles of high definition scenery with access to over 25,000 airports (no region lock-in) • Enjoy all available aircraft • Act as an Air Traffic Controller (minimum experience grade required) • Fly through live weather and winds aloft • Subscription Options: 1 Month, 6 Months, and 12 Months • Payment will be charged to iTunes Account at confirmation of purchase • Subscriptions automatically renew unless auto-renew is turned off at least 24-hours before the end of the current period • Account will be charged for renewal within 24-hours prior to the end of the current period, and identify the cost of the renewal • Subscriptions may be managed by you and auto-renewal may be turned off by going to your user Account Settings after purchase Note: Internet connection (WiFi or Cellular) is required to use Infinite Flight. Privacy Policy and Terms of Service: https://goo.gl/zBteBg 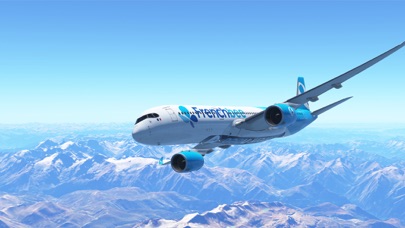 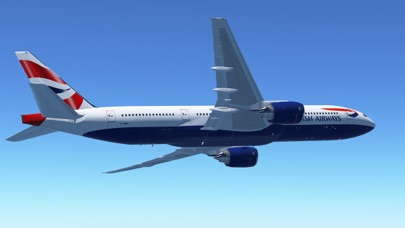 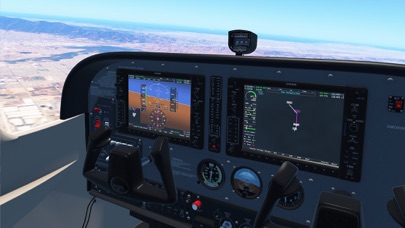 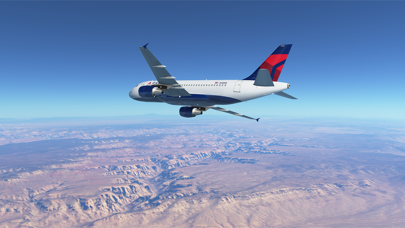 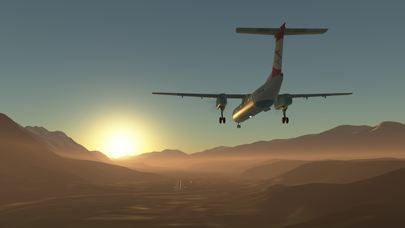 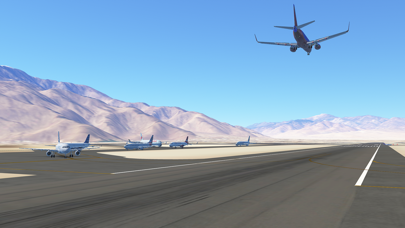 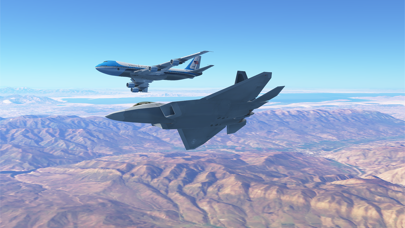 This game is by far one of the most fun games I’ve played ever. Being an aviation enthusiast myself, this game brings me the opportunity to bring reality to the device in my hands. I just had a question about the game and some suggestions to what should be added to the game: Are there going to be more 77W liveries added after the beta testing? When are clouds going to be added? I think there should be: 3D buildings Taxiway lights...brighter/larger runway lights Lights on the planes that can be shone on the ground maybe? More planes like: A330-200 commercial A340-300 A350-1000 747-400F 757-300 757-200F 767-400ER 767F MORE LIVERIES Again, amazing game and I can’t wait to see how it turns out in the future!
By Rowan LeBlanc

Need to pay for everything

I like this game my one problem is that you need to pay to get the game and pay a pro subscription otherwise you still pay real money for the app and play with other players. First you need to pay 0.99 for the app then spend more money I think the apps price is good but you gotta pay for membership. I think you should get some of the features like global flight and more free aircraft and 20% of the updates with new aircraft we can buy. I love to play this game i just don't like the pro subscription. DON’T get me wrong I love this game but the subscription is what kills me sometimes
By plz new featuresin 20.2

DO NOT BUY THIS GAME

Don’t buy this game. It is trash compared to RFS and it does not even have a loading system. Or a 3D gate or airport. DO NOT BUY THIS TRUST ME.
By Theplanemaster

I tried to download this on my Ipad, but it keeps crashing.
By Seth Saguibo

Idk how to control it

Yeah idk anything about how to control the plane or what yoke/stick is but the game sounds fun and I’m gunna try to learn.
By Scythe_kxlled

I’m an aspiring pilot, I absolutely love this game, I obviously wish it was a little more in depth with controls. Such as being able to control the throttle within the aircraft with the actual levers, turn on the plans with the actual buttons/switches, etc etc. Even though this game doesn’t have those control options, I do absolutely love this game 100%. Not really any complaints with the current version. I would like to see a few more airplane manufacturers added though, such as Antonov, or more aircraft from current manufacturers within the game, such as the C-5 Galaxy from Lockheed. Anyway thank you to the crew that created this game, did an amazing job. Thank you.
By Church 117

This sim is as good as it gets on mobile. The developers are great and constantly improving the sim and adding planes! The community is one of the best out there and there are some many events! Awesome Sim!!! 10/10 you should download
By TomTheBomb0723

I love the new 777 and 737 updates in 20.1 but... my 2 favorite airplanes of all time are the 757 and the 767 and they are in dire need of a rework! Please, please, please can you rework the 757 and 767! But I love what you guys did to the 777, so just do it for the 757 and the 767 please! Here are some things that the new 757 and 767 should include: Fully functioning cockpit Tilting gear Opening doors (passenger and cargo) Unique engine sounds (which was great on the 777!) APU WITH Custom SOUND (like 777) Better design shape 757-300 767-400 New liveries Functional interior (with seats) Wing flex Notes: Also consider making actual terminals and jet bridges And emergency slides
By 767 tribute