Mac|Life is the ultimate magazine about all things Apple. Mac|Life is authoritative, ahead of the curve, and endlessly entertaining. And it’s the only Apple information source whose mission, voice, and visual aesthetic harmonize with the design and direction of Apple products themselves. Written for both new and veteran users, Mac|Life provides exclusive, authoritative information and advice for readers who want to get the most out of their Mac, iPhone, iPad, Apple Watch and Apple TV, as well as third-party hardware, software, and services. Join thousands of others and download our free app now! ------------------- Once you’ve downloaded our app, you will need to take a free trial or purchase a single issue or subscription to access our in-depth content. We also publish specials and guides - browse our publications, read what interests you most, and get inspired. Back issues, specials, and future issues are available for purchase within the app. Subscriptions are available on various monthly and annual terms, and auto-renew until you decide to cancel it. Check inside the app for current pricing. *** Please Note: Our digital edition is not printable and does not include the covermount items or supplements you would find with the print edition *** • The free trial offer is only available to new subscribers. If you have previously subscribed then payment will be taken immediately. • You can cancel at any time during the free trial period and you will not be charged. Simply turn off auto-renew in your Apple account subscriptions page at least 24 hours before the auto-renew is due. • Payment will be charged to your iTunes Account at confirmation of purchase. • Your subscription automatically renews unless auto-renew is turned off at least 24 hours before the end of the current subscription period. • You will be charged for renewal within 24 hours prior to the end of the current period, for the same duration and at the current subscription rate for that product. • You can manage your subscriptions and turn off auto-renewal by going to your Account Settings after purchase . • No cancellation of the current subscription is allowed during active subscription period. This does not affect your statutory rights. • Any unused portion of a free trial period, if offered, will be forfeited when you purchase a subscription. • We will be collecting information about your use of the app both when you are online and offline. To find out more please see our privacy policy. The subscription will include the current issue if you don't already own it and subsequently published future issues for the duration of your subscription period. ------------------- By purchasing a subscription or downloading an app you agree that you have read and accept Future Publishing Ltd's Privacy Policy and Terms of Use: www.futureplc.com/privacy-policy/ www.futureplc.com/terms-conditions/ 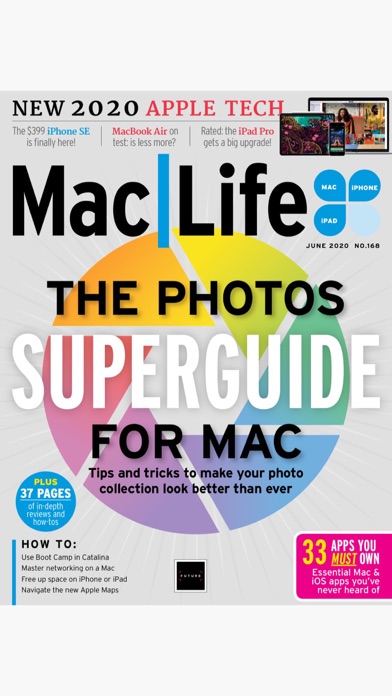 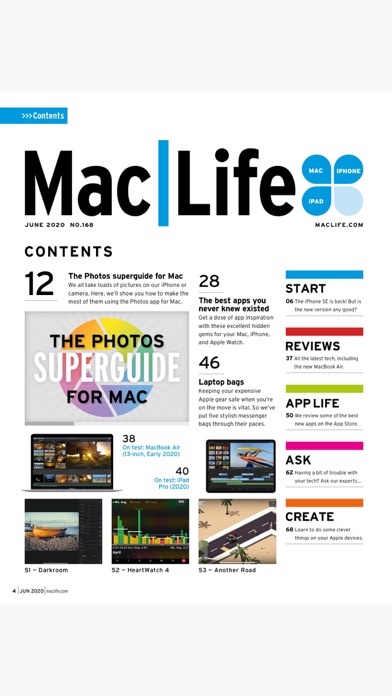 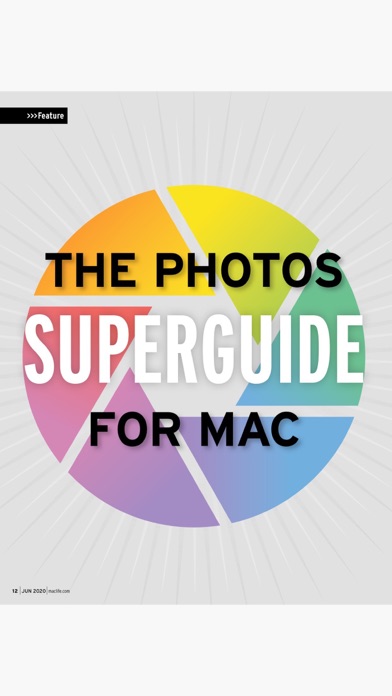 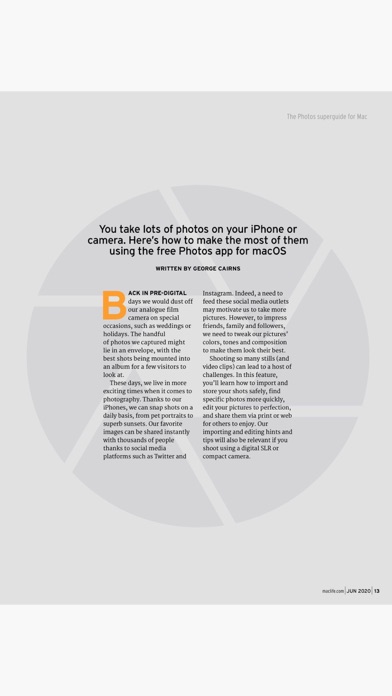 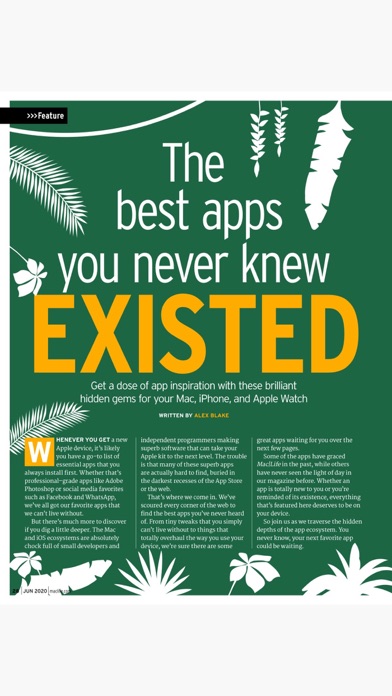 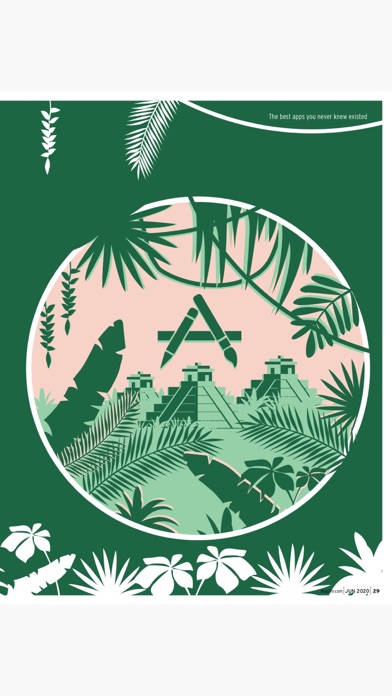 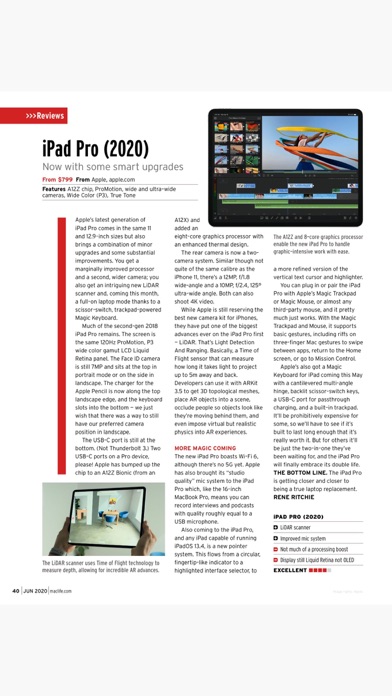 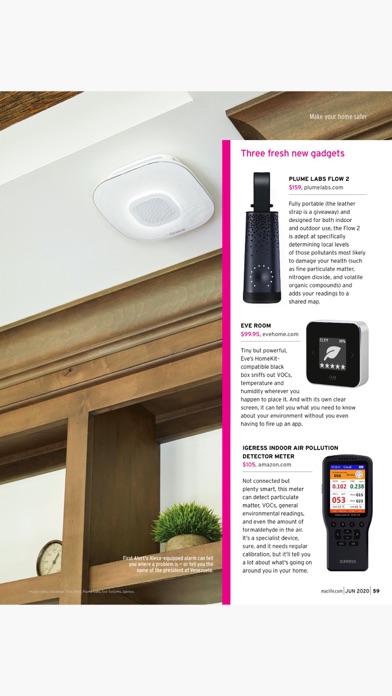 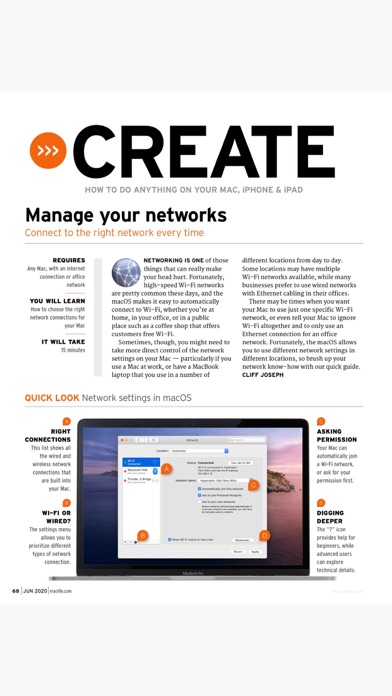 MacLife is permanently locked in portrait mode when you read individual issues. This is by design and, of course, makes NO SENSE. (Every other iPad magazine subscription I have rotates to both landscape and portrait modes.). It’s as if the MacLife app creators have never actually used an iPad. Lately, the app has been failing to open for days at a time. And when it finally does, it has a large black border around it and a much smaller image - sort of like a letterboxed image. This is not a problem with my iPad as the MacLife app is the only one that exhibits this issue. Content-wise, maybe 1 out of every 10 articles had something useful. Everything else was pretty basic. So after subscribing for 6 months, I have canceled my subscription. If I could give ZERO stars, I would. In my opinion, this app is not worth the money.
By JP May 2012

The most recent update of this app only displays small and doesn’t use the entire screen like previous versions of this app. I hope this is corrected in the next version of this app.
By technetman

Updated 6.6 app is now broken. No landscape mode, can not auto or manual archive issues, view about 70% of screen. Forced to use apple news plus, so most of the advanced features and automation is lost. It’s possible ill not renew my subscription and stick only with the news + version till this is fixed.
By David Alan 99

That’s great, I update to version 6.6 the screen resolution is such that it’s about 70% of the screen if I could roll back to version 5.5 I would
By Koc133

Every time I access the iTunes app, it tries to charge me for a new issue even though I have an active subscription and have had for several years. I have to go into “help” and “restore purchases” each time. Even then some downloads remain “queued”
By Duke's Dad

It gives me all the info I need. All Mac users should have it
By billford142

NO printing of an article

I like your content and that I can read it on line. Do not like that I cannot print an article from time to time and that it is not accessible from my iMac.
By ariniello

Needs an update! The app won’t currently download subscriptions purchased through items. As of my last renewal the subscription is a waste of money, as I can’t read the magazine I’m paying for.
By Mikeferris898

App screen shot doesn’t fit the screen properly(is shifted to the right, partially off screen), have to scroll to to right to see the whole page and would be nice to have landscape mode as well.
By janzR