Buy. Sell. Simple. • The biggest mobile marketplace for local buyers and sellers. • List an item using your phone or tablet in as little as 30 seconds. • Know who you’re dealing with through reputation and safety features. • Browse local items with thousands of new postings daily. • Message buyers and sellers securely from within the app. • Build a reputation with your unique seller profile page. • Browse items by image and sort by category or location. • Join millions of people using OfferUp across the country. OfferUp is the easiest way to buy and sell locally. "I have found several items at a great price on OfferUp, saving me tons of money" -Elaine "We offered up 3 items in minutes and sold them within 48 hours. Doesn't get much easier than that!" - Summer "I made $1,000 by offering up my daughter's unused items on OfferUp" - Claudia If you subscribe to Promote Plus (1 month) via iTunes: Payment will be charged to iTunes Account at confirmation of purchase. Subscription automatically renews for $19.99 unless auto-renew is turned off 24 hours before the end of the current period. Account will be charged for renewal within 24 hours prior to the end of the current period at the rate of Promote Plus. Subscription and auto-renewal may be managed by going to Account Settings after purchase. Any unused portion of a free trial period, if offered, will be forfeited when the user purchases a subscription, where applicable. Terms: https://offerup.com/terms/ Privacy Policy: https://offerup.com/privacy/ 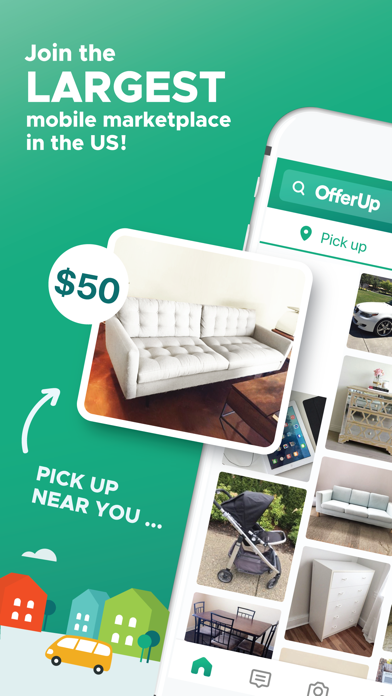 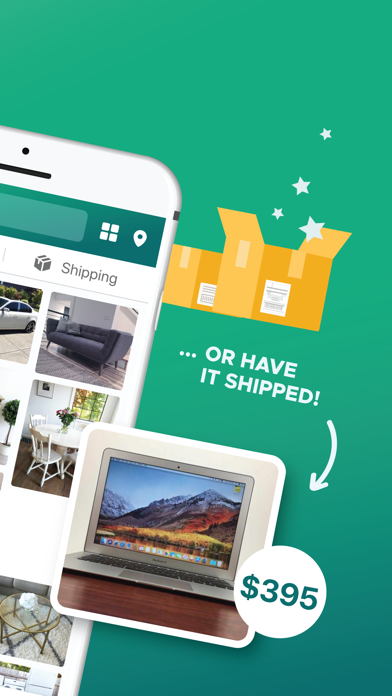 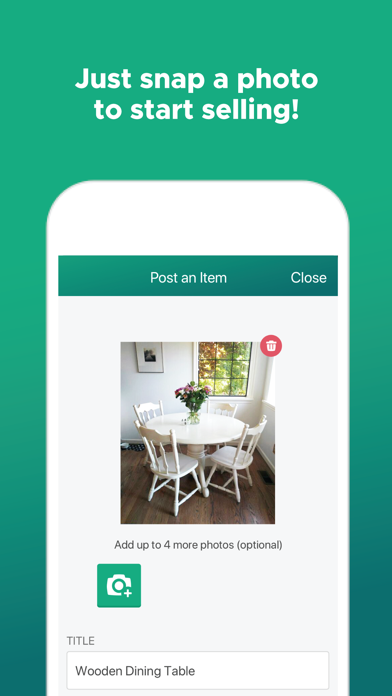 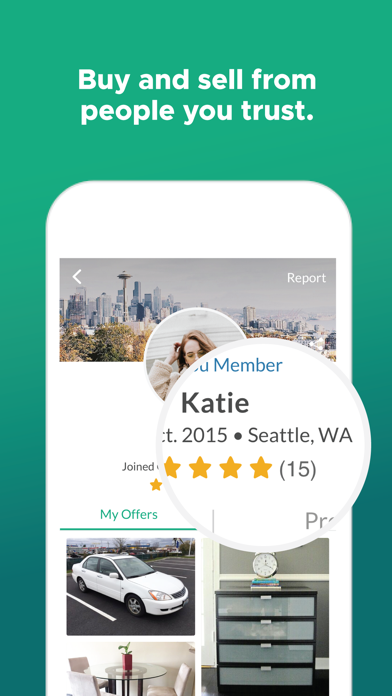 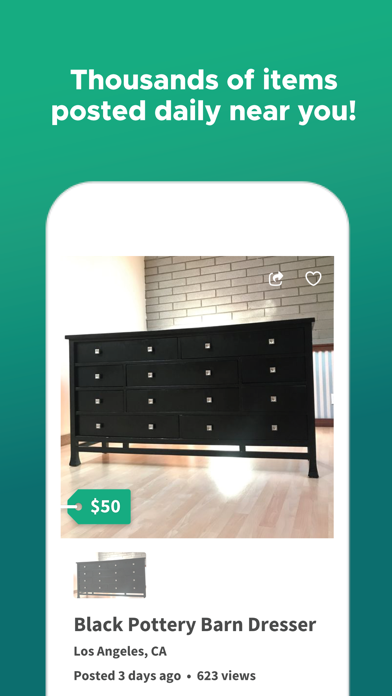 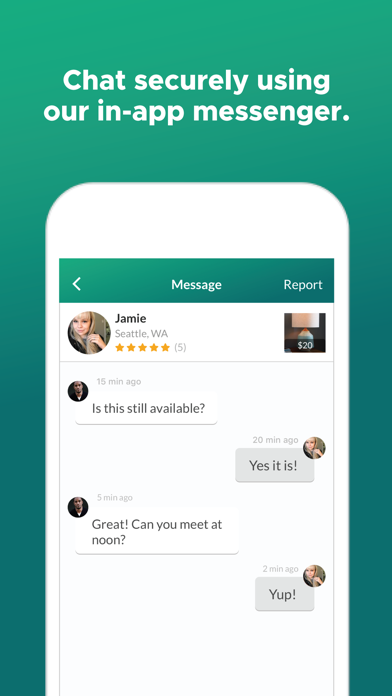 Took my money and bailed.

OfferUp used to be a decent app but after I subscribed to their service and paid a whole $20 I am unable to login, post anything, and all of my listings have been deleted. Plus, they have THE ABSOLUTE WORST CUSTOMER SUPPORT IN EXISTENCE. I have been unable to reach anyone to help with my issue and essentially they took my money and bailed. I am not the only one with this issue and so many others are complaining. It is a miracle they have such good reviews for the app right now. Completely unfounded 5 star rated app. Don’t trust these people until they fix this issue and give me a refund.
By ColeZawesome

I like the fact that you can deal direct online with the person inquiring about the product safely yet personally and I had good service and good feedback . Thanks
By CurryAbc

Paul was very sweet
By teeanakeo

Simple things could make it a million times better

I’ve been a member of offer up for quite some time mostly for car purposes and I just wish they would do something about all the scams and bots that are on the cars and trucks section. So many “people” will post the same car with pictures they found on google and say to email them and no matter how many times it gets reported nothing happens. Another thing they could fix is making a separate section for dealers posting that the car is only $1000 and then when you ask they say it’s the down payment. Why can’t I have a section just for private party sellers and deal with them directly instead of the scammers?
By Carliito440

It’s definitely the best, and I can see what’s for sell around my area, and over the country.
By LilDickTrans66

Wow so I used to use offerup all the time only to make purchases , rarely I would sell something here . Recently I notice that my account got banned ! Reason I have no idea why ! I went online trying to see other people’s reviews and same thing happen to tons of users without any reason accounts have been banned !! And I see a lot of people who should be banned still in offerup ! WTH! It’s going on !! I have been trying to contact them and no response nothing ! Not even a reason why I got ghost banned ! This is unacceptable! Been having this app for quite some time now and lot of the policies have change for the worse !
By Mgmgirly

used to be good but now it’s not

i have made plenty of sales on offer up, from furniture to shoes to games. never had a problem until recently. i tried posting some shoes but kept deleting my posts even though i was following the guidelines. offerup has now blocked my account from posting and sending messages for no reason. had to make a new account to post my stuff because this is part of a way i make money and it still is not letting me. if the developers can get back to me discuss about the problem that’d be better. overall experience 2/5
By joshuaalv

Finding items on OfferUp is easy. The only problem is some items have been there for a year and the owners don’t respond when contacted. Should there be a limit for how long a listing can stay on before it is re-listed? Maybe a good idea. Will continue to use the app.
By Dronekid