Fullmetal Battle: You are the Alchemist. Prepare to enter the world of Fullmetal Alchemist: Brotherhood! This is Fullmetal Battle, the only game that lets you lead your own team of State Alchemists into combat. Train alongside Edward and Alphonse Elric, while taking commands from Roy Mustang. Gain the tactical advantage over your opponents by collecting weapons, new types of Alchemy, special attacks – and even the coveted Philosopher’s Stone! Perfect your strategy and enter the battlefield to take on players from across the country. Your powers as an Alchemist grow stronger with each victory, and in-app purchases enable amazing new abilities. It’s time to enter the fray – When you play Fullmetal Battle, you are the Alchemist! Fullmetal Battle is a turn-based RPG Trading Card Game inspired by the rich characters and storyline of Fullmetal Alchemist: Brotherhood. More about Fullmetal Battle: • Strategic turn-based RPG • Guided by Roy Mustang as he provides helpful tips and advice • Easy to pick up but game increases difficulty as your army progresses • Form a team of three alchemists as your own personal army and battle your friends online • 91 digital cards available to collect and equip your alchemists for battle, each card has 3 individual levels of rarity • Choose from 7 distinct alchemy power types with each type having multiple unique actions • Enhance your characters with weapons and items including rare forms of the philosophers stones • Your weapons and powers grow with you as you compete! • Each time you win a battle you earn experience and that experience can be applied to your alchemists and their powers • Enter the global arena and be automatically matched to players at a similar skill level • Equip and configure multiple armies to have available at your beck and call • Use earned currency from winning battles to temporarily enhance your Alchemists and their powers for future combat. • New cards available for purchase from the in game store. Never has it been so easy to battle your friends within the Fullmetal Alchemist: Brotherhood universe!!! 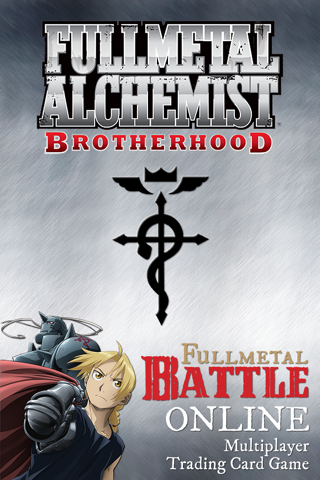 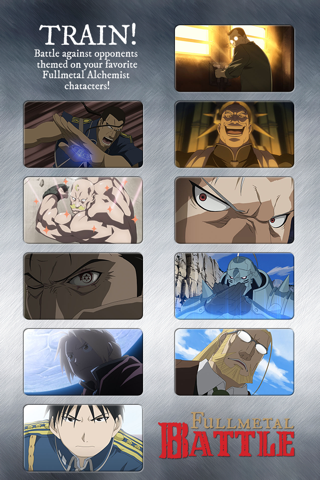 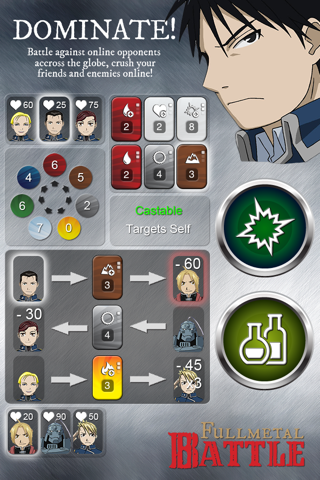 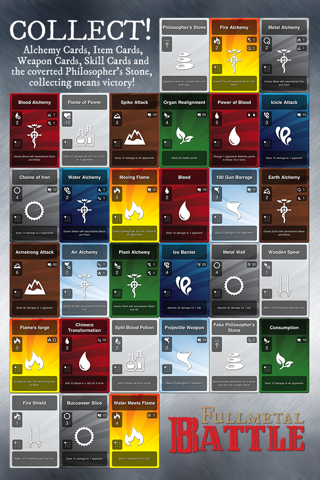 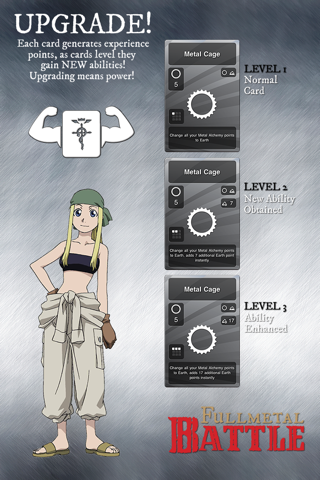 I was so excited when I discovered this app on the app store! I noticed that it hasn't been updated in almost 5 years, but I was going to give it a try anyway. So far, I've opened the app, and it just will not go past the screen that says "Connecting to server" It's pretty disappointing... Funimation really needs to make an update for iOS 9..
By So very sad 😥😥😥

Scrolling though the App Store when, Hey! A FMAB game is here! This is gonna be so cool! I downloaded it, but all it did was give me a "connecting to server" screen and that was it. Disappointed, I deleted the app. It probably didn't work because the thing hasn't been updated since 2012. I bet it's a really cool game though.
By FMAniac (haha get it? haha)

I go to open the app and it just says "connecting to server" and never actually loads.
By Tiny-Tot!!

I can't even open the game! I want to play it so bad but it won't work I've waited and tried to re-install it but it doesn't work all it says is that it's connecting to the server and it keeps loading!! Fix this and I'll rate it five stars!
By Froggy171262

You can't even play the game . Don't even bother downloading it.
By Kamen wolfchikd

I have been waiting for this app to come out but every time I try to enter it won't connect to a server. Yes I am on wifi and it has 3 bars one time (right before I went to bed) I opened it and hoped in the morning it would be open after about 10 hours it still didn't open JUST A WARNING
By Hoax horrible

I hate giving this one star, but I can't even get into the game! Im a huge FMA fan (more like obsesser) and from the reviews and description, this sounds like a fun game! But the last update was about 3 years ago! This had been abandoned, and NEEDS to be updated.
By Kittykat1618

When are you going to fix the server
By Damonfiresoul