Twitch is where thousands of communities come together for our favorite streamers, for the games we love, for the lulz, for each other, for whatever. Download Twitch and join millions enjoying live games, music, sports, esports, podcasts, cooking shows, IRL streams, and whatever else crosses our community’s wonderfully absurd minds. We’ll see you in chat. Here’s a convenient list of other awesome things about Twitch: Everyone is “about” community. We actually are one: Whatever you nerd out about, you can find your people on Twitch. Give support, get support: Find new streamers and subscribe to your favorites. Plus, unlock exclusive perks for your support. Start your own channel: The Twitch app is one of the easiest ways to start streaming. Just create an account, go live directly from the app, and bring people together around whatever you’re passionate about. You never know what you’ll find: Popular games are always live, but so are music festivals, rocket launches, street tours of Tokyo, and goat yoga. Yes, really. Dark mode: Y’all love this one. Black and purple have never looked this good together. Twitch's Terms of Service are available at https://www.twitch.tv/p/legal/terms-of-service/ For feedback and assistance, please visit our Support Center: https://help.twitch.tv Please note: This app features Nielsen’s proprietary measurement software which contributes to market research, like Nielsen’s TV Ratings. Please see http://priv-policy.imrworldwide.com/priv/mobile/us/en/optout.html for more information 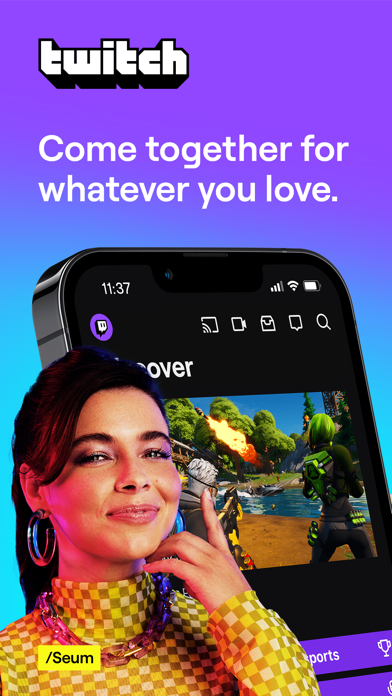 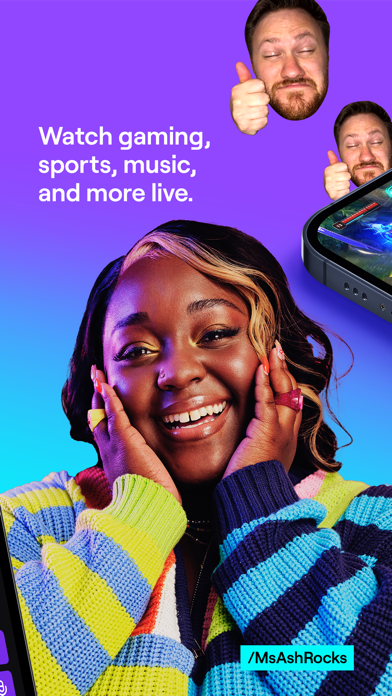 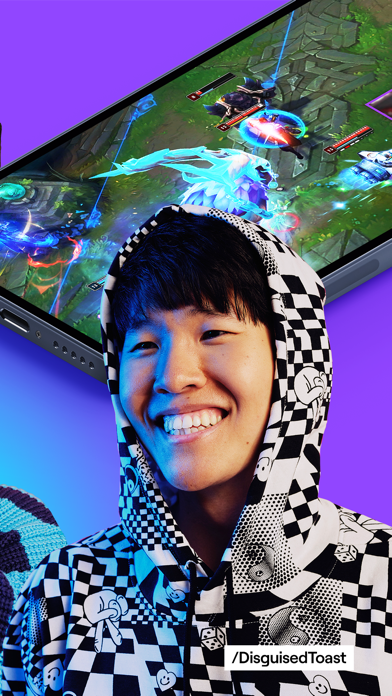 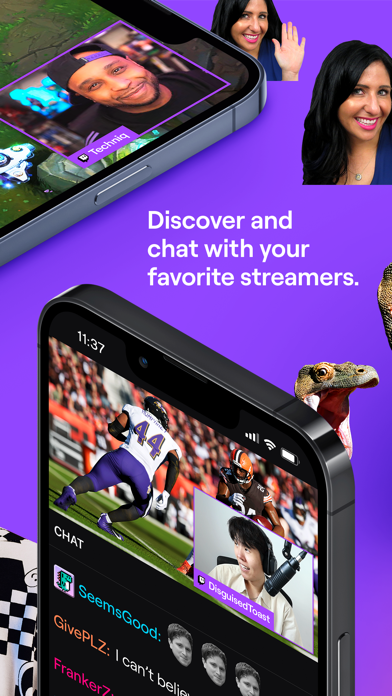 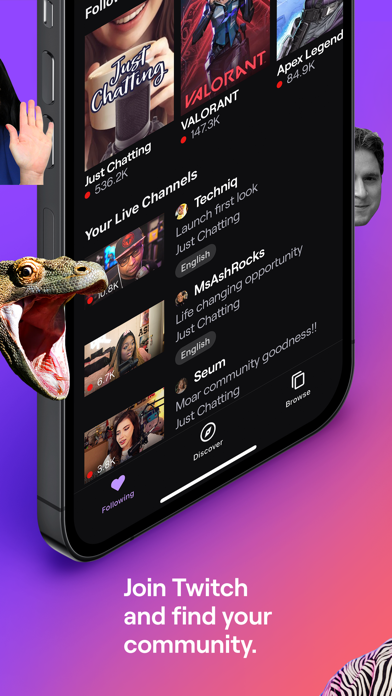 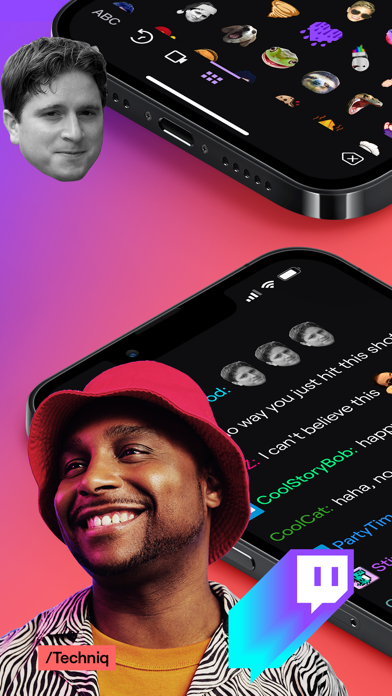 I use it to get free treasure and DYI. We can go to the treasure island, DYI& items, furniture island, cloths island and 2.0. It’s really fun .
By Twylytestar

I love Twitch and watching my streams on here, but man is this app hot trash. You can minimize stream during ads but can’t full screen until after. Notifications are a joke, and pop out randomly in the middle of screen while using the app. Trying to chat with the new Guest Star feature is non existent and just freezes the whole thing. Streams will randomly just stop playing video and audio while minimized. Black screen will show, while the stream is still playing. Chat will just refuse to refresh or update even with app restart. Twitch needs to fix this hot garbage of an app, it’s disappointing.
By #Cookie

I was hoping the newest update would fix the problem of draining my phone’s battery but nope. I can feel my phone getting warm just from running Twitch. I would not recommend using this app until they fix the problem. I noticed it starting to drain the battery two or three versions ago so not sure what they did.
By Wheresmabelt

One of most crazy forced ads I’ve seen, cable tv don’t run as many ads than twitch does. You guys really think I’m gonna watch 6 ads at 30 seconds each for a streamer I just started watching it’s insane. I don’t care about supporting streamers with this ad service.
By iboov

Things you NEED to fix: 1. Remove ADs on VODs. There is no point to have ADs on VODs, it’s annoying and extremely disruptive. Remove them. 2. Give us a skip button for ADs. Not a hard request. Do you seriously want to be worse than YouTube? 3. Fix the player. It keeps freezing and lagging SO BAD. FIX. IT. Mobile users are so behind than other users it’s always unfair and not fun to watch… 4. Fix Picture in Picture mode. Whenever stream is in PiP it ALWAYS freezes, buffers, and pauses. LIVEstreams are supposed to be, I don’t know, LIVE. FIX. IT. People have been complaining about this, you should actually listen to your catt—viewers. Once each problem is fixed, I’ll be adding a star. And I won’t be updating the app until these fixes are addressed in the patch notes. It’s seriously not that hard…
By AquariusBat

Couldn’t see video, but could hear the music!
By AggrevatedAgain

Thank God I was allowed a review

To start with Twitch, I made a “squad” and it still plays my stupid stream I made weeks ago. Even though all my friends have steamed, it does t play them. It only plays my single stream months ago. Also, the Apple Store has taken away reviews that mainly lead toward one star. It wouldn’t allow me past 1 star reviews but let’s allow all the good reviews.
By Leahbb2

Not even watchable most of the time
By Jman1919

The app is just trash

After reviewing your apps, they were multiple bugs ads in different type of people bullying
By hxbdbdbxbxbdhdfbf