Three-time Caldecott Honoree Mo Willems brings the Pigeon to the digital screen with this original, feature-rich, animated app. “Don’t Let the Pigeon Run This App!” lets you create your own Pigeon stories with your pal, Mo Willems. Just follow as the Bus Driver asks you for your ideas—then shake the Pigeon. Your story is ready! Sit back and enjoy the show. Once you’re finished, try it again…and again. You can make as many silly stories as you want. This fully animated app includes hilarious shake-and-play technology, customized voice integration, and other exciting interactive features. Plus, you can draw the Pigeon with Mo! COOL FEATURES Starring appearance by the Pigeon, voiced by Mo Willems! Also starring YOU! Record your own voice as part of the story. Pigeon-drawing tutorial with Mo! Personalized vault for six of your favorite Big Pigeon stories! EVEN MORE COOL FEATURES! Three unique storytelling modes! Read-along option! Shake-and-tap interactivity! Pigeon-y sound effects and music! Note: If you have a second- or third-generation iPod Touch, be sure to use earphones with a built-in microphone (like the ones that came with your device) to enjoy all the great features of this app! Before you download this experience, please consider that this app contains advertising for The Walt Disney Family of Companies. https://disneyprivacycenter.com https://disneytermsofuse.com 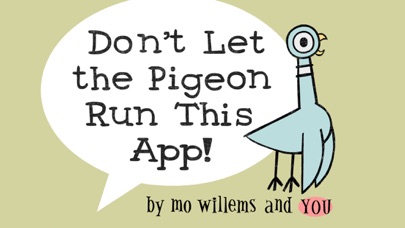 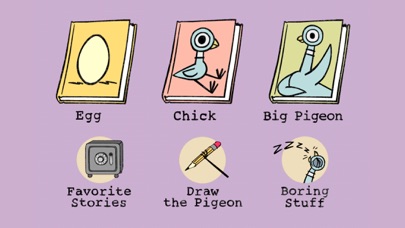 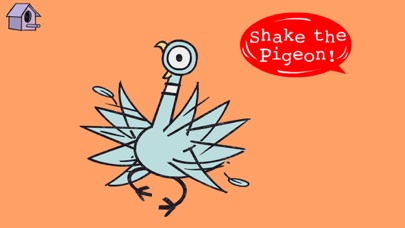 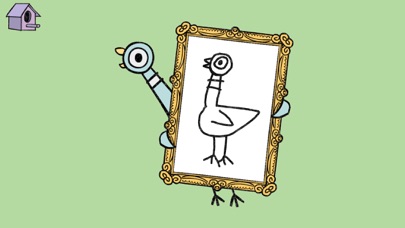 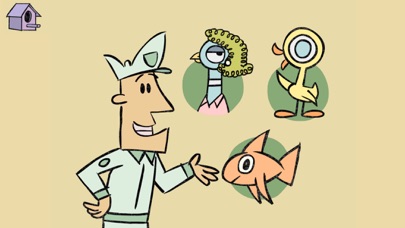 It’s a nice game but...... I think it needs a skip button to the bus driver! Thanks
By hrutyrueheikehdhfb

I Loved this app

I’m so excited to be playing this game its so fun and thanks for it mo Willemstad this was a blast to play and thank you for it.
By Ninjasdontplay

To every Karen out there that has a problem

To every Karen out there that has a problem, don’t just 1-star. Get help from me. In this review, I will cover two common problems with this app. If the microphone doesn’t work and/or the bus driver can’t hear you, reinstall the app and allow microphone permissions in Settings -> Don’t Let The Pigeon Run This App! and turn on Microphone. If the bus driver still can’t hear you, get closer to any of the speaker grills on the device or use EarPods that have a built-in microphone. If the app doesn’t start, your iPad has insufficient CPU or RAM power to run the app. Get another iPad with at least 1 gigabyte of RAM (for example, iPad Air 1 or newer, or iPad Mini 3 or newer) and with iOS 9.3 or later from somewhere and the problem is fixed. There. Now everybody gets to respect the drip. Also, if this review helped, make sure to rate this as helpful! ;)
By - EthanclineW -

I love the app me and my brother do this all day and there’s one thing I do not like I wish it was not just don’t let the pigeon I wish it was also like the pigeon has to... but the rest is awesome 😎
By HooptyDoop

This app is my fav!!! and the books are also good, too. when i got this app, i was like “OMG OMG OMG!!!”. when i got it, i went STRAIGHT to big pigeon and made my 1st story. i laughed so hard!!! then i drew the pigeon and i did a great job doing it. that’s all i could say.
By teriridaishoni!!

No longer supported by Disney

This app is no longer supported and much of the functions won’t work on newer devices especially the iPhone iPad etc. it’s a little pricey for some thing that doesn’t do much!
By andramida

This app does not record. It will ask my daughter to say something like what is your favorite snack.. and it would not recognize that she was saying something. This app was not expensive but for a $5 app, you would think it would run properly. I have downloaded it several times. Uninstalling several times and still doesn’t work. I am disappointed because my daughter had almost read every book from the Pigeon series.
By KayMistique

So my daughter wanted this app because she read her first “The pigeon has to go to school” and she loved it. Then we saw at the back that you can read more books and even download an app, so I downloaded an app because my little one wants to try it. But it DOESN'T WORK. I payed 5.99 for this app? Your kidding me???
By Ranishia

This is so fun

I love this app when I got an iPad it was not there. So I like it I soooooooooo much
By Edrik4