A simple yet powerful weather radar app that combines science with simplicity for viewing real-time animated weather radar images in vivid color on a highly responsive interactive map. Now supporting iOS 14 homescreen widgets! Weather Hi-Definition Radar provides stunning precipitation detail. See freezing rain (pink) areas of radar so you know where hazardous road conditions are likely. Features include: • Install and go, no complex setup. • Select transparency of radar imagery for your preference. • Sharp weather radar imagery even on retina displays that show the latest radar images within minutes. • Show the weather map full-screen on your device and hide the app buttons for a fantastic full-screen map view of radar activity. Looks especially great on iPad! • Tap and hold on the map to check current weather conditions and forecasts (for U.S. locations, and some non-U.S. locations where available). • Show your GPS position, direction of travel and elevation on the map when enabled. • Bookmark multiple locations for fast and easy access to weather forecasts and lightning alerts of your favorite places. • Current road conditions, hourly and five-day forecasts alongside detailed weather information for all your locations, including pressure readings for all your locations. Show Weather Layers on the map so you can see past weather imagery (for U.S. locations, and some non-U.S. locations where available): • Radar Map • Clouds Map • Clouds & Radar Map • Temperature Map • Water Temp Map • Wind Speed Map • Snow Fall Map • Road Weather Map Show Severe Weather Overlays and alerts on the map so you can see severe weather warning boxes where dangerous weather is happening (U.S. locations only): • Tap alert boxes on the map to view info • Tornadoes and Thunderstorm watches and warnings • Flood watches and warnings • Hurricane and Tropical Storm forecast tracks • Hurricane and Tropical Storm watches and warnings • Storm Tracks showing direction of storm in the next few minutes • Winter storm watches and warnings • Marine and coastal alerts • Earthquakes • View Lightning strikes on the map (no additional purchase necessary) Enhance your app with two optional auto-renewing monthly subscriptions: • Buy Storm Watch to unlock these 6 features: 1) Future Radar: See predicted radar imagery for the next few hours. 2) Future Clouds: See predicted cloud imagery for the next few hours. 3) Future Clouds & Radar together: See predicted clouds and radar imagery together for the next few hours. 4) Future Temperatures Map: See predicted future temperatures map. 5) Future Water Temps Map: See predicted future water temperatures map. 6) Future Wind Speeds Map: See predicted future wind speeds map. • Buy Lightning Notifications to unlock this premium feature: 1) Be notified when lightning strikes nearby. 2) Get a push notification whenever lightning strikes near your Saved Locations - up to 10 miles away. Please Note: • Current Location is not supported by Lightning Notifications, at this time. • Payment will be charged to your iTunes Account at confirmation of purchase. • Subscription automatically renews unless auto-renew is turned off at least 24-hours before the end of the current period. • Account will be charged for renewal within 24-hours prior to the end of the current period, and identify the cost of the renewal. • Subscriptions may be managed by the user and auto-renewal may be turned off by going to the user's Account Settings after purchase. • No cancellation of the current subscription is allowed during the active subscription period. • Privacy Policy: http://www.weathersphere.com/privacy • Terms of Use: http://www.weathersphere.com/terms • Any unused portion of a free trial period, if offered, will be forfeited when the user purchases a subscription to that publication, where applicable. Note: Continued use of GPS running in the background can dramatically decrease battery life. 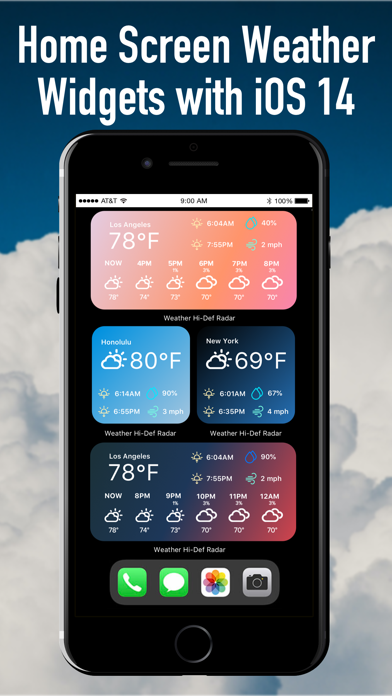 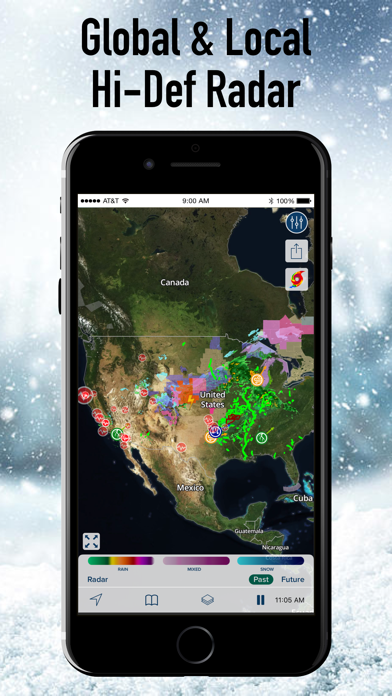 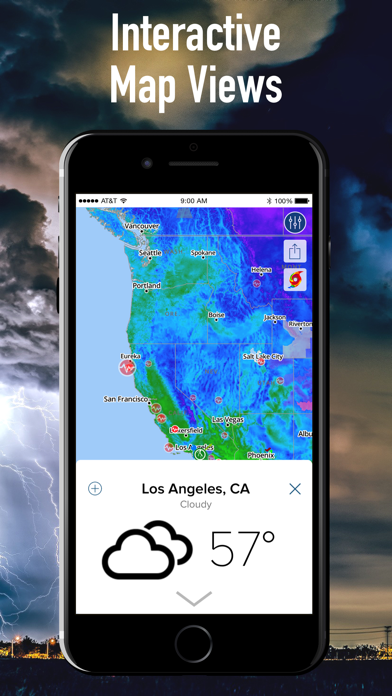 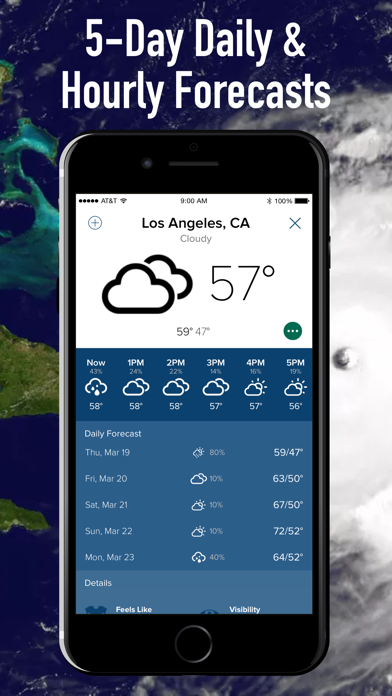 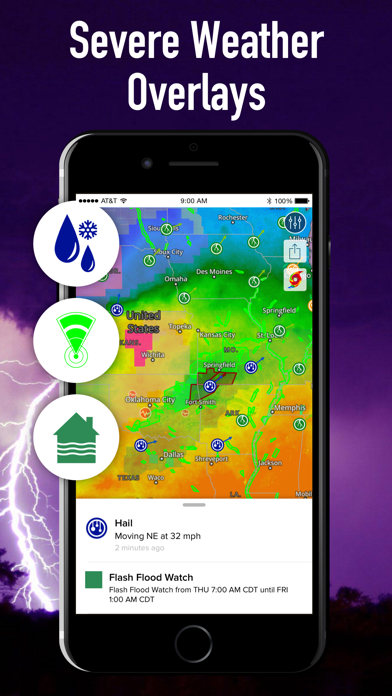 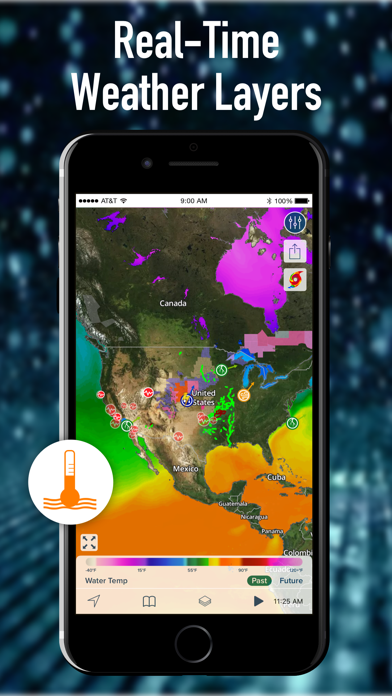 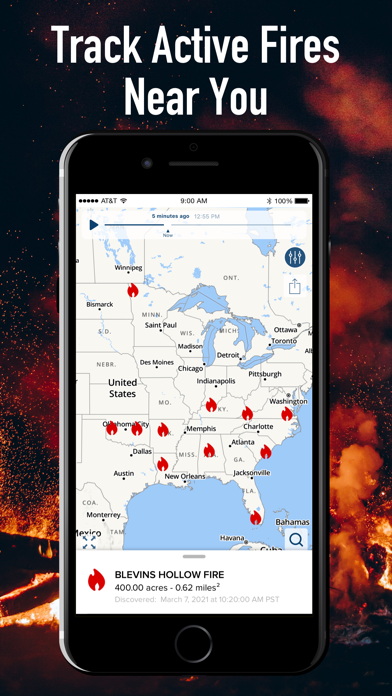 If they’d at least give us a REFUND for what we paid since this junk is now free they could at least get some decent parting reviews.I’ve written reviews, comparisons to the original PAID APP and also made suggestions for improvements numerous times and they all disappear or get blocked as inappropriate. I guess that’s how they rig the numbers so it appears like bunches of people like it when quite the opposite is true! I paid for the app back when it WAS good but now it’s just too ridiculous to tolerate... there’s way too many seriously GOOD WX apps out there to tolerate this type of amateur extortion. Do yourself a favor and don’t download it to start with. If you’re one of the many many users that paid money back when it WAS a good app then cut your losses and delete it before this piece of junk gives you an ulcer as you watch these people constantly remove functionality then “offer” it to you if you’ll pay for it. Really people? Apparently the new authors are in elementary school and this app is a social study project on how gullible smart phone users have become! G-bye... loosers
By Dhvndieh12376

This is the best application for whether there are other good ones but this one is very very graphic and accurate!
By kentuckyCraig

Is there a good reason why this is a completely useless app? It not only stinks, but it keeps finding new ways to get worse……. Can someone suggest a working radar app????Please
By Cybersco

Only gives me past forecasts.

This app is not reliable when I more need it. For example planing to travel today Thursday November 4 the app only shows forecast for a day before that is Wednesday November 3. I badly need this issue to be resolve because I rely on this application plan my travel. Thanks for your support.
By ILICA-MX

I use the weather radar app all the time. I used it in North Carolina last month when a flash flood hit the area I was camping in. I could see well in advance a possible flood could develop. This gave me enough time to move out of the area to safety. This app used properly gives accurate information so you can make good decisions
By charlir r

Some years ago I paid paid for a lifetime membership which would entitle me to all the premium features. Now they want me to pay and additional $40 a year for the same features, with only a slight upgrade. I just hate it when people and companies don’t honor their commitments. It’s like purchasing a new car for cash and finding out years later that you have to pay more each year to continue using the AC and head lights, but they’ll throw in some new floor mats to sweeten the deal! I use this app strictly for the radar, which is clear and accurate. However, I’m finding that other full service weather apps now have radar that is just as good. The weather forecasts and associated data are rarely accurate, so I stick to the radar map. Used to be a five star app.
By IbuSaja

Check it a lot; loads quickly, accurate and easy to use.
By PZOPKS

After i update this app ( paid ) is nothing to change same thing . Waste my money
By Xedap20012