Champions aren't born. They're made!! A Smash Hit with over 10 Million Downloads. – GIZMODO: "Game looks fun as hell."   – iPHONEAPPREVIEW: "Real Steel is a solid winner." Based on the Dreamworks movie, starring Hugh Jackman, the gritty action of Real Steel takes place in a secret world where boxing has gone high-tech in the not-so-distant future. Players lead their robot to greatness, fighting off steel opponents weighing over 2,000 pounds and reaching up to 8 feet tall. Real Steel features rich gameplay and high replay value including new Tournament and Survival Modes. Choose your fighter from a selection of 65 Robots! Including Movie Champions - Atom & Zeus! Choose from Tag Team, Challenges, Tournament, Survival & Free Sparring to fight! Unlock 10 Special Edition Robots for completing Each Game Mode! New Tag Team Mode - 3 vs 3! Build Customized Robots with your very own Build Your Own Robot [BYOR] Feature! Multiple Battle Arena Environments iCLOUD SUPPORT-Sync your game progress across multiple Apple devices through iCloud! Be the first to know! Get inside Reliance Games info on great deals, plus the latest game updates, tips & more… VISIT US: reliancegames.com FOLLOW US: twitter.com/reliancegames LIKE US: facebook.com/realsteelmobile WATCH US: youtube.com/reliancegames Check out more exciting games from Reliance Games like After Earth, Total Recall, Electric City and more! For optimal performance, we recommend closing other applications and re-booting your device after downloading and starting your first boxing bout. 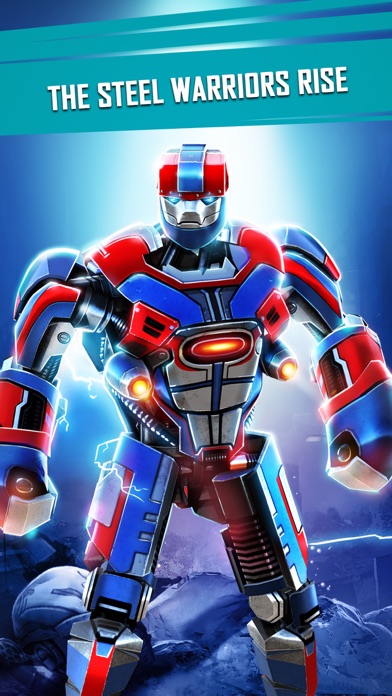 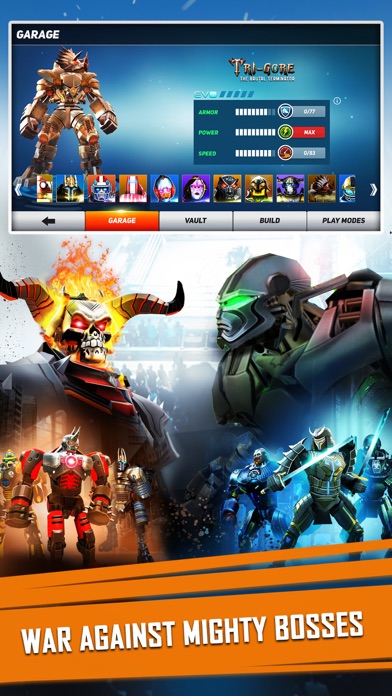 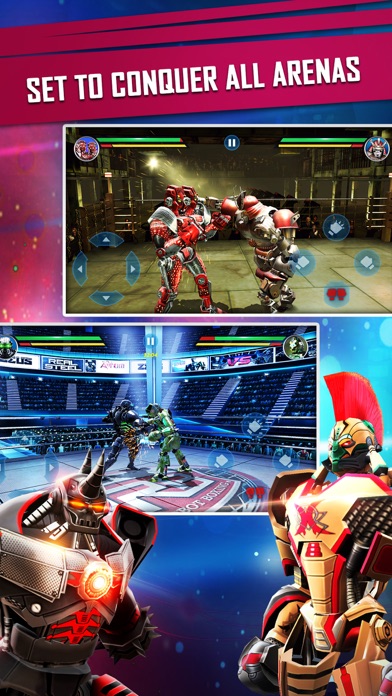 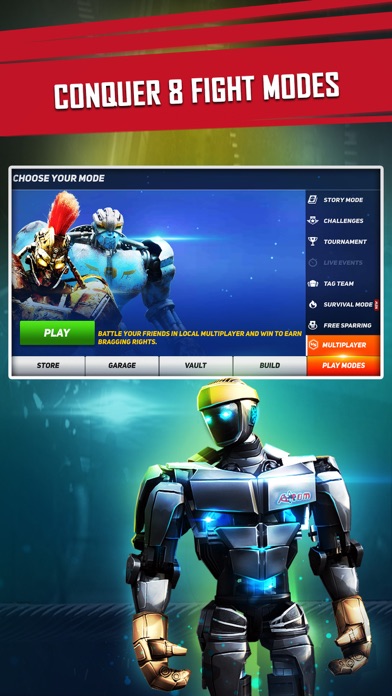 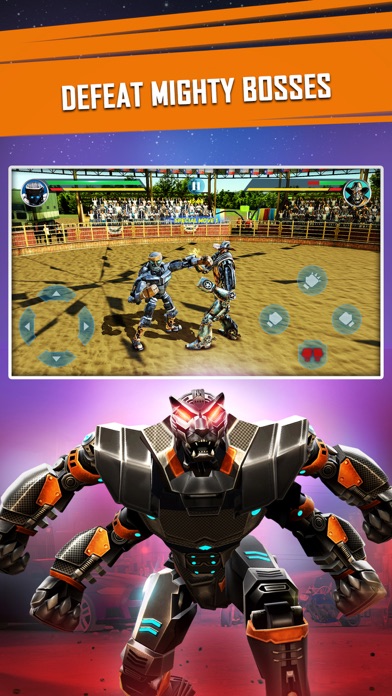 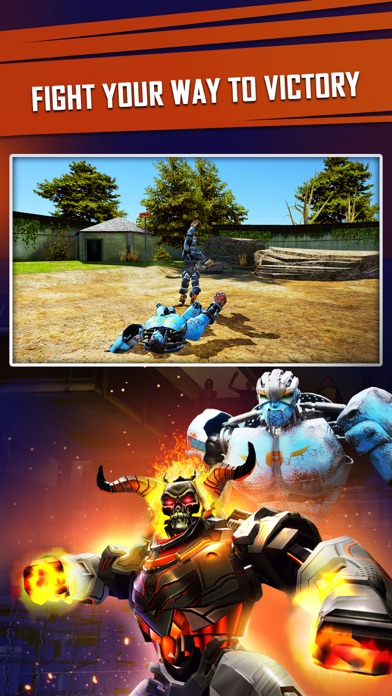 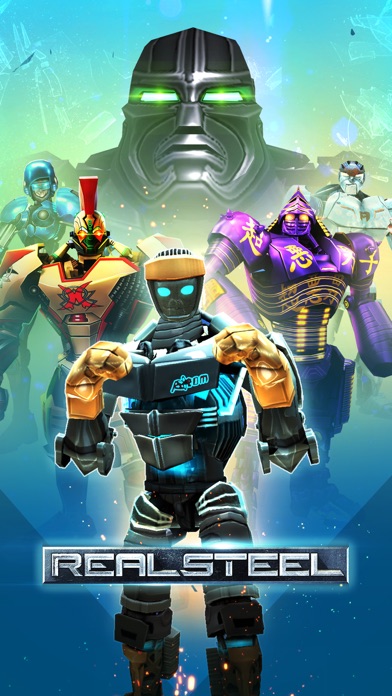 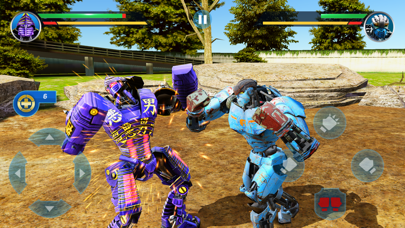 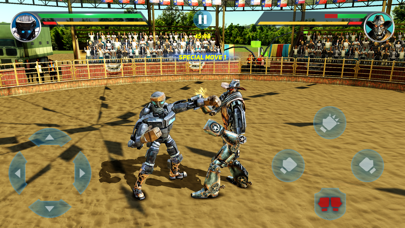 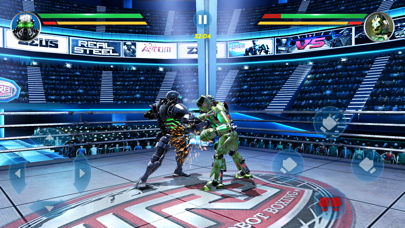 This game for sure has the best graphics out of all the real steal games, and it’s pretty impressive. The downsides about the game though is that for a lot of the robots, you have to buy. I’m still going to put 5 stars though, as the customer support was really nice and responded to me quickly. My overall suggestions is to make robots earn able by playing the game, and possibly downgrade some of the evolution bots. Seriously though, azura was crazy hard to beat even at evolution 1.
By Mr. Sandboy

Why pay for it when we already paid it

Most of the robots are to overpowered in the story mode.
By Player_141

This Game is great but I need the Developer to see this.

Hello. I love this game so much and it’s just awesome! The thing is that I am +Rian57+ or Rian on the game but i lost all my progress. I remember i made an account but no Facebook login and it's name was Aiden Ancheta. I’ve bought the Build thing and i tried to restore my purchases and it didn’t give me back my purchases. It did with the robots. I also was Rank Legend and have been playing this since 2014. Im sad that i dont have my progress anymore but id appreciate if you could give it back.Great game After all!
By Itsgoku10@828

Game doesn’t let you restore purchases says “illegal software detected” lol how cheap can you get *update* I now see that getting a “corrupt software” or “illegal software” message is pretty common and it seems like the developers are using it to get peoples money without giving them the products they paid for, this game used to be great, now it’s pay to win DONT BUY THIS GAME
By :) :( :-)

Good Game but needs to be fix

I played this game a long time ago, I remember when Gridlock was announced. I got hyped, Now I reinstalled it and the game didn’t feel good at all. It was pay to win I felt like. I was playing story mode to find my self stuck on chapter 3 with an EV0 robot cause there Special does so much damage. I’m just saying you could organise the game more and fix the damage that robots do.
By Rsky on 60 fps

I bought atom and Zeus back in 2014 and when I try to restore purchases it says illegal software and I can’t get them back. I need help.
By Yolo1

It’s is not good anymore And never will be this game is dead and never be fun all enemy’s robots are too overpowered you can’t even kill them.
By tiny5646

Awesome with a cherry on Top

Into the Badlands Blade Battle

Into The Badlands Champions