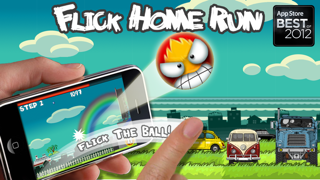 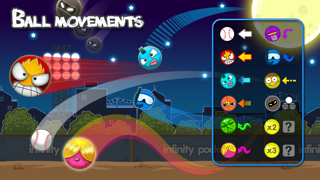 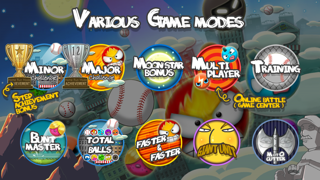 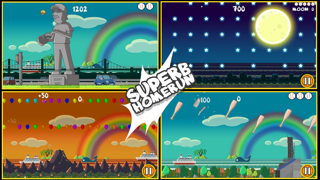 why did i have to just buy this again? i paid for it when it originally came out.
By Cracatoa

Do not get! Theft

All in app purchases and upgrades are gone, with no option to restore purchases. All the time and money spent on this game for nothing.
By bohica68

I’ve casually played flick home run for 2-3 years until recently after getting a new phone. I actually enjoy it BUT it takes way to much to gain experience so it starts getting repetitive and boring. Also, I need 1 more golden bat but it’s in the multiplayer mode and I can never get a multiplayer game going. So I assume no one els is playing! 🤷🏽‍♂️ Maybe have an auto ai take over for multiplayer if there are no real people playing
By Cawfie

Original Version Was 👍🏼 - Since Update 👎🏼

• This Developer would rather cut off his nose to spite his face than make a reasonable concession. • He/She has drawn a line in the sand and absolutely refuses to budge on several points. • Rather than have a fun (and fair) game which is both successful and highly rated, their ego has justified the animosity they feel for users. •We all went on to find another game to play - but you? You’ve only made several games. Just think, this could’ve been your greatest source of income and changed the lives of your family. SELFISH!! SELFISH!! SELFISH!! This was a fun, well-made game. But then, the Developers went bananas! 🍌🤪 Here’s why a lot of people own, but don’t like or play this game now. This was a cool game and I played often, often enough to complete all the challenges on most of the different levels. Then the Developers released an “update” which (probably inadvertently) cleared all the levels which users had completed. What’s worse, they then wanted users to pay them even more $$ than before to start over from the beginning. Not inadvertently.
By America's App Advisor

I will be happy to change my review to five stars because it is an addiction game but i paid 8 dollars for power and both times it didn’t give me it. Is there a way to undo this purchase?
By shbrbd d

A couple of days ago, I decided to play one of my favorite childhood games. And this game is still fun after all this time. I strongly advise all of you to buy. Play the free version for a sneak peak.
By nickname11q1

Fun but takes too long

Decent game but the games take way too long. You can spend 10-15 minutes for one game, which involves just swiping at a pitch every 15 seconds. If they just added a skip button so u dont have to watch every hit or pop up, the game would be so much more enjoyable. Pop ups are just 15 seconds of sitting there frustrated until the ball lands. This isnt one of those games where u wait to play. All u do is swipe at a baseball the whole time so it needs to be sped up. Every time im starting a new game, i weigh whether hitting homeruns is worth the long game time of monotonous and frustrating play. Also really annoying how it doesnt show the pitch type til it crosses the plate. The pitches move fast and erratically, and some of them have the same movement until it crosses the plate which is honestly dumb as hell. Like the blue pitch and the pink one look exactly the same until u have to swing. The blue pitch moves upward and the pink one dips at the last possible moment. Finally the inconsistent hitbox needs to be addressed. Randomly ill hit an easy pitch straight backwards or into the dirt at angles that make no sense. Unfortunately none of these problems will be addressed as the developers havent changed the game in years and seem to not care about improving their one hit wonder of a game. Easy things like the skip button could have been added years ago but seems like theyre okay with unnecessarily wasting time
By guitarfreak1237381939

I am constantly restarting the game and losing progress because the sounds shuts off for no reason.
By brob807

It’s a fun game but do NOT make purchases. you will ve charged but NOT receive the upgrades!
By Upshurg