The best of the Houston area is at your fingertips with the Houston Chronicle app. • Breaking news alerts • Hurricane coverage • In-depth local reporting • Texas Sports Nation • Puzzles and comics SUBSCRIPTION DETAILS: Download the app for free. Choose from two access options: 1. Limited access for free; 2. Unlimited access for only $9.99 per month (enjoy a two-week free trial period) when you subscribe within the app. Current subscribers have unlimited access to the app. Digital subscribers: Sign in to the app to start accessing your benefit. Print subscribers: If you haven’t activated your digital access yet, look for the “link print subscription” button on the app welcome screen and then sign in to the app. PAYMENT: Payment will be charged to your iTunes account with the confirmation of your purchase and will automatically renew each month unless cancelled at least 24 hours before the end of your monthly period. • Subscriptions may be managed by the user and auto-renewal may be turned off by going to the user's Account Settings after purchase • Any unused portion of a free trial period, if offered, will be forfeited when the user purchases a subscription to that publication, where applicable. PRIVACY POLICY: https://www.HoustonChronicle.com/privacy_policy/ TERMS OF SERVICE: https://www.HoustonChronicle.com/terms_of_use/ FEEDBACK: We want to hear from you! Let us know if you have questions or suggestions: appsupport@chron.com. 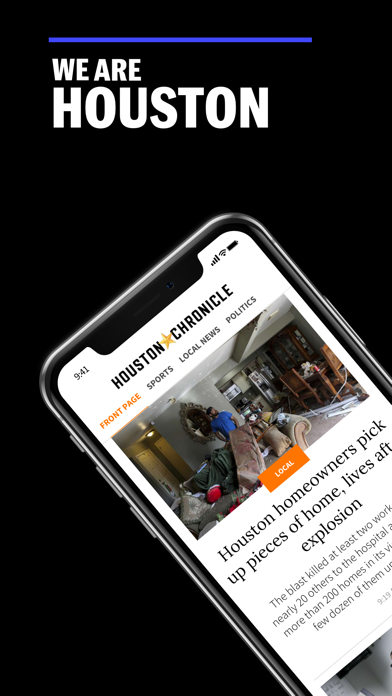 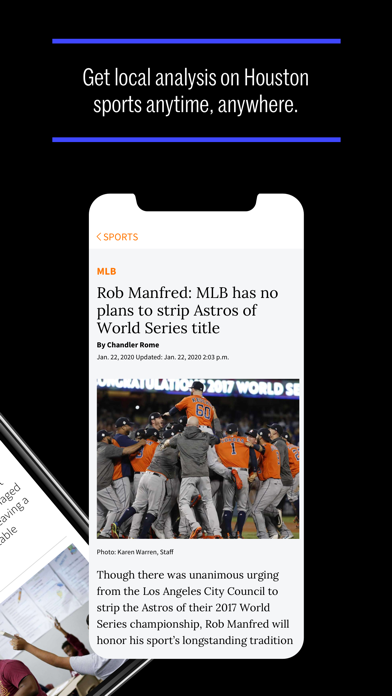 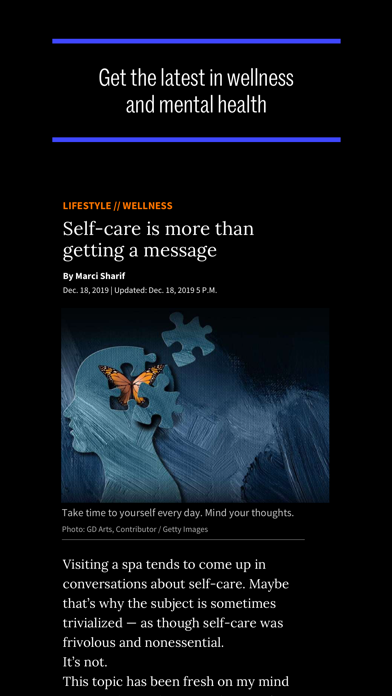 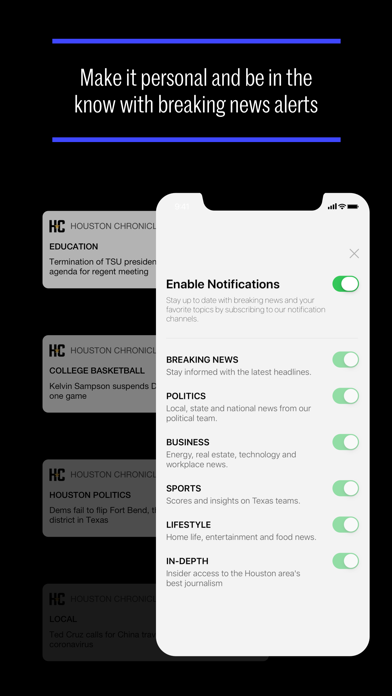 Biased news for the Democratic Party

Articles are oftentimes too long
By bobmacl

When you tap an article to read, the screen keeps refreshing and you have to start at the top again. Sometimes you can’t get back to where you were reading before it refreshes again.
By Latherwas30

Not enough National coverage Sports section only reports local teams. Would like to keep up with Stats of games and other major league teams. Just a very poor Section. Too much retention of past reporting. Have to sift through the old Reporting to get to the current happenings Just not a good newspaper
By williewank

Great local Sports coverage. However, Like KRPC, KHOU etc. The Chronicle covers what the DNC wants covered and uses the same daily “word for word” talking points. I wish they would break away from the tyranically driven talking points and be Courageous as Journalists.
By TX Tombeaux

No longer taking print edition as family member who couldn’t use the digital edition is no longer with us. I use the app primarily for local and state news. I find this iPhone app to be frustratingly unreliable. Several times each week while trying to scroll through an article it will freeze, go back to the beginning of the article, or crash and disappear entirely. This behavior repeats even after killing the app and restarting it. I’ll continue to use other paid national news apps for national and world news. My continued use of the subscription for the digital edition of this publication may depend on whether the iPhone app improves.
By Murgatroyd2009

Fair news coverage, but extremist and delusional Editorial Board who consistently publish out of touch and wrongheaded editorials. Michael 88888
By Michael 88888

Deteriorated to Worthlessness and Irrelevance

As a 12 year daily reader of the Chronicle on this app, I have lived through the good, the bad, the ugly, and the very ugly. For many of the earlier years, the problems primarily were with the apps broken functionality, instability, and accessibility. These early problems have been largely resolved by updates in recent years. Today, the problems relate to poor reporting of the journalism. As many other reviewers have highlighted, front page articles are far from the major news of the day. Instead, it is filled with insignificant local stories that remain on the front page for days at a time. How worthless is a digital newspaper whose front page stories are last week’s school board news! I suspect that the Houston Chronicle management has lost all interest in this iTunes app. Instead, they now offer their own digital subscription that is a high performing presentation of the day’s news, as printed in their daily print editions. I’ve taken advantage of a 6-month trial subscription and it is far better than the iTunes Chronicle app.
By SudokuNut3

The paper app works fine. Content is rarely updated, so you might find typically only 30% new content in each section from the day before. The paper itself is just pitiful. For a city that prides itself in being the 4th largest city in the US the largest paper in town feels like just one step above your high school newspaper. Not sure they understand the meaning of “international section” because there is none in the app and in the paper itself you might missed the news buried among giant ads. Houston has literally hundreds of thousands of expats and foreigners living in the area but the paper pays no attention to what happens beyond our borders. Oh yeah, and if you don't like football don't bother with the sport section. Want to know who won Winblendon, Monaco F1, Champions League, Boston Marathon? Find it somewhere else. Not in this paper.
By Diegofinni

Wish they had more local coverage of nearby counties especially local elections but happy with what they do have.
By RNSt.Elsewhere